My overall
experience using the Axon Mini is a positive one with a few caveats.
When it came to using the OS, the phone was quick and responsive and
there was no noticeable difference for me between using the Axon Mini
and the OnePlus X
in terms of performance. Apps opened quickly, video streamed without
any problems, and the Axon mini is generally a speedy device,
particularly for this price point. That is, when it was working.

On
one occasion, I left the phone downloading the PCMark software. When I
went to check on the progress, the phone screen turned on but when I
tried to swipe up to unlock it, nothing happened. I turned the screen
off and back on and tried again. Still nothing. Then the Axon Mini shut
the screen off itself, and wouldn’t turn it back on for around 30
seconds or so. When it did finally turn back on, the device was
basically unusable, pausing for some time after I tapped on anything and
generally refusing to work. It stayed this way until, I managed to
restart it. Again, this wasn’t while using the PCMark software, just
downloading it – hardly an overwhelming task for a smartphone to handle. 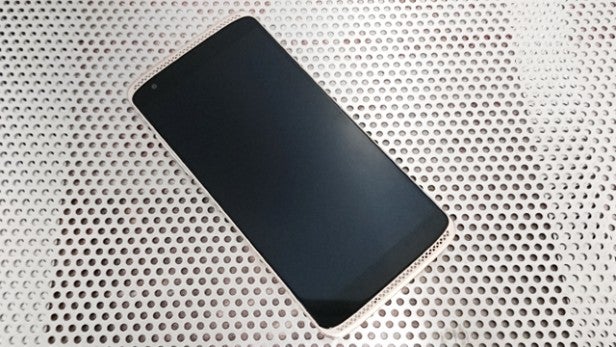 Furthermore,
the screen would sometimes fail to increase back to full brightness
after being left for a few seconds and dimming. These are pretty salient
performance failures, and although I didn’t experience the major
downloading crash again, it definitely marred my experience using the
handset.

So, once I’d managed to actually download them, how did
those performance tests go? With a Snapdragon 616 chipset, the Axon
Mini was never going to wow in this department. An underwhelming score
of 710 on the Geekbench 3 single-core test, and 3,162 on the multi-core
test, pretty much confirmed this. The OnePlus X, with its Qualcomm
Snapdragon 801 CPU, scored higher in the single-core stakes with 915, but
lower when it came to the multi-core test with 2,542. The Nexus 5X, with a Qualcomm Snapdragon 808, beat both with a 1,207 single-core score, and 3,453 multi-core score. 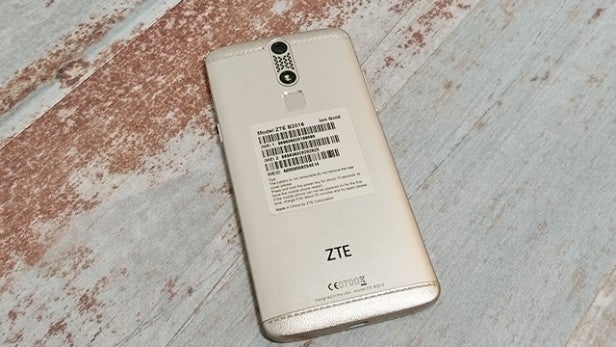 Despite the low
scores, when the phone was working, which was admittedly most of the
time, it felt very snappy. It’s a shame I experienced so many problems, as otherwise the Axon performed admirably.

But what
about all those extra features ZTE packed into the Axon Mini to create
the ‘Premium Edition’? I’ve already covered the pressure-sensitive
touch, but you also have the fingerprint scanner, which is as reliable
as any other fingerprint scanner I’ve used.

As with all others,
you have to make sure you hold your finger at the right angle, which is a
bit difficult with the scanner on the back seeing as you won’t pick up
your phone in exactly the same way every time. It’s also not as good as
the Nexus 5X’s, which is also on the back of the handset, but it’s pretty
reliable and when it works it reads your fingerprint very quickly. You
can also use the scanner to wake the handset without turning the screen
on first, which is a nice little feature. 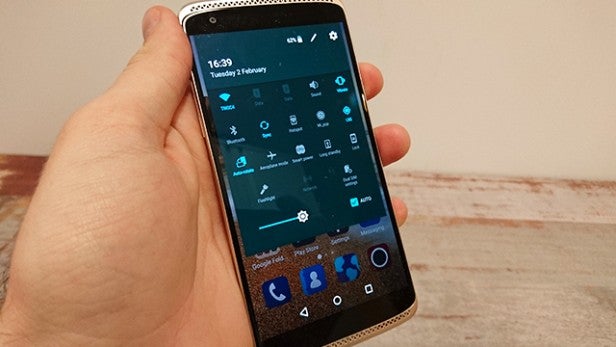 You’ve
also got the eye scanner, which is called Sky Eye for some reason. Sky Eye is
supposed to let you unlock your phone by scanning your iris. I tried to
set it up but was told after about a minute of staring into the camera
that my eye was unreadable. At least the people on the train were
entertained.

I tried again at the office and this time it
worked. Once you’ve scanned your eyes you can use them to unlock things
like a list of passwords or apps you want to keep locked etc. It’s
another nice feature which I never used. Although I’m sure eye
recognition is a perfectly secure way to keep things safe, how accurate
can the front facing camera on your phone be at recognising the
intricacies of the human iris? I would rather just type in a quick password or pattern than
hold the phone absurdly close to my face in public.

On top of
these various verification features, there’s also the voice recognition.
The phone will ask you to repeat a phrase to confirm you voice. The
suggested phrase is ‘open the door’ which I highly recommend you don’t
use as I quickly learned that telling your phone to open the door draws
more than the odd confused glance from those around you. Once you’ve
done this, you can unlock the phone using the voice recognition icon in
the bottom left of the lock screen. 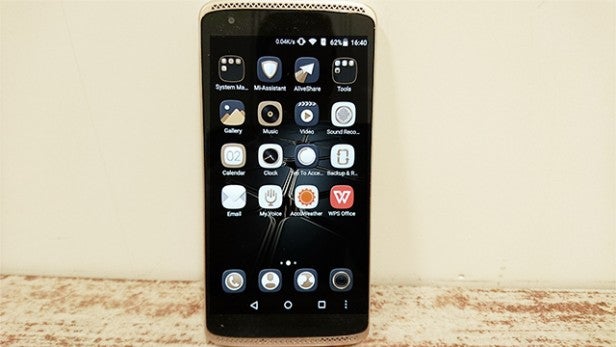 It works almost too well.
Once you swipe the icon and say the phrase, the handset unlocks
instantly. The Axon Mini never had a problem recognising my voice.
Again, I would rather stick with the standard password unlock method but
as a feature, the voice recognition can’t be faulted on performance.

As well as the range of security features, there’s also the ability to add a memory card to expand the 32GB internal storage. For many this will make the Axon Mini a much more
attractive option, even with it’s weird design.