What is the ZTE Axon Mini Premium Edition?

But now the firm has decided the rest of the world is ready to experience the Axon Mini and has made a slightly altered ‘Premium Edition’ available globally through AliExpress. What’s the difference? Well, the Premium Edition comes with a pressure-sensitive touchscreen – think 3D Touch on the iPhone 6S and iPhone 6S Plus. On top of that you get a whole range of authentication features such as a fingerprint scanner, eye recognition, and voice recognition.

Costing just £229.99, ZTE’s angle on the Axon Mini Premium Edition is a mid-range handset that feels like a premium one. With some great options on the market for mid-range smartphones, from the OnePlus X, to the Google Nexus 5X, can the Axon Mini convince the he world to invest in a relatively unknown brand outside of China?

Check out our smartphone buyers’ guide below:

ZTE says the handset is made from ‘Bowing 787 aircraft-grade aluminum-titanium alloy’. It also says this heavy duty material gives the handset a ‘premium look and feel’, all the while failing to mention the back is made of plastic – which means the ‘premium feel’ claim is only partly true. The Axon Mini certainly feels sturdy, but there are a few questionable aesthetic choices that you simply wouldn’t see on a premium device.

The weird fake leather and stitching finish along the top and bottom of the back of the handset is just that: weird. Equally, the front-facing speaker and earpiece grilles don’t seem to fit with the rest of the design and frankly seem a bit incongruous. 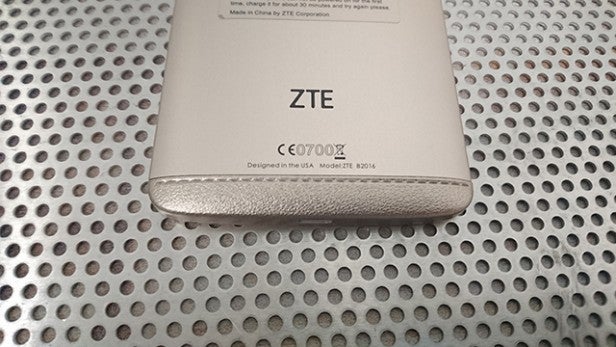 The phone also comes in either gold or silver, there’s no plain black offering. This makes the faux-leather and stitching finish on the back even more bizarre.

The chassis’ gold finish and faintly tribal intersecting triangles make the device feel like some recently unearthed relic, while the false leather and stitching mould make it seem as though the phone is wrapped in some knock-off Kim Kardashian phone case, made to mimic the design of high-end handbags. 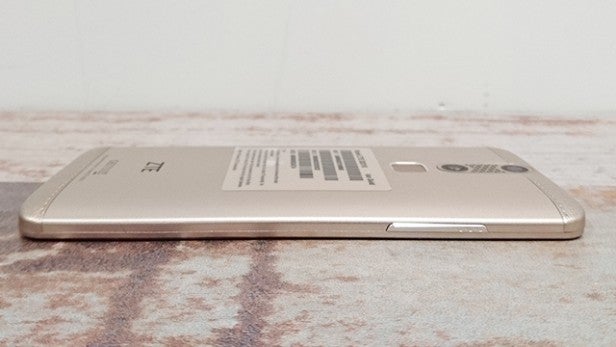 So you’ve basically got a phone that incorporates heavy duty aircraft-grade material, some plastic, a somewhat intricate triangle pattern, topped off with design elements taken from clothing accessories.

Design issues aside, in terms of build quality, the handset certainly feels sturdy without being heavy. It weighs 140g which is slightly more than the Nexus 5X’s 136g, and the OnePlus X which comes in at 138g. The power button is on the top right side of the case, below the SIM tray, with the volume button in the same position on the left. It’s basically the same layout as the Samsung Galaxy range in that sense, minus the physical home and capacitive buttons. 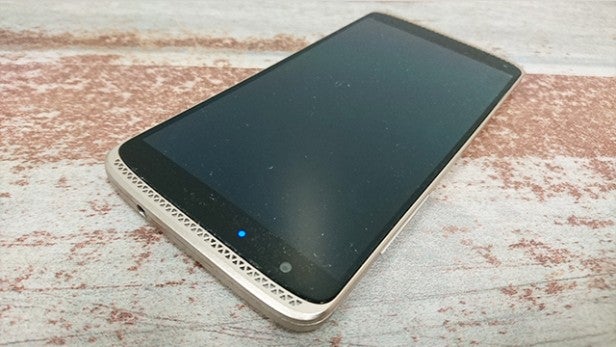 Elsewhere, the bezel around the screen is no larger than on, say, the Sony Xperia Z5, which actually does add to the ‘premium’ feel which ZTE is keen to promote. And the micro-USB slot on the bottom of the case isn’t hidden behind one of those annoying covers you have to prise open.

On the back, which is non-removable, you’ll find the fingerprint scanner, à la the new Nexus phones, and above that, the camera and LED flash. Not content with the already bemusing design, ZTE decided to throw a few more intersecting triangles between the camera lens and flash for good measure. And hey, if you’ve come this far with the whole ‘let’s throw together a load of unrelated design features’ thing, then why not. 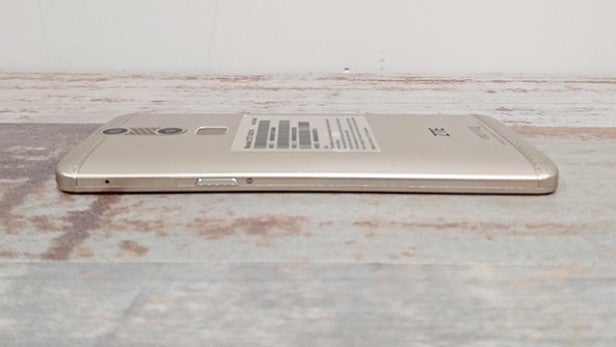 The screen on the Axon Mini is impressive, especially for a mid-range device. The full HD, 5.2-inch Super AMOLED display renders colours well and blacks look deep, as is to be expected with the OLED tech. 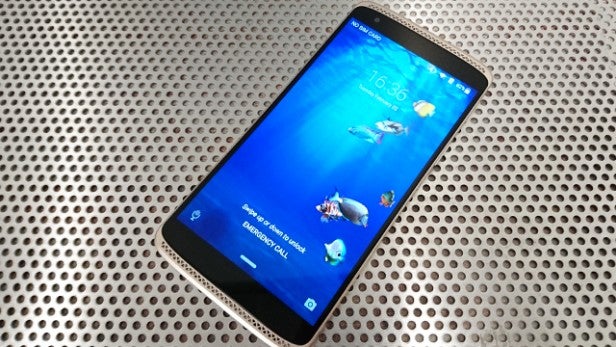 If you’re disappointed by the lack of quad HD, it should be said that an ultra-high resolution wouldn’t make much difference on a screen of this size, and many of the top-end smartphones, including the Sony Xperia Z5 also use a full HD resolution with a 428-ppi density. The Axon Mini’s 424-ppi density is in line with most other smartphones around this size, including the OnePlus X (441-ppi), the Nexus 5X (423-ppi), and Moto X Play (403-ppi).

One of the phone’s main features is the pressure-sensitive touch screen. It’s akin to Apple’s 3D Touch and should find its way onto many of the forthcoming flagship handsets this year, such as the Samsung Galaxy S7.

For a mid-range phone, the pressure sensitivity is a nice feature. In terms of what you can actually do with it, again, think 3D Touch minus a few features like peeking at emails. It lets you access app shortcut menus with a heavier touch, weigh items with a scale app accurate to 1g, and create a “3D” password to unlock the phone using different pressure levels. 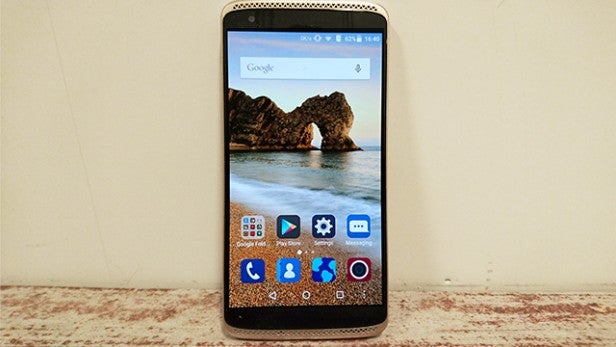 Does it work? Yes. Will it make much of a difference? That depends on whether you remember to use it. Making sure you press hard enough and waiting for the shortcut menus to appear on app icons isn’t all that revolutionary and with most apps it’s actually quicker to just open them. There’s also the lack of support from third party app developers which means it will be a while until pressure sensitivity in general comes into its own.

Some will welcome the feature, especially on a mid-range device such as this, but considering it’s being touted as something truly outstanding, it’s actually kind of underwhelming.