This may be a tiny PC, but Zotac has found room for an Intel Core i5-4200U processor. It’s a low-power chip, but still packs a punch from two cores, a 1.6GHz clock speed and Intel’s latest Haswell architecture. It’s got Turbo Boost, which means one core can overclock to 2.6GHz if a little more pace is required.

The Core i5 processor is augmented with Intel’s mid-range HD Graphics 4400 core, and our sample also comes with 4GB of low-power DDR3 memory.

It’s not a system designed for intensive workloads. In the PC Mark 7 test, the Zotac scored 2,233 points. That’s about a third of the pace of the best full-fat Core i7 chips, and on the same level as £500 laptops. It’s the same story in the Geekbench test, where the Zotac struggled to a final score of 4,685 – less than three times as quick as the fastest systems. 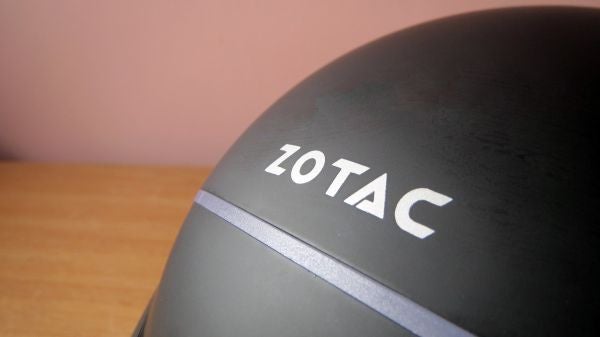 Our gaming tests returned similarly underwhelming scores. The HD Graphics 4400 integrated core hit 28,940 in 3D Mark’s Ice Storm test. It’s that application’s easiest benchmark, and the result is several times slower than systems with even mid-range discrete cards. Don’t expect to play many games with this system: modern games will have to run at their lowest quality settings, and only old or indie titles will run smoothly.

We’d have preferred a 1TB hard disk inside this machine, and that’s not the only department where the 5,400rpm, 500GB spinner disappoints. Its sequential read and write speeds of 70MB/s and 65MB/s are slow, even for a mobile hard disk with a poor rotation speed. Boot times aren’t anything to shout about, either – systems with SSDs are several times quicker. 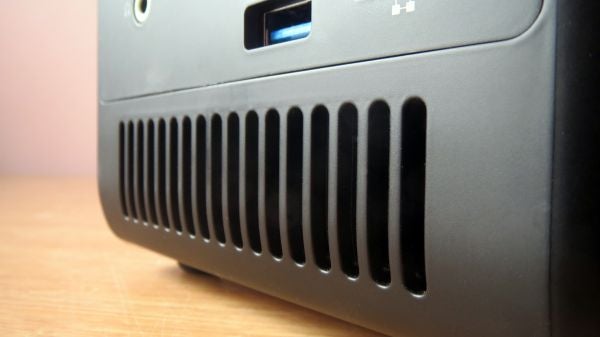 At least modest components don’t provide thermal headaches. When idling and running less intensive software we didn’t hear the single internal fan, and the processor’s top temperature of 36°C was no cause for concern.

The situation wasn’t much worse when we ran the processor and integrated graphics at 100% load. In these tests, the processor topped out at a cool 55°C, and the fan was barely audible. If you’re in a quiet room you may hear its whirr, but low-volume music or a modest office will easily drown the Zotac out.

Our sample is the “Plus” SKU, which means a 500GB hard disk and 4GB of memory is installed, but no operating system – so this model’s £346 price will top £400 if you want to use Windows.

That compares well to other small-form-factor systems. Zotac’s other Plus systems are priced similarly, and involve trade-offs: the CI540 Nano has passive cooling and a 64GB speed that’s faster but smaller than our sample’s hard disk, and it’s got a slower Core i5 processor. It doesn’t look as good, either. 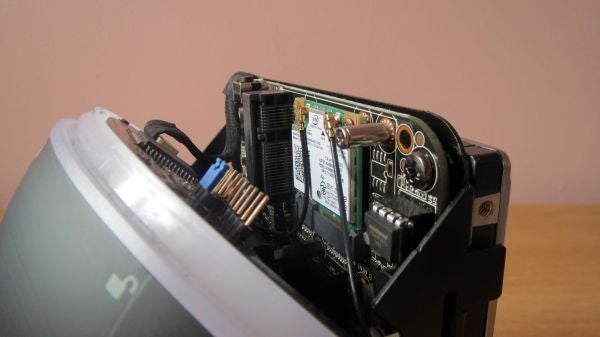 The standard model, without a hard disk or any memory, is cheaper at £276. The cost of new components push it beyond the price of the model we’ve reviewed, but it’s a viable money-saving option if you can use old parts to fill out the spec sheet.

And, of course, neither of Zotac’s SKUs come with peripherals – so if you want to put together a new machine for home or office, then you’ll have to factor in a screen, keyboard and mouse.

It’s an impressive small PC, but it’s worth considering if you really do need a machine that’s so tiny – and if you don’t, a traditional desktop could offer better value. Companies like Chillblast, PC Specialist and Novatech sell £400 desktops with full-fat desktop Core i5 processors, more memory, DVD writers and more expansion potential than the Zotac. 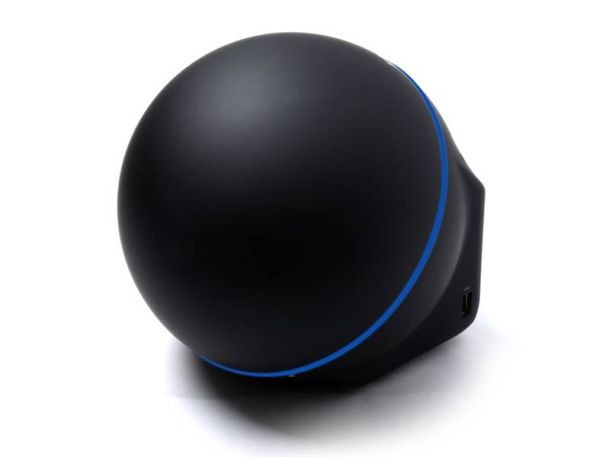 Should I Buy the Zotac ZBOX Sphere OI520 PLUS?

Zotac’s latest small form factor PC has plenty of upside – not least its great, distinctive design. That doesn’t just cover the good looks, as this system is commendably easy to use on the inside, with good upgrade potential despite its diminutive dimensions.

The Core i5 processor and the rest of the Zotac’s specification is only comparable to an affordable laptop, which means performance is restricted. There’s ample power here for general home computing, HD movies and basic work applications, but high-end productivity software and demanding games won’t run well on this machine.

Zotac’s different SKUs need to be considered. The barebone unit is a cheaper option if you’ve already got old components that can be used inside, and there’s little point opting for this tiny PC if you don’t need a small-form-factor PC, as larger desktops offer more bang per buck.

If you do need a small PC, this is one of the best around, with a keen sense of style and a reasonable specification that’s only matched by some of Zotac’s other PCs.

This good-looking small-form-factor system has enough power to handle a wide variety of general computing tasks, and it’s got an accessible interior despite its odd, spherical shape. It’s reasonably priced, and available as both pre-built and barebone units. If you really do need a PC that’s this small, they don’t come much better.

Now you’ve read this, why not take a look at our verdict on 2014’s best laptops