With
the new Android 6.0 Marshmallow version now out I’m a little sad to see
the tablet isn’t even running the latest version of Lollipop. The old
software’s appearance is likely due to the inclusion of Asus ZenUI.

Skins
always delay how quickly devices can be upgraded to new versions of
Android as the company has to tweak their custom code to work with
Google’s – a process that can take months on heavy handed skins like
ZenUI.

I could forgive the ZenPad S 8.0’s use of an out of date
Android version if ZenUI managed to improve the operating system’s
usability or offered a killer custom feature. Sadly ZenUI does neither. 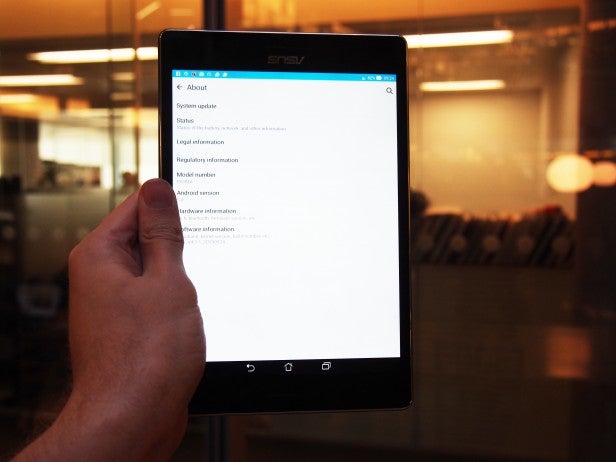 ZenUI
is one of the most intrusive skins I’ve seen in a long time. It
completely reworks Android’s settings menus and adjusts the notification
tray to the point it’s close to unrecognisable.

The changes aren’t
necessarily bad, they just feel fairly pointless. Since Lollipop
introduced Google’s Material Design, the OS has been wonderfully
intuitive to use and I don’t understand why manufacturers feel the need
to mess with it.

Asus has also flooded the ZenPad S 8.0 with bloatware applications that make the user interface look busy and cluttered.

The
entire experience left me wishing Asus had taken a lighter touch
skinning the ZenPad S 8.0, or used an entirely untouched version of
Android.

The
chip is a serious step up from the Intel Atom X3 CPU used in Asus’
cheaper 8-inch Zenpad 8.0.

This puts it well above its cheaper Zenpad 8.0 sibling, which scored 854 on Geekbench and 3,293 in the 3DMark.

The
score does still put it well below more expensive flagship Android
tablets, such as the Galaxy Tab S2 8.0. The Galaxy Tab S2 scored of
4,206 on Geekbench and 19,306 on 3DMark’s Ice Storm Unlimited test. 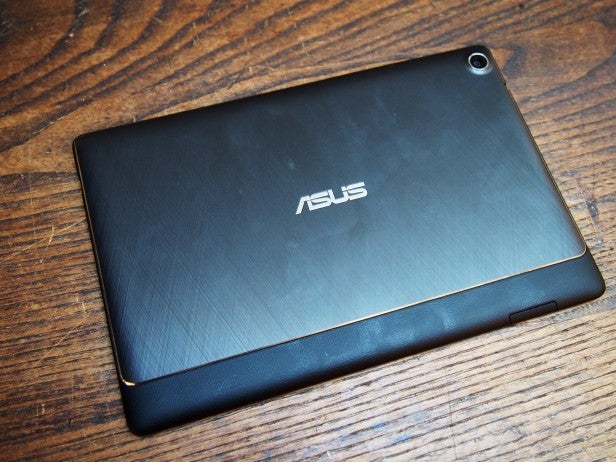 I did notice a few glitches creep in during my time with the ZenPad S 8.0 during my three weeks with it, however.

There
were a few incidents when the ZenPad S 8.0’s screen would inexplicably
stop recognising commands for up to a minute at a time. It would then
add insult to injury by kicking back into life and enacting every
frantic tap I made while trying to spur it back into action.

The
glitch happened very rarely but was a serious annoyance when it did. I
noticed the same issue on the ZenPad 8.0, albeit to a greater extent. I
suspect the issue could stem from the tablet’s ZenUI skin.