This is the second of the new Zeiss Milvus lenses we have tested recently, the first being the 50mm f/1.4. If these two lenses are related in more than just name, we should be in for a treat as that standard lens performed extremely well.

With its short telephoto perspective that’s ideal for portraits, 85mm is a popular focal length, and Zeiss has plenty of competition. Samyang has a pleasingly low-cost manual-focus 85mm f/1.4 model for those who don’t mind doing some of the work themselves, while Sigma offers a rather nice 85mm f/1.4 for those who prefer AF.

Canon and Nikon both have two, with budget f/1.8 options complemented by more exotic faster versions. Canon’s f/1.2 L lens in particular is legendary for its ability to render backgrounds out of focus, but some think the extra width of the maximum aperture costs too much in edge image quality – and money.

The Zeiss lens here costs about £200 more than Canon’s f/1.2 L lens and doesn’t open quite as wide, but going from previous experience that extra money might well be accounted for.

The Zeiss Milvus 85mm f/1.4 uses a design based on Dr Paul Rudolph’s Planar from 1896, although this one includes 11 elements in nine groups. The eight elements either side of the stop are essentially symmetrical, while the forward three include a heavily concave front-facing surface to increase the length of the light path and pull the rear element away from the sensor. Eight of the 11 elements are made of what Zeiss calls ‘anomalous partial-dispersion glass’ – or low-dispersion glass – and all surfaces have been coated with the company’s T* anti-reflective finish to prevent flare and internal reflections.

Zeiss uses what it calls a ‘floating elements design’ in the lens that allows the spaces between elements, and groups of elements, to be adjusted according to the distance between the camera and the subject.

While the company isn’t explicit, it suggests that many more elements are on the move than is the case with most lens designs. AF lenses tend to have a focusing group, but the Zeiss design appears to move multiple groups of lenses along the axial path to maintain best image quality while focus is taking place.

The aperture ring on the Nikon version has markings from f/1.4-f/16, with 1⁄2-stop clicks between until f/11, where a full-stop click takes us to f/16. Body controls for aperture allow 1⁄3-stop steps to be taken, and those who like to use their DSLR for movie making can deactivate the clicking ring altogether to create a smooth-motion iris adjuster. 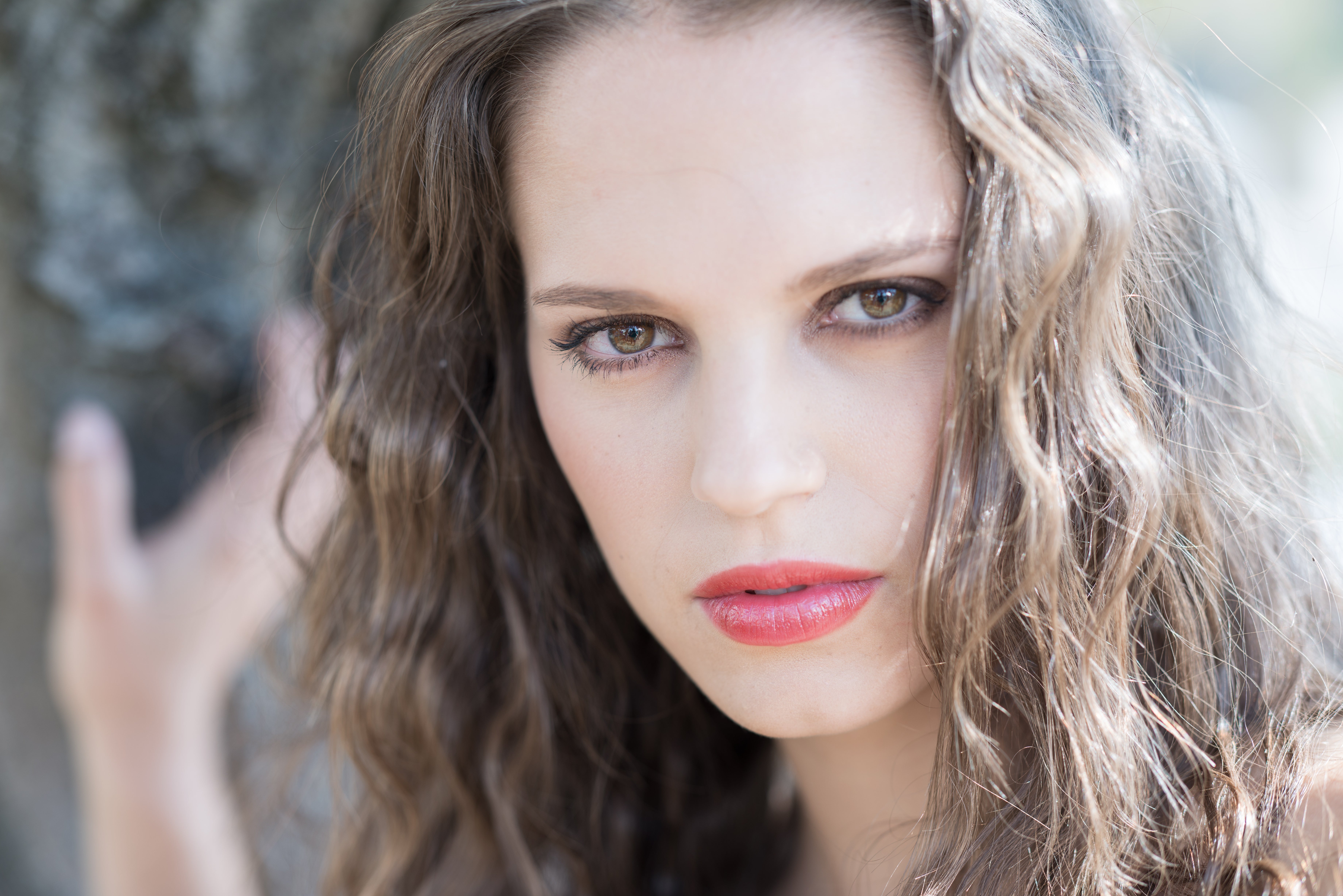 Closed down a couple of stops, the 85mm combines bitingly sharp detail with attractive background blur

The Canon version obviously does not have an aperture ring at all – the lens only comes with a mount for Nikon F (ZF.2) or Canon EOS (ZE) cameras. Both models produce an image circle extensive enough to cover a full-frame sensor. 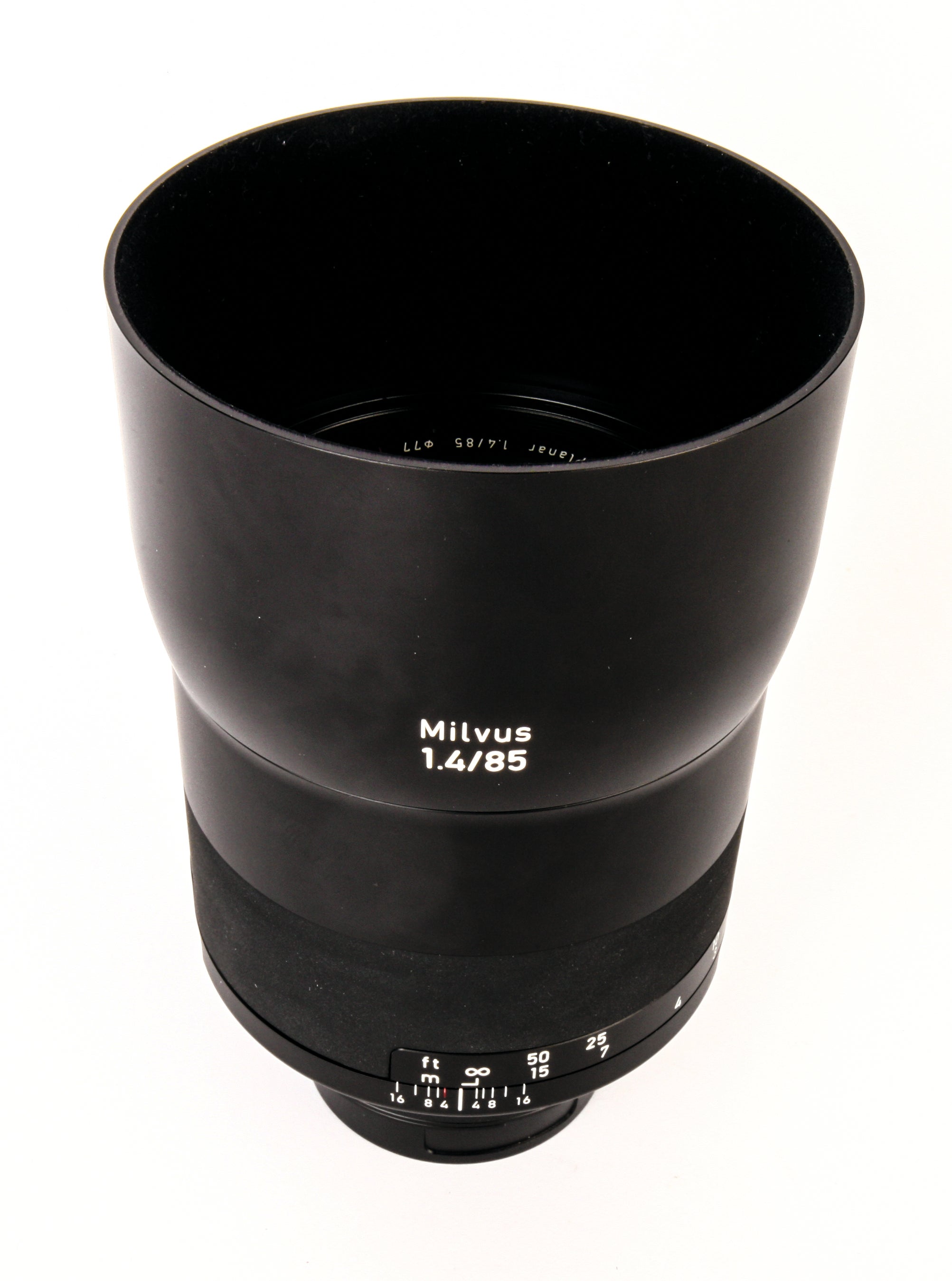 As we might expect by now, the Zeiss Milvus 85mm f/1.4 is not a small, compact or lightweight lens – far from it. Big, dense and heavy, it feels as though it has been carved and polished from a solid lump of metal. At 1.2kg it isn’t excessively heavy, though – just heavier than most lenses of its size. It is, in fact, even better looking than the 50mm lens we tested before, as its extra length provides additional road for those dangerous curves. The dull matt paintwork is very classy, and the 22mm-thick rubber band that forms the focusing ring is nice to the touch.

It feels well made – as though it will last forever. Even the hood is beautifully crafted, with felt lining the interior of its 1.5mm metal thickness as it extends 56mm from the front of the lens and flares out and back to a 100mm diameter at the forward end. As with the 50mm, the hood flips over to fit perfectly around the shapely barrel for storage.

I used the lens on the Nikon D610 and found the two perfect companions when it came to balance and operation. As the lens is big, it is much more suitable for pairing with larger DSLR bodies, and cameras that are approaching an equal level of construction. Focusing at f/1.4 is extremely difficult in all but the most contrasty of light, so a great deal of care needs to be employed.

I used the focus-indicator system that exploits the camera’s AF points and uses them to measure when the subject is sharp. With the D610 AF points gathered as they are around the centre of the screen, and I found myself fretting slightly as I focused and recomposed, as the distance between the lens and the subject invariably changed enough to show with such a shallow depth of field. While tripod-mounted and in live view I was able to focus anywhere across the frame, working handheld often meant closing the aperture to a safer setting.

As tiny focus adjustments will inevitably be required, the focus ring asks a 270° rotation to take it from the 80cm position to infinity. This provides a good deal of potential for precision, and the operation of the ring is so comfortable that working manually has been made as convenient as possible. The clarity, contrast and sharpness of the lens have maintained clear separation between the fine tonal shifts – even in the darker midtones

I thought the resolution of the Milvus 50mm was exceptional, but in some ways this 85mm goes a step further. Corner resolution wide open is nothing short of amazing, which is fabulous as it is the weak point of most lenses of this type. In fact, corner resolution wide open is better in this lens than some lenses manage in the centre of their circle, even with the aperture closed 2 stops. Indeed, the corners read just as sharp as the centre in our software-driven lab tests at f/1.4. Stop down to f/2 and the centre sharpens up further, with an impressively high reading that indicates excellent fine-detail gathering.

The ability to collect information increases as the aperture is closed to f/4 where it stabilises while the corners close the very small gap between them by f/5.6. Resolution decreases slightly to f/11, and a bit more by f/16. Portraits shot at f/4 and f/5.6 will be brimming with crisp detail – so much, in fact, that some delicate sitters might be glad of a soft-focus filter.

A common issue with longer lenses with wide apertures is the chromatic fringing that has the power to influence the apparent colour of finely detailed areas, as well as slightly reduce contrast and resolution. I can’t tell you that chromatic fringing is completely absent in images from this lens, but I can say they are extremely moderate and only occur in pictures taken with the widest apertures and in out-of-focus areas. By f/3.5, all signs of it are gone.

It is at f/2.8-f/5.6 that we can best study the effects of the aperture on the way out-of-focus highlights are rendered by this lens. Where a light bulb is caught in a background at f/3.5, it can be rendered as a distinct nonagon, but where the highlight is less obvious, such as in reflections and bright objects in the distance, the rendering feels more rounded and natural. The discs of out-of-focus highlights remain mostly circular right to the edges of the frame, which is quite an achievement. Backgrounds are very smooth and not distracting, even at f/5.6 where the shape of the nine-bladed aperture plays a greater part in directing the light as it passes through the lens.

In all, this lens produces images of exceptional quality, although it takes some skill to get the most out of it. 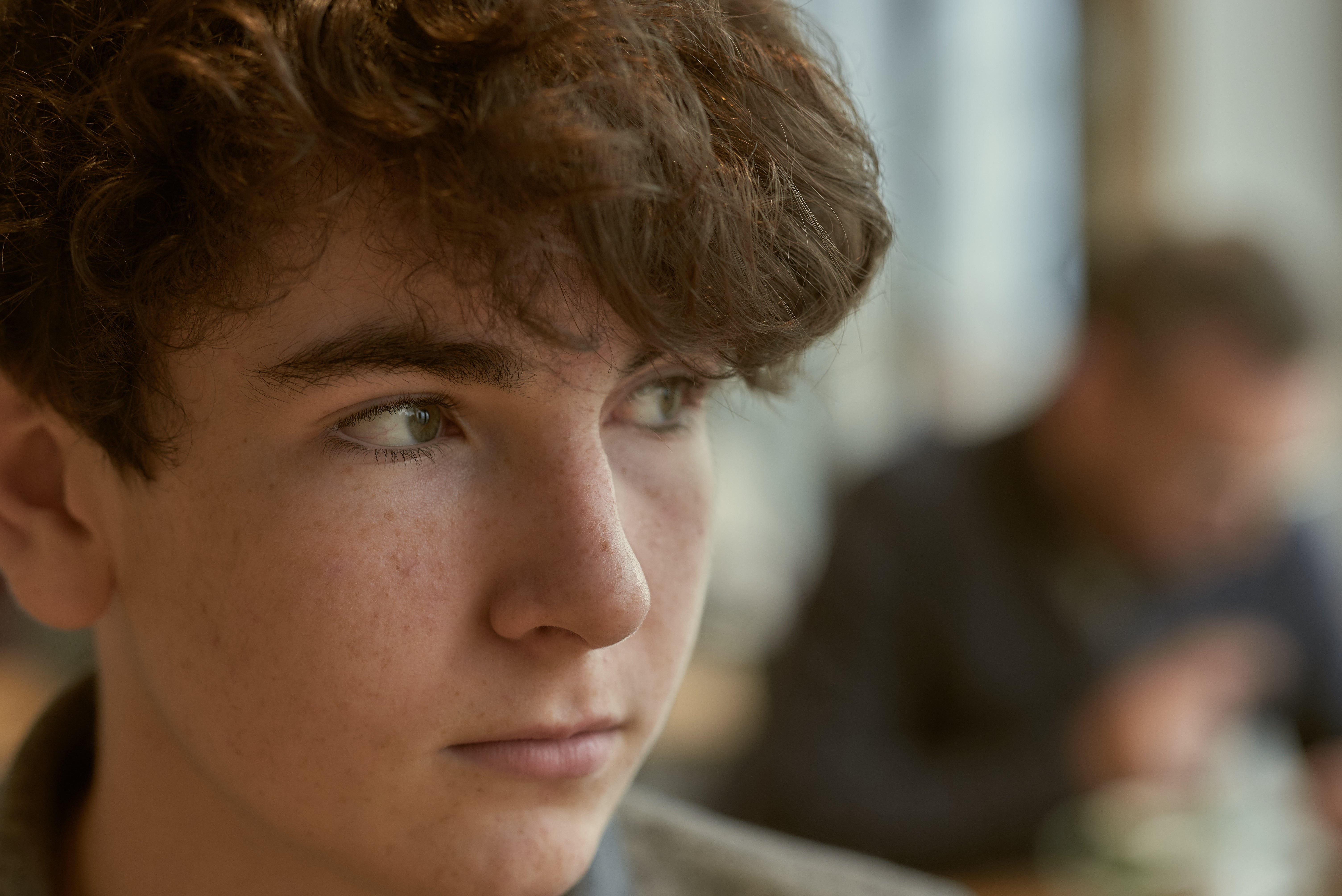 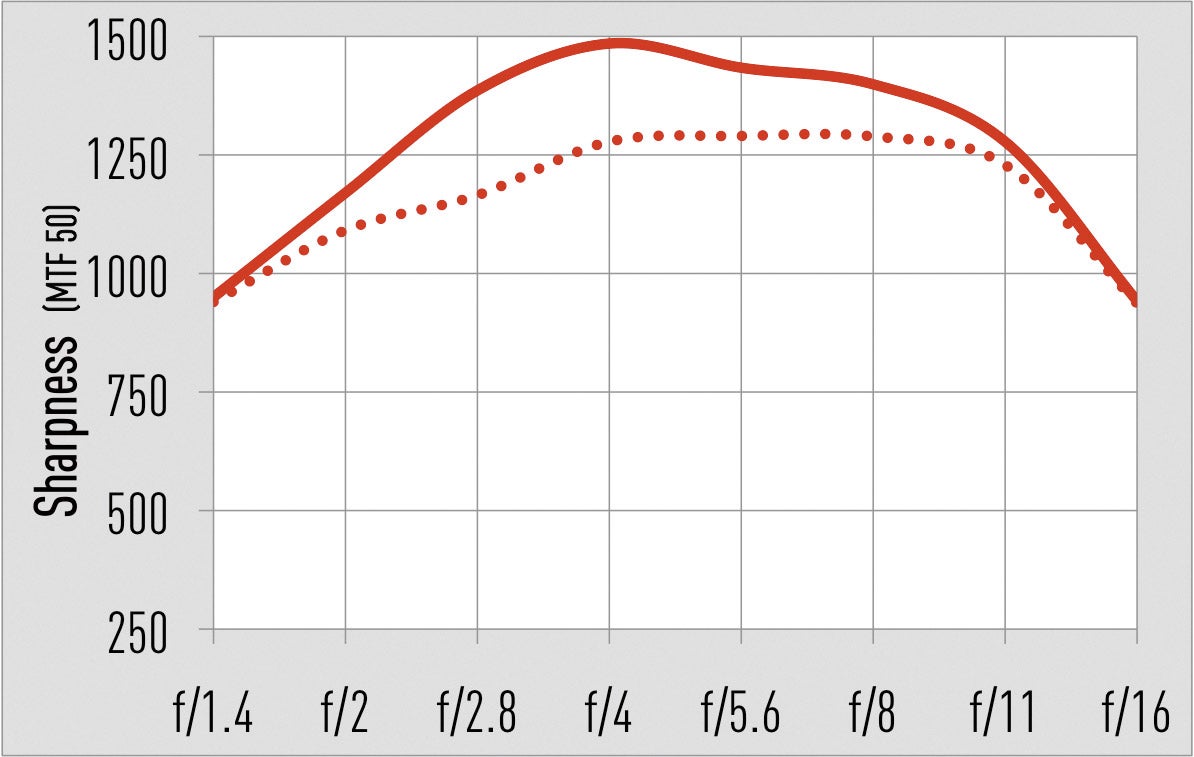 Corner definition is never very far behind that of the centre of the imaging circle, even at the widest apertures, which is a sure sign of a quality lens. That the resolution readings are so high only makes this more incredible. The best resolution comes at f/4, while frame uniformity is better at f/5.6 and onwards. Even fully closed, resolution is very high. 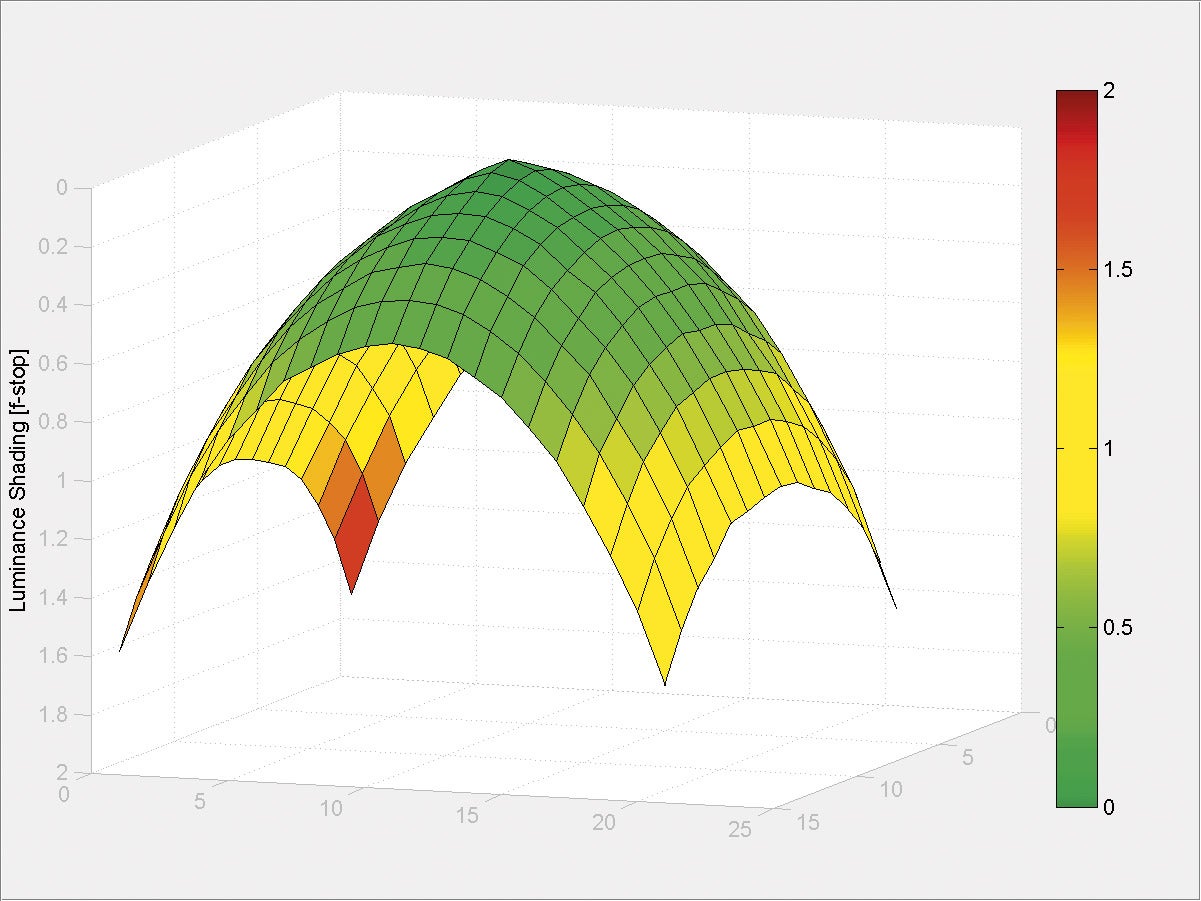 Vignetting is dramatic when the lens is at its widest settings, with the corners very noticeably darkened   by about 1.6 stops at f/1.4. Close down to f/2 and the light fall-off practically halves, to around 0.9 stops. Some shading still exists at f/2.8, but is effectively gone at f/4. For portraiture the vignetting can be used creatively, although realistically work will start at f/3.5-f/4, otherwise not enough of the face will be in focus. 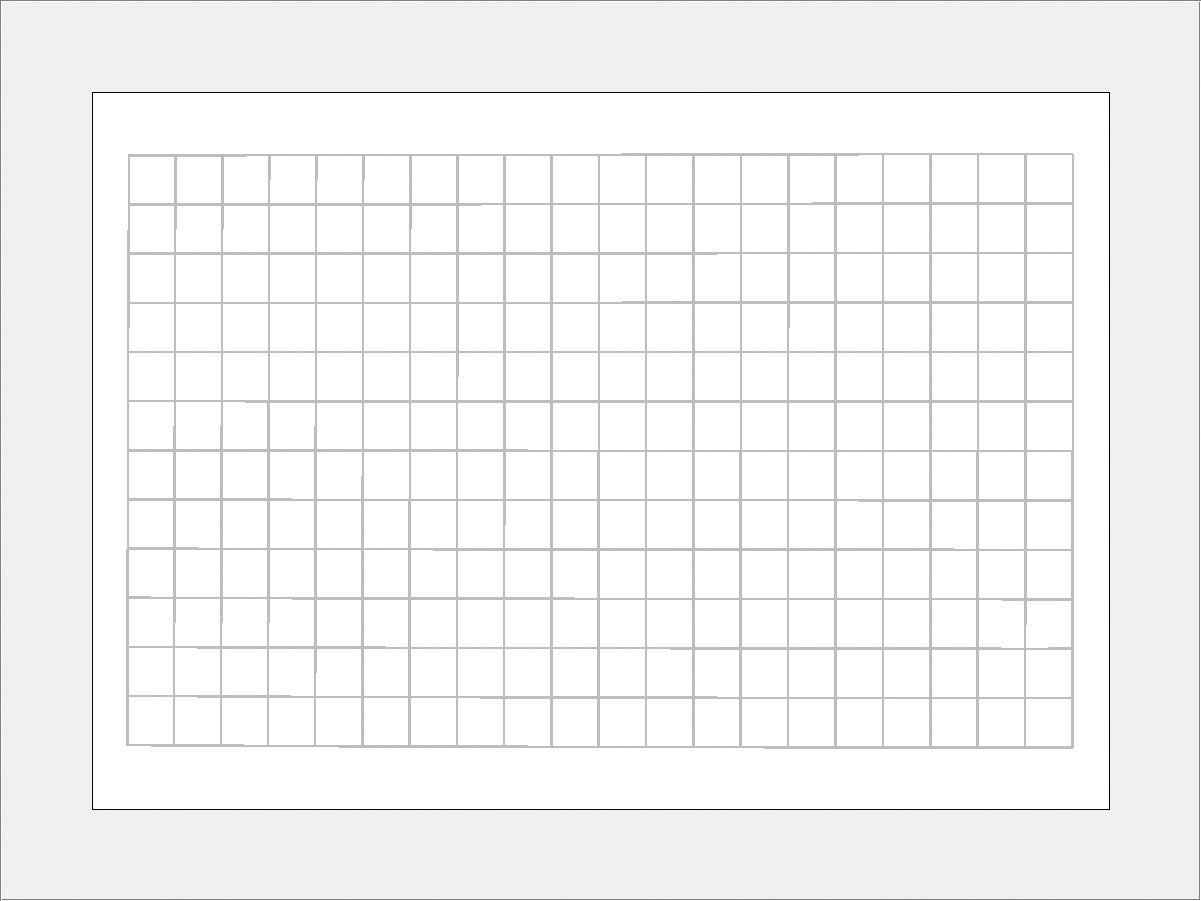 The degree of distortion present in images from this lens isn’t worth writing about. Even technical operators will be happy, but I suspect most users will be shooting natural subjects in which distortion is rarely obvious anyway. 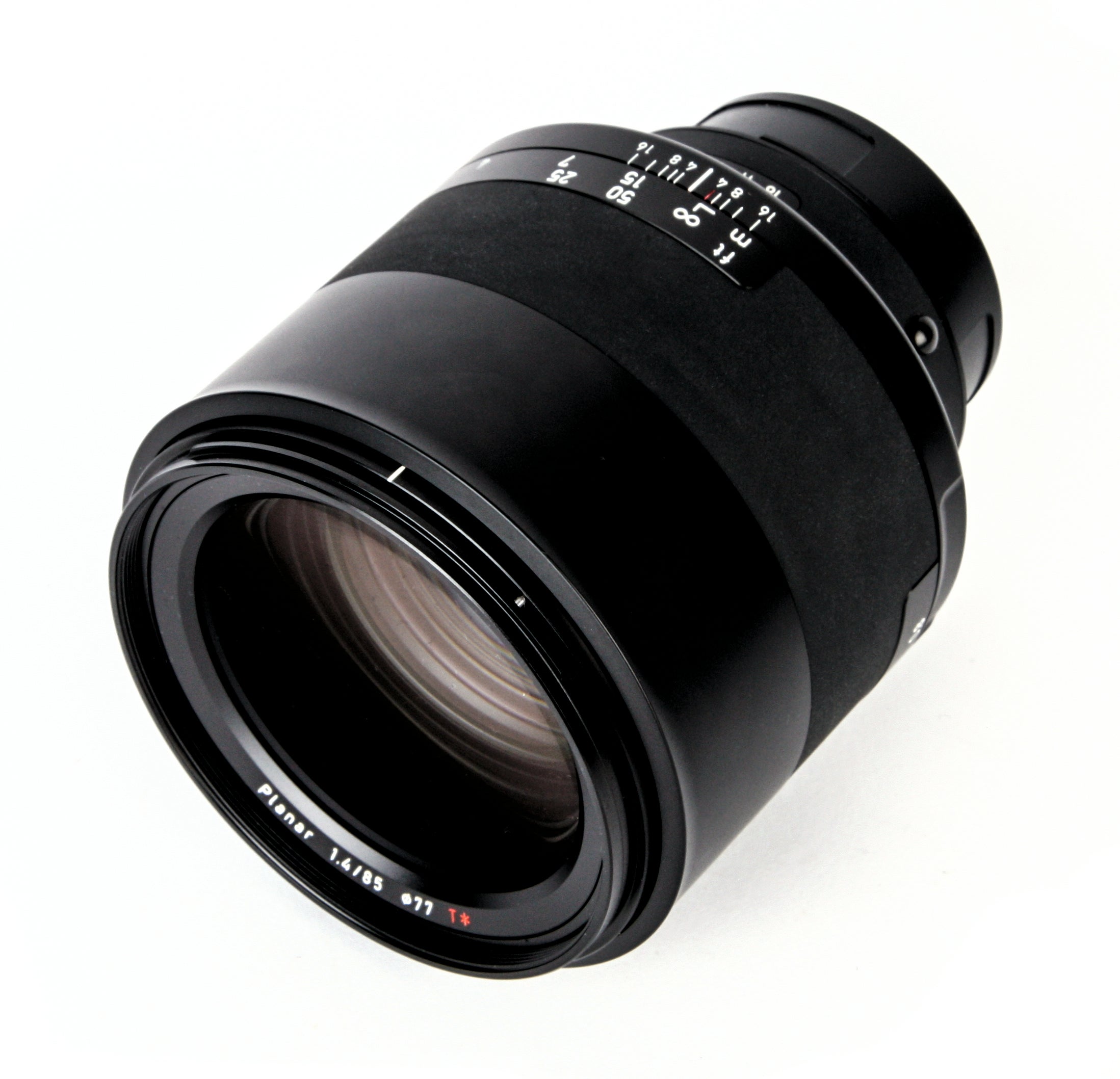 Size really does matter when it comes to optics for full-frame cameras, and while carrying a big and heavy lens around is not always an attractive proposition, the quality that this particular big, heavy lens produces makes the inconvenience more than worthwhile. It outperforms other 85mm fast aperture lenses on every count – it looks fantastic, it feels fantastic and its images are filled with sharp detail and well-corrected aberrations.

The weight of those 11 large elements is directly related to the level of correction that is applied, and the lengthening of the optical path that creates the extensive barrel proportions is what helps to make corners almost as sharp as the centre and which banishes chromatic fringing.

This really is a costly piece of equipment, but if you want the best you will appreciate what this lens offers. Once used, others diminish by comparison. It is the finest 85mm around.