The Zeiss Cinemizer glasses manage to minimise some of these problems. Using an OLED display, contrast and the richness of the colours is impressive – far better than the milky LCD panels used in some other sets. 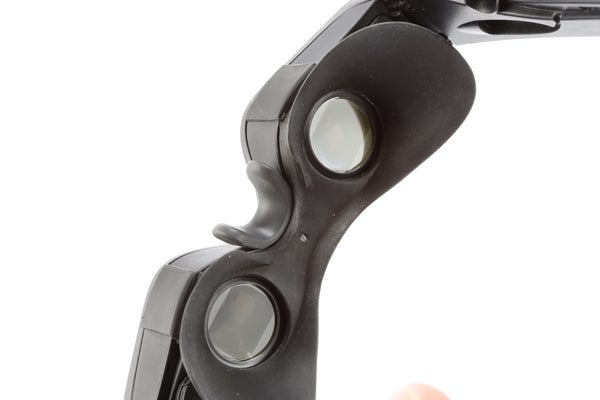 The rubber seals that bridge the gap between the glasses and your face – an optional accessory – do an excellent job of blocking out the outside world. Even without them applied, the screen is pretty clear indoors too.

However, the Zeiss Cinemizer image is still far from perfect. Our biggest issue is that the resolution isn’t quite good enough for the most “mainstream” group that would appreciate a gadget like this – gamers. The resolution of each eye’s display is 870 x 500 pixels.

It’s enough to offer decent image quality despite being a way short of the lowest HD standard, 720p. However, text suffers. No PC/console games are designed with such a low resolution in mind these days, and interfaces feel compromised.

Compromise isn’t something that’s in the forefront of your mind when considering an £600 luxury gadget.

However, no head-bound display currently offers a solution on this front. The current (dev) version of the Oculus Rift is far worse, stretching a similar resolution over a greater “virtual screen” area and the higher-res Sony Personal 3D Viewer is much larger and heavier. 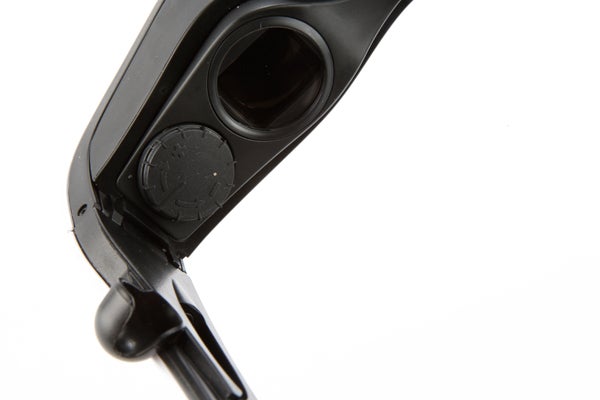 Those who haven’t experience video glasses before may also be slightly disappointed by the size of the screen. This isn’t a world-devouring IMAX-style immersive experience. It can roughly be compared to a 42-inch TV a few feet away or – at a stretch – a smaller cinema screen. However, settle down with the rubber isolator attached and it’s a pretty immersive experience when, for example, watching a film.

There is one more distracting image quality problem, though. The lenses used in order to trick your eyes into believing you’re seeing a large screen far away rather than a tiny one up close cause some colour distortion.

Areas of white image cause a purple bloom that hangs over the screen, spoiling the otherwise decent colour reproduction. As with the resolution issue, this affects high-contrast areas like menu systems worse than movies, although it’s noticeable whatever sort of content you’re looking at. Image quality enthusiasts will not be pleased. 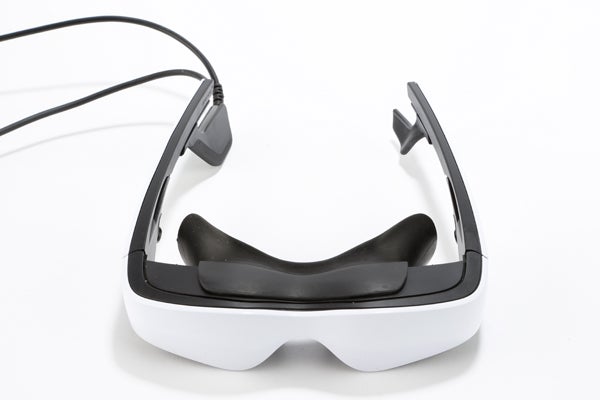 What wins the Cinemizer back a big ole’ handful of gaming cool points is the head tracker. This is an another accessory that slots into the glasses themselves, turning them into a virtual reality simulator.

The tracker functions just like a mouse – so if you’re a glutton for punishment, and neck ache – you could use it to operate Windows. It’s much more effective as a game controller, though. As you merely plug it into a standard USB port, it’s surprisingly versatile, working well with PC first-person shooters – perhaps the most obvious gaming partner for the Zeiss Cinemizer. 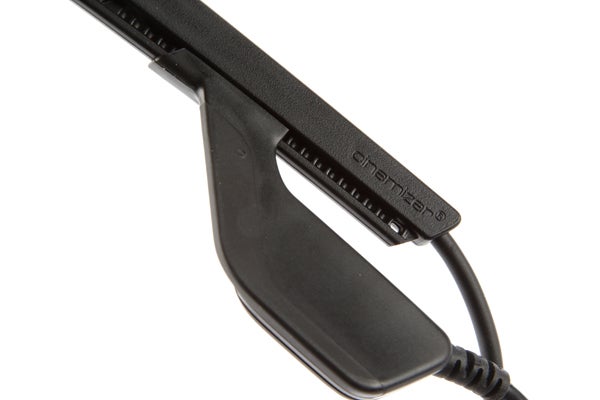 Move your head and your character will look around – it’s the VR dream brought to life. However, it feels ever-so- slightly jittery in use and games won’t support full movement without a specific driver (to add “head tilt” movement). It also costs around £180, which will be prohibitively expensive for many – like the glasses themselves. The tracker also reduces comfort, as it’s harder than the rubber stabiliser it replaces.

Zeiss Cinemizer – Value, Should You Buy?

Having used the Zeiss Cinemizer glasses for films, TV-watching and games, we’re confident in saying that while they offer a great experience among video glasses as a whole, the picture quality issues make them a tough sell. For the price, you could buy an excellent TV instead, so you need to be in a niche that truly benefits from the Cinemizer’s distinct skills to make the purchase worthwhile.

Zeiss offered us a few groups that might find particular use for the glasses, the most striking being radio controlled plane enthusiasts, who could use the CInemizer to get a “plane’s eye” view. And, of course, the shackles on their wallets will already have been bust open, having bought a miniature aeroplane. 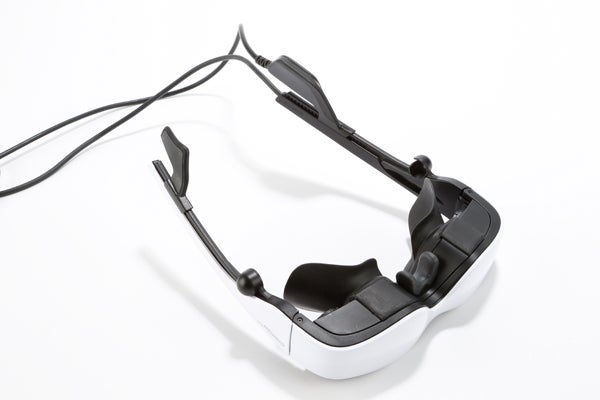 For gamers and movie enthusiasts, the expense is much harder to justify. With the head tracker, you’re looking at an outlay of £800, or around £600 without. If Zeiss could stretch to 720p an eye and rid the glasses of the colour distortion issue, we’d be looking at an attractive plaything for flush folk. However, until generational shifts in display tech come around, it’ll be limited to a distinctly niche audience.

The Zeiss Cinemizer are undoubtedly among the most practical, high quality video glasses we’ve used. Among their peers, they’re relatively practical, comfortable and offer good, if not stellar, image quality. However, the price-to-experience ratio remains hard to accept. It’s a solid effort, but not one that breaks through the crust of traditional video glasses issues to appeal to a truly mainstream buyer. That was arguably never Zeiss’s aim, though.