What is the Zeis Cinemizer?

“Virtual reality video glasses are the future,” was the thought of many a child who grew up in the 80s or 90s. Now it all seems a bit silly.

However, video glasses are slowly getting to the point where their embarrassment factor is minimised by performance. The big shot of the moment is the Kickstarter-backed Oculus Rift, but the Zeiss Cinemizer is a slightly more sensible affair.

These video glasses aren’t cheap at £600, but they are less ridiculous looking and perform better than most glasses we’ve tried, and the head-tracking feature is particularly good fun. 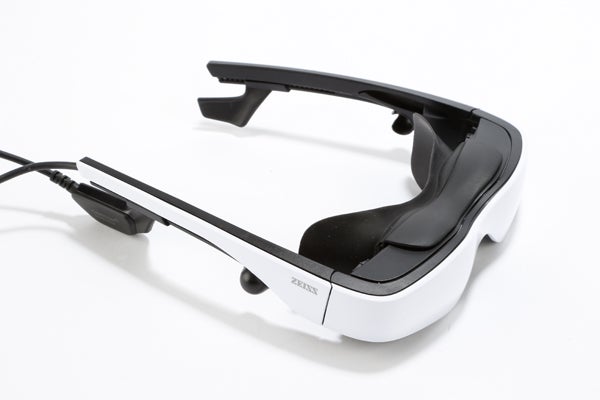 Google’s Glass project is the darling of smart glasses, but the Zeiss Cinemizer are much more traditional in their approach. These glasses do not offer a heads-up display that gives you access to the internet, or information about the world around you.

The Zeiss Cinemizer are video glasses. They are connected to a power pack block, but supplying the juice and a few controls/sockets is more-or-less all it does. Their brains are very limited – you need to plug them into a video source to work. It’ll plug into anything with an HDMI port, and supports 3D content with sources like a PS3 or PC. 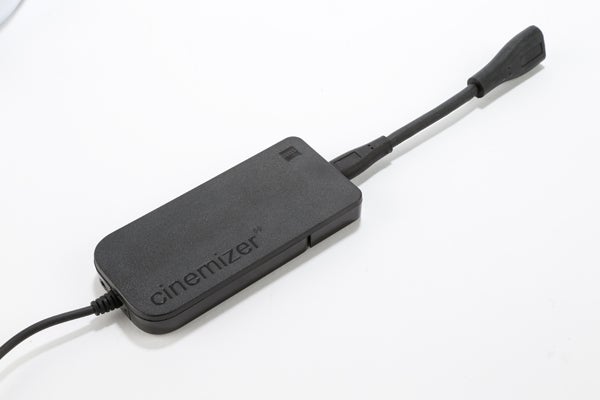 In order to give you the immersive effect video glasses are out to achieve, the Zeiss Cinemizer use tiny OLED displays that sit in front of your eyes. In order to fit these in, the glasses have to be fairly large.

However, we’ll hand it to Zeiss, they’re distinctly less embarrassing and/or shoddy than any video glasses we’ve reviewed. They’re better-made than the Epson Moverio BT-100, slightly less ridiculous than the poorly-camouflaged Vuzix Wrapwear 1200 and a good deal smaller than the Oculus Rift (which we are, sadly, yet to try).

Let’s not overstate matters, though – they still make you look like a bit of a twonk. 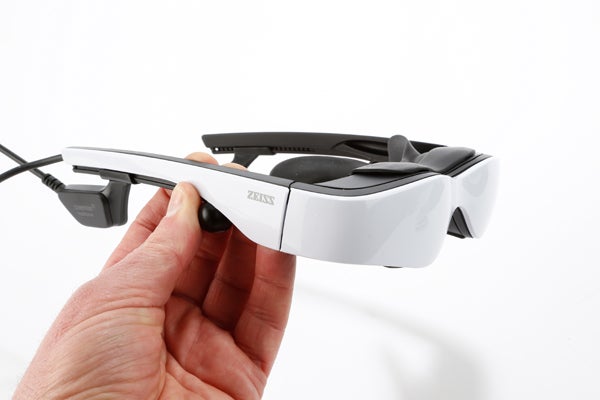 The Zeiss Cinemizer are fairly comfortable and impressively secure in-use. They are worn much like an ordinary pair of glasses, and use adjustable rubber guards that sit behind each ear to keep the set in place – especially important when using the head tracker accessory, which we’ll cover later.

They are necessarily heavier and less comfy than a “normal” pair of glasses, and you wouldn’t want to wear them for hours on end, but after optimising their seating you can wear them for an hour or more without suffering.

One of the most sensible hardware extras of the Cinemizer is compensation for people who wear glasses. They offer -5 to 2 adjustment (which will make sense to anyone with glasses), so you don’t have to wear specs while using them.  You adjust these settings using little dials by the eyepieces. It’s a great feature, but doesn’t appear to compensate for astigmatism and takes a bit of fiddling as there’s limited fine-tuning. 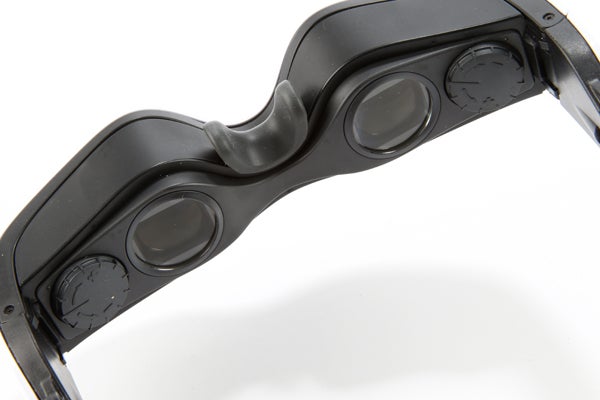 Designed to be an end-to-end product apart from the video source, the Zeiss Cinemizer has a 6-hour battery unit that’s attached to the glasses with a cable and there are little bundled IEM earphones that plug into the glasses – each with its own mono 3.5mm socket on each arm. Unfortunately, you cannot use your own earphones as while there’s a 3.5mm socket on the power block, it’s an AV input, not a headphone out. 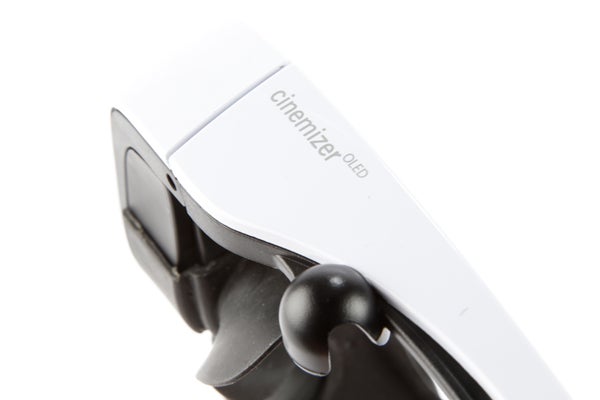 The earphones are entry-level fare, let down more by the poor-quality rubber tips than the actual sound quality of the earphones – which is roughly on-par with the Creative EP-630. Zeiss offers some higher-grade customised Sony headphones, but as these cost $159 they’re anything but an impulse upgrade.