Zalman makes some of the most sought after coolers on the market. Well known for shiny designs, low noise and excellent cooling, there is very little to disappoint. Many graphics cards manufacturers choose to install Zalman coolers on their high end models because of this. That said, many cards aren’t offered with this option, but there is always the possibility of fitting your own.


Today, I’m looking at the Zalman VF700-BP01, which is a copper graphics card cooler. I have chosen the Inno3D 7300GT to fit this to. The cooler I replaced was hardly bad, as it did a good job of cooling in a quiet manner, and in reality it’s not one I would go out of my way to replace, but this card overclocked to an incredible 720MHz core and I was interested to see if a better cooler could help it reach even headier heights. 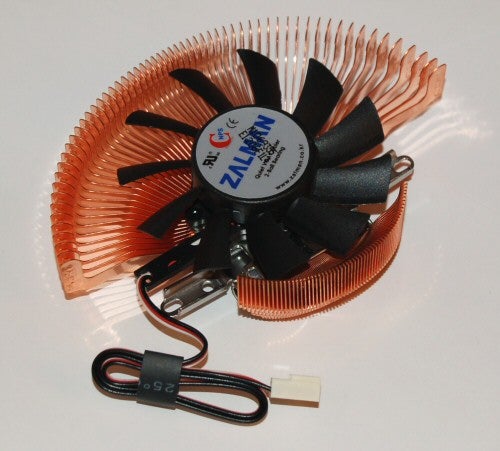 The main part of the kit is obviously the cooler. The fan is described as a quiet 2-Ball bearing affair. 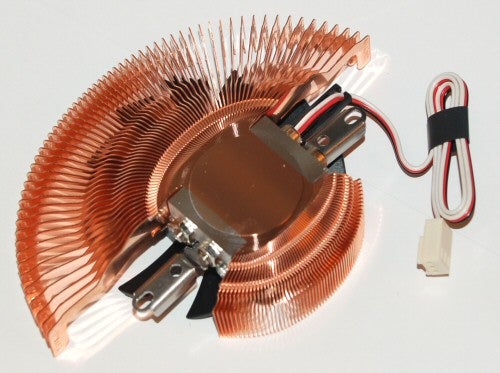 The base is a solid copper, with a considerable number of copper fins coming out of the base in a radial pattern. In the smaller section, the fins are much more densely packed while the large fins can be sprung with a wipe of a finger, giving off a pleasant tone. These fins increase the surface area of the heatsink, allowing more air to come into contact with copper. This principle is the same for pretty much any heatsink, but by having them in a radial pattern, it better matches the way air leaves the fan for more efficient cooling. 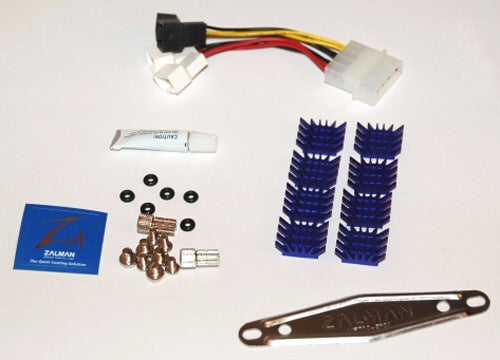 Also included is the above. You’ll notice eight self-adhesive memory heatsinks, a selection of screws, a molex to three pin fan converter and some thermal paste. There are also detailed instructions included, which I duly followed.

The first thing I did was to remove the old cooler. I was impressed to see that Inno3D had decided to use thermal paste instead of the gum style pads I often see – this alone could account for why it overclocked so well. 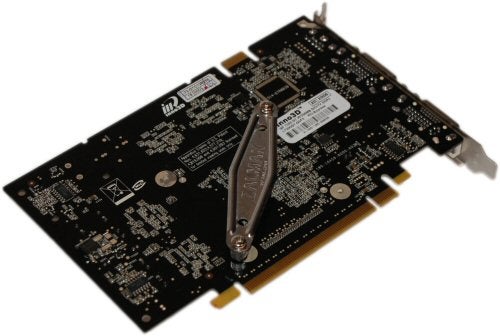 I then fitted the mounting screws, which used rubber washers to stop anything shorting out. This also involved a backing plate that sits about 5mm away from the PCB and just helps take the clamping strain so the PCB doesn’t have to. 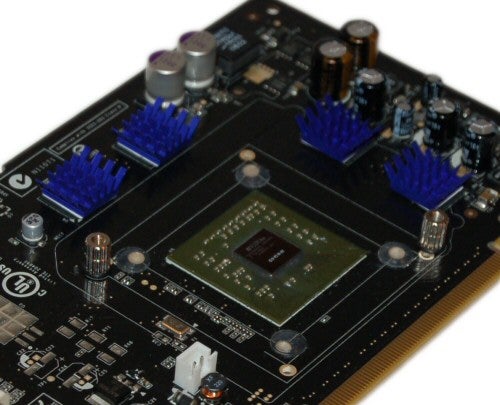 As the memory is underneath where the cooler would be – I also fitted the memory heatsinks or “ramsinks”. To fit these, it was just a case of peeling off the backing plastic and placing them on. The 7300 GT only has four memory modules, so i had four left over. These are quite useful for placing on any hot points on a motherboard that are usually left that way, so keep them in a safe place for use later. 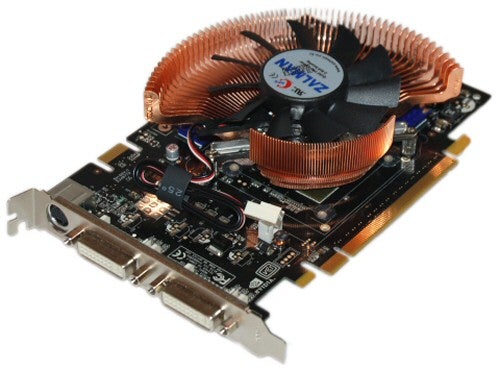 A small amount of thermal paste was applied to the core and then just two screws were used to secure the cooler. I think you’ll agree that the black, copper and blue finish is quite appealing.


It took me less than ten minutes to fit this Zalman kit and that’s including taking photos along the way. It’s simple enough that anyone should be able to cope with it.


Worth noting, is that the fan no longer plugs on to the graphics card PCB, but uses a three pin fan connection instead. To power this you’ll need to plug it into a fan header on the motherboard, or use the supplied Molex adapter.


Using this cooler, the card was cool to the touch and very quiet. There was a noise, but it was a near silent “whoosh” rather than the whine you usually get from smaller fans. Unfortunately, I couldn’t overclock the card any further – possibly suggesting it needs more voltage than it does cooling.


The Zalman VF700-CU is quick to fit and good looking. At £23.49, if your graphics card is noisy – this is a no brainer. Just make sure it’s compatible with your particular card.