The main aim of YouView is to make streamed TV accessible for those who aren’t obsessed with technology.  It brings together the on-demand portals for the main UK channels, and jams their content into the familiar and friendly Freeview EPG.

The first box to feature the system is the Humax YouView. It looks just like a normal PVR because – in many respects – it is one. It features dual Freeview HD tuners and a 500GB hard drive, so if all you want to do is watch “current” TV you can.

Also designed to be simple and unassuming, the remote control looks just like any other. Unlike the Sony Google TV box, there’s no trackpad, just good old buttons. YouView wants to wipe away the disjuncture between broadcast TV and streamed TV. 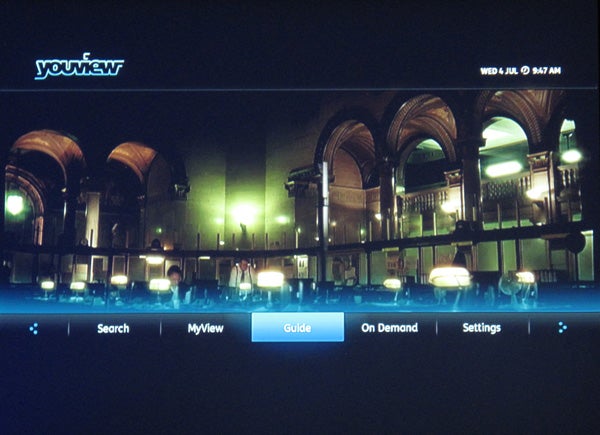 Interface
When you’re in the normal Freeview EPG, a double tap on the left button of the D-pad takes you back past programmes being, and set to be, broadcast. Selecting these will take you directly to the programme within the relevant streaming service. 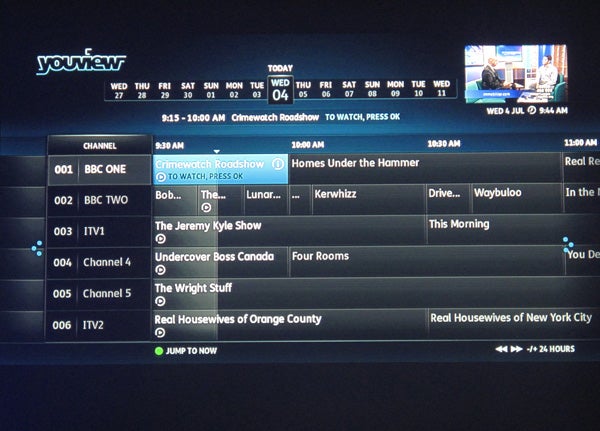 A full seven days of past programmes is available from YouView, effectively changing the way catch-up TV is consumed. The recommended minimum connection speed for YouView is 3Mbps, but if you have greater bandwidth, the HD stream will play. 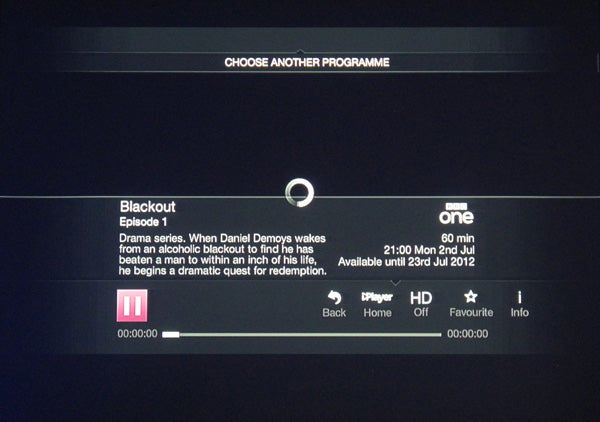 This EPG is the friendly face of YouView, the interface that should hopefully prove digestible for grannies who took years to get used to the Freeview EPG. For power users, there’s much more to find if you scratch away at the surface.

The first is the search bar. It flicks through all the content within YouView, coming up with any relevant series. Aware that the numerical remote control isn’t exactly the best typing tool, an aggressive predictive text system is used, offering up titles as soon as you start typing.

Search results are displayed by show name, each bearing a little number telling you how many episodes of the show are available. As YouView CEO Richard Halton made clear during his presentation, this could be hundreds or even thousands. 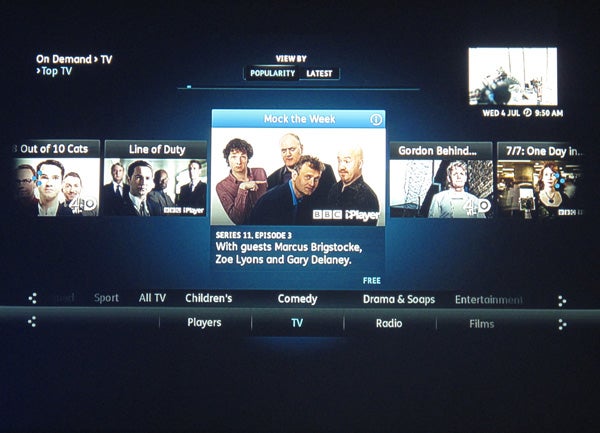 If you’re a hardcore streaming fan who’s just a little too used to the iPlayer interface, you can also delve into each streaming platform separately. However, the best way to consume on-demand content is from the dedicated streaming section of YouView. 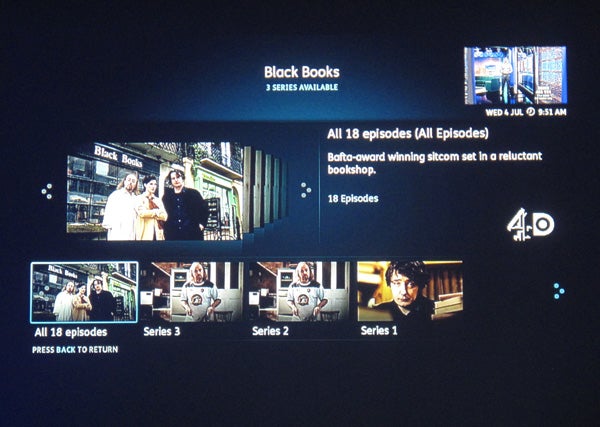 This doesn’t look too far off the iPlayer UI seen in set-top boxes. It ties-together programmes from all the YouView portals, displaying shows as thumbnail images. You can browse through them by genre, sorting by name, by popularity or by when they were last broadcast.

We’ve may have been waiting for an awful long time for it to arrive, but YouView seems to be making a very solid start. The interface looks good and appears to cater for both technophobes and those who have been streaming TV for years. 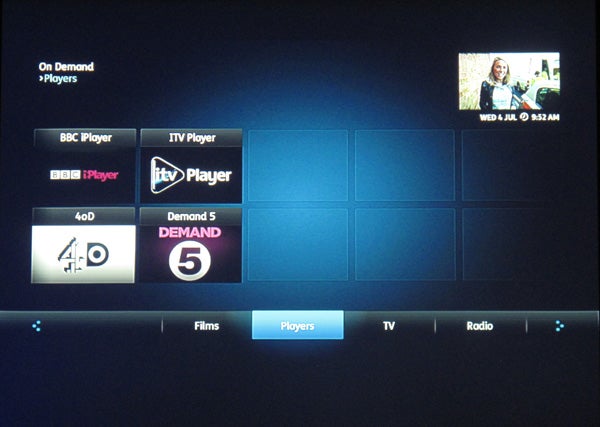 There’s room for so much more…

This is just the beginning, though. As Alan Sugar said at the YouView launch in London, this is “carcass” of YouView. The company is in talks with around 300 potential content providers, and there were hints that Netflix and LoveFilm are among them. YouView’s infrastructure provides for pay-per-view content too, opening-up potential for the platform massively.

The first YouView box, the Humax YouView, will be available towards the end of the month and will sell for £299.99.