The YotaPhone 2 isn’t quite cutting edge when it comes to its processor, but it’s not far off. Packing a quad-core Snapdragon 800 and 2GB RAM, it zips through Android 4.4 menus and opens apps quickly.

The main differences between the the Snapdragon 801 processor on the Galaxy S5 and HTC One M8 and the YotaPhone’s Snapdragon 800 include minor performance improvements. These are often offset by heavy-handed OS skins such as TouchWiz on Samsung or Sense on HTC. So we’re not too bothered by the YotaPhone 2 not keeping up with the Joneses – it’s still a speedy phone. 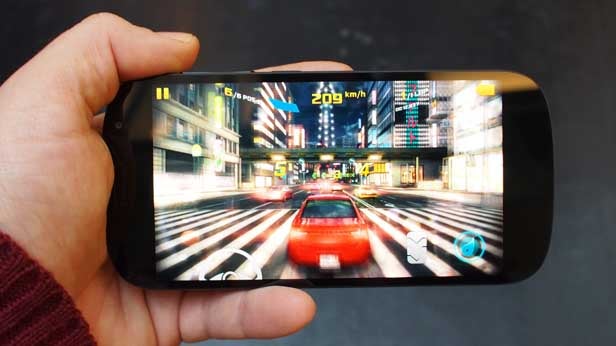 In terms of our benchmarks, it matches other Snapdragon 800 phones with a score of 2475 on Geekbench 3 and 15,369 on 3D Mark’s Ice Storm Unlimited. What does this mean in real terms? Well, you won’t have any problems playing the latest games, which look great on the 5-inch screen. Intense 3D titles like Real Racing 3 and Asphalt 8 run smoothly, although the top of the phone can get toasty after a prolonged session.

The only occasion we experienced any performance drop was when using one app while another was downloading and installing – a common occurrence with smartphones.

One important difference between the Snapdragon 800 and the 801 is that the latter has a much faster ISP (Image Signal Processor). This results in cameras focusing and processing faster, and those are two things the YotaPhone 2’s camera struggles with.

The rear camera on the YotaPhone 2 is 8-megapixel, but it’s a far cry from the 8-megapixel units on the iPhone 6 and 6 Plus. It’s not a terrible camera, but it feels more at home on a low-range handset as opposed to a phone costing more than £500. 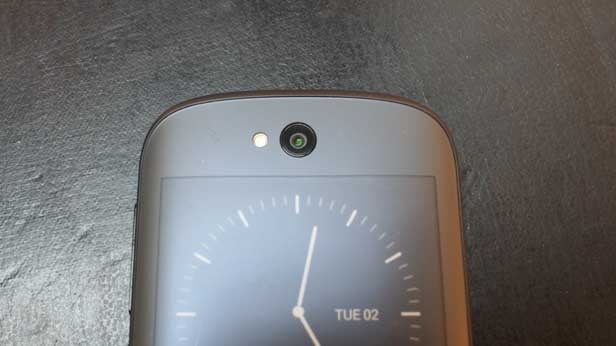 There’s a reasonable amount of detail to photos, but focusing is slow, leading to the blurring of any moving object. It also means you might just miss out on that killer, spur-of-the-moment shot. 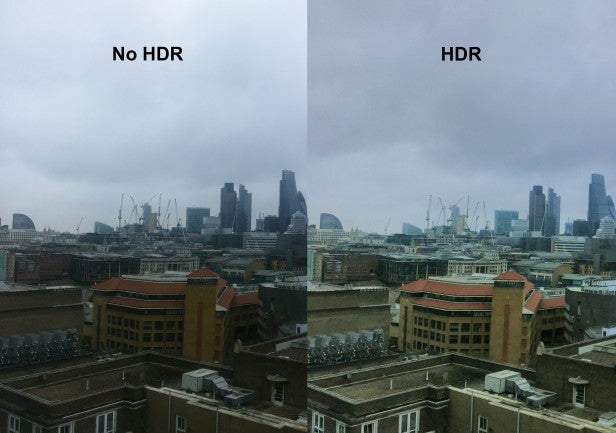 Light sources cause flare and can look washed out, too. For example, skies lack definition, making clouds look like a white or grey blanket.

Turn HDR on and things get much better, especially in low light, although shots take even longer to take – up to three seconds. That’s a long time to keep your hands steady. 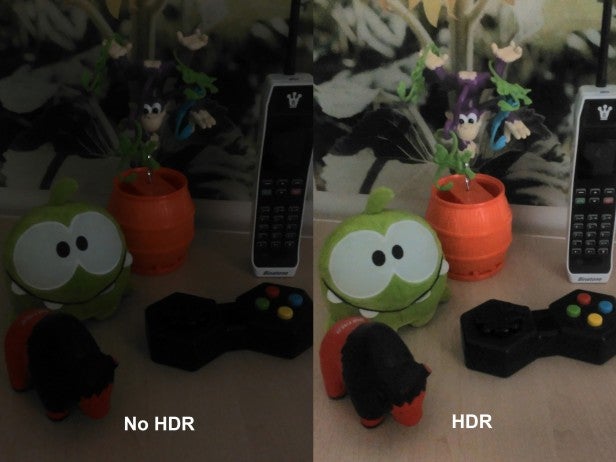 It’s a shame, as phone cameras are important to most people and the YotaPhone 2 doesn’t deliver the results expected from such a pricey handset.

The 2.1-megapixel front-facing camera is nothing to write home about, either, but does a good enough job during video calls. 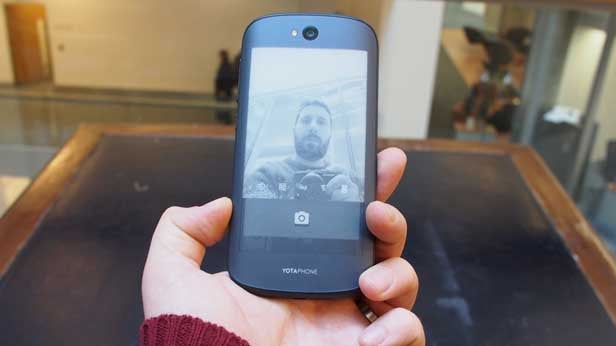 One ace the YotaPhone 2 does have up its sleeve is that you don’t need to use the low-res front-facing camera for selfies. YotaMirror means you can use the EPD display to frame your shot and use the rear camera to take photos of yourself. Clever.