Metroidvania  games have enjoyed a rebirth during this console cycle. Beloved gems such as Axiom Verge, Owlboy and Ori and the Blind Forest have helped the genre penetrate the mainstream by showing that they can be both creative and challenging. However, Yoku’s Island Express further shakes up the formula by combining classic, multi-layered platforming with a fantastic pinball mechanic.

Developer Villa Gorilla has a deep fascination with the idea of pinball culture and this shows in Yoku’s Island Express, resulting in a platformer like no other, and one that’s immense fun to play. 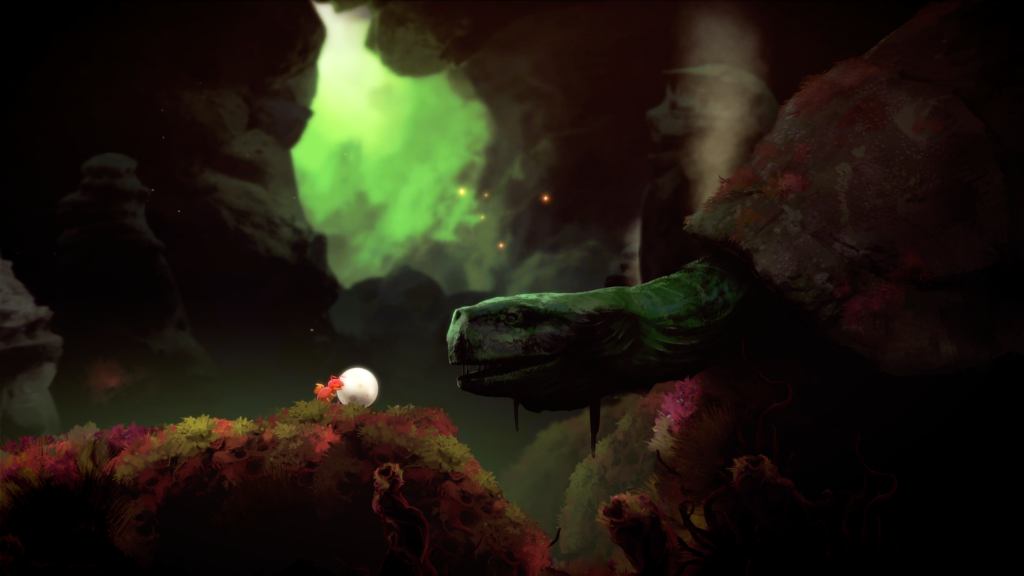 If you’re unfamiliar with the Metroidvania genre, players explore a single, cohesive world in which unlocking new items and equipment grants greater access to new locations within the world. Metroidvanias often involve quite a bit of backtracking and revisiting previous locales, with the player armed with new abilities to unlock new areas. It’s all about being aware of your surroundings, and Yoku embraces this wholeheartedly.

You play as a infectiously happy Dung Beetle called Yoku, who is crowned the new postmaster of Mokumanu Island. As the name suggests, you’ll need to trot around the world delivering mail and performing odd jobs for its inhabitants. These result in fruit which can be used as currency to unlock new areas and platforms. Every moment in Yoku’s Island Express feels like a step forward as you learn the innards of its intriguing mechanics.

Yoku drags a spherical ball around at all times, acting as a way to activate the pinball flippers located across the world. Blue and Orange ones are activated by using the shoulder buttons and interaction with both feels neatly intuitive. With the press of a button you’ll bounce across the screen, oftentimes picking up collectibles or activating switches to progress.

It’s contextual to your position, too. If you’re at the beginning or end of a flipper then your end position can vary hugely. Timing is everything, and such a consideration turns the pinball madness into dedicated levels that are set across a wider world. I found myself lost in small, pint-sized areas trying to nail the perfect timing to bag every piece of fruit in sight.

My main objective was complete, but Yoku’s cuteness and buttery-smooth controls keep you coming back for more. If the full package keeps this up, it could eat up hours without you even noticing. 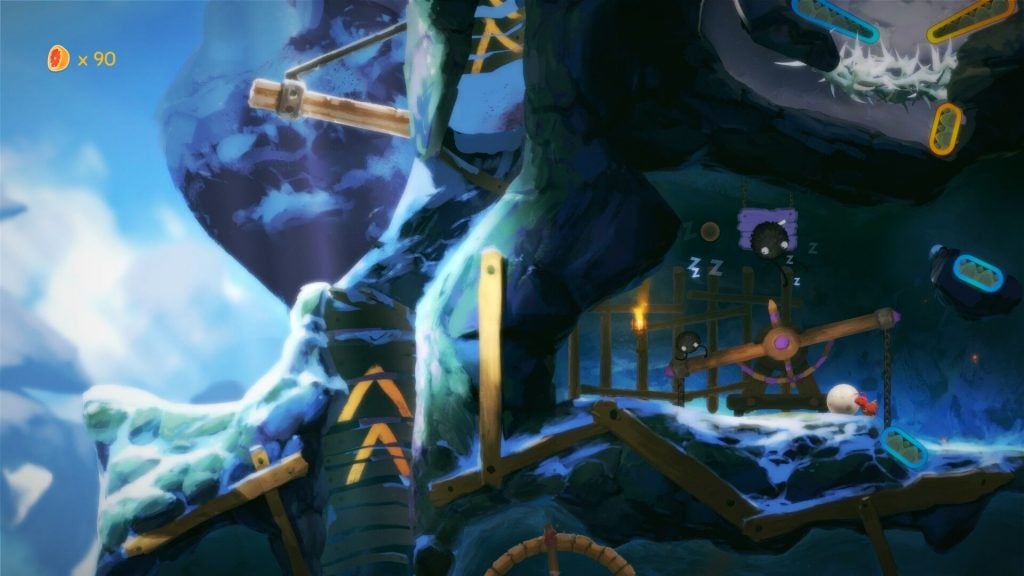 The island of Mokumanu is packed with adorable characters keen to provide Yoku with quests. These will expand the unfolding world and perhaps provide new abilities.

One of the earlier examples involves finding a toolbox for the local handyman. This results in you receiving a Slug Hoover. Yep, you heard that right. It’s essentially a grenade launcher using nearby slugs that you suck up as ammunition. Firing these flammable molluscs into purple rocks will cause them to explode and reveal a new path.

I hope the rest of Yoku’s Island Express continues to surprise in this way. Having mechanical curveballs thrown into the mix is immense fun and forces you to re-evaluate areas previously thought mastered. On the flipside, noticing a treasure chest in the opening minutes only to return to it with a perfect plan of action in mind is immensely satisfying. This is what the best Metroidvania titles do, and Yoku has the potential to sit happily among them.

The more complicated pinball puzzles in the opening hour or so are fairly isolated affairs. They’re effective methods of tutorialising elements I imagine will grow deeper later in the game. For example, key fragments that must be collected in a specific order, or blankets of deadly thorns that will reset your progress and steal away precious fruit. I saw little in the way of enemies, although I could definitely see the pinball stages acting as the backdrop to some creative boss encounters. Fingers crossed! 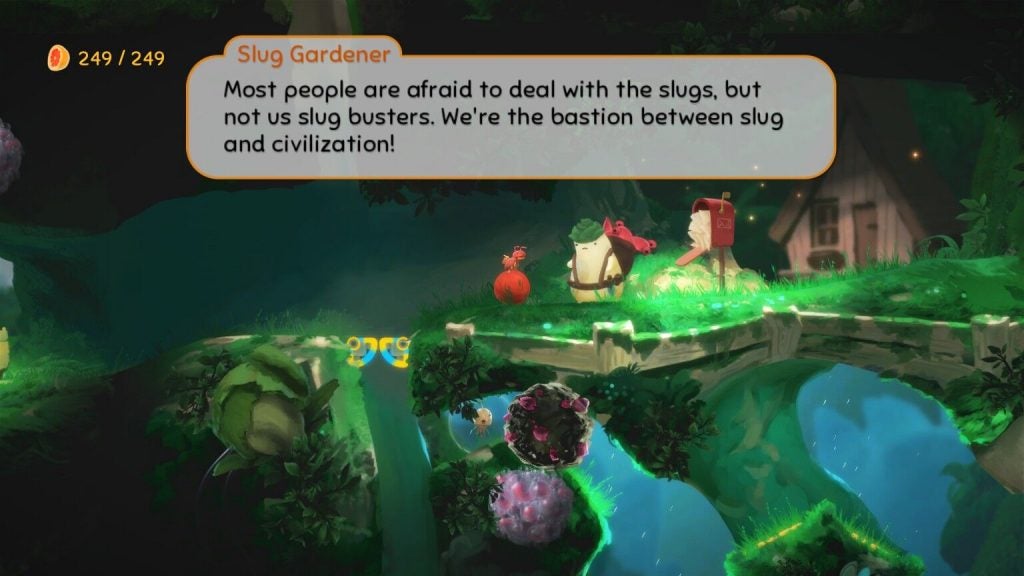 Yoku’s Island Express is beautiful in the way it presents sprawling, watercolour backgrounds among cute yet simplistic characters that are a delight to interact with. Dialogue is equally as good: sharp remarks elicited more than a giggle or two from me during my time with the game.

To sum it up in quick and simple terms; it feels like an unorthodox mixture of Rayman Legends and Studio Ghibli’s Spirited Away.

In terms of narrative, it’s little more than a loose platform on which Yoku’s acrobatic antics take place. You’re tasked with pleasing the local people while slowly tackling an encroaching dark aura spreading across the land. This is presented through boggy swamps and foggy patches of forest that feel far less idyllic than the sunny plains above them. Not only does this serve thematic importance, but it’s a great way for the environments to strut their stuff.

In its opening hours, Yoku’s Island Express is a fun, addictive and original take on the Metroidvania formula with a winning personality to match.

I’m excited to see how the final release expands upon the ingredients presented here and turns them into a digital feast that will be difficult to pass up.