Exclusive to Nintendo 3DS
In its first few hours it’s easy to dismiss Level 5’s latest game as a weird sort of Pokémon rip-off, but the more you play, the more you understand why these first impressions are misleading. It’s an oddball, sure, but what do you expect from the studio that bought us Professor Layton and Inazuma 11? And while it’s a game about collecting monsters, it has surprisingly little else in common with Nintendo’s juggernaut. Instead, it’s smarter to see Yo-Kai Watch as a strange experimental take on a casual RPG, clearly aimed at a younger audience but with a wider appeal. There’s a reason why it’s become a phenomenon in Japan. Give it time, and it might do the same over here.

It’s in the basic premise that it’s most like Pokémon, though even here it stays far from the template. You’re no hero or whizkid prodigy, just an ordinary boy in what seems to be an ordinary town who one day stumbles upon a mysterious gashapon – one of those toy dispensers you see outside supermarkets, dishing out cheap trinkets and figures in a plastic bubble to parent-pestering youngsters.

This one, however, releases a spirit – a Yo-Kai – who decides to become your new best friend. Whisper, as the cute spook’s called, proceeds to tell you how you can find more of his Yo-Kai brethren, tracking them with a special watch, spotting them with a magic lens then defeating them in combat. Doing so gives you a chance of impressing them enough that you can then recruit them to your team.

Before long you’re wandering around town, checking under cars and behind the dustbins to locate more of the tiny spectres. Having used the watch to narrow down your search, you can get a zoomed-in view of suspect locations and pull out your lens, moving it with the 3DS’s touchscreen to find and then pin down your quarry. Keep the critter beneath the lens for long enough and they’re revealed. It’s clobbering time! And so the game builds up a cycle of exploration, discovery, combat and collection. 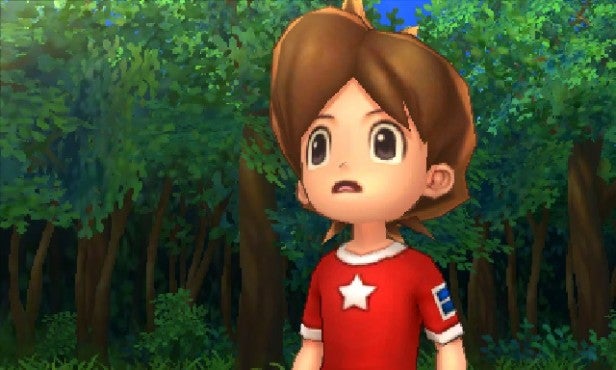 Luckily, Yo-Kai Watch has more than just collecting on its mind. It seems these little sprites are wreaking havoc behind the scenes in town, causing arguments between your parents, spreading hurtful tittle-tattle between friends and pushing friends and neighbours into increasingly strange and stupid acts. You’ll also need to get your watch upgraded to open locked locations and capture tougher Yo-Kai, not to mention avoid monstrous demon Yo-Kai when exploring late at night.

Each chapter of the game follows your efforts to defeat some Yo-Kai or resolve some quarrel, though there’s room for more collecting tasks and side-quests to keep you busy on the way. What at first seems a tiny map soon expands into a large and complex town, complete with underground systems, spooky mansions and secret areas to explore. As the Yo-Kai themselves demonstrated, not all is as it seems. It might look cute and cuddly, but you could see Yo-Kai Watch as the Pokémon Twin Peaks.

It’s in the combat where Yo-Kai Watch really pulls away from Pokémon, not to mention any other RPG that may spring to mind. It takes place in real-time rather than turn-by-turn, with your current six-strong pick of Yo-Kai placed on a wheel, three critters active at the top and three in reserve at the bottom, ready to fight. 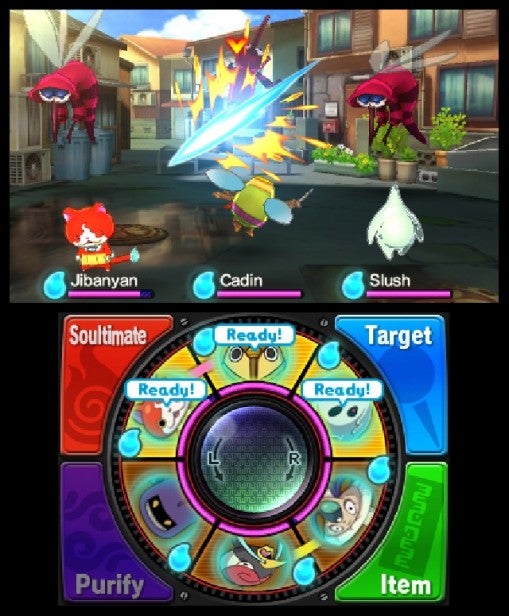 Oddly, you don’t actually choose or activate attacks – the Yo-Kai do that themselves – but you rotate the wheel to put them in and out of combat, or when their spirit gauge fills you can activate a supercharged special move. These are often funny and always spectacular, with effects that heal or buff your current line-up or do a whole lot of damage to your foes.

Even here there are additional layers, as to activate these moves you need to pull off weird little mini-games, tracing lines across the touchscreen or rapidly swirling a rotating disc. You have to manage similar feats when reviving Yo-Kai afflicted by confusing status effects – something you can only do when they’re cycled out of battle. Your other key role is to use various consumables to heal or buff your Yo-Kai, with a short but annoying delay before you can pull something else out of the bag.

The skill and strategy here, then, isn’t in selecting attacks and targets, but in arranging your Yo-Kai for success pre-battle, keeping them in a good fighting state and triggering attacks when you get the chance – that’s a surprising number of plates to keep spinning at once. On paper it sounds a dull, passive way to fight, but it actually gets really frantic with time. 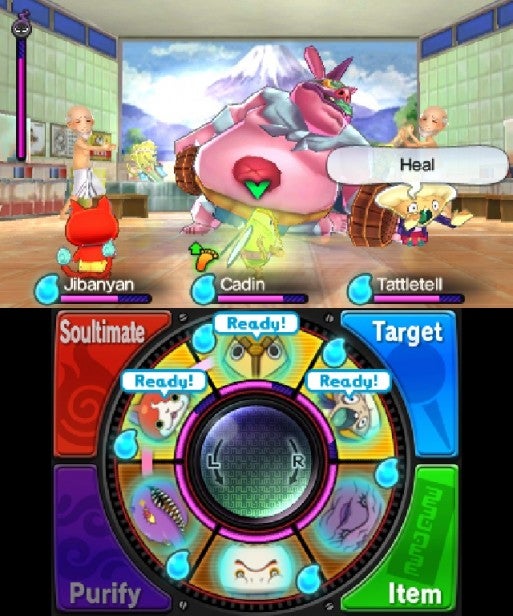 There’s also more tactical nous required than you might expect in getting through the game’s tricky boss battles. Isolating and pinning weak points with your lens is one thing. Keeping your Yo-Kai in shape and focused is quite another, and a few of the bigger, uglier Yo-Kai might give you nightmares whatever your age. Positioning is also crucial. Different Yo-Kai get a boost from placement next to related Yo-Kai on the wheel. You really need your wits about you.

At times, it’s surprisingly tough going with some nasty difficulty spikes hidden along the way. Luckily, Yo-Kai Watch has two secret weapons it can constantly rely on. One is the leftfield charm of the Yo-Kai themselves; a motley crew of misfits including head-butting spherical nutjobs, a two-tailed cat with a grudge against trucks and a turtle-like varmint with a ludicrous pompadour hairdo. One character is defined by the trails of snot dripping out of its nose, harnessing them for a gruesome special move. The stars get tougher as the game goes on with even more unusual needs and special moves, and while all need defeating in combat before recruitment, a few need feeding during combat to convince them that you’re not all bad.

The script also plays its part here, boasting the sort of tongue-in-cheek, self-aware humour we’ve grown to love in the Mario and Luigi series. It’s not every RPG that has a quest to retrieve an old geezer’s lost undies from a public baths, but if any game can get away with such stuff, it’s this one. 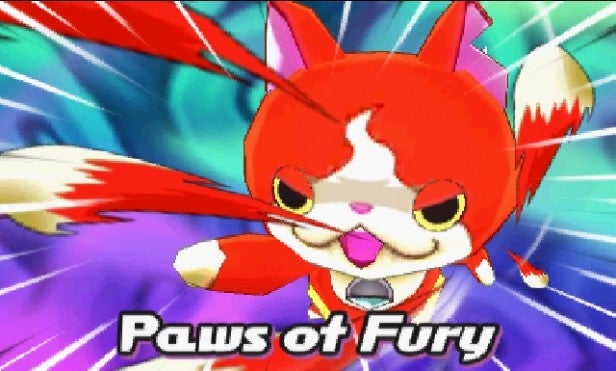 It’s also a really amiable, breezy game to play. It looks great, with clean cartoon graphics that make the most of the 3DS’s limited graphical horsepower, while even the 3D effects work well, actually tempting you to keep the 3D slider turned right up. It has brilliant character design and animation, while the critters and their quests make you smile.

Verdict
Forget any sneering Pokémon comparisons. Yo-Kai Watch looks sure to be a monster hit with the 3DS’s school age audience, but it might also make a fair few friends among older gamers. It’s not the deepest or richest game that Level 5 has ever come up with, with character development linear and limited, but it’s smart, innovative and funny. You won’t grow to love it any less.