What is the Yamaha WXAD-10?

Yamaha likes to calls the WXAD-10, ‘the Add’. We’re not sure if that’s a handle that’s going to catch-on anytime soon, but it certainly describes what it does.

The WXAD-10 is an audio adapter can be used to upgrade any non-connected hi-fi component to wireless streaming – mini system, two channel stereo amp, AV receiver or soundbar, you name it, all can be given wireless streaming and multiroom functionality. This little box is effectively just another stereo source that can be hooked up via an analogue stereo input. 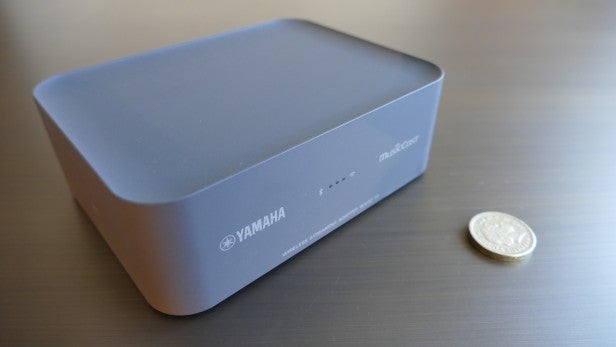 The WXAD-10 is compact 130 x 45 x 106 mm (w/h/d), and finished in a gunmetal grey. Build quality is fine, although the box feels light and hollow. There’s a modest LED strength meter on the front, and a quartet of rubber feet which help keep it anchored when connected. 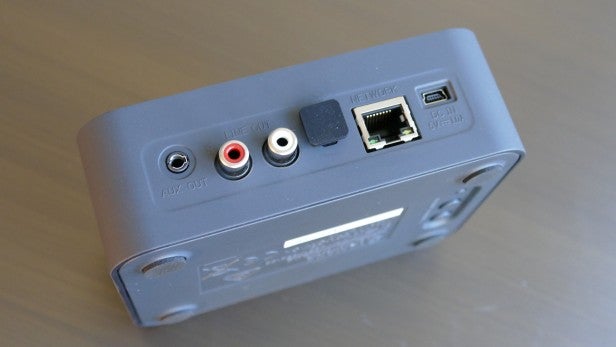 Power is delivered via a USB port.  Also included in the box is a 3.5mm lead, some stereo RCA interconnects and a power supply.

Beneath the lid is a Burr-Brown PCM5121 DAC.  Yamaha has partnered this with a proprietary network module boasting a high precision low-jitter clock to improve streamed audio clarity. This processor works with both Bluetooth and network sources.

Usability is terrific. We found installation largely painless. Just pair your ‘Add’ (nope, it’s still not catching on) using the Connect button on the bottom of the streamer, then transfer your Wi-Fi password to get the WXAD-10 onto the network.

Using the WXAD-10 as part of a MusicCast network, you can stream to the adaptor, or group it with other MusicCast components.

Select a compatible speaker on the same MusicCast network and it’s just a couple of taps to have the same tunes play on both systems. Alternatively, you can just as easily play different tracks into different locales. The MusicCast platform works very smoothly indeed.

Yamaha currently has MusicCast built into upwards of 50 different components, so there’s plenty of choice when it comes to system configuration. 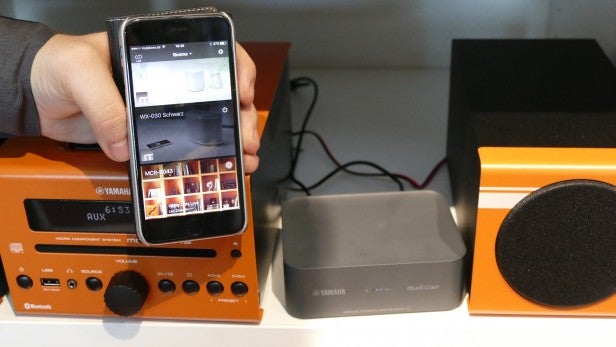 The app has a clean design, with a responsive interface and a number of nice user refinements. The streamer can be named to reflect the room it’s in, and you can assign a picture taken from a library of showrooms or a jpeg of it actually in situ.

Significantly, the WXAD-10 is also DLNA compliant, which makes it a snap to stream from any music library you might have on a NAS. The WXAD-10 immediately recognized our Twonky media server, and it was a quick, simple exercise to browse folders for files. Album art, where supplied, popped up onscreen, keeping things looking pretty. 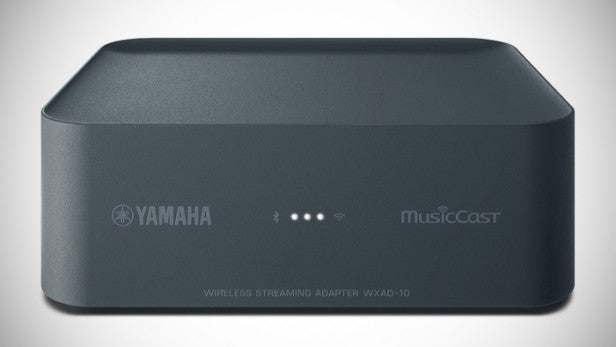 Sonic performance is excellent for the price. The WXAD-10 benefits from components employed by its separates, which when allied to that Burr Brown DAC, makes a deliciously tuneful noise. There’s a warmth and precision to its performance that’s often revelatory.

Indeed, we’d have no qualms about partnering this little box with an upmarket stereo amplifier or high-priced AV receiver. If you invested in a premium audio system before ubiquitous connectability and Spotify streaming came along, the WXAD-10 is the ideal add-on to keep your system relevant.

While its performance with Spotify and low bitrate Tune-In sources is eminently listenable, the WXAD-10 really shines when streaming CD-quality rips and 24-bit 192kHz high-res audio files. It can play uncompressed WAV, FLAC and AIFF in 192kHz 24-bit resolution, as well as ALAC at 96 kHz 24-bit. 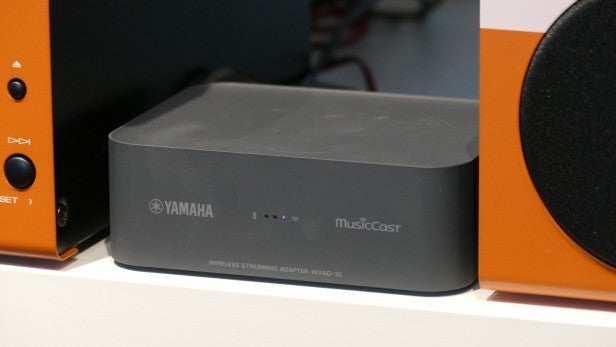 Admiral Fallow’s The Paper Trench (Tree Burst in Snow, 16-bit 44.1kHz FLAC), is breezy and engaging, with air adding verve and lift to the indie rocker’s machine-gun percussion. A jazzy reworking of The Man Who Sold The World, courtesy of Claire Martin (Time and Place, 24-bit 192kHz Studio Master), is beguiling in its clarity.

Disappointingly though, the WXAD-10 is unable to play DSD files.

At present the WXAD-10 can’t be used with a voice control assistant, although Alexa support is on the cards. Yamaha has promised to introduce an Amazon Skill later this year.

Should I buy the Yamaha WXAD-10? 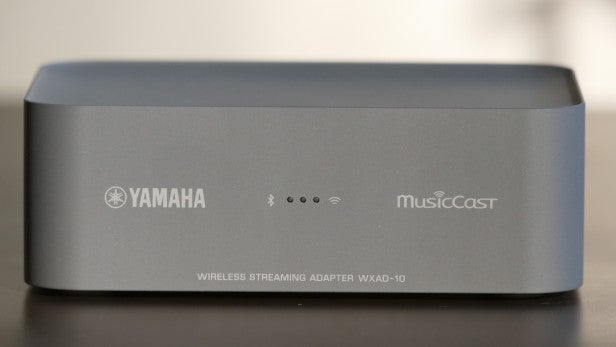 If you’re after a first class Hi-Res Audio streamer, or multiroom gizmo to upgrade your existing audio system, it warrants an easy recommendation. If you have a decent stereo already, it makes sense to spend a little to upgrade it rather than replace it entirely.

Of course, in terms of pure functionality, it’s not unique. A cheaper gadget which does much the same job is Google’s ChromeCast audio dongle. But if you want to integrate a component onto a dedicated Yamaha MusicCast network, or seek a streamer with audiophile credibility, the WXAD-10 demands an audition.

What the WXAD-10 offers, then, is a good balance of cost, convenience and features. The Yamaha boldly steps into Sonos’ multiroom domain by offering an interface that appears to be just as smooth and easy to use. Bolt-it onto an upmarket audio system of a certain vintage, and it might even start to look like a bargain.

Yamaha’s WXAD-10 isn’t just a wireless adapter for long in the tooth hi-fi kit. It’s a superior analogue audio source in its own right, particularly when used to stream 24-bit audio from a networked music library. It comes highly recommended.