The SRT-700 is Yamaha’s smallest and most affordable soundbase. It’s designed to support TVs up to 42-inches. Positioned below the larger SRT-1500 (£479), the SRT-700 is an ideal way to upgrade the sound quality of your TV while keeping clutter to a minimum. 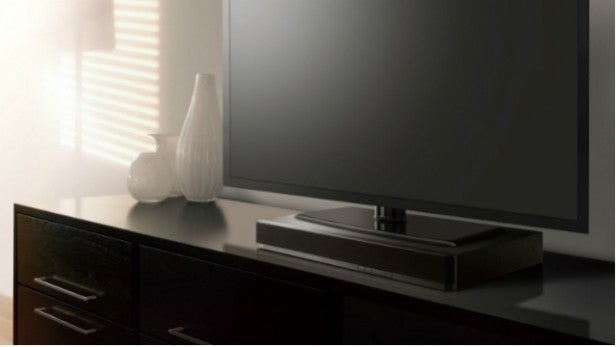 The rule of thumb for a soundbase is that it should be heard but not seen, and the SRT-700 does a decent job of blending in. It comes in black or silver, allowing you to match it to your TV, while the clean, minimal front panel sports only a few buttons and lights. 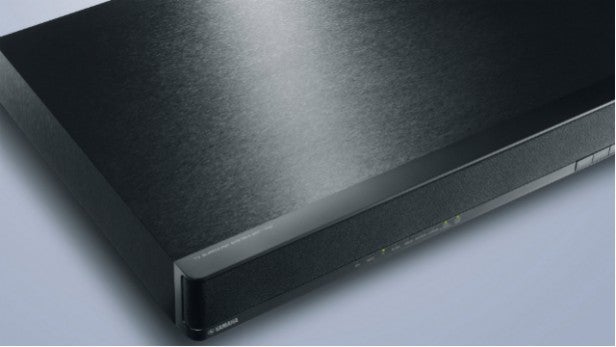 Most of the front-end is taken up by the speaker mesh; the rest is fashioned from snazzy silver plastic. The main body boasts a hairline finish that looks nice but can be scratched if you drag your TV around on it. It’s well made but lacks the luxurious air of a Canton or Sony soundbase.

There’s no display panel on the front – instead, a row of lights keeps you informed of the SRT-700’s status. They light up in different combinations when you select a sound mode, and illuminate from left to right to indicate the volume level. It’s fine in principle, but from the sofa it’s difficult to see what the lights refer to. Buttons include volume, mute, standby and input selection.

The SRT-700 supports TVs up to 30kg in weight. Its top surface measures 546mm wide by 300mm deep, which isn’t huge, so you definitely won’t get away with anything bigger than 42-inches. Awkwardly shaped stands with overhanging edges are also a no-no.

Rear socketry has a distinctly budget flavour. You’ll find optical, coaxial and 3.5mm analogue inputs, but that’s your lot. There are no HDMI inputs or RCA sockets, and no USB port either.

But there’s a pleasing simplicity about that – just connect your TV’s optical output and let the SRT-700 play whatever you watch. The inclusion of a coaxial input lets you hook up a Blu-ray deck separately if you wish, and built-in Bluetooth makes it easy to stream music from a smartphone – although it isn’t apt-X compatible.

Yamaha normally crams its systems with every feature under the sun, but the affordable SRT-700 is more modestly specced. The lack of Wi-Fi means no MusicCast support, which might deter buyers who want to link it with other Yamaha multiroom speakers.

There are several sound modes to play with, including Air Surround Xtreme, which applies a surround effect to two-channel material. Meanwhile, Bass Extension improves low frequencies and Clear Voice makes dialogue easier to hear by boosting the mid-range. These can be turned on and off using dedicated buttons on the remote. 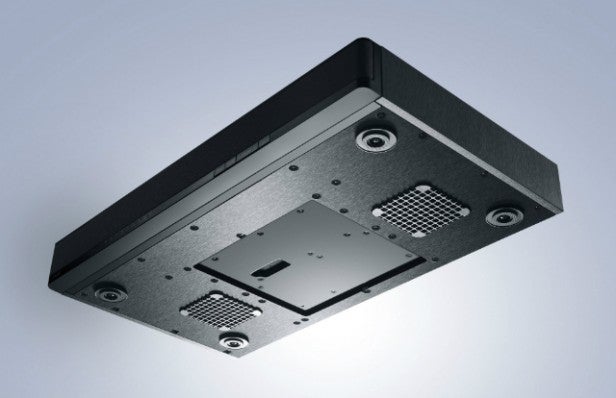 The two-way SRT-700 is equipped with two, 4 x 10cm full-range driver cones on the front, and dual 3-inch subwoofers on the bottom, channelling air through rear bass reflex ports. On-board power is quoted as 120W – that’s 30W to both drivers and 60W to the subs.

The single-cable installation is a piece of cake and the compact remote is a pleasure to use. Its rubber keys are responsive and well labelled, and I like how each input and sound mode has its own button – you don’t have to toggle through them all to find the one you want.

The movie’s relentless action is a great showcase for bass performance, and the SRT-700 is more than up to the task. Explosions and blaster shots are underpinned by rich, low frequencies, while star destroyers sound huge as they rumble overhead. But what’s most impressive is how tightly the Yamaha controls its bass output, keeping a lid on booming during even the most frantic scenes – provided you don’t push the sub volume too high.

Elsewhere, the SRT-700’s sonic voice is lively and attacking, lending an instant sense of excitement. It flirts with brightness at times, particularly with the volume up high, but shows admirable poise in the mid-range and treble for a budget soundbase. As a result, the crackle of Kylo Ren’s lightsaber and roaring tie fighters sound terrific. 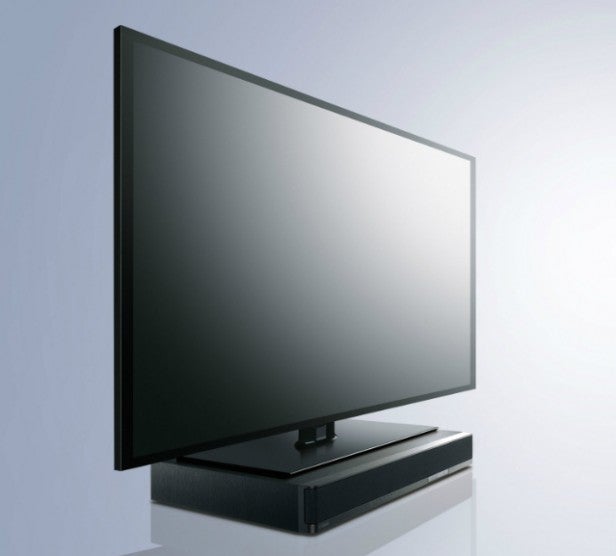 The Yamaha glosses over the finest details and a little more refinement wouldn’t go amiss, but casual listeners will be happy with the Yamaha’s crisp, airy presentation. Switch from Stereo to Surround and you can feel the soundstage widen slightly, although it isn’t the 7.1 effect described in the manual.

Perhaps the SRT-700’s greatest strength is dialogue reproduction. Snoke’s voice is weighty and focused, but with a lovely husky growl. And unlike some soundbases, it stays audible at lower volumes, particularly with Clear Voice activated. This is an excellent mode if you do a lot of late-night TV viewing. In fact, the SRT-700 is a brilliant TV performer full-stop, using its bass depth and mid-range clarity to make BBC’s Undercover even more dramatic.

The SRT-700 makes a decent music player, too, ideal for day-to-day background listening. MP3s streamed from a smartphone over Bluetooth sound well balanced and full-bodied, with plenty of energy and attack. The subs don’t lose their grip on busy drums and basslines, while the clear treble adds openness.

It’s not the most sophisticated or feature-packed soundbase around, but the SRT-700 is still worth checking out if you want a simple speaker upgrade for your 42-inch TV.

Despite its smaller size, the Yamaha delivers a surprisingly big, bass-heavy sound with plenty of detail and outstanding speech reproduction. It lacks refinement, but that’s hardly surprising for an affordable soundbase such as this. On the whole it does a great job with movies, TV and music, making them sound ten times as good as any TV – and that’s the bottom line for most buyers.

Even better news is that some online retailers are now selling it for as little as £149 – half the £300 RRP – which is an absolute steal for such an impressive performer. Snap one up today.

Features and sockets may be limited, but the SRT-700’s impressive performance makes it worth investigating – particularly if you take advantage of some big online discounts.