Yakuza is a reminder of the reason I love videogames. It combines exhilarating combat, poignant storytelling and an infectious sense of madness in a way only this medium can. Kazuma Kiryu’s lovable Japanese charm spent years failing to penetrate outside of his homeland, but now the series has taken on a new lease of life with Yakuza 6, the final chapter in the Dragon of Dojima story.

And I’m happy to report that it’s spectacular, pushing the series to new heights without abandoning what made it so special in the first place. By that I mean you can still clobber 20 thugs before scoffing ramen and hitting up the local cat cafe.

In Yakuza 6 you once again play as Kazuma Kiryu. The seasoned yakuza is now an ordinary citizen, hoping to serve a brief prison sentence before retiring to the peaceful island of Okinawa. Everything is going swimmingly until Haruka, his adoptive daughter, finds herself in critical condition following a tragic car accident. This sets off a chain of events that cover everything from intimate family disputes to government conspiracies.

Kiryu’s swansong concludes with a final act that’s arguably the series’ finest hour yet, presenting encounters and narrative revelations that bring with them the shock and emotional gratification you’d expect from a feature film. This is thanks to a fantastic cast and sharp localisation effort that translates the original Japanese without sacrificing any of the gravitas. Past entries have garnered criticism as a result of removing such elements, so it’s great to see everything untouched here.

You can relax if you’re a new player afraid of being washed away by waves of lore. Yakuza 6 comes with a reminisce tool that allows you to relive the narrative of each game and familiarise yourself with key characters. While I’d still recommend playing past games for maximum impact, this offers a great way for newcomers to dive into a world that requires much dedication in order to become fully immersed. 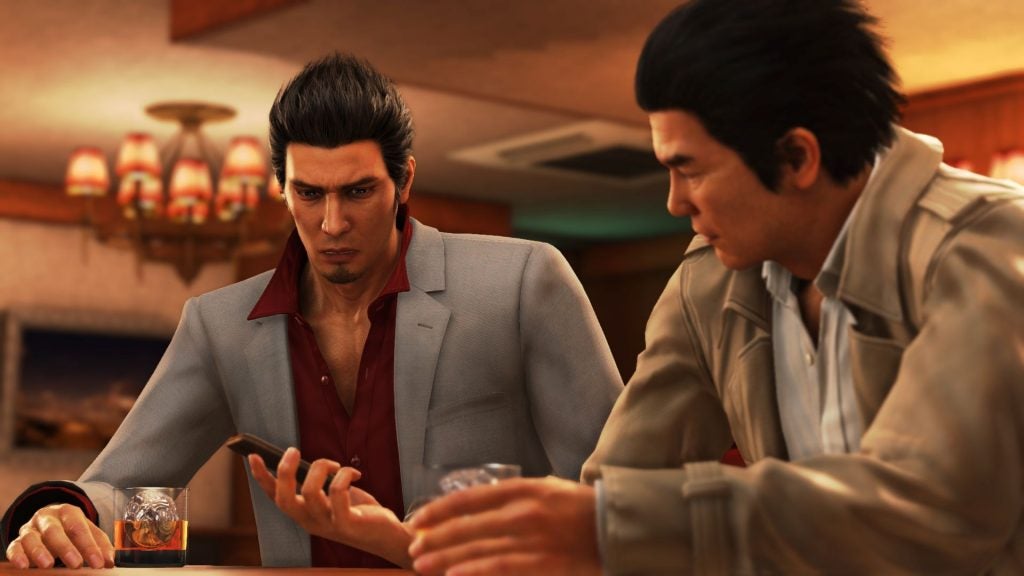 Kazuma Kiryu’s climactic tale takes him to two distinct cities: Kamurocho and Hiroshima. The former is the Red Light District envisioned by the series since its inception. The general layout remains the same, meaning returning players will feel at home while eager to discover what’s changed amongst the bustling boulevards and alleyways.

SEGA should be commended for making the town of Kamurocho feel constantly exciting with each new entry. To me, it’s an old haunt that keeps up with the times, whether it be through new arcades or citizens idling on the roadside. Yakuza 6 proves that there are many more stories to tell in this world; it’s never grown tiresome to traverse.

Much of this is due to a new gameplay engine that feels fantastic. Loading screens are a thing of the past, as Kiryu transitions seamlessly into battles and buildings. Spotting a group of rebellious thugs across the street and surprising them with a flurry of punches never gets old, especially when you can take the action to nearby establishments in the same seamless fashion.

While much of your time will be spent in Kamurocho, Hiroshima cements itself as an equally memorable location that I came to love. Acting as the backdrop to a sprawling harbour, it provides a stark juxtaposition to Kamurocho. Having visited the locations that inspired both, the accuracy to their real-world counterparts is something to behold. If you’ve never had the chance to visit Japan, Yakuza is a virtual alternative that lets you experience the sights and sounds like no other game out there. 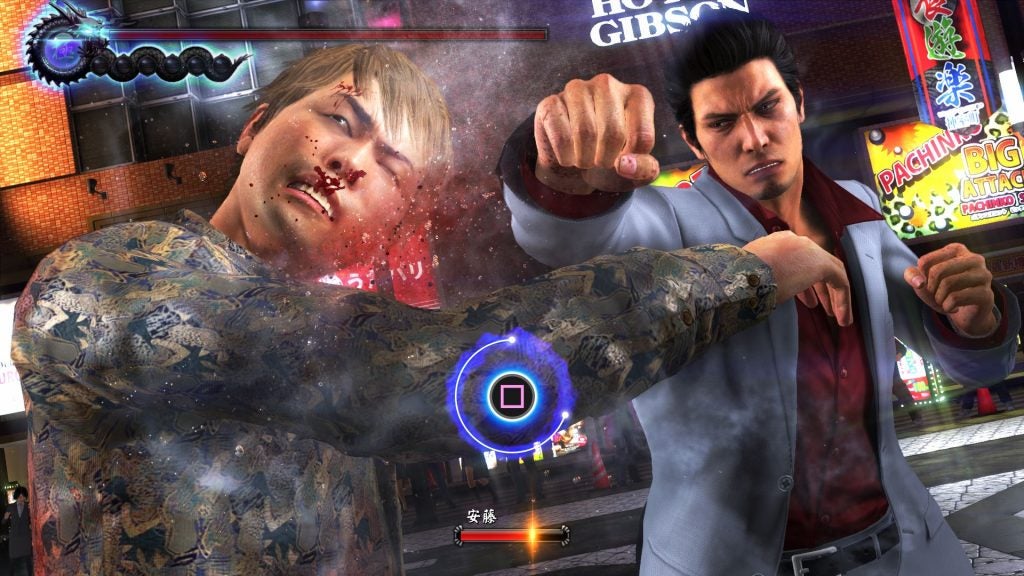 Since there’s only one playable character, the combat system in Yakuza 6 has been streamlined against previous entries. Kiryu has a single fighting style that can be upgraded with a range of skills. At first, I was worried this would grow tiresome, but towards the end of my playthrough, I had yet to experience everything it had to offer.

It feels like SEGA has trimmed back some of the unnecessary fat of previous entries. While I do miss the ability to craft my own weapons, the environment is littered with so many tools of destruction that you’re never left empty-handed. If random encounters aren’t to your liking, you can purchase equipment that will cause enemies to avoid you, although walking right up to them will still trigger a fight.

The potential monotony of battle is kept at bay by Heat Actions. These brilliant acts of ultra-violence are committed by hitting the triangle button when your Heat Gauge is full, causing Kiryu to unleash a devastating flurry of attacks. It’s a joy to watch them unfold, and they change depending on where you are in the world and the weapons you’re carrying. New variants are unlocked with experience points, so there’s often a new display of brutality to look forward to.

One of my only complaints with combat is that things feel a bit too easy at times. If you’re one to concentrate on side activities then you’ll have enough experience to squash even the greatest of enemies. Yakuza 6 has a few difficulty settings, so it’s best played on the higher options if you’re after both challenge and a spectacle. 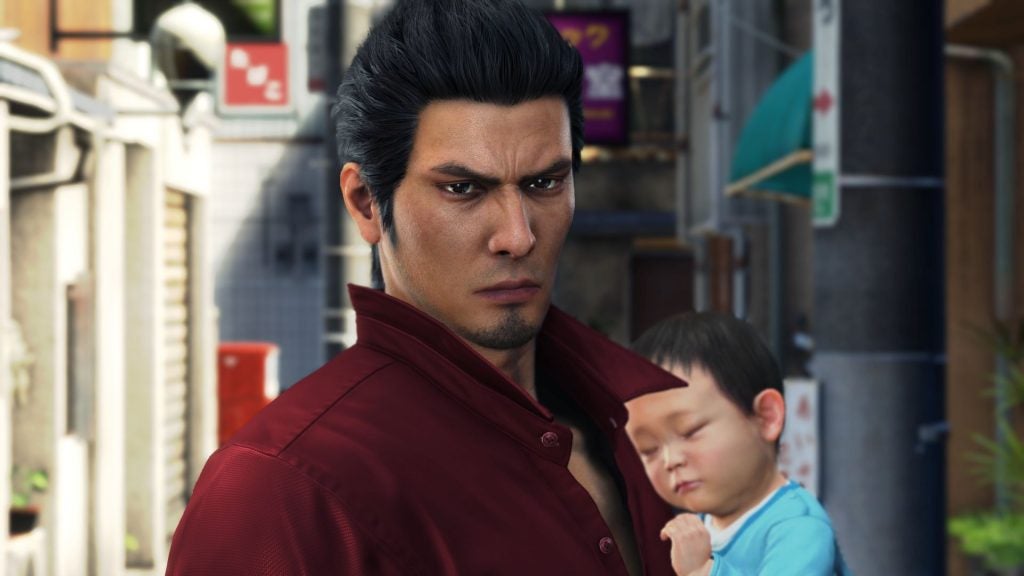 Yakuza 6 isn’t all about combat, although it will more than likely surface in substories – the game’s equivalent of side quests. These can involve chasing a roomba throughout town, fighting ghosts in a graveyard, or helping an upcoming vlogger become a viral sensation. Kiryu stumbles upon these while exploring and they’re a distraction well worth seeking out. Not only for valuable experience points, but references and micro-narratives that are worth the investment.

The usual assortment of mini-games found across Kamurocho is equally as deep in Yakuza 6, with some worthy of individual arcade releases. Club SEGA is populated with full versions of Outrun, Space Harrier and Virtua Fighter 5, which transport you into an emulated environment that feels lovingly authentic. Sadly, I didn’t notice any UFO Catchers during my time with Yakuza 6, abandoning a series tradition of catching cute fluffy toys.

Clan Creator is the most significant side activity presented by Yakuza 6. Upon arriving in Hiroshima, Kiryu is scouted by a group of young gang members looking to abolish a mysterious organisation known as JUSTIS. The faction happens to be helmed by actual professional wrestlers such as Kazuchika Okada and Tetsuya Naito. The bulk of this mode consists of a simplistic RTS of sorts, where you send out a variety of troops to dispatch enemies.

You’ll be responsible for assembling a hierarchy of soldiers while recruiting leaders to fight on the frontlines, all of whom have unique abilities acting as buffs or devastating attacks. There was an undeniable charm to facing off against famous faces before bringing them over to my cause, even if the mode itself didn’t pose much of a challenge beyond a few climactic battles. But, for what is essentially an optional part of a huge package, it’s more than sufficient. 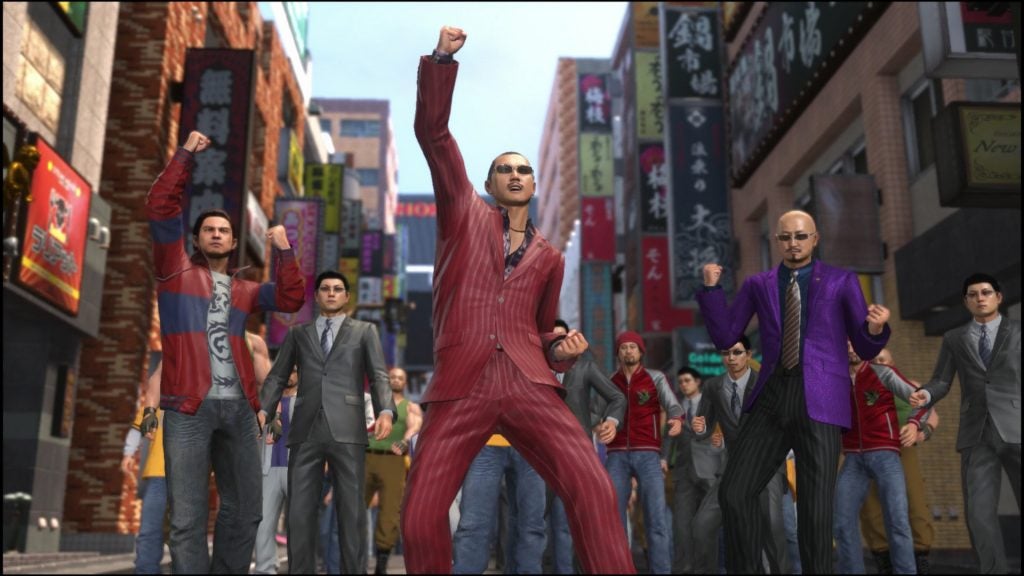 The tonal balance on display between the core narrative and sidestories is a sight to behold, and further testament to how compelling this world can be. I mean, past entries have seen Kiryu fighting tigers and launching himself across skyscrapers. Yakuza 6 acknowledges this excess of ridiculousness at every turn, yet it never softens dramatic moments that continue to leave a punch time and time again.

Yakuza 6: The Song of Life is a wonderful crime thriller that embraces everything that made the series great, refining it further with new technology – it blew me away. I’m not ashamed to say that the closing minutes of Kazuma Kiryu’s final chapter brought me to tears, acting as the culmination of a story in which I’ve lost myself for more than a decade.

Don’t let this legacy dissuade you, though. Yakuza 6 is perfectly suited for newcomers thanks to its excellent reminisce feature alongside combat and exploration that’s easily the series’ best yet. Combine this with a deep, engaging story and Yakuza 6 offers an experience I can’t recommend enough.