Update: Since the review went live, Y-Cam has overhauled the system and has introduced new components. It has also discontinued its free cloud storage subscriptions for its cameras claiming they are financially “unsustainable”. This updated review reflects those changes.

What is the Y-Cam Protect Alarm System?

Traditional dumb alarms are fine, but what’s the point of a siren going off at home if you know nothing about it? Smart alarms, such as the Y-Cam Protect Alarm System, are a much better idea, as they can be set and monitored over the internet.

Since launch, Y-Cam has added pet-safe motion sensors and a clever external siren into the mix, plus Amazon Alexa control, making this a more fully-featured alarm system. And, with Y-Cam security camera integration, this could be smart alarm for anyone that has existing cameras.

Internal alarms are designed to be unobtrusive so that they’re hard for burglars to spot and don’t ruin the look of your home. Y-Cam’s window/door sensors and motion sensors all fulfil that brief. In plain white plastic, these sensors blend in neatly into most homes. The window/door sensor feels well made, and it’s easy to attach in place using the pre-attached 3M sticky pad. 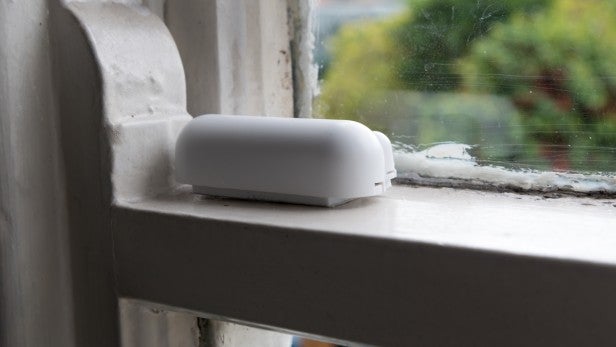 The motion sensor feels a little cheap. The opaque window covering the sensor was a little wobbly on my sample. Ultimately, once I’d attached the sensor to the wall via its sticky pad it looked fine and, as it’s not a product that will get handled, build quality isn’t so important. The sensors are all battery powered, and should last one year on a set of batteries, with the app warning you when they’re going flat. 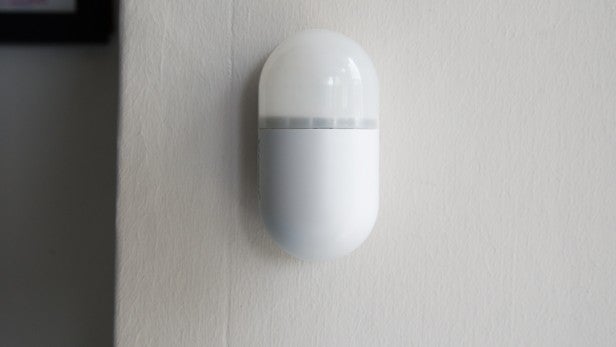 Y-Cam has since added Pet Friendly Motion Sensors into the mix. These are designed to ignore low-down movements made by pets. If you have a pet that’s likely to jump up on furniture, they can set the alarm off, so placing these sensors carefully is key. The addition of these sensors rounds of the package; previously, the Y-Cam Protect was harder to justify to homes with pets.

The Hub is the brains behind everything, also doubling up as a siren. Y-Cam has done a good job here, and the box feels tough and weighty. It needs to be plugged into the mains and via Ethernet into your router. You can also wall-mount the Hub; if you do, I recommend placing it high up so that it’s harder to tamper with.

The Hub is battery backed so, if the power goes out, you’ve got eight hours of backup. If you pay for the optional mobile data option, you’ll need to attach the optional antenna, too. 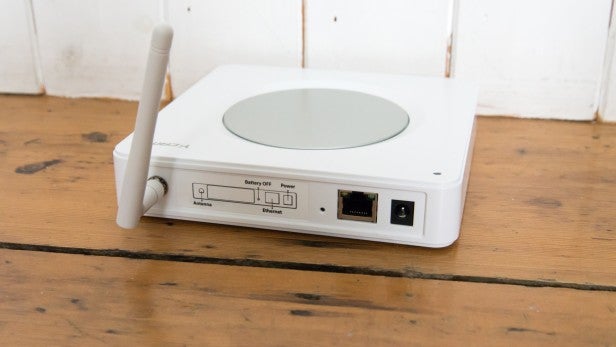 The small rectangular key fob looks great and is nice and light, so you won’t notice it on your keyring if you carry it around all day.

Finally, there’s an optional solar-powered external siren, capable of blasting out at 104dB alarm to warn of a break-in. It’s something that was sorely missing from the initial release. Its availability makes the Y-Cam Protect a much more fully-featured alarm system, and also signposts to would-be burglars that your home is protected. If you need it, there are dummy boxes to fit around your home, too. 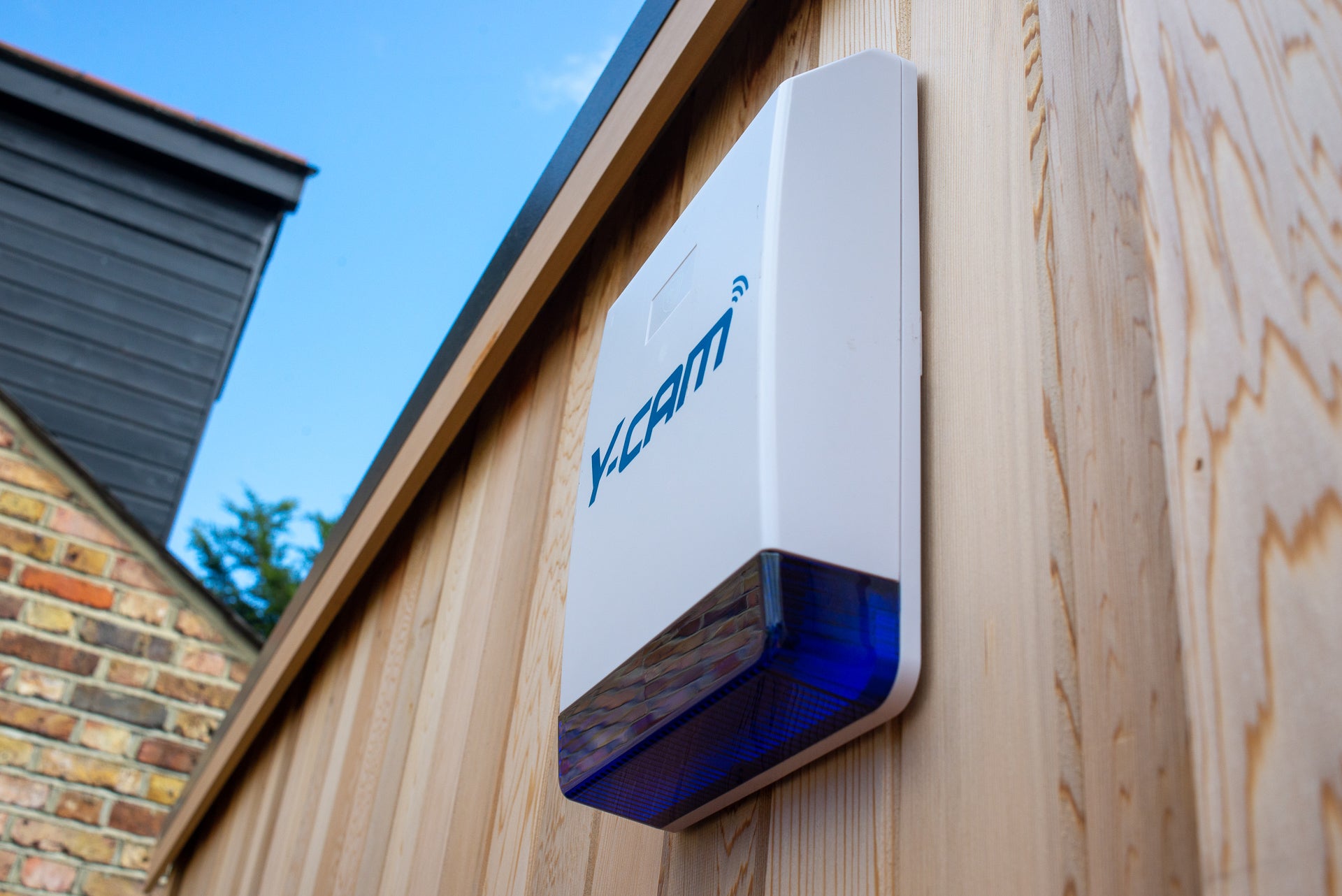 Every sensor has a tamper alarm, so if they’re removed from their location, the siren is triggered automatically. Setting the alarm up for the first time is easy using the Y-Cam app. Smartly, Y-Cam uses the same app for security and its cameras, giving you one place to monitor everything. To add a sensor, you just need to type in its ID, and the system automatically finds it. I had my sensors connected in a matter of minutes. 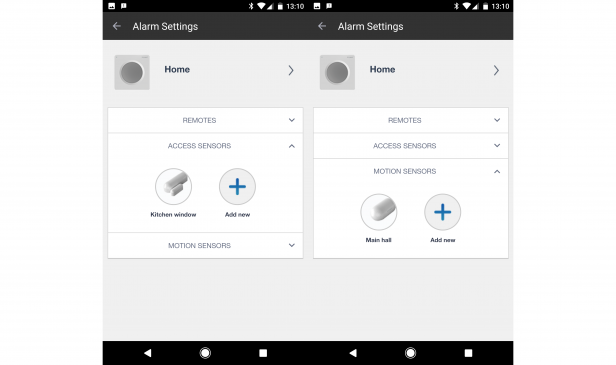 The Siren takes a bit more work, as you have to fit the battery into place and follow the pairing instructions.

For the best experience, you can upgrade to the Plus system, activating the Hub’s built-in SIM card. This means that your alarm will continue to work if your broadband connection goes down. Y-Cam pre-fits a SIM card and has roaming deals with O2, EE and Vodafone, so you should be able to get a signal no matter where you live.

Enabling the Plus service costs £5.99 a month, or £60 for a year. For that, you also get 30-days of cloud storage for footage from any Y-Cam cameras, SMS alerts and a customisable Plus button. Activated via the remote, you can programme the Plus button for a variety of jobs, such as sending a text alert to a neighbour.

Upgrading to Plus is well-worth it. Home broadband isn’t hugely reliable and you’d be surprised at how often your Hub loses connection. With mobile data, you know that your home will remain protected and that you’ll definitely get alerts. And, once you’ve upgraded, you get the 30-days of cloud storage from your cameras, which largely negates the fact that Y-Cam withdrew its free cloud storage offering.

As of a more recent update, Y-Cam Evo cameras can now be integrated into the system; when an alarm is triggered, the cameras are set to start recording for up to 15 minutes, or until the siren is deactivated. This requires a Plus subscription.

It’s a shame that there’s no IFTTT channel support, to automatically turn on a security camera or lights if the alarm is triggered.

You can enable the alarm using the key fob or app. When it turns on, a clear voice from the Hub lets you know that the alarm is on. Following the beeping, you’re given enough time to get out of the house before the alarm is finally alarmed.

At launch, if a window/door sensor is open when you try and set the alarm, the action fails. The app just tells you, “Error, Command failed on hub.” You don’t get told which sensor has the fault, which makes fixing the problem a manual one of checking sensors. Fortunately, an update fixed this issue, and now you can arm the system with a sensor open; you get a warning, but it at least means that you can head out and purposely leave a window open.

If a window/door sensor is triggered, the Hub starts to beep, giving you enough time to deactivate it if you’ve just entered the home. Motion sensors trigger the alarm immediately. The Hub is exceptionally loud, playing a siren that cycles between low- and high-frequency sounds. You also get a warning in-app, so you know that your alarm has gone off no matter where you are in the world. The external siren is even louder, attracting attention outside your home, too. Brilliantly, as it’s solar powered, you don’t have to worry about the batteries running flat. 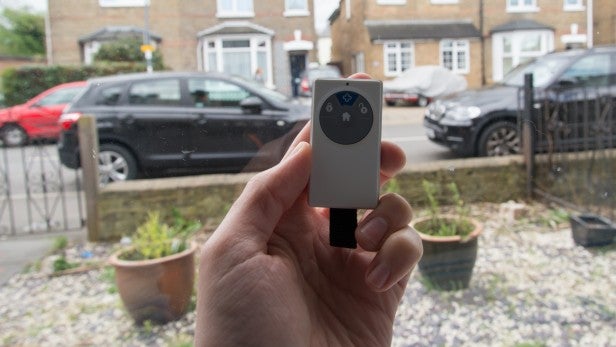 For night-time use, or extra security during the day, the Y-Cam Protect Alarm System also has a partial arm mode, called Home mode. For this, you can choose which sensors you want in operation. For example, you may want to turn on all motion and window/door sensors only. 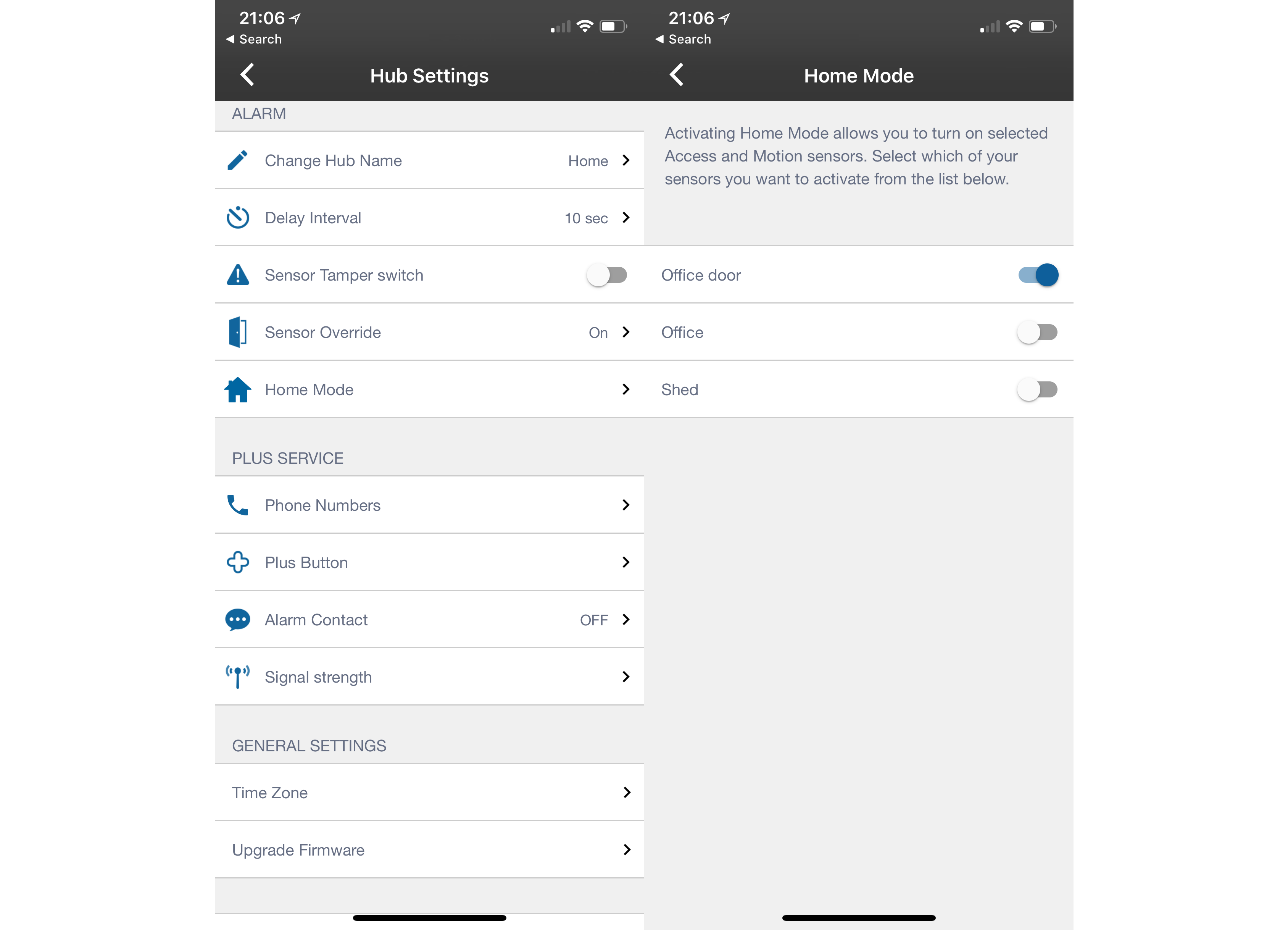 Turning on Home mode sees the Hub belting out, “Y-Cam Protect Home mode armed.” It’s a little loud and could wake up anyone sleeping at home; a simple low-volume beep would be neater.

The Y-Cam Evo integration means that your cameras can start recording when an alarm is triggered. It’s an automatic feature, but your cameras have to be turned on (not in privacy mode) and they have to have motion recording activated, which is a little strange. I’d prefer it if arming the system turned cameras on automatically, taking them out of privacy mode, and disarming put the cameras back into privacy mode.

The new Alexa skill is great to see. Using just your voice, you can set the alarm; and you can disable it, too, speaking out a PIN that you set. Inside your home, this feature is possibly less useful, and using the keyfob or app probably make more sense. But, if you’re using Y-Cam Protect for an external building (my garden office is protected with one), Alexa integration is a smart way of being able to turn the alarm on or off.

Should I buy the Y-Cam Protect Alarm System?

The Y-Cam Protect Alarm System works well, and it’s good to see that the Hub has battery back-up and an optional mobile connection. Giving you remote access to your alarm wherever you are is fantastic, and far better than an alarm just going off when you’re not there to deal with it.

Since launch, Y-Cam has fixed the software issues that we had, and has added pet-friendly sensors and an external siren. That, combined with the Alexa integration, makes this a powerful and flexible alarm system, particularly if you upgrade your account to Plus. The only minor disappointment is that the Y-Cam Evo integration isn’t a little more flexible.

The Honeywell Evohome Security system is arguably more flexible, with both RFID and keyfob disarming options, and it has versions with free mobile data. However, it’s a lot more expensive.

A neat and simple alarm system, with a great range of sensors and Alexa integration.