3D Printing is a cool bit of technology that’s hard not to get excited about. After all how great would it be to be able to print your own nicnacs and toys?

However, to date the technology has been a costly affair. Even the most basic of 3D printers generally costs £500-plus. Add to this the price of refills and the tech makes an even bigger dent in your wallet and you could be looking at an £1,000 a year hobby – even with moderate use.

The Da Vinci Mini is a XYZ’s attempt to end this trend and bring 3D printing to the masses. With prices “expected” to start at $269, it may well do just that.

The Da Vinci Mini is a smaller cheaper version of XYZ’s $500 Da Vinci Junior. XYZ claims it’s designed for the enthusiast home market and has designed it to fit in most regular sized homes. The demo unit I looked at on the showroom floor up about 1.5ft of space, which is roughly 30% smaller than the 2015 Da Vinci Junior. 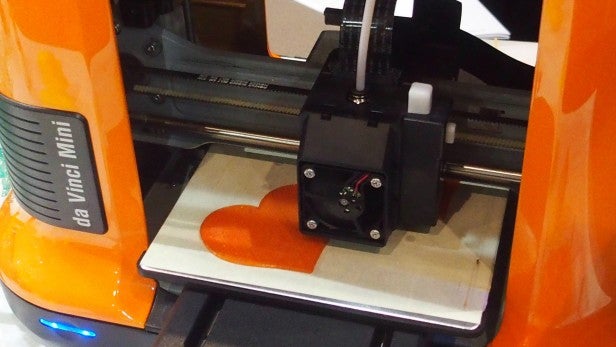 It may sound big, but compared to competing home 3D printers like the UP Mini 2, or Formlabs Form 2, the dimensions are tiny. This is one of the few 3D printers I’ve seen that could neatly slot into most houses. Though I’d still say it’s on the large side for small flats.

Despite being small the printer still features reasonably connectivity options, and comes loaded with  WiFi and USB ports connection options.

Loading the plastic used to print objects also appeared reasonably simple, with the printer being fed by a side facing wheel – though the I didn’t get a chance to open up the printer and check out it’s internal gubbins during my demo and check this first-hand. 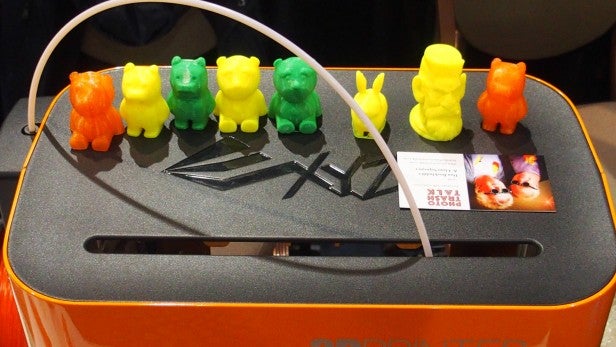 Interestingly, despite being smaller, the Da Vinci Mini has the same 5.9 x 5.9 x 5.9-inch maximum print sizes as its 2015 sibline, the Da Vinci Junior.

The demo I saw printed a variety of different objects during my hands on. These ranged from basic heart shaped badges, to complex weaved Wicker Man dolls and multiple inches high textured cups.

Print quality wasn’t on a par with more expensive units, like the Formlabs Form 2. But for a sub-$300 device I was impressed. I didn’t notice any density disparities or noticeable blemishes in items printed on the Da Vinci Mini during my demo.

I didn’t get a chance to firmly check print speeds, but from what I saw at the event, they aren’t super fast. During after 20 minutes at the stand the printer hadn’t come close to finishing a single batch of the heart badges. This may be a big deal for some buyers, but considering the printer’s price, it’s to be expected. 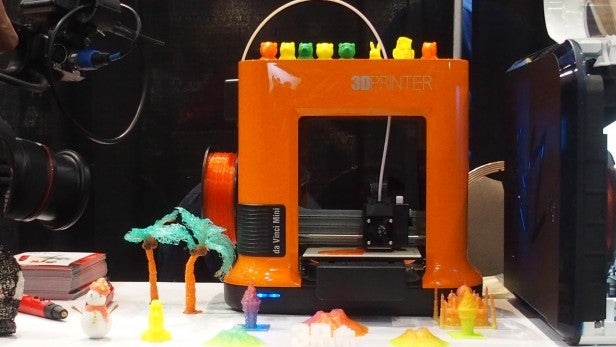 However, it’s chances of success will be deeply informed by three key factors I didn’t get to check during my demo – how easy it is to set-up, how easy and frequently it needs to be cleaned and how much plastic refills will cost.

Hopefully these questions will be answered in the near future and the Da Vinci Mini will make good on its promise of being the world’s first truly affordable 3D printer when it’s released at an unspecified point later this year.