The Redmi 7A is cheap but nonetheless cheerful in a couple of key areas – particularly the battery, but also the screen and build quality. However, its underwhelming internal specs make it hard to recommend, even at its low price.

The Redmi 7A is a budget smartphone from the Chinese brand Xiaomi. Priced below £100, this is the kind of handset you should only take into consideration if you want your phone to do the basics, and you’re not even close to being a “power user”.

We’ve been very impressed with Xiaomi’s efforts in the mid-range of the market, including the 5-star Xiaomi Mi 9, so can the brand pull off a similarly impressive performance in the budget sector?

The Redmi 7A has a black plastic casing that feels robust and hardy to the touch, and what’s more the matte finish means it doesn’t pick up fingerprint smears. There’s one camera tucked away at the top left hand corner, and it’s highlighted with a silver reflective ring around the lens in one of the few touches of flair present. The front of the phone has fairly thick bezels at the top and bottom; the chin is branded with the Redmi logo and the top houses the speaker and selfie camera. 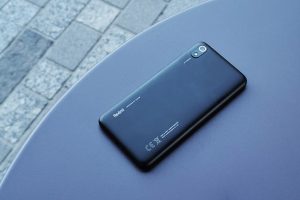 With regard to more practical concerns, the design is “splash resistant” (with no specific IP rating), and is kitted out with a 3.5mm headphone jack at the top and a Micro USB port on the bottom. It’s reassuring to see the former, but a little tedious to see the latter still present on a device now that USB-C has pretty much become a universal standard on all the best mid-range phones and best Android phones.

The design of the Redmi 7A is not flashy but it is functional; the only missed opportunity is the lack of a USB-C port.

The Redmi 7A has an LCD screen that measures 5.45-inches and has a resolution of 720 x 1440p. I was pleasantly surprised when switching on the Redmi 7A for the first time because for a cheap phone, the screen is good – it’s quite bright and has good levels of detail. 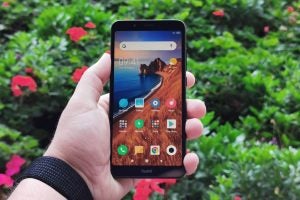 It might not be a totally immersive screen for people who spend a lot of time watching video content, but it undoubtedly works well if you’re just using your phone to send messages or emails, giving you a crisp and clear display.

It’s smaller than most smartphone screen these days, and having been used to larger displays I did miss the extra space – but some might prefer the smaller form factor if they find it easier to handle.

The Redmi 7A runs on a Snapdragon 439 chipset, paired with 2GB of RAM. It’s not a powerful device by any means – you’ll never get your hands on top-end silicon at this price – and unfortunately, this does show in performance specs and everyday tasks, where apps can be slow to appear and there are occasional stutters when navigating through the interface. Demanding games simply don’t run at all on this smartphone.

But perhaps even more egregious than the lack of power is the lack of storage space; the handset ships with a mere 16GB, which might have been decent enough for an iPod Nano twelve years ago but simply doesn’t cut the mustard for a modern smartphone. On start-up, only 8.94GB of that was actually usable, so the Micro SD card slot is not so much a convenient option as a practical necessity.

While performing the performance benchmarks (below), I had to delete apps to run the full tests, and this device is physically incapable of actually running the Geekbench 5 test we usually put smartphones through. This performance is evidently lacking, and it’s worth paying a few extra quid for a device that can run day-to-day applications without problem, not just today but also a couple of years down the line.

However, one bright spot is that I was pleased to receive the update to the MIUI 11 interface during my time using this phone, as cheaper phones can often be overlooked by OEMs when it comes to software updates.

Overall it’s hard to recommend a smartphone with such little power – it’s definitely worth paying a bit more money for a better performance.

Just as you can’t expect a great performance from a device at this price, you can’t expect this to be one of the best camera phones either. Having said that, I was pleasantly surprised by some of the results from the camera – while its weaknesses were obvious. 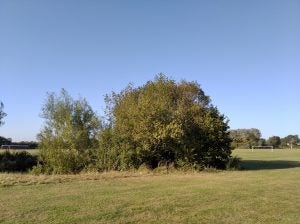 The leaves on this tree were nicely captured. 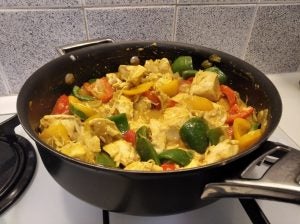 The above image of food lacks the warmth that better cameras could provide, and in general I did find that colours were quite muted and never really “popped”. It’s certainly acceptable if you use your camera as a kind of note-taking tool, but it’s not the kind of performance that will set your Instagram ablaze.

However, the real disappointment with the Redmi 7A’s camera arises when the sun goes down. 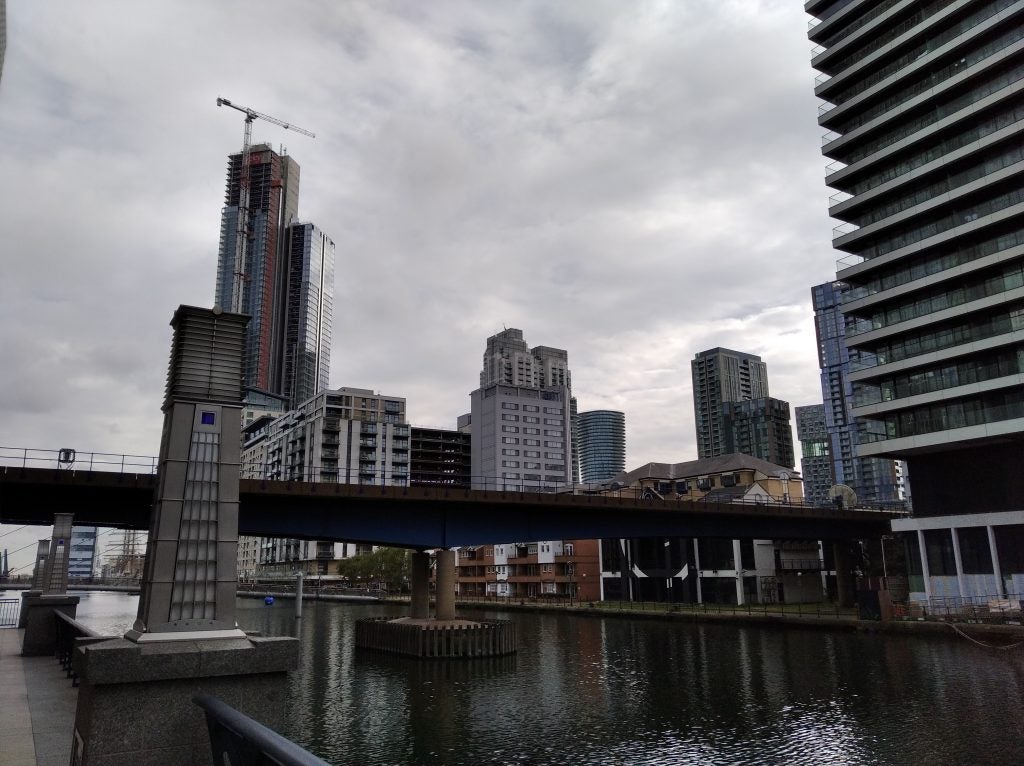 The above comparison shot shows the exact same area by day and by night. The first shot once again encapsulates the device’s capabilities, with decent levels of detail even though the image looks a little washed-out. I’d certainly still describe that as an acceptable performance for this price point, but as you can see in the night time shot, this camera simply cannot deal with bright lights in a dusky evening setting. The bright spots are blown out to such an extent that images are more or less unusable. 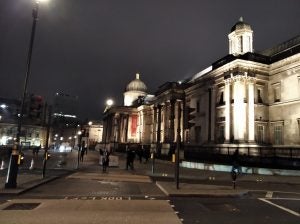 It’s not the only example where the camera wasn’t able to deal with bright spots at night – it’s the same in this image of the National Gallery, where the lighting on the wall blurs everything into a non-distinct white and street lights leave white spots across the image. The below image taken inside a bar lit with small fairy lights, where the camera struggled to focus and delivered a significant loss of detail. 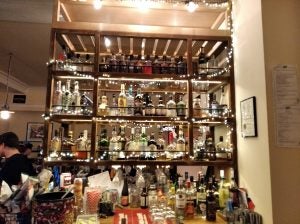 The Redmi 7A struggled to capture the dimly lit bar

So don’t expect to get great shots in every scenario – but if you just take the odd photo in daylight, or if you generally tend to use your smartphone camera to snap pictures just to remind you of something later, then it could be acceptable.

No corners have been cut when it comes to the Redmi 7A’s battery – it’s got a colossal capacity of 4000mAh, the equal to many of today’s flagships. When you bear in mind that it has a relatively small screen and an undemanding processor, that battery doesn’t even break a sweat in usage – after a solid hour of watching YouTube videos, the fully charged battery had dropped by a mere 1%.

We can’t comment on the efficiency of the charger, as the review sample was supplied with a foreign plug, but as mentioned previously it’s a little disappointing that the device is still stuck with a Micro USB port rather than the more convenient USB-C. 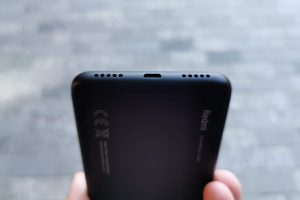 It’s worth saying again – the Redmi 7A’s battery life is exceptional. In itself that doesn’t make up for some fundamental shortcomings, but it’s always a big relief to know that you can rely on your phone to make it through a busy day.

Should you buy the Xiaomi Redmi 7A?

The Redmi 7A undoubtedly has some recommending factors, from a solid construction, to a good screen, and especially its excellent battery. But its sub-par performance combined with a poor storage capacity are compromising factors that makes it difficult to recommend.

If you’re only going to do the most basic tasks with the phone and you’re not so keen on smartphone photography then this could possibly work for you – but take a look at the other smartphones in your price range in our comprehensive guide below.