It may be rocking a Qualcomm chipset – the same brand that powers the likes of the Samsung Galaxy S7 and LG G5 – but the Snapdragon 616 isn’t in quite the same league as the Snapdragon 820 or 821; the latter of which can be found in the shiny new Google Pixel handset.

This chip has four cores clocked at 1.5GHz and four at 1.2GHz, while graphics are handled by an Adreno 405 GPU. 2GB of RAM is included, which is respectable but not surprising; many Android phones have 3 or even 4GB of RAM these days. 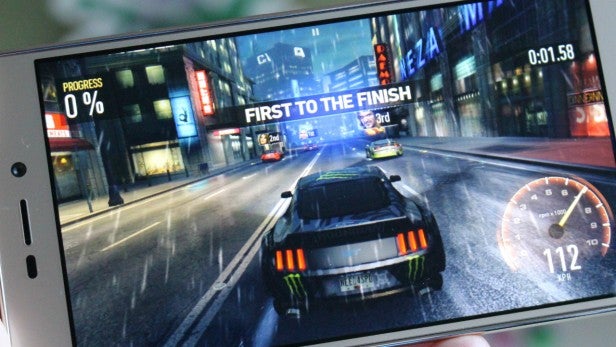 The Redmi 3’s specs might make it appear like an entry-level Android device in terms of raw power, but I was pleasantly surprised by its performance during the review.

Moving around the UI is relatively pain-free – largely down to the fact that Xiaomi has done some serious tinkering with MIUI 7 to keep things silky-smooth – and while the phone does sometimes become a little sluggish under heavy load, casual users might not even notice any performance dips.

For the majority of the time the Redmi 3 feels fast, something that’s no doubt helped by the decision to use a 720p screen as opposed to a 1080p one, which would have taxed the Snapdragon 616 more.

Benchmark tests back up this viewpoint. AnTuTu returns a score of 38,604, while Geekbench 4 gives it a single-core rating of 649 and a multi-core rating of 2012. Those aren’t mind-blowing figures by any means, but they’re more than respectable for a device that costs just over £100.

The Redmi 3’s loudspeaker is positioned on the rear of the phone and is disappointingly weedy. As you’d expect from a mobile phone speaker there’s the typical absence of bass notes, but in terms of pure volume, it’s a bit feeble and therefore easy to miss in a crowded environment – not ideal when you’re waiting for an important call. Thankfully, in-call audio quality is excellent. 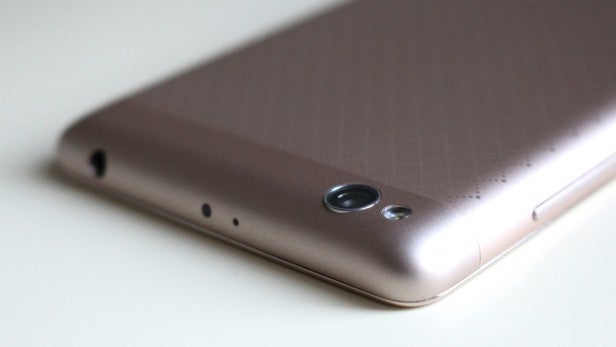 While the Redmi 3 has 4G connectivity, it doesn’t support the 800MHz band that O2 uses in the UK. If you’re with O2 – or one of the network providers that uses O2’s masts, such as Giffgaff – then you’ll be stuck with 3G; other networks are fine. It might seem like a major oversight but the 800MHz band isn’t used in China, the territory for which the phone is intended.

The 13 megapixel, f/2.2 rear-facing camera comes with a single LED flash and is capable of capturing good images, considering the budget cost.

Xiaomi ships its phones with a custom camera application that supports features like real-time filters, HDR and a panoramic mode; there’s even an option to have the camera guess the gender and age of a person based only on their face, which is often good for a laugh, if little else.

If you want to you can tinker with settings such as colour saturation and contrast within the camera app, but the phone can generally be relied upon to get the settings right for any given shot.

Photos boast good colour replication and brightness, although HDR mode is often needed to really bring the detail out of images. Low light performance is fairly poor, but then even high-end flagships can struggle here and there hasn’t yet been an affordable phone yet that performs well. 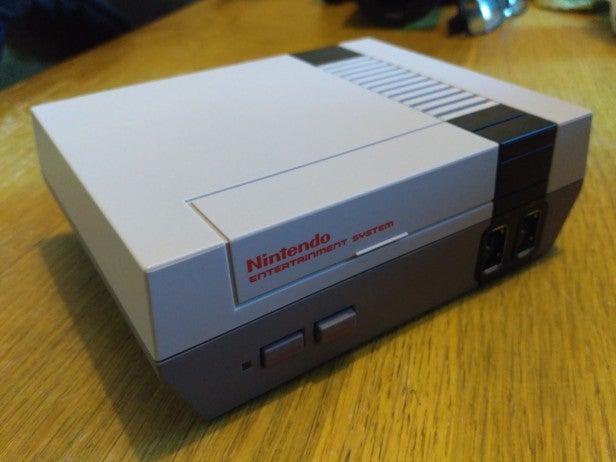 Lower light shots can often have a yellow tinger 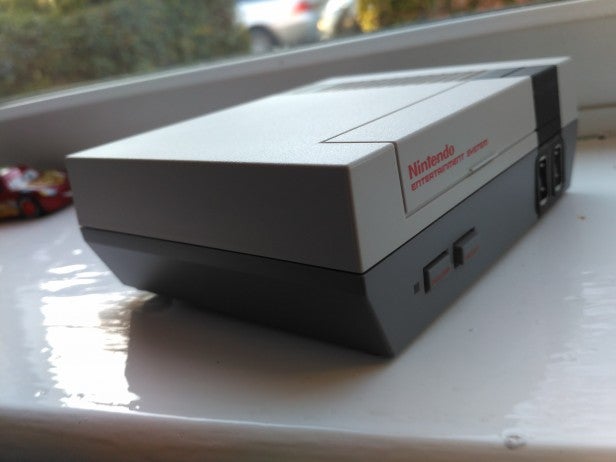 There’s a lot of detail in macro shots 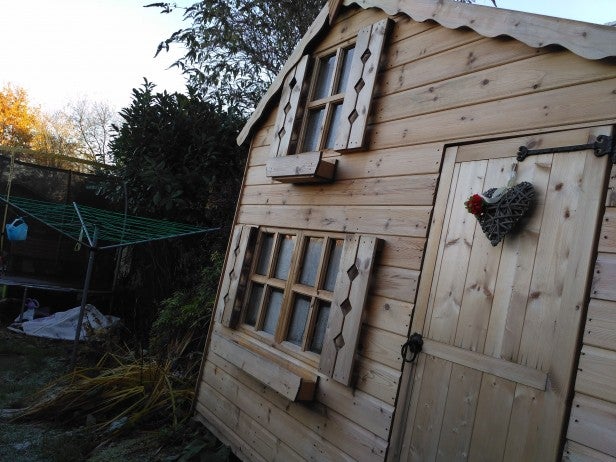 There’s a surprising amount of detail in the wood, but it loses it in the darker portions 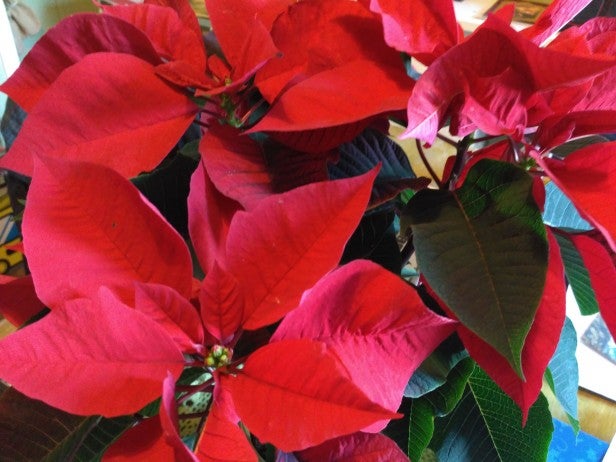 The front-facing 5 megapixel f/2.0 camera is suitable for selfies and video calling, but little else. Both cameras are capable of shooting full HD video at 30fps, but the quality isn’t exactly earth-shattering.

Perhaps the most amazing element of the Redmi 3’s spec sheet is the 4,100mAh battery, which is positively huge for a phone with a 5-inch screen. To put things into perspective, phablets such as the Pixel XL and iPhone 7 Plus have 3,450mAh and 2,900mAh batteries respectively – and both are powering much bigger displays, as well.

As a result, the Redmi 3 is top of the class when it comes to pure staying power. Even after a day of fairly intensive use I found that the phone had plenty of juice left in the tank, and on a couple of occasions I even got to the end of a second day before needing to even consider charging the handset.

During our traditional video test – where an HD movie is streamed from Netflix for an hour with the screen brightness and volume both at maximum – the Redmi 3 dropped just 11% of its battery power. 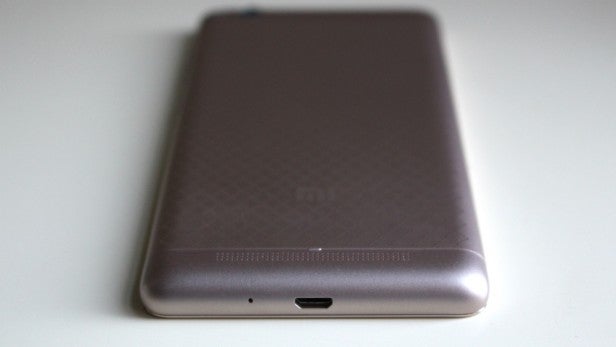 The Redmi 3 comes with 16GB of internal storage, which power-users might find a little limiting – especially when you consider that once OS files and the like are taken into account, the end-user has only 10.96GB to play with.

Thankfully, the phone’s dual-SIM configuration means that you can forgo having the additional micro-SIM and have a microSD card instead, dramatically expanding the amount of space you have for saved files.

Should I buy the Xiaomi Redmi 3?

If you’re trying to stick to a budget but still want a half-decent smartphone for watching videos, playing games, replying to emails and – of course – remaining connected with your friends and family, then the Xiaomi Redmi 3 pretty much blows away all the competition in this price bracket.

Not only does it offer decent power, a good screen, astonishing battery life and an excellent camera – all backed up by MIUI 7, one of the best custom Android UI skins around – but it’s also incredibly well built for a phone sold so cheaply.

The lack of a fingerprint scanner is unfortunate, and you’ll need to be wary of the various issues that come with ordering a smartphone from China – but ultimately, the Redmi 3 is an excellent low-cost option for cash-strapped mobile users.

The Redmi 3 may be missing some key features – but at this price, it’s hard to grumble.