Xiaomi unveiled the fifth version of its flagship tablet, the Xiaomi Pad 5, alongside the 11T Pro this September.

The tablet, which is designed to be used both for work, entertainment and to scroll through social media packs an 11-inch display with a speedy refresh rate, an 8720mAh battery and Qualcomm’s Snapdragon 860 chipset. This, plus its price put it in direct competition with Apple’s new iPad 9.

I got the opportunity to try the Pad 5 out at Xiaomi’s launch event in London. Stay on this page to learn more about my initial impression of the tablet.

The Xiaomi Pad 5 is available in two colours: Cosmic Gray and Pearl White. I tested out the Pearl White version which is a beautiful white shade with a warm iridescent sheen to it.

The device feels slim and lightweight for a tablet, with dimensions measuring 254.69 x 166.25 x 6.85mm and a weight of 511g. Perhaps most importantly, the device seems sturdy enough that I wouldn’t be nervous slipping it in my bag to take out and about.

The display and sides are flat with rounded edges that soften the otherwise angular design. The controls are spread out, with the on/off button positioned on the top of the tablet, the volume switch on the side and the USB-C port on the bottom edge. There’s no 3.5mm headphone jack.

There are four speakers in total – two on the top edge and two on the bottom – while Dolby Atmos support is present to give the audio a more immersive presence.

On the front, there’s an 11-inch WQHD+ display with Low Blue Light and True Display technologies. There’s also a Sunlight Display to keep the screen readable on sunny days and a 120Hz refresh rate for smoother scrolling and gaming.

While a high refresh rate is a great addition, the Pad 5’s refresh rate sadly doesn’t appear to be adaptive so you may notice that the battery depletes quicker than other displays. However, battery is difficult to gauge in a hands-on review where I only had a few hours with the device, so I can’t speak much for the battery life on the Pad 5.

The display is also an IPS LCD display rather than an OLED, meaning it misses out on the brightness and battery saving benefits of OLED. That said, the screen does support Dolby Vision, which helps make up for it in vibrancy.

From what I saw, the display is bright and sharp. It’s also very responsive. For these reasons, I can see this tablet being a good choice if you’re looking to pick up a device to stream TV and movies on.

The Pad 5 is powered by the 7nm Snapdragon 860, which includes the Kryo 485 CPU and the Adreno 640 GPU, alongside Qualcomm’s 4th Gen AI engine. This is a chip that impressed us in the affordable X3 Pro by Xiaomi sub-brand Poco.

While I couldn’t run any performance tests on the tablet in the time I had with it, the chip seemed fast and responsive when I swiped through the interface and moved between different apps.

There are also some useful features to help you save time and increase productivity, such as a split screen feature and a screenshot tool that allows you to draw a shape around specific pieces of text and images from apps and web pages with your finger or the Xiaomi Smart Pen and place them directly in an email.

As mentioned, battery is a tricky thing to measure in a hands-on review. The Pad 5 packs a 8720mAh battery that Xiaomi claims can offer five days of music, 16 hours of video and 10 hours of gaming. The tablet does not appear to support fast or wireless charging. 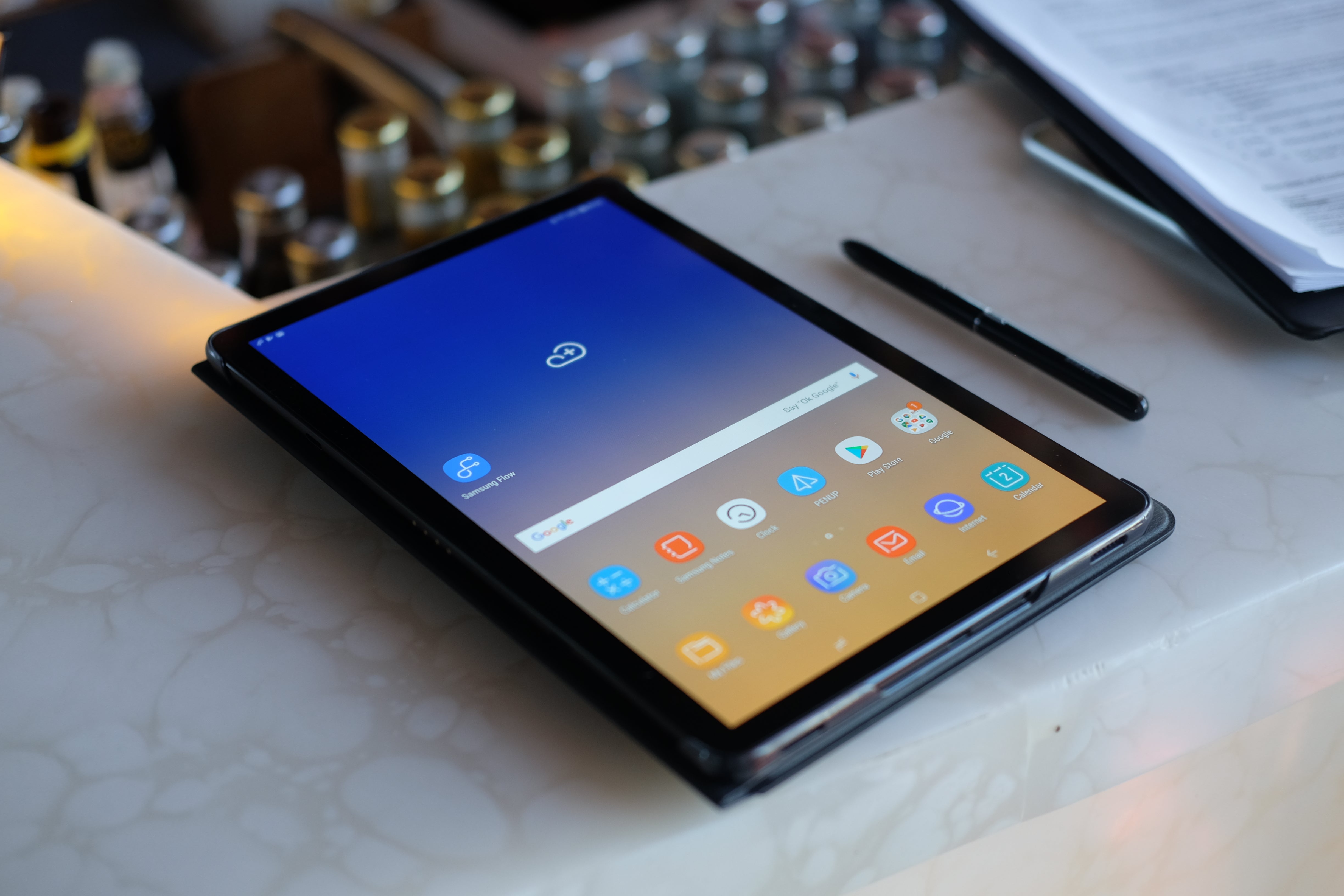 The Xiaomi Pad 5 includes a 13-megapixel rear camera capable of capturing up to 4K video at 30fps, along with an 8-megapixel front camera that can capture 1080p at 30fps for HD Zoom calls.

I managed to get a sharp and vibrant shot of one of the large lamps in the showroom with the rear lens proving the camera can get a good shot with sufficient lighting, but many of my photos came out colourful, but over-sharpened and slightly blurry under the room’s otherwise dim lights.

The front camera showed similar compromised performance in low-light, but my selfies came out pretty good in brighter spots.

The Pad 5’s camera seems like a great tool for snapping quick photos, scanning documents and hopping onto video calls, but I wouldn’t ditch my smartphone camera for it – especially when it comes to shooting in low light.

The Xiaomi Pad 5 is a very capable tablet with snappy performance and a vibrant and responsive display. The camera quality could be better, but it’s good enough to take photos of notes and join calls, while the addition of Dolby Vision makes this tablet a great choice for streaming movies on-the-go.

Xiaomi doesn’t current sell a 5G version of the Pad 5.

Does the Xiaomi Pad 5 come with a keyboard and stylus?

The tablet does not come with a stylus or keyboard included, but you can buy them as optional extras.

Does the Xiaomi Pad 5 have a variable refresh rate screen?

The Xiaomi Pad 5’s screen does not have a variable refresh rate.

‹
UK RRP
EU RRP
Manufacturer
Screen Size
Storage Capacity
Rear Camera
Front Camera
Video Recording
IP rating
Battery
Size (Dimensions)
Weight
Operating System
Resolution
Refresh Rate
Ports
Chipset
RAM
Colours
Xiaomi Pad 5
£369
€349
Xiaomi
11 inches
128GB, 256GB
13MP
8MP
Yes
No
8720 mAh
166.25 x 6.85 x 254.69 MM
511 G
MIUI for Pad
1600 x 2560
120 Hz
USB-C
Qualcomm Snapdragon 860
6GB
Pearl White, Cosmic Gray
›
A 'hands on review' is our first impression of a product only - it is not a full test and verdict. Our writer must have spent some time with the product to describe an early sense of what it's like to use. We call these 'hands on reviews' to make them visible in search. However these are always unscored and don't give recommendations. Read more about our reviews policy.