What is the Xiaomi MiJia Car DVR Camera?

The Xiaomi MiJia Car DVR Camera is an ultra-low budget dash cam. Priced at only marginally more than £50, the MiJia is about as cheap a dash cam that you can buy – although you’ll have to purchase it directly from GearBest in China to get it for this price. The question is whether, despite the inevitable compromises of the rock-bottom pricing, the MiJia can do the job intended.

Despite the MiJia’s budget orientation, the internal specification isn’t too bad. The device is based around a Sony IMX323 CMOS, which is a chip aimed at video surveillance and security, boasting capable performance in low light. It has a reasonable 1/2.9-inch size and 2.19 megapixels, which is perfectly adequate for the maximum video resolution of 1920 x 1080 pixels.

This resolution is recorded at 30 frames/sec, but it’s also possible to capture 720p at 30 or 60 frames/sec. A microSD card is used for storage, with support for up to 64GB capacity, although no module is included in the box. At the top Full HD recording resolution, a reasonable data rate of 16Mbits/sec is used, so a 16GB microSD card will be sufficient for about 130 minutes of footage before recording begins to loop. 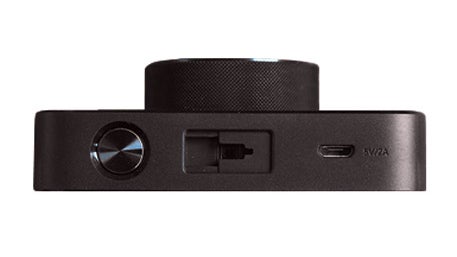 The MiJia’s mounting options are minimal. There’s a very simple windscreen attachment included, which has a ball joint built in so the angle of the camera can be adjusted. The mount attaches to the screen via an adhesive patch rather than suction, with an additional patch included in the box should you use up the original one.

Although dash cams are meant to be left in the car – unlike satnavs – it’s still a bit of a drawback that your only option with the MiJia is permanent attachment. You have only two chances to switch the mount to another vehicle, although you can of course slide the camera itself off the mount, which isn’t too difficult, even if there isn’t any kind of quick release included.

Using the MiJia is made difficult by the fact that, as a local Chinese product imported into the UK, no attempt has been made to internationalise the menu or manual. Unless you can read Chinese characters and have a strong grasp of Mandarin, the initial menus that pop up when you first turn on the unit won’t exactly be enlightening. The only part of the setup procedure that’s intelligible is setting the date and time, which will be handy for correctly date-stamping the recorded video files.

However, there is allegedly another route to configuring the MiJia. Despite the price, this dash cam has built-in Wi-Fi. If you skim through the incomprehensible Chinese-only manual, you’ll discover a QR code that will lead to installing a MiHome smartphone app via your device’s app store. You can then select the one legible English word on the menu, ‘WIFI’, to view the wireless network SSID and password for signing in on your smartphone. 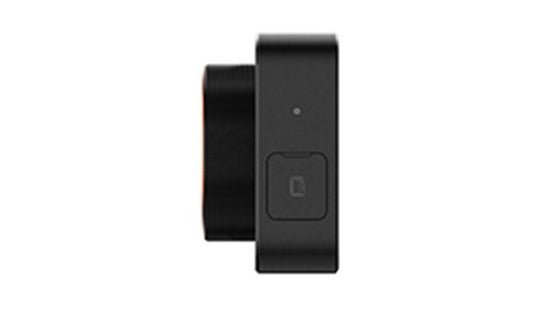 Once your smartphone is on the MiJia Wi-Fi network, you can load MiHome. This takes you through a decidedly annoying and involved signup procedure that requires activation via an email address or telephone number. Then, finally, you can sign in… only to find that the MiJia dashcam isn’t currently one of the devices supported by this app – nor, in fact, is this the right app for this dash cam.

Why Xiaomi put a QR code in its manual to access an app that doesn’t currently support the device in question only it can answer. It’s possible that there will be support in the future, but until then this nullifies any benefit from having Wi-Fi built into the MiJia, which was rather a surprising inclusion at this price to begin with.

Unfortunately, the end result of all this is that, unless you can read Chinese, you won’t easily be able to change the settings on the unit from the factory default. So although in theory it records 720p video, you’ll be stuck with 1080p. If you head to the Gearbest.com website, there is a guide to the what the menu means, and it’s also clear that the MiHome app isn’t the right one, but it appears that the MiJia DVR app isn’t available in the UK iOS app store.

It’s no surprise to find that the MiJia isn’t packed with extra safety features, considering the price. Even if it was, the Chinese-only menu would make it impossible to configure these functions anyway. For starters, there’s no GPS built in, so your location isn’t recorded alongside the video. 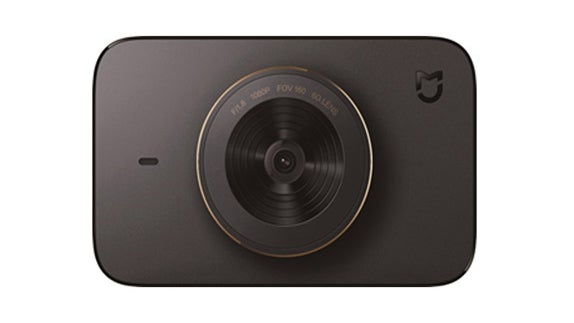 However, there is a G-sensor, so when the dash cam detects sharp cornering, rapid braking, or a collision, it will mark the current video file as an incident and ensure it’s protected. Otherwise, the looped recording system will recycle storage once the memory card has filled up, overwriting the oldest files with new ones.

Although the MiJIa uses a reasonably high data rate for Full HD, this doesn’t translate into the best dash cam video I’ve seen at this resolution. Contrast is decent enough, but detail is lacking, although it is possible to read nearby number plates. The lens is rated at f/1.8, and the MiJia performs adequately in low light – although, here again, it isn’t the best I’ve come across. Overall, performance is just about acceptable for the price.

You can view a sample of footage from the Xiaomi MiJia Car DVR here.

Should I buy the Xiaomi mijia Car DVR Camera?

It’s hard to recommend the Xiaomi MiJia Car DVR Camera to anyone who doesn’t read Chinese. Nevertheless, it’s capable of passable image quality and it’s extremely cheap. So if you’re not interested in changing any settings and don’t want to spend much on your dash cam, this is a good value unit. But there are a lot of frustrations to contend with outside the Chinese-reading world.

The Xiaomi MiJia Car DVR Camera is incredibly cheap, and just about does the job – although the Chinese-only menus, manual and non-existent app in the UK are a hindrance.