Instead of making only a single model of the Mi 5, Xiaomi is offering a few variations, each with a slightly different internal spec. For instance, the base model on review here comes with a Qualcomm Snapdragon 820 CPU paired with a respectable 3GB of RAM and 32GB internal storage. 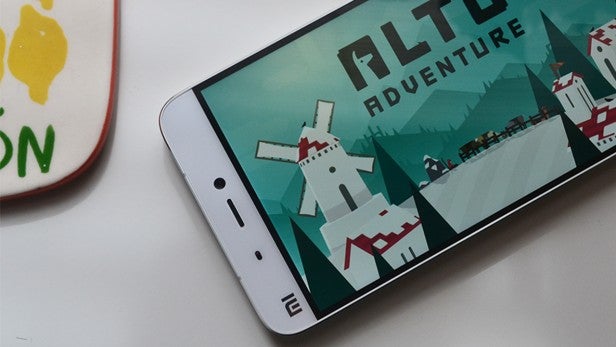 Next in line is a 64GB model with the same CPU and RAM, but with a slightly higher clock speed. Finally, there’s the Xiaomi Mi 5 Pro with a beastly 128GB of internal storage, 4GB of RAM and a Qualcomm Snapdragon 820 with an even higher clock speed. Considering the high-end model will still only set you back £380, it’s a pretty strong deal.

However, I can’t say that I’ve been particularly clamouring for the extra gig of RAM or faster clock speed. Even the base model of the Mi5 is an absolute powerhouse. That top-end Snapdragon CPU paired with more than enough RAM and a lower-resolution display than the competition combines to make one of the fastest phones on the market. 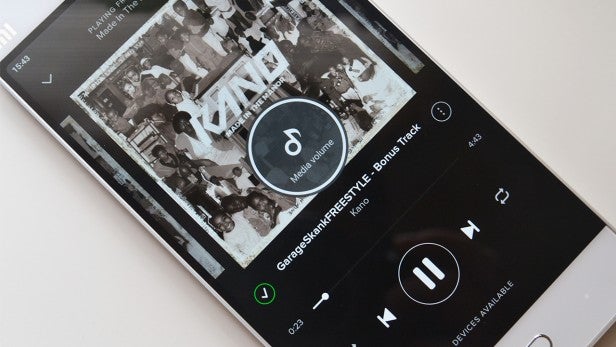 The Mi 5 speakers are poor, with heavy distortion

It will handle anything you throw at it with ease, even intensive gaming. The Adreno 530 GPU can manage pretty much any title – from Hitman Sniper and Real Racing to Monument Valley – and will run it without lag and dropped frames.

It manages to do all this without ever becoming hot, or even slightly warm for that matter.

If there’s one issue with the Mi 5 then it’s the speaker, which is incredibly poor. While the handset may appear to have dual speakers on the bottom, only one actually pumps out sound. The other, I assume, is a microphone. Music sounds distorted, even at low volumes, and there’s no bass or detail in vocals. It will be sufficient for your morning alarm, but certainly not for anything else.

During my testing I was using a UK SIM on Three. Even though it’s an import device, 4G worked fine and call quality was decent. As mentioned, although the loudspeaker produces distorted sound, the microphones pick up my voice with crisp quality.

4G will work in the UK, but, as a result of the bands used on the device, you’ll be limited to 3G speeds on US networks.

I often feel like a broken record when talking about software on Chinese phones. Whether it’s Huawei, Meizu or Oppo, the issue remains that all feel the need to tinker and change Android so much that it’s almost unrecognisable from Google’s creation.

Xiaomi, however, takes this to another level. The Mi 5 runs Marshmallow 6.0, and the phone can be shipped with the Google Play Store installed, but if you didn’t already know then you’d the handset featured a custom piece of software designed by Xiaomi. 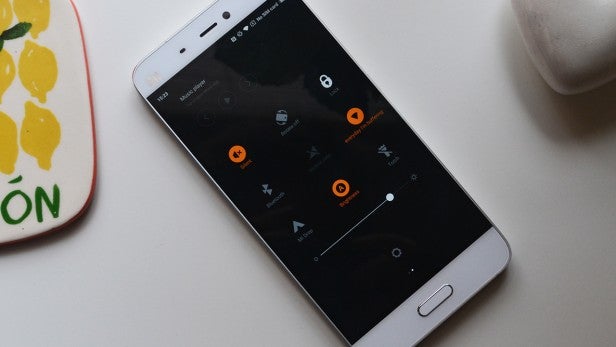 There isn’t the faintest hint of Google’s Material Design here: no app-drawer, a completely different notification shade and settings app, and a whole new way of multitasking. The experience is more akin to iOS than Android.

It isn’t ugly – a word I’d use to describe Huawei’s EMUI. In fact, much of it is actually quite nice.

The frosted notification shade, the simple yet functional native apps, and the clean settings sheet are all well done. However, if you’re coming from another Android device, especially the Nexus 6P, then it will feel like stepping into the unknown.

You can, of course, install a custom launcher and this will bring back the sacred app drawer – but it won’t change much else.

Most important is that the custom skin, which Xiaomi calls MIUI, actually works. It’s quick, it isn’t full of bugs and it appears to play nice even when you begin installing a number of Google apps. There are frequent pushes to set up a Mi Account – which requires you to input your mobile number – and you’ll have to do this to use any of the custom themes, but it isn’t mandatory. 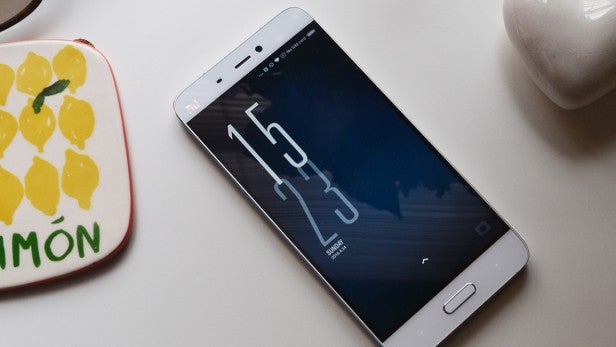 If you’re picking up a Mi 5 expecting a pure Android experience, then this isn’t the phone for you. However, I’ve been using it for a few weeks now and I’m not as annoyed by it as I expected to be.

I’d have liked to be able to use Google Now on Tap – which is completely unsupported – and the multi-tasking view is only a single line of icons; but these are my only two real big issues.

Note that issues may arise when Android N launches later this year, in terms of whether or not this phone receives an update. It’s difficult to know, although other Chinese manufacturers have always been slow to get their phones on to the latest version of Android.