What is the Xiaomi Mi4C?

The latest member of the Mi4 family, the Mi4C is Xiaomi’s attempt to secure some more mid-range market share before the launch of the hotly anticipated Mi5 early in 2016.

Like its forerunner the Mi4i, the Mi4C has an all-plastic exterior. The polycarbonate shell brings to mind the iPhone 5C, but the finish is matte rather than glossy, increasing grip in the hand. While metal-clad smartphones are becoming more common due to the premium nature of the materials, you can’t accuse the Mi4C of feeling cheap and nasty; the case is solid and well-made, with no creakiness to speak of.

This is partly down to the fact that the battery inside can’t be removed, ensuring that the unit can be sealed tightly and securely at the point of manufacture. With a height of 138mm and thickness of 7.8mm, it’s a pleasingly compact unit – certainly much smaller than the Nexus 5X, which boasts a similar-sized screen. 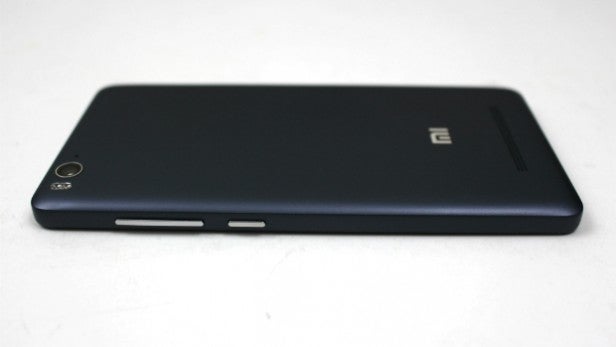 The front of the phone showcases the 1080p, 5-inch IPS LCD screen, which has the three traditional Android commands at the bottom. At the top you’ll see the Mi logo, earpiece and front-facing 5-megapixel camera. Around the rear are a 13-megapixel snapper, dual-LED flash and speaker, which is surprisingly loud and punchy.

On the top of the phone you’ll find the 3.5mm headphone socket. Personally, I’d have preferred this to be along the bottom edge, like it is with the Galaxy S6. An IR blaster sits up here too, which turns the phone into a remote control for your TV or stereo. 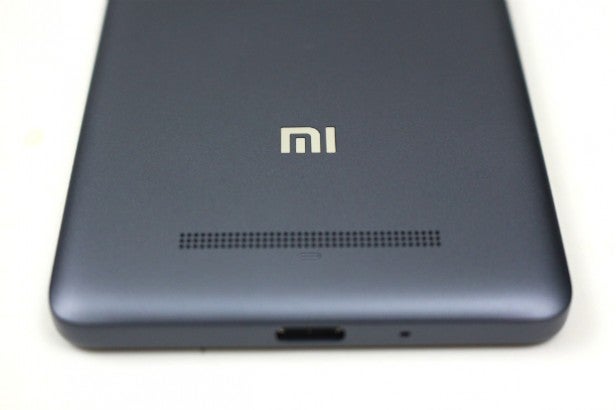 On the bottom there’s the USB Type-C connector – a first for Xiaomi. This banishes the issue of plugging the power lead in the wrong way around, and also means the phone supports faster data transfer (assuming the other device also has Type-C) and quick charging.

There’s no fingerprint scanner, nor NFC inside, so the Mi4C won’t support Google’s contactless Android Pay system when it rolls out next year. The lack of NFC is disappointing when you consider how long it has been commonplace in other Android handsets, but Xiaomi has claimed in the past that very few people actually use it. That might have been true a few years ago, but thanks to Apple’s efforts in the contactless payment arena, it’s about to become a pretty essential feature – and it’s a shame the Mi4C doesn’t have it.

The lack of a microSD card slot may also put off some buyers. Instead you’re stuck with the standard 16GB of storage (32GB if you opt for the more expensive model, which also has an extra 1GB of RAM).

The 1,080 x 1,920 pixel IPS LCD screen on the Mi4C is 5-inches from corner to corner and boasts a 441ppi pixel density – more than adequate for a display of this size. For an LCD panel the contrast is excellent, with deep, convincing blacks mixing neatly with brighter, more vibrant colours. For a phone that costs this little, it’s a remarkable display in terms of quality.

Xiaomi has included a sunlight mode, which makes the screen easier to see outdoors. In general it works well – although the shininess of the glass that covers the display does sometimes make it hard to see past the glare and reflections. 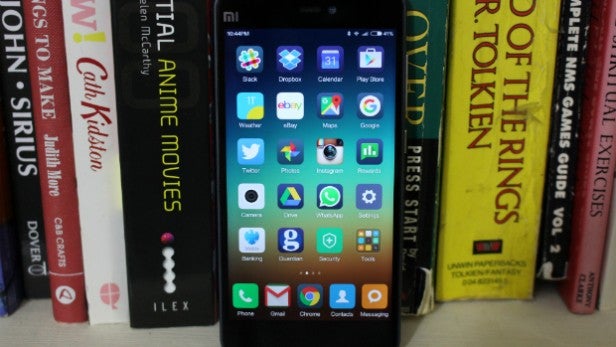 While we’re on the topic of glass, it’s worth pointing out that Xiaomi hasn’t specified what material has been used here – there’s no mention of Gorilla Glass anywhere in the specification list. While this doesn’t preclude the use of some form of protective covering, I noticed that the screen on my review unit has already picked up quite a deep scratch, so it might be prudent to treat the phone with kid gloves.

One feature I really liked – which was disabled in the options menu by default – is the ability to double-tap the display to wake up the handset. I’m amazed that more mobile manufacturers don’t include this as standard in their products.

Xiaomi, like the vast majority of Android OEMs, places its own UI skin over the top of Google’s mobile OS. MIUI is one of the more comprehensive skins on the market, boasting its own user account system and marketplace, and is now up to version 7, which looks more like Apple’s iOS than ever before. Xiaomi has been criticised in the past for slavishly copying the iPhone maker’s every move, and if you’ve used iOS recently then you’ll spot a lot of similarities here.

There’s no app drawer, as you’d find on most Android phone. Instead, all of your apps are arranged on your homescreen, just like they are in iOS. Xiaomi has also adopted a “flat” design for app icons, again taking its lead from Apple. Another “borrowed” idea is alert badges on icons, denoting unread messages or notifications. Many other elements of the UI are stylistically similar, such as the Wallpaper settings menu.

Such shameless replication of ideas would be annoying were it not for the fact that they all work so well. Xiaomi has combined the best elements of Android – such as a more robust notification system and wider user customisation (you can apply user-generated themes to the UI and even create your own) – with the best aspects of iOS to deliver a Frankenstein-style OS that offers an intuitive and appealing experience. Every element is meticulously designed and rendered, making stock Android look a bit dull and uninspired in comparison. This is perhaps a matter of personal preference, but I vastly prefer MIUI to Android 6.0 Marshmallow on the Nexus 5X in terms of pure aesthetics. 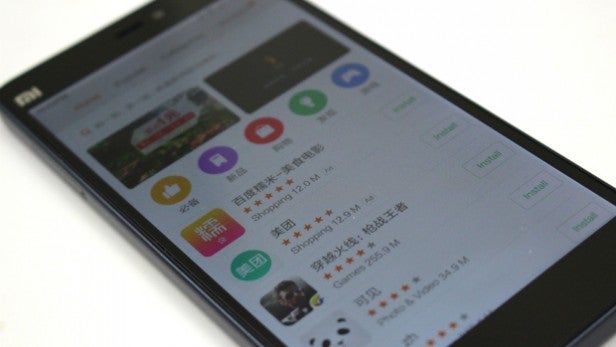 For all of its cloning, Xiaomi does have some ideas of its own. New to the Mi4C is the concept of “Edge Controls”, which allow you to perform certain actions by double-tapping the side of the phone with your finger. You can set this feature to take you backwards through the UI, which is by far the most useful application. The other is to take a photo when the camera app is running, but this isn’t quite as effective – the process of tapping the phone usually means the resultant photo is blurry.

MIUI 7 is available in two forms: developmental and stable. Most units imported to the West by Chinese resellers will come with the former installed, as development ROMs can easily be hacked and packaged with a wide range of useful (and not so useful) apps. The main reason, however, is so that Western users can gain access to Google’s suite of programs, which don’t come with the Mi4C as standard.

Even so, you’ll want to flash the global stable ROM the moment your phone arrives, which is a simple matter of downloading the file to the phone’s internal storage and using the MIUI Updater app to flash the update. You’ll lose Google apps, but it will also remove any bothersome bloatware that will almost certainly have been included by the ROM creator, leaving you with a more stable version of MIUI 7.

It also means you’ll have an unrooted phone – out of the box, my Mi4C review unit was rooted and therefore wouldn’t play nice with some of my essential downloads, such as the Barclays mobile banking app. You can get Google apps back by installing a program from the Mi Market. While the entire process takes only a few minutes, it might be a bit beyond casual users, so keep this in mind when mulling over a potential purchase.