Like the Mi3, the Mi4 has a 5-inch LCD display with a 1080p full HD resolution. Unlike some of its Android competitors, this phone hasn’t stepped into the finger-stretching realms of super-sized screens. This is still a roomy display, but it’s a little more manageable than devices like the OnePlus One and LG G3, each of which boasts a 5.5-inch panel that gives your thumbs a serious workout.

The IPS display doesn’t quite have the pop of the Samsung Galaxy S5‘s AMOLED panel, but it’s still bright, punchy and easy to view at any angle. It’s also easy to view in direct sunlight, and the 1080p resolution ensures that individual pixels can’t be seen unless you bring out the magnifying glass.

Xiaomi has included the option to tinker with the colour levels using an app that is baked into the MIUI operating system. You can toggle between different presets to get the look you want, but if we’re brutally honest the default configuration is probably the best. Still, it’s nice to at last have the option. 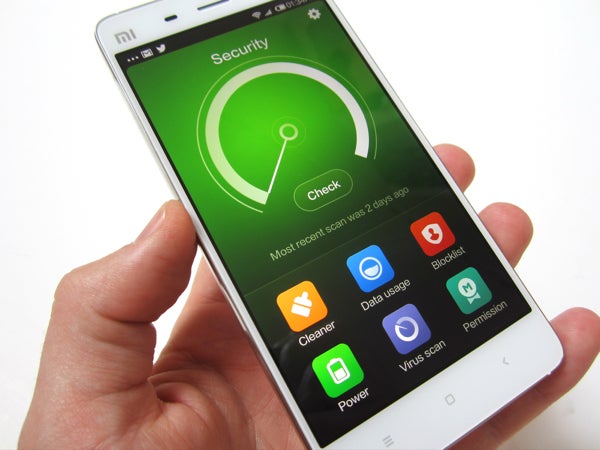 The Xiaomi Mi4 is rocking MIUI v5, a heavily customized — and surprisingly nippy — version of Android 4.4.2 that comes with a wide range of differences, the most striking of which is the fact that there’s no app drawer. All of your apps are laid out on the home screen and you can arrangement them in various folders to keep things tidy, just like iOS. However, you can still use active widgets to liven things up a little.

Although it’s running Android, there’s a distinct lack of Google action in terms of preinstalled applications. Core apps like Google Mail, Google Calendar and Google Docs are all absent, and most units sold in China don’t even come with the Google Play Market installed — you have to access all of your content via Xiaomi’s own Mi Market instead. 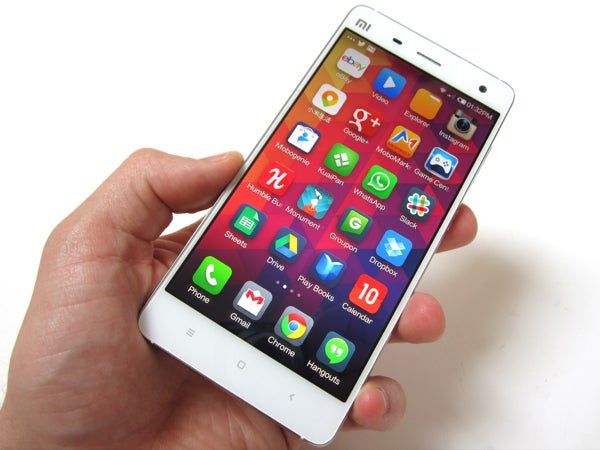 Units sold outside of China by resellers often come with software modifications, and Mi4 we reviewed had Google’s digital storefront pre-loaded, as well as two other download portals called MoboMarket and Mobogenie — both of which boast all of the essential Android apps.

It’s clear that Xiaomi wants you to use its own services rather than Google’s, and there’s a very good reason for this — the company essentially sells its hardware at cost and makes a large amount of its revenue from digital purchases. MIUI grants access to a wide range of consumable content, including ringtones, themes, music and other applications. While it’s possible to sign up for a Mi Account outside of China, the Mi Market is almost entirely in Chinese and unless you’re a native speaker, navigating it is a matter of trial and error. 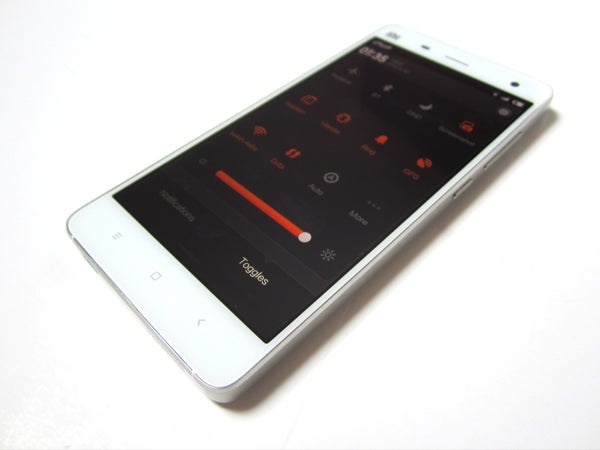 While the Mi4 comes with its own apps for activities such as email, photography, gallery viewing and even cloud storage, it’s possible to replace pretty much all of these with your own choices thanks to a “Default App” selection menu, be they Google-based or otherwise. While it’s not possible to totally westernise the phone — you’ll still be pushed towards Xiaomi’s own services from time to time — with a little bit of effort you can get the Mi4 performing more in line with Google’s vision.

Even so, there are still some issues here. We noticed that on our review unit, we couldn’t get the official YouTube application to load at all, regardless of which source we downloaded it from. Also, we weren’t able to download applications from any of the app stores until we trawled the settings menu and discovered that the phone has a default limit of 500kb for downloads when not connected to a Wi-Fi hotspot. Thankfully this barrier can be lifted or removed altogether, but it caused us some serious brow-furrowing for a few hours as we tried to fathom why this cutting-edge piece of Android hardware steadfastly refused to install any applications. 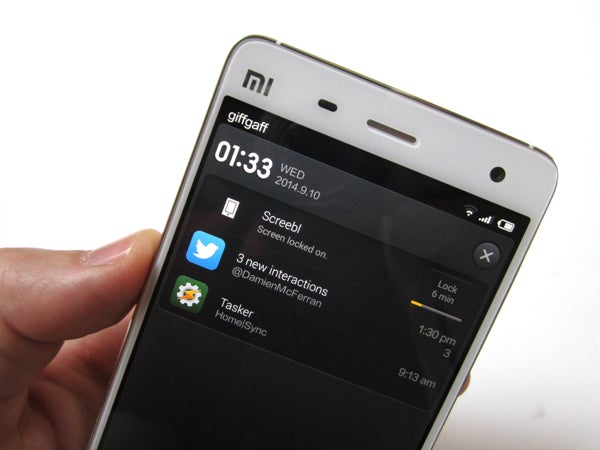 With a quad-core 2.5GHz Snapdragon 801 chipset on board and 3GB of RAM to keep things ticking over, it should come as no great surprise to learn that the Mi4 is a blisteringly swift piece of tech.

All of the benchmark tests we ran returned top-line results. The Mi4 achieved a score of 24,038 on Quadrant Standard and 43,615 on AnTuTu Benchmark —- eclipsing the likes of the Galaxy S5 and Nexus 5 with ease. 3DMark’s Ice Storm Unlimited test — designed to investigate the graphical potential of smartphone hardware – delivered a result of 19,595, which is behind the Tegra K1-powered Nvidia Shield Tablet but still a very respectable score.

Gaming on the Mi4 is a joy thanks to the robust tech that lies in that thin, premium-feel casing. Not only do the latest 3D titles like Asphalt 8: Airborne and Dead Trigger 2 run at an impressive pace, they post striking detail, something which is all the more obvious thanks to that lush 5-inch, 1080p screen.

While Xiaomi has clearly built a very fast version of Android with MIUI v5, it’s obvious that the powerful CPU and large reserve of RAM help keep the experience silky-smooth. Even when the Mi4 is performing multiple tasks in the background, there’s rarely any stuffer or jerkiness. Compared to the custom skins seen on Samsung, Sony and LG’s products, this is an incredibly polished and pleasant UI offering.