What is the Xiaomi Mi3?

Sometimes smartphones can seem a bit boring. Every year, the same companies make the same phone but with a few tweaks, a bigger screen and a new name. Phones like the Xiaomi Mi3 are here to shake things up.

The Xiaomi Mi3 isn’t available in the UK yet aside from as an import, but Chinese companies like Xiaomi and OnePlus have a chance at changing the face of the phone market. Of course, that’s all stuff for the future.

We got out hands on one of Xiaomi’s phones right now to see whether this £200-odd wonder is really worth considering as an import alternative to something like the Nexus 5, or even Samsung Galaxy S5. 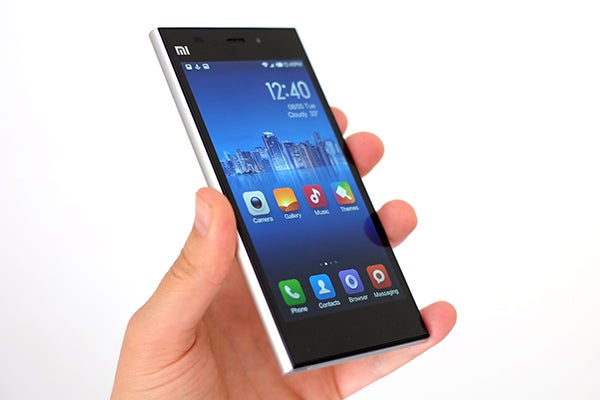 Chinese phones are infamous for nicking the looks of other better-known models. There are more Samsung Galaxy knock-offs over there than you could count. But the Xiaomi Mi3 is different, it has a look all of its own.

Granted, there are shades of the Nokia Lumia series to its curved sides, but the Xiaomi Mi3 has a distinctive look that proves surprisingly recognisable for something most of us have never heard of. The back, bottom and top edges are all completely flat, but the semi-circle curved sides give the phone quite a nice, soft feel in-hand.

First impressions of the Xiaomi Mi3 suggest it’s ‘just’ a high-end plastic phone – again, in the Nokia mould. But it’s not. This is a magnesium alloy phone, and it is one of the first to use magnesium as its outer layer rather an inner casing. To be specific, the outer part of the Mi3 is a magnesium-aluminium alloy with three layers of graphite on top. 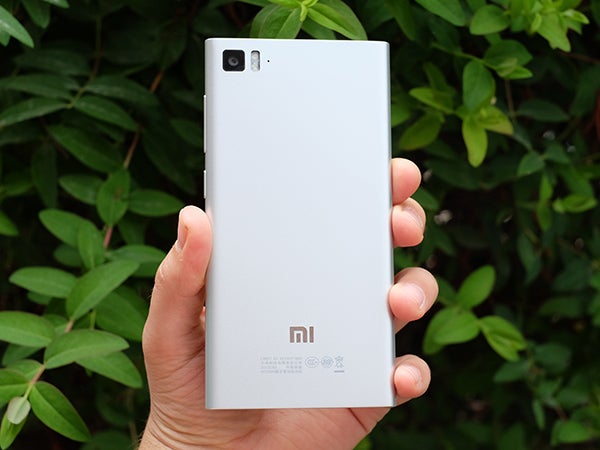 This gives a slightly soft feel that’s less hard and cold than standard aluminium. As a result it is also not going to impress you with how expensive it feels on first touch. While technologically superior – magnesium is lighter and stronger than aluminium – this is one of the reasons why phone-makers tend to favour aluminium.

Leave the magnesium shell a while to bed in and you really start to appreciate how well-made the Xiaomi Mi3 feels. The shell is much more rigid than plastic, giving the phone a higher-end feel than phones like the LG G3 or Samsung Galaxy S5. Both are more expensive than the Xiaomi Mi3 too.

There are nice little design touches too. The buttons have a nice crisp action with a high-quality feel, and they’re placed on the side (rather than the top) for easy access. 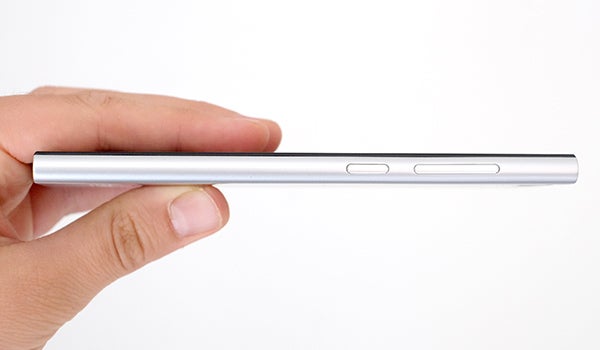 There are plenty of things to be improved, though. There’s no microSD memory card slot, and with just 16GB of storage in the standard version, you only have about 11GB to use for music, pictures and such. You can get a 64GB version, but it costs a fair bit more.

The Xiaomi Mi3 also uses the big ‘full-size’ SIM, which slots into the phone on a tray that seems the size of a dinner plate when you’re used to microSIMs and nanoSIMs. Full-size SIMs are still used commonly in China, but are all-but extinct here unless you’re looking at phones that only cost as much as a pub lunch. 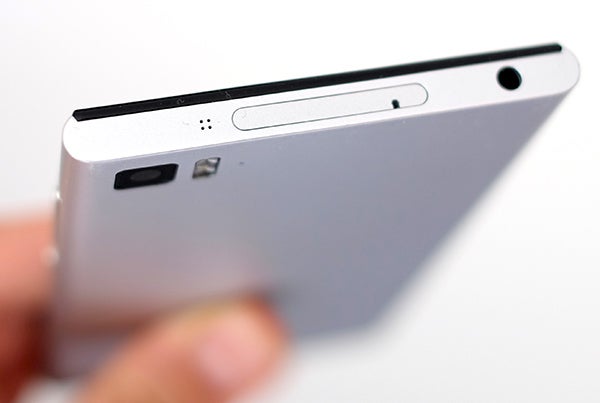 The curvy-sided design affects the width of the Xiaomi MI3, which is perhaps the dimension you need to worry about most when considering if a mobile will be too big for your hands.

The Xiaomi Mi3 is a millimetre wider than the Galaxy S5, and that phone has a slightly larger screen. However, as the Xiaomi Mi3 is just 8.1mm thick and otherwise pretty sound ergonomically, it’s really a design choice rather than a design issue.

Using magnesium also helps with weight. The Xiaomi Mi3 is just 148g according to our measurements, making it roughly the same weight as the Galaxy S5, and a good bit lighter than the HTC One M8 or Nokia Lumia 930. Of course, it’s very easy to overemphasise how important weight is when we’re talking about phones that are all pretty light given how big they are. Having one in your pocket isn’t exactly going to tire you out by the end of the working day. 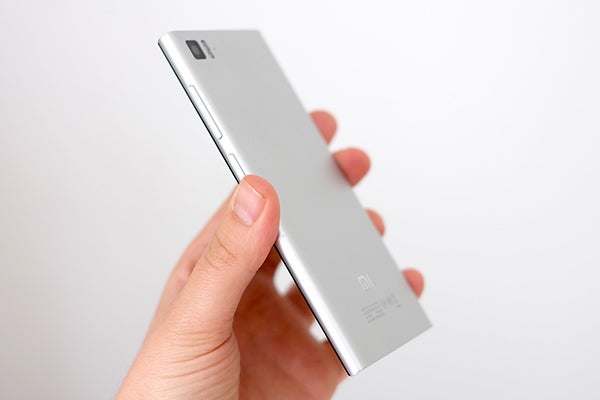 When dealing with a phone that’s essentially designed for a market other than your own, it’s important to check there aren’t missing features you’ll need. The Xiaomi Mi3 has most, apart from one – 4G.

As we’re starting to see 4G implemented in phones at all levels in the UK, from the £80 Alcatel One Touch Pop S3 up, it’s a bit disappointing to see the Xiaomi Mi3 top out at 3G. The one other obvious missing bit is an IR transmitter, although it still has NFC, GPS, Wi-Fi and an MHL-compliant USB port.