What is the Xiaomi Mi Scale?

Connected (or “smart”) scales do essentially the same job as the traditional bathroom type, but send data to the cloud for easy analysis. The Xioami Mi Scale is one of the cheapest on the market, yet it manages to do everything you’d expect of it without fuss.

The Mi Scale is an attractive bathroom scale, taking the form of a glass-topped square base with curved corners. Thanks to a clever bit of design, the weight readout is completely invisible until you step onto the scales.

When you decide it’s time to take a weight measurement, simply step onto the scales and a panel of LEDs hidden under the glass lights up with a live readout.

It’s a stable piece of kit, with rubber feet to keep it firmly in place. 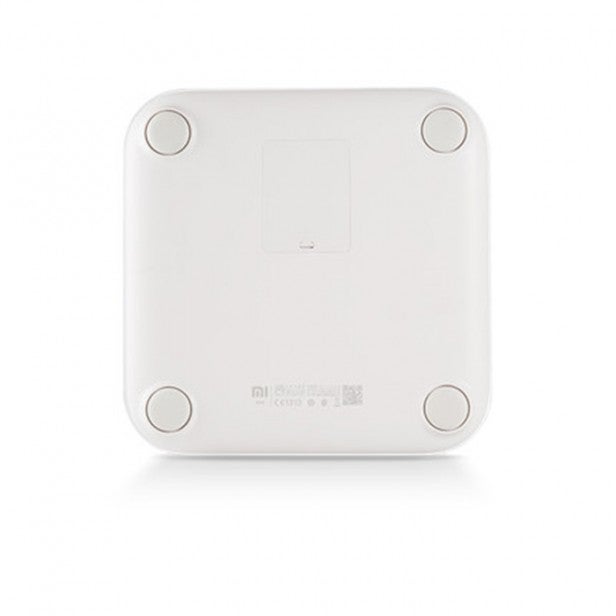 There are three important things to note about the Mi Scale before you begin. First, you’ll need four AA batteries – these aren’t supplied in the box – that Xiaomi reckons will last a year.

Next, you’ll need to download and install the Mi Fit app on your Android handset or iPhone, through which you’ll be able to track your weight measurements.

Finally, be aware that you’ll have to physically flick a three-way switch on the bottom of the Mi Scale in order to pick which weight it uses.

You can pick between kg, lbs and catties – the latter is sometimes used in Southeast Asia. The switch positions are written in Chinese with no English translation, so choosing between them will be a case of trial and error. 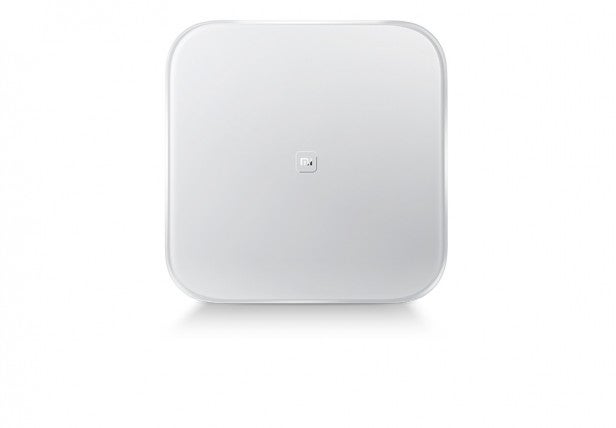 Pairing the scales with your phone is simple. Just have the app open on your phone, switch on your phone’s Bluetooth and step onto the scales. Pairing will begin as soon as you select the Mi Scale as the device you want to connect.

Xiaomi Mi Scale – In Use

The Mi Scale can communicate its weight readings to on the MyFitnessPal and Apple HealthKit third-party apps, but support is patchy and it’s pot luck whether your chosen app will actually support it.

Whichever app you use, you still need Xiaomi’s Mi Fit as a means of getting that weight data onto your phone, because the Mi Scale works over Bluetooth, passing weight data to the Mi Fit app when it’s open.

It isn’t a huge deal, but you will need to have your phone within range when you take a measurement in order to track your weight quickly. If your phone isn’t around, it will sync previous unsynced weight measurements the next time it’s nearby and you’re using the scales. This is one area where it lags behind rivals, including the FitBit Aria, but it’s a small price to pay for the small price you actually pay for the Mi Scale. 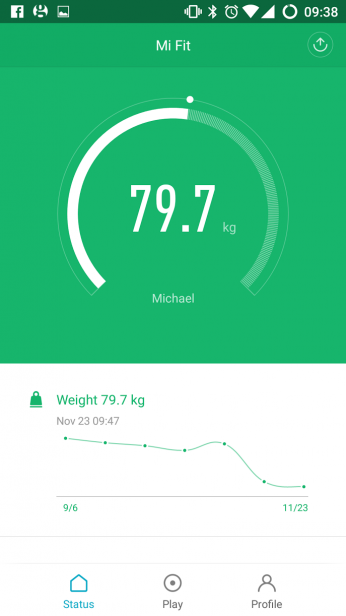 Measurements varied by up to 200g versus my FitBit Aria, but they were at least consistent so I could always trust the Mi Scales were tracking my relative weight accurately.

The Mi Fit app also supports the Mi Band and Mi Band 2, both super-cheap activity trackers made by the Xiaomi. The app presents its data clearly and lets you view your weight measurements as a graph, so you can easily spot trends and see when you perhaps slacked off your diet regime.

It is possible to add multiple people to your Mi Fit app, meaning you can share the scales with other members of your household. If your weights are similar, the app will ask you to confirm who’s actually standing on the scales to ensure the right person gets the credit for any given weigh-in.

There’s also an infant weighing feature, which uses your body weight as a tare before you pick up the child and see how much he or she has added to the overall weight on the scales. It’s a nice touch.

Should I buy the Xiaomi Mi Scale?

The Mi Scales are one of the cheapest ways to add your weight to your smart health setup. With compatibility across apps and ecosystems, it’s a great tool.

The only real downside is the lack of Wi-Fi connectivity, but having your phone nearby for weigh-ins won’t be a problem for most people.

Thanks to GearBest for supplying the review sample.