By combining flagship experiences with a mid-range price, the Xiaomi Mi 9T Pro has fast become one of the most desirable phones money can buy. In a time of uncertainty – with questions surrounding Huawei phones and whether it's worth getting a 5G phone just yet – the Mi 9T Pro is the perfect stopgap device that feels and performs like a top-tier flagship, without a sky-high price.

Xiaomi is going after Honor 20 and OnePlus 7 with its new Mi 9T Pro, combining flagship specs and slick design with a mid-range price. Unlike the competition, the Mi 9T Pro has a headphone jack – not to mention an all-screen display, meaning there are no notches or hole punches in sight.

Looking at photos of the 9T Pro and seeing its specs, it all sounds too good to be true. The phone costs just £399, undercutting the OnePlus 7 by £100, despite outgunning it in the imaging department, with not two, but three rear cameras.

Featuring what looks like the same all-screen Super AMOLED panel Xiaomi used on its slider, the Mi Mix 3 and Mi Mix 3 5G, the Mi 9T Pro even makes phones over double its price with clunky notches, like the iPhone Xs Max, look outdated.

But after a week with the phone, does this glowing first impression hold up, or is Xiaomi’s MIUI interface, which has proven notoriously clumsy on phones as recent as the Mi 9 SE, hold it back from greatness?

If you don’t mind not having the skinniest phone on the scene, you’ll be hard-pressed to complain about anything to do with the Mi 9T Pro’s design.

The phone’s curved glass back flows into its aluminium frame like water, is weighted fantastically from top to toe and combines its reflective back with patterning and colour pops. 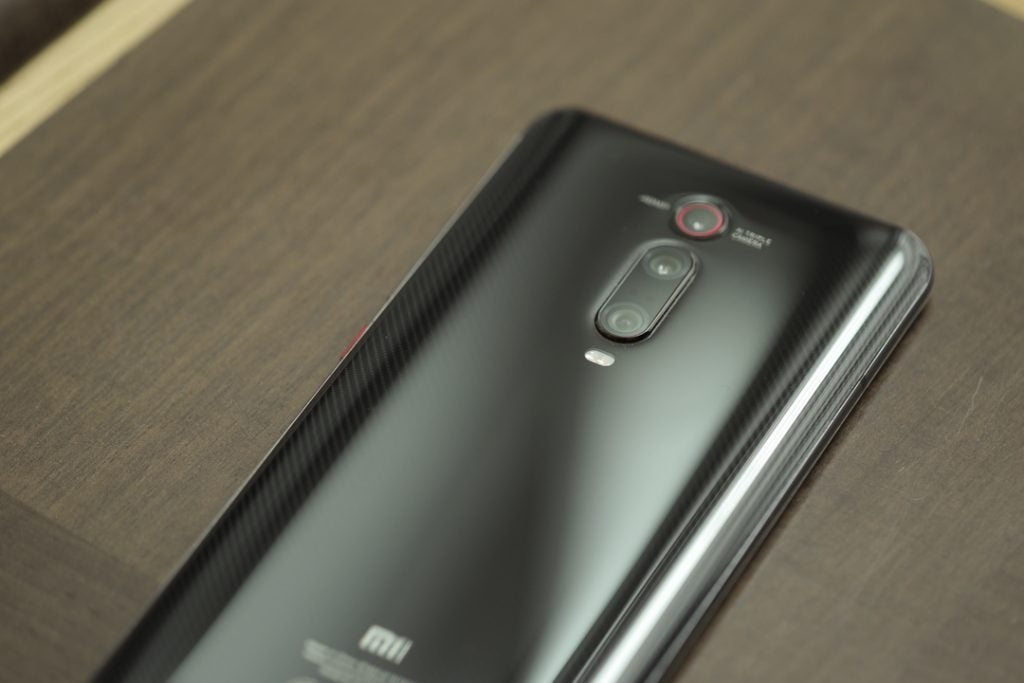 The Xiaomi Mi 9T Pro’s glass back flows nicely into it’s aluminium frame, with a subtle patterned design and touches of colour

Available in three colours – black, red and blue – with the UK only getting the black and blue options, the camera surround and power buttons feature colour highlights, while the back panel sports a striated patterning, reminiscent of Kevlar but on a much more miniature scale.

At the bottom of the phone is a USB-C port and SIM tray, which takes two SIM cards, but no SD card. All the phone’s buttons are on the right – a power button and volume rocker, while at the top is the headphone jack and the pop-up camera.

Every time the camera is activated, it rises with a jingle, and a red LED light strip either side, which looks really very cool. 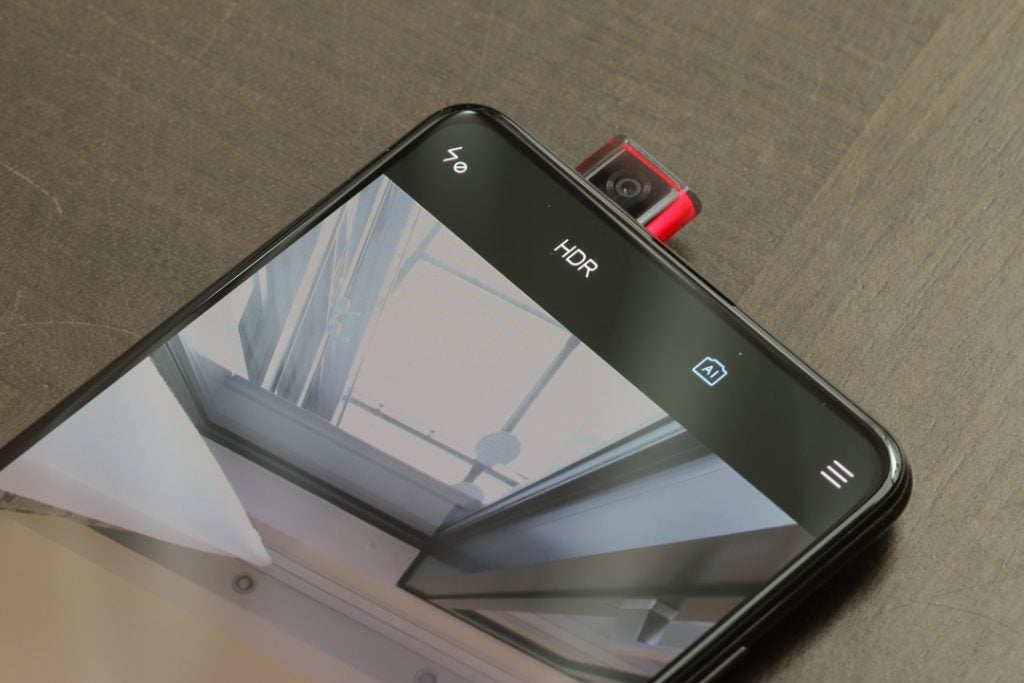 As with most glass phones, the Mi 9T Pro loves clinging onto fingerprints, and there’s no pre-fitted screen protector. On the plus side, it gets significantly less grubby than the Samsung Galaxy Note 10 Plus and S10 range, and the phone ships with a hard plastic case in the box for added protection and fingerprint avoidance.

Speaking of fingerprints – there’s an under-display fingerprint scanner onboard the Mi 9T Pro – a feature seldom seen on mid-rangers. While it doesn’t deliver the speed of pricier devices like the OnePlus 7, it does a decent job of getting you into your phone without too much waiting, and it’s preferable to a rear-mounted scanner.

With over 400 pixels-per-inch (PPI), while the Mi 9T Pro isn’t as sharp as QHD+ phones like the OnePlus 7 Pro, it’s precisely where it needs to be for the price, going toe-to-toe with the Honor 20 and Honor 20 Pro, and beating out the much more expensive iPhone XR, which clocks in at 326ppi. 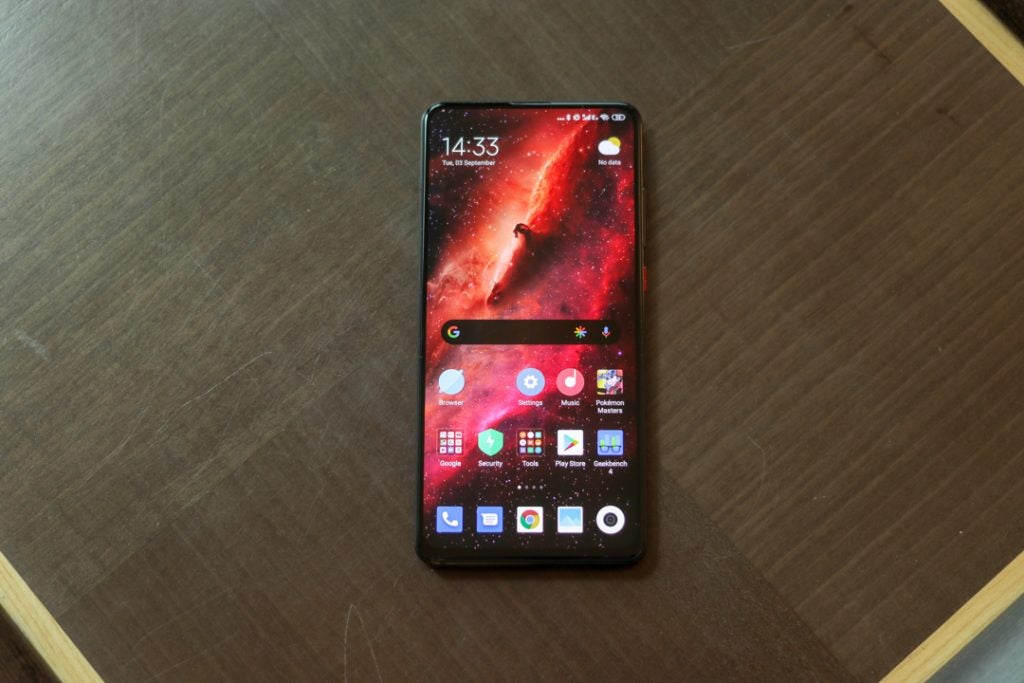 Viewing angles are very good, as is max-brightness, and with HDR support, the Mi 9T Pro plays back optimised content well. Gaming on the all-screen display is as immersive as it gets, and while the phone doesn’t feature the 90Hz refresh rates found on the likes of the Red Magic 3, it delivers much better colour accuracy.

Within the settings, there are also options to customise the colour balance, boost the contrast or keep things looking natural.

The Black Shark 2 may be Xiaomi’s current gaming phone, but that doesn’t mean the Mi 9T Pro doesn’t deliver an excellent gaming experience and performance in general.

Thanks to a Snapdragon 855 processor coupled with 6GB RAM, the phone powers through benchmarks and games alike. While it won’t quite stack-up to dedicated 2019 gaming phones from a numbers point of view, it isn’t far behind, and compared to the best of 2018 – the Razer Phone 2 and ROG Phone, the Mi 9T Pro wins out.

Only the 128GB model will be widely available in Europe, delivering enough storage for all but the most demanding file, app and game hoarders. That said, there isn’t microSD card expansion support, so if it sounds like too little storage, the Mi 9T pro probably won’t be or you.

The Xiaomi Mi 9T packs a 4000mAh battery – a massive bump up when compared to the original Mi 9, which had a significantly smaller 3300mAh cell. Unsurprisingly, it makes it through a full day from 6am to 11pm with about 20% left in the tank with moderate use.

The screen-on time is excellent, dropping by about 7-8% after an hour of streaming at full brightness, and even with gaming, hotspotting and a fair bit of photo taking, we didn’t manage to drain it dry. 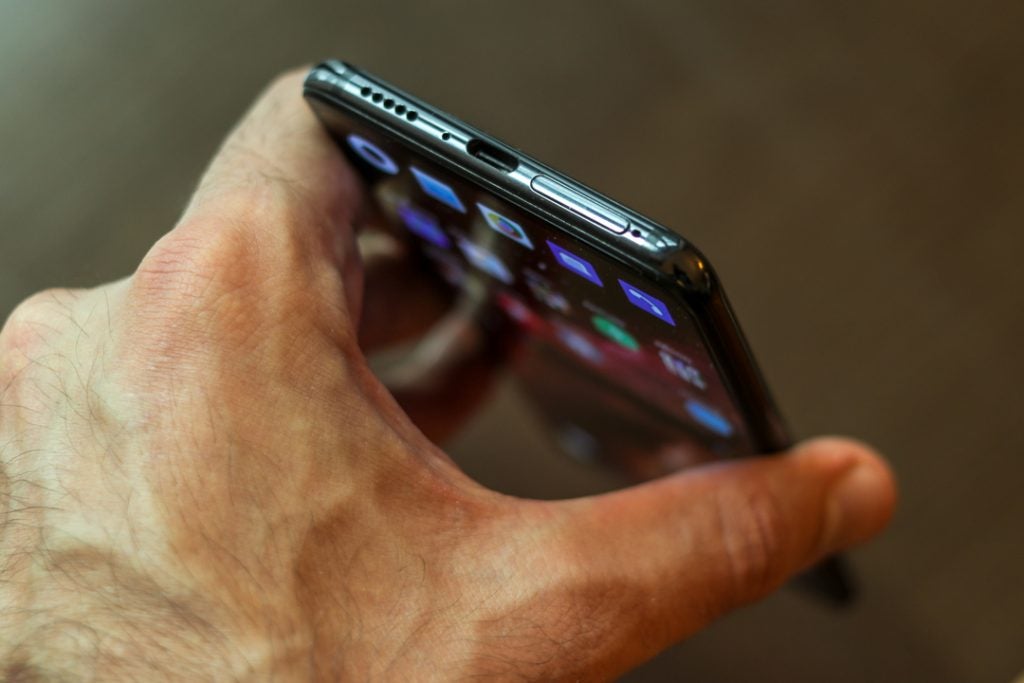 The Mi 9T Pro doesn’t pack wireless charging, though fast charges at up to 27W. In the box, however, the phone ships with an 18W charger, which impressively gets it from 0-100% in just over an hour. In turn, it’s plenty fast for us and competitive with other fast charging phones.

In the settings, the Mi 9T Pro also features battery saving modes that help you halt rogue applications from firing up, and limit background processes. There’s also a dark mode that can improve battery life, thanks to the phone’s Super AMOLED display saving battery when it showcases true blacks.

Just like the Xiaomi Mi 9 SE, the Mi 9T Pro runs Android 9.0 with MIUI 10, over the top. Running Android Pie, things start off well, with the latest widely available version of Google’s OS here; both future-proofing the phone and ensuring app support is looking great.

The interface doesn’t include an apps drawer. Instead, it opts for an iOS-esque setup. Shortcuts and widgets can be organised across your home screens, and to the left of these, is a utility display for quick access to features that Xiaomi believes users need to hand. These include tools like a QR code reader and note-taker. There’s also a pull-down notifications tray/quick toggle menu at the top of the screen.

Either gestures or buttons can control navigation, and the whole UI is highly customisable, from the home screen grid-size through to transition effects and more. There are some annoying quirks, too, though. For example, every time you install an app, it gets scanned for viruses. While this sounds great, it doesn’t merely scan in the background; it takes you to a different screen.

You can remove this feature, and also reinstate an applications tray with a custom launcher, two things we did – after which the experience went from a 60% to a 90%, but if you’re not prepared to tweak the UI to suit you, some elements might get a bit frustrating.

The primary sensor may be 48MP, but the pictures it snaps are 12MP by default unless you hit the override switch and fire up 48MP mode. This lower-resolution default size benefits from auto-HDR, scene detection and pixel binning, a technique that combines information from multiple pixels to create a better, albeit lower-res image.

In good light, detail captured by the Xiaomi Mi 9 SE is superb, though is high when it comes to contrast and saturation on occasions if you have AI scene detection activated. 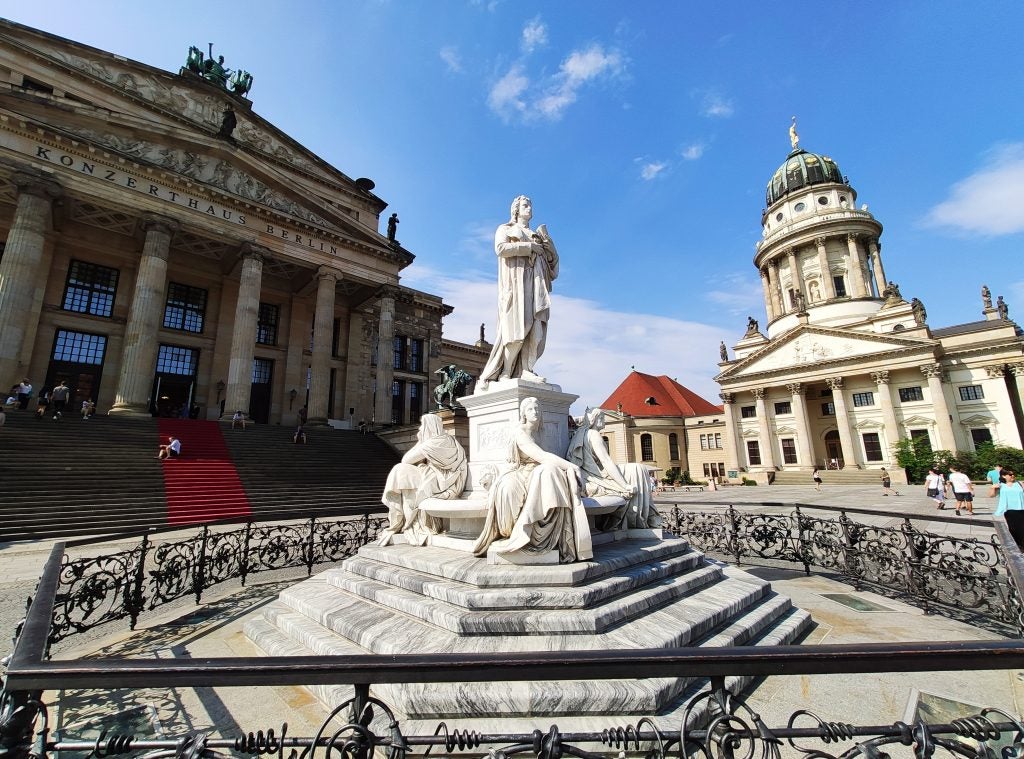 Pinch into shots you’ve taken, and things hold up well. This is especially true in the 48MP mode which we’d recommend firing up when lighting conditions aren’t too challenging, and you know you want to grab as much detail as possible. 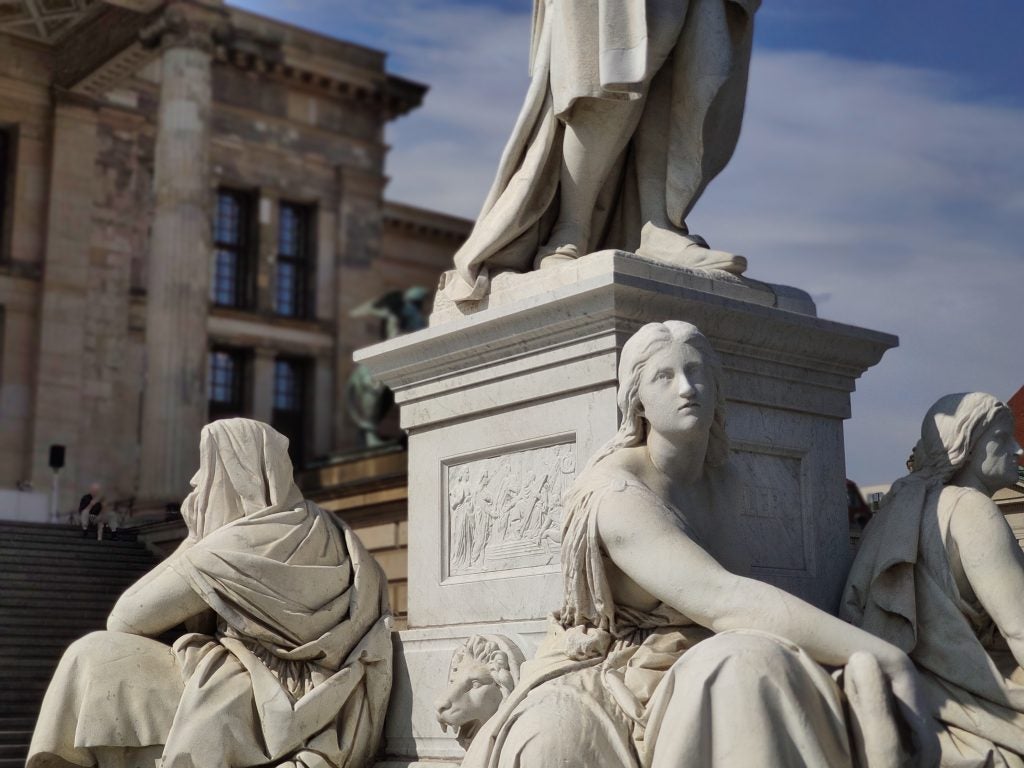 The camera’s zoom holds up well, too

When HDR is activated, even challenging scenes deliver a healthy amount of dynamic range when captured on the Mi 9 SE. That said, Auto HDR could do with being a bit more sensitive, as it didn’t always fire up when we needed it, so if you don’t see the HDR indicator, remember to override it. 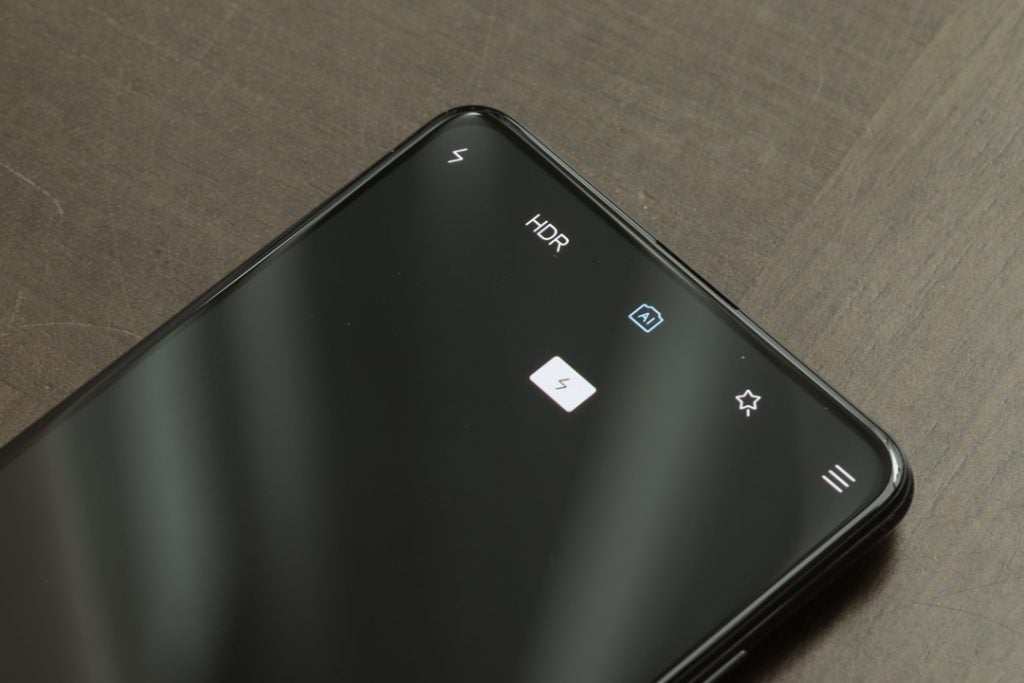 HDR mode can be a little sensitive, so it’s worth ensuring the indicator is displayed

There are also plenty of shooting options. These include Night, Panorama, AI, Portrait and Pro modes.

In low light, the Xiaomi Mi 9 SE does an excellent job for the price. In night mode, it captures atmospheric night shots with slightly bumped up brightness, activating a long exposure like the Huawei P30 and Pixel 3 series. Even in an automatic mode, the low light performance is respectable from the primary camera.

The telephoto and wide camera both do a decent job in good light, also taking advantage of the auto HDR feature. That said, when the lights drop, we’d suggest avoiding both altogether.

As for the pop-up 20MP (f/2.0) selfie camera, it also features auto HDR, so handles backlit scenes better than most mid-rangers. The Beauty mode isn’t overbearing by default, flattering rather than just flattening subjects. It can also be dialled up and down, which is welcome. 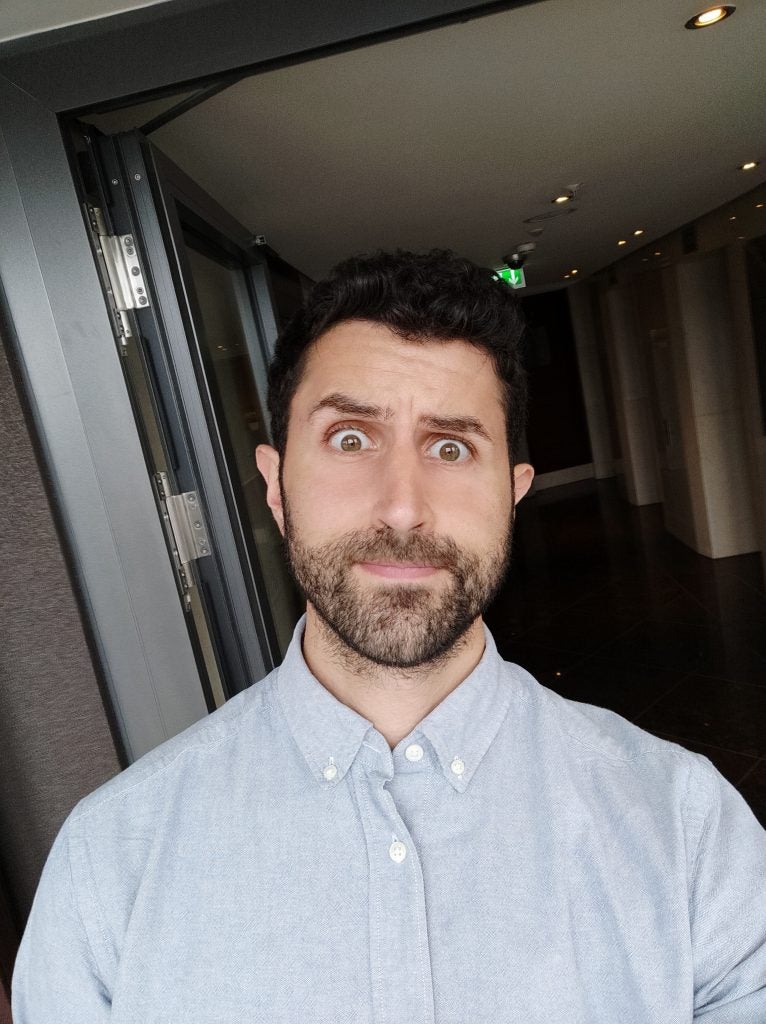 Selfies are sharp and clear, with the Xiaomi Mi 9T Pro’s Beauty mode flattering, and not flattening, shots

The detail in selfies is great in good light, but in low light, as noise creeps in clarity naturally drops. On the plus, the screen can double up as a flashlight, which helps things along nicely.

The Mi 9T Pro captures video at up to 4K resolution, and this grabs a superb level of detail for the price, especially in good lighting. Unlike the lower-end Mi 9 SE, and many 4K phones, it shoots up to 60fps, though does so with no stabilisation, so keep your hand steady when maxing out the quality. Drop the frame rate to 30fps, and across 4K and Full HD resolution, stabilisation is excellent, despite the lack of OIS.

Should I buy the Xiaomi Mi 9T Pro?

If you need a new phone that won’t break the bank, it’s a no-brainer. The Xiaomi Mi 9T is one of the easiest phones out now to recommend, combining exceptional value for money with a premium, accessible design, powerful internals and a very good stills and video camera. The phone’s all-screen display and under-display fingerprint scanner are also highlights for the price and the fact it has a headphone jack makes it something of a unicorn amongst flagship specced devices in 2019.

By combining flagship experiences with a midrange price, the Xiaomi Mi 9T Pro has fast become one of the most desirable phones money can buy. In a time of uncertainty – will Huawei phones be worth buying in the coming year with no Play Store access, and is it worth getting a 5G phone just yet? The Mi 9T Pro is the perfect stopgap device that feels and performs like a top-tier flagship, without a sky-high price.

Basil Kronfli
With over 10 years of industry experience, preceded by a mini-career in photography, Basil remembers the pre-iPhone days well, while still getting jazzed about today's latest and greatest devices. Exp…