When Dell launched it entry-level colour LED printers last autumn, it let slip that they were built around a new print engine from Xerox. When we asked Xerox contacts if it would be releasing LED printers around the same engine, they tapped their noses in a knowing way. The Phaser 6000V/B is what they were tapping about and, at first sight, an asking price of £119 looks like something revolutionary for a colour page printer. 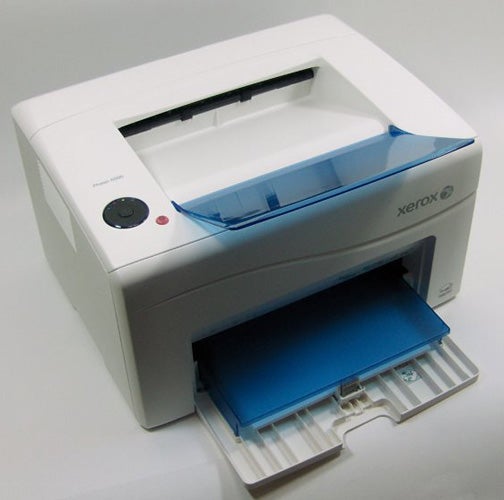 If Dell’s printers are black, square cut and slightly sinister, Xerox’s are white, curvy and unexpectedly jolly looking. With a light blue output tray, which folds out from the top surface and a similar jaunty, translucent paper protector, which slides out from inside a pull-down front cover, this machine would be very at home in a trendy Internet bar. 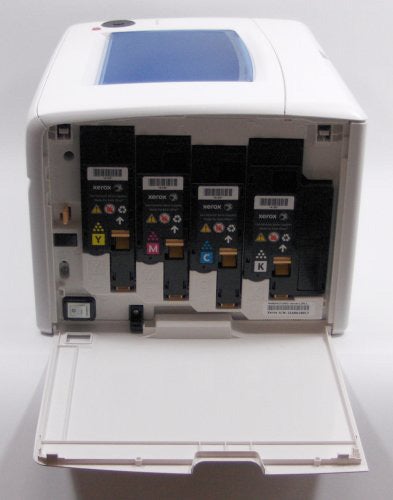 Nine status indicator LEDs have been grouped together in a black disc to the left of the output tray and cover toner levels, paper jams and the usual attention conditions. Two buttons, labelled with OK and Cancel icons, are the only physical controls. At the back, a single USB socket provides the data connection. 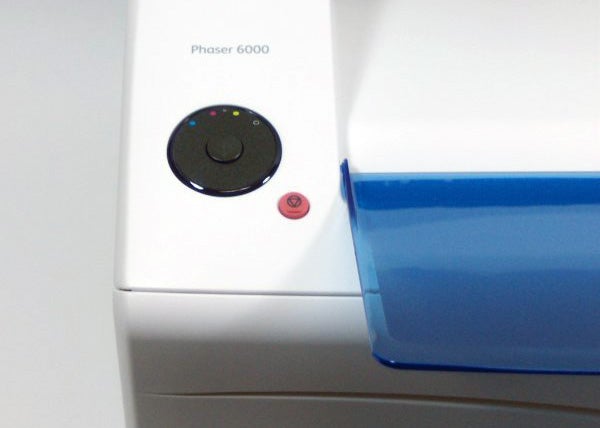 The software CD offers drivers for Windows and OS X, and Xerox also supports Novell NetWare, Solaris and several flavours of Linux. There aren’t many platforms this machine won’t print from.

Xerox rates the Phaser 6000V/B at 16ppm for ISO black print and 12ppm for ISO colour. Both these figures are ambitious; our 5-page black text print produced 6.3ppm and this increased to 8.8ppm on the 12-page document. When waking from sleep mode, which is how the printer will typically spend most of its life, you can add an extra 23s to the start of each print, while the engine warms up and the host-based rasteriser processes the document.


The printer was marginally quicker on our five-page black text and colour graphics test than it was on the five-page text one, giving a speed of 6.7ppm. A 15 x 10cm photo, printed on A4 paper, completed in a speedy 12s. 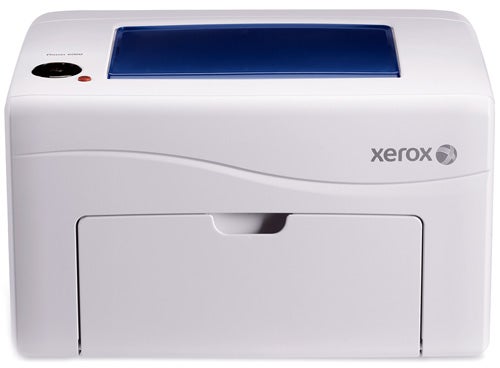 If you were at all concerned that an LED-based printer wouldn’t match the quality of a true laser engine, this printer calls the lie to that. Black text is razor sharp, easily good enough for any home or small office document.


Colours are bright and attention-grabbing and registration of black text over colour fills is excellent. Even our test photo print, which normally stresses laser and LED printers, produced a reasonable image. There was slightly more red in it than we would have liked, but smooth colour gradations and reasonable dark-area detail compensated for this.


It’s worth mentioning that this printer is commendably quiet, with a measured peak of 57dBA, some way below rival entry-level laser printers.


The main thing dragging this printer down is the ludicrous cost of consumables. The best prices we could find for the toner cartridges are £49 for the 1,000 page colour ones and £58 for the 2,000 page black one. A set will cost £205, getting on for twice the cost of the printer itself.


If Xerox included these cartridges with the printer, rather than providing 500-sheet ‘starter’ consumables, it would be cheaper to buy a new printer than replace them. As it is, it still costs 3.7p for a ISO black page and a staggering 18.3p for a colour one, both including 0.7p for paper. This is the highest colour print cost of any single-function laser/LED printer we’ve tested.


We criticised Dell for charging so much for its toner on the LED printers it released last year based on this engine, but it appears the costings came from Xerox. The colour cost of the Xerox toner is even higher than that from Dell and is disproportionate, even given the low asking price of the printer itself. Xerox’s own 6125, a very similarly priced machine, costs 4p less per colour page than this one.


It’s a great shame, as in other respects the Phaser 6000V/B is a lovely little entry-level colour page printer. It’s reasonably quick – though not up to Xerox’s figures – produces good quality print and is well supported on a variety of different platforms. With a sensible consumables policy, it would score much higher.