Available on Nintendo 3DS
Don’t feel too bad if you didn’t play Xenoblade Chronicles in its original Wii form – you’re certainly not alone. Released late in the console’s lifespan and in extremely limited quantities, it was the very definition of a niche product – a deep and near-impenetrable JRPG on a system whose main audience was arguably more attuned to less demanding, casual experiences. Taking this into account, Monolith Soft’s sprawling adventure is the perfect candidate for a revival, and therefore it shouldn’t come as too much of a surprise that Nintendo has chosen it as the New 3DS’ first exclusive release.

Set in a futuristic world where two gigantic, warring beings – Bionis and Mechonis – have died locked in mortal combat. From the lifeless bodies of these two monsters rise two very different civilisations; Bionis is home to an essentially peaceful human-like race – also known as “the good guys” – while Mechonis has spawned the war-like and malevolent Mechon, robotic monsters who are hell-bent on slaughtering the people of Bionis. Amid this conflict the legendary Monado sword appears, the only weapon which can turn the tide in favour of good. After a particularly action-packed playable opening sequence – which neatly introduces the battle system and serves as a gentle introduction to many of the game’s mechanics – the action leaps forward to focus on hero Shulk, a youngster who fits the typical JRPG template of being wide-eyed and innocent at the outset before becoming battle-hardened and resourceful as his quest progresses. He inherits the Monado, and with his group of dedicated followers aims to repel the advance of the insidious Mechon. 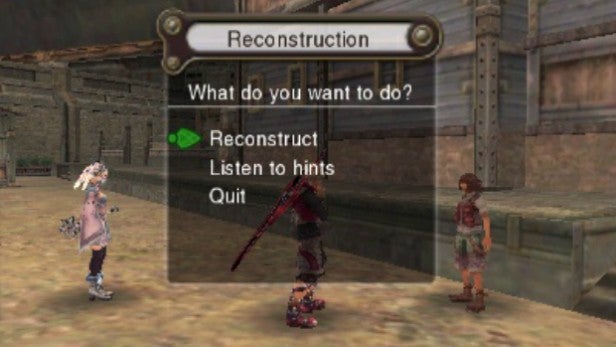 Xenoblade Chronicles 3D follows a lot of other RPG conventions, as well. You explore various regions, collect items, purchase improved gear and take down enemies in armed combat. However, while it shares vital strands of DNA with the likes of Square Enix’s Final Fantasy and Dragon Quest, there are subtle differences here. Environments remain essentially linear, but there’s a greater degree of freedom to explore and discover secrets, should you choose to stray from the beaten path. This is expanded further by a surfeit of optional side-quests served up by various NPCs you encounter throughout the game; again, these aren’t compulsory and can be ignored if you’re keen to see the conclusion as quickly as possible, but taking part yields obvious rewards – such as precious experience points, special items and currency to spend on refined gear, all of which improve your chances later in the game.

JRPGs often succeed or fail on the quality of their battle system, and Xenoblade Chronicles 3D is thankfully blessed with one which possesses more than its fair share of surprises and innovations. Taking its cue from the likes of Sega’s cult title Panzer Dragoon Saga, battles don’t force you to trade blows from a fixed position, but instead allow you to move around your target in order to position your character in the ideal place to land that critical blow. It’s still turned-based; attacks have a cool-down period and dodging incoming blows is something which is decided by your character’s statistics rather than your skill with the Circle Pad, but it’s refreshingly dynamic – even more so when you add in the additional layers of complexity offered by the the game’s special “Arts” moves. 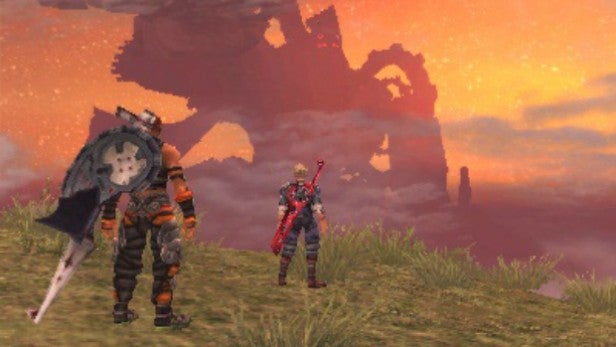 These range from attacks to status-changing spells and even healing abilities, and are triggered by selecting special icons with the control pad, when the opportunity arises. It’s here that the game’s freedom of movement within battle really comes into its own, as some Arts are more effective when you’re in a certain position. If you like your RPGs to be slow and methodical, then you might find the demands Xenoblade Chronicles 3D places on your reactions to be a little overzealous; in our opinion, this is a refreshing change of pace when compared to other examples of the genre, and we appreciate the fact that our fingers are being taxed just as much as our tactical thinking.

If you do choose to explore every corner of the world and take on every NPC quest, then you can expect to be rewarded with many, many hours of gameplay. A conservative estimate is around 100 hours – it’s possible to see the end credits sooner if you wish to ignore all the non-essential aspects, but Xenoblade Chronicles 3D is so engaging and appealing that the temptation to discover everything is considerable. If you like your RPG adventures to be lengthy, then you’ll not be disappointed with this. 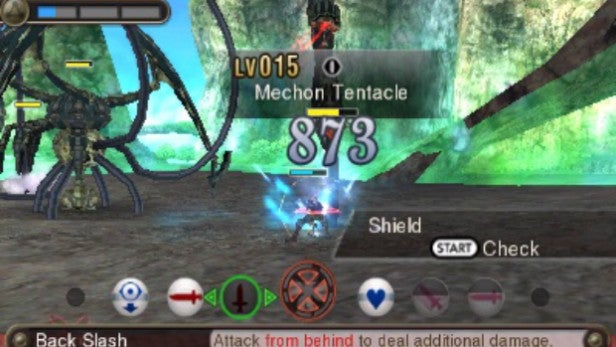 As we previously mentioned, this game is totally exclusive to the New Nintendo 3DS – it won’t run on older 3DS consoles. The enhanced hardware is put to good use, offering some of the most impressive visuals you’re likely to see on a handheld. The system’s auto-stereoscopic 3D screen really does bring the massive game world to life, blessing it with additional depth that even the Wii version can’t offer. However, it’s impossible to escape the fact that the move to the smaller screen has resulted in noticeable drop in overall aesthetic quality. Xenoblade Chronicles on the Wii was a thoroughly handsome game – despite the age of its host hardware – and while this handheld version does an admirable job of replicating the spectacle and splendour of the game’s massive environments, much of the visual impact has been lost. It’s still an impressive technical achievement and one which should undoubtedly be applauded, but there’s simply no comparison between this and the original game. 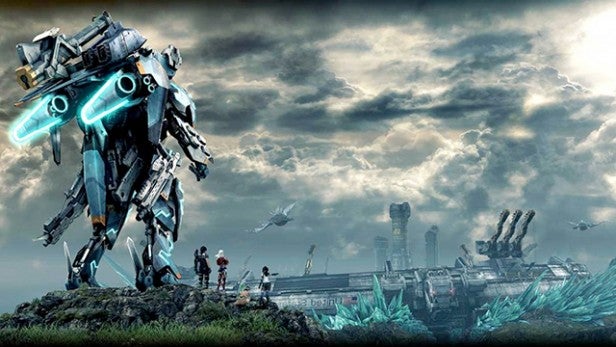 However, the console’s dual-screen set-up does offer some tangible benefits over the Wii version. Much of the UI which cluttered the already busy battle scenes has been shifted onto the lower screen of the New 3DS, which makes combat a little easier to follow – especially when you’re up against multiple enemies. Another enhancement is offered by the C-Stick, which allows you to move the camera around during exploration. The last feature unique to his version is the “Collection” menu which allows you to view character models from any angle and listen to music tracks – a rather throwaway inclusion, it has to be said – and these are unlocked by earning StreetPass hits and using Play Coins. They can also be obtained by tapping the Shulk amiibo on the New 3DS console once a day – an underwhelming use of Nintendo’s “toys-to-life” concept, but a neat extra all the same.

Verdict
If you’ve already played and enjoyed Xenoblade Chronicles on the Wii then you may be wondering if it’s worth devoting another 100-odd hours to saving this world all over again on the New 3DS. The honest answer is probably a negative one; there’s nowhere near enough exclusive content to warrant revisiting the game, and as such the Wii edition arguably remains the definitive one – its also more visually arresting, despite the additional processing power offered by the New 3DS. However, for those of you that haven’t played the home console original – and that will be a lot of people – then this makes much more sense.

The Wii version is expensive and hard to come by, and although Xenoblade Chronicles 3D is graphically less impressive, the fact that it is portable is a massive boon – especially when you take the intimidating amount of playtime on offer here. Being able to carry the adventure around in your pocket means more opportunities to slay the Mechon menace throughout your average day, and that’s definitely a positive thing. While it doesn’t represent the ultimate version of Monolith Soft’s epic tale, the fact that it makes it available to a wider audience is something that should be commended.