Xbox SmartGlass is a whole strategy by Microsoft to integrate Windows 8 PCs as well as a variety of mobile devices more tightly with the Xbox 360. Basically, Microsoft’s idea is that PCs, laptops, phones and tablets will be able to act as second screens for the console. It sounds pretty snazzy in theory, but now that the SmartGlass app has arrived for phones is it actually any good?

Xbox SmartGlass is available as a free download for Windows Phone and
Android (4.0 and above required) devices. Microsoft will also add an iOS
version in the coming months. The Windows Phone and Android apps look
pretty much identical and work in exactly the same way.  To start using
the app all you have to do is log-in using your Windows Live ID, which
you should have if you’ve got an Xbox Live account. 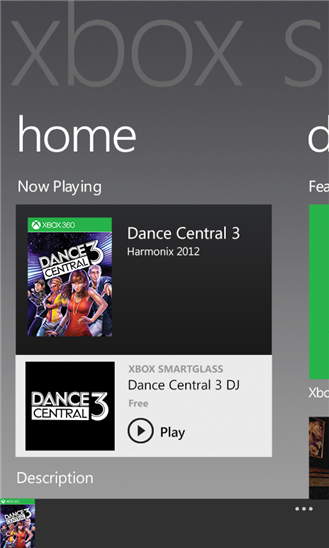 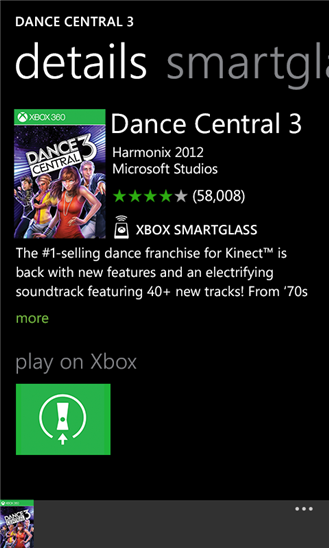 Once you’re logged in you’ll find the app is divided up into five screens that you can swipe between. It opens at the home screen. This shows what’s now playing on your Xbox (it could be the dashboard, a movie or game) and below this is the SmartGlass remote and a short list of recently used apps or games. When you launch a game or app, the now playing area populates with some more information about the content you’re using. For example, with Halo Reach it shows game art and has a small blurb section on where to download the manual.

If you launch the SmartGlass remote, on the other hand, the whole screen turns into a touchpad controller for your console, allowing you to swipe back and forth through menus. 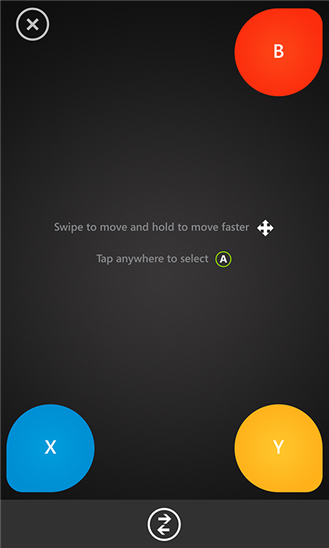 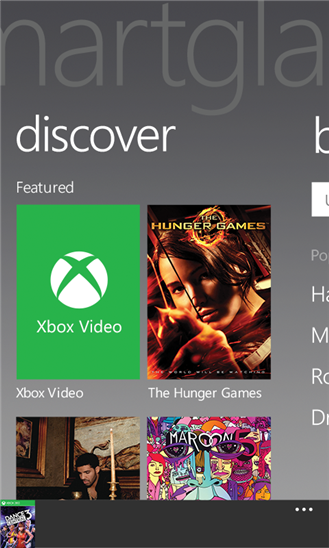 The controller also works with the new Internet Explore browser. Touching the screen with a single finger moves the cursor while using two fingers causes it to scroll the screen or zoom if you pinch in or out. It also opens up a keyboard on your phone’s screen when you tap on a text box. This makes it much easier to enter text than using the normal Xbox controller.

From the homescreen, if you swipe right you’ll find yourself on the Bing Search tab. This doesn’t offer web search, but instead allows you search for movies, TV shows, apps, albums and games that are either stored on your Xbox or available to buy through services such as Netflix, Blinkbox and Xbox Videos. When you find a movie or TV show you can usually tap on the SmartGlass icon next to it to have your console start playing it straight away. It’s a great idea, but the problem is that the search is a bit patchy. It worked well for Xbox Video and Netflix, but didn’t seem to work with BBC iPlayer and only some 4oD content showed up in its search, which is quite a big failing.

Scrolling left form the homescreen takes you to Social Tab where you’ll see your Xbox Live Avatar, Xbox Live points, as well as buttons for checking on your friends, messages, and recent activities. You can also edit your avatar from here and update your profile

Scrolling left again brings you to the Recent tab where you’ll see a long vertically scrolling list of all the apps and games you’ve recently used, while swipe left again takes you to discovery tab, which offers recommendations on new Xbox Live content you should check out.

All in all, the Xbox SmartGlass app is useful, especially for the remote control element. However, the search, which should be a killer feature, still needs some more work to be truly useful.

Xbox SmartGlass Verdict
It’s early days for Xbox SmartGlass, but it does provide a neat way to control and interact with your Xbox 360 from your smartphone. However, the search feature needs more work before it becomes truly useful and some of the other features still feel a little bit clunky.