The next generation Xbox may be some way off still but we’re getting ever closer, and the details of what we can expect from it are starting to come together. Last week an extensive document detailing Microsoft’s plans for the new console was leaked. We’ve obtained the document and given it a thorough peruse and can confirm it contains a host of convincing details. So, here we present to you everything we’ve learned so far both from that document and from other sources. If all the rumours are to be believed it certainly sounds like it could be an exciting system. Read on to get the low down on the Xbox 720. 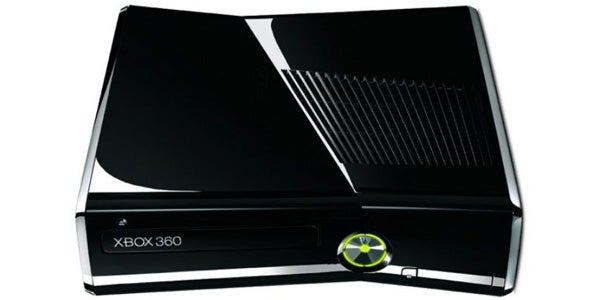 What will the Xbox 720 be called? It’s looking ever more certain that the new Xbox will indeed be called the Xbox 720, with the latest leaked documents using the name throughout. Whether this turns out to be an internal codename and the final product ends up being called the Xbox HD or Xbox 1080 is anybody’s guess but we’re sticking with Xbox 720 for now. Another internal codename that’s been suggested is the Durango – a lovely part of the world, but probably not the final name for the device.

Xbox 720 Release Date:
Most likely in the early part of 2013 but beyond that it’s still very
much up in the air. With Microsoft forgoing the opportunity to firm up
any details at this year’s E3 gaming expo, and with it randomly
announcing its Microsoft Surface tablet and Windows Phone 8, it seems likely that the Xbox 720 announcement will be out of the blue rather than at a established trade show.

Xbox 720 Specs:
The most recent leaked document details a fair amount of the expected specs of
the Xbox 720, most of which tie-in with previous rumours we’ve heard.
Here are the list of specs from that document:

That’s quite a comprehensive list but being as it’s based on a document that’s about two years old now, some of the details are a bit iffy. But, the key features that look likely are a Blu-ray drive, the inclusion of a Kinect V2 (i.e. it won’t be sold separately), and performance that is 4-6x better than the Xbox 360.

Other sources have suggested the graphics will be suppled by AMD.

The Xbox 720 will have Blu-ray, 1080p 3D and DVR: Our friend that leaked document suggests the Xbox 720 will be a complete home entertainment system with not just Blu-ray support but Full HD 1080p 3D playback and even TV recording and playback controls, as well as a host of online and cloud based multimedia services. We’re a bit skeptical of the TV stuff but the rest sounds very likely.

Xbox 720 Price:
Of course it’s complete speculation how much the Xbox 720 will finally cost
but again according to this leaked document the system price the company is aiming for is $250, which should roughly translate to £250. Again, this sounds pretty much on the money for what we would expect.

Microsoft SmartGlass: We’re expecting the Xbox 720 to support SmartGlass, the recently announced ‘second screen’ system. SmartGlass lets you throw your media from your Microsoft Surface tablet or Windows Phone 8 devices to your TV, or in this case games console. If can also be used to show extra program information on your phone, like which actors are currently on screen, while watching a movie on your tablet of Xbox 720.