World War Z is a lot of fun, but it's all sizzle and no substance. There's very little here, and what it does have isn't good enough to earn it a strong recommendation.

Saber Interactive has made a game that hits all of the right notes, but instead of the concerto of action and terror that underpins a good game of Left 4 Dead, the orchestra here has the sheet music upside down, and the timing is off.

It’s a solid clone, though. You start with some poor weapons and then build up your arsenal as you progress through the level while desperately clutching a medkit that could heal a teammate, or yourself, when the going gets tough.

Layered on top of this is a progression system that allows players to advance in both classes and weapons. Play as a medic, for example, and you’ll get better and better at healing those around you, while the Gunslinger has mastery over a series of different weapons. Meanwhile, the Slasher receives a series of upgrades that improves the effectiveness of melee attacks. 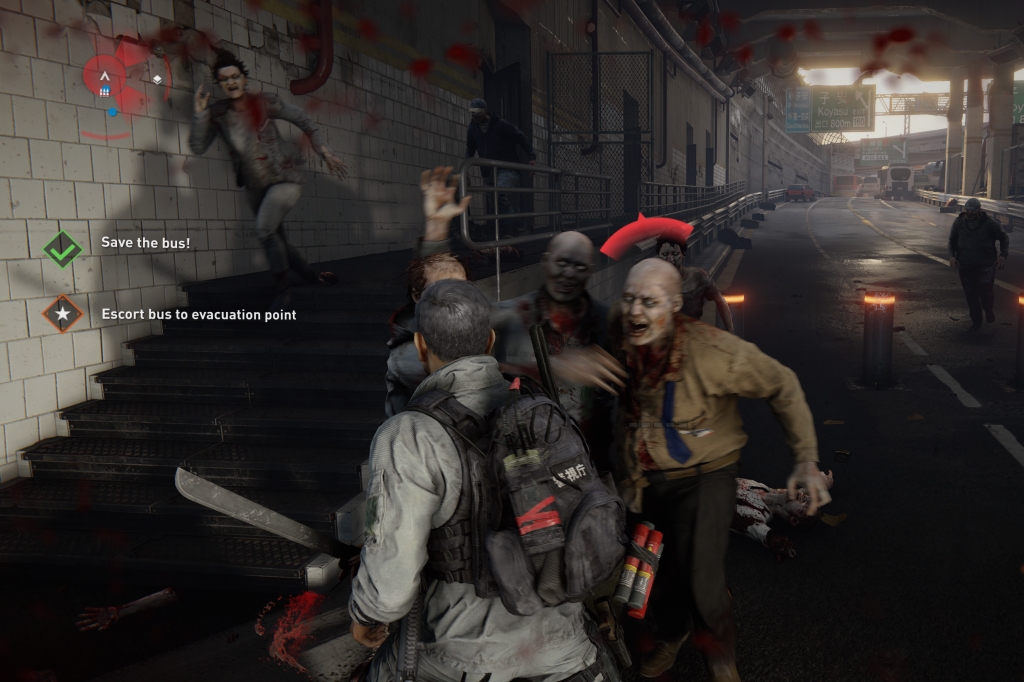 Every zombie you put down gives your equipped weapon a little XP, and over time your weapons unlock upgrades. This could be a scope, a solid magazine upgrade, or even a silencer for taking zombies out without drawing in a crowd. Each of these upgrades is reflected cosmetically, and over time you’ll be able to customise the weapons you find with your play style.

While the focus here is on regular zombies – and there are thousands of them – the “special infected” offer unique abilities, from the Charger-esque Bull clad in armoured riot gear to Creepers, who pounce on survivors and start clawing away. However, these special infected are significantly weaker than you’d expect, often easy to put down with a single shot.

Sadly, one area the game isn’t copying its more established four-player co-op brethren is in the boss fights. There are no tank analogies here, and it’s something that’s sorely missed. For all of the work Saber Interactive has put into the game, World War Z is desperate for more finale moments; it’s too often a frenetic rush of zombies crashing into each other to earn the honour of being the first undead monster you splatter with gunfire. 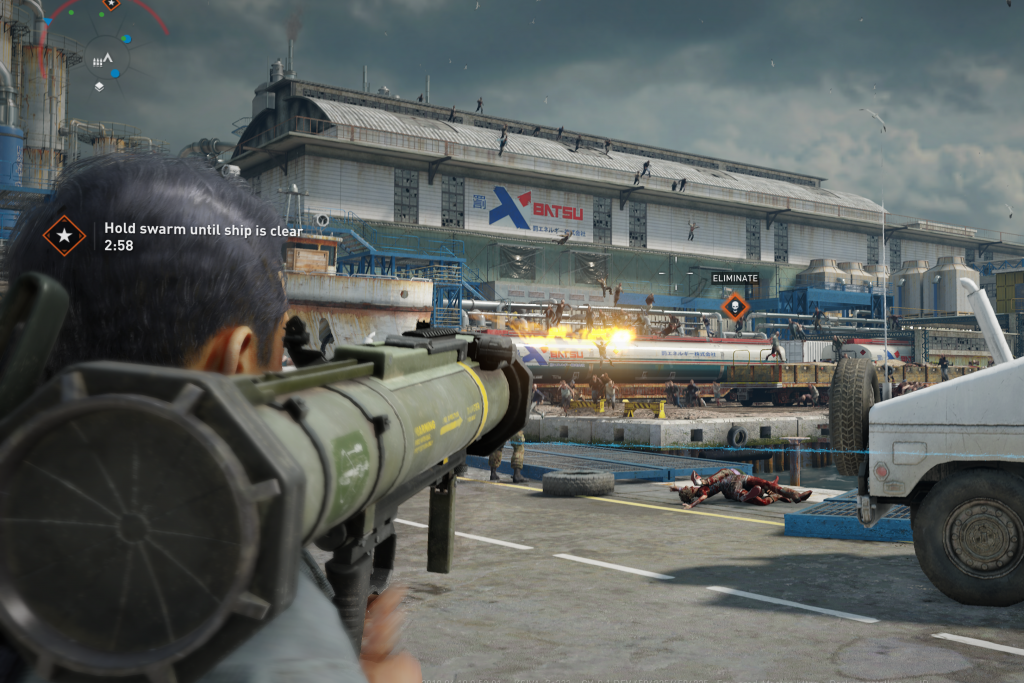 The only real crescendos come when the game drops you into a stand-up defence against a zombie horde. Here, the game gives you a few defensive tools: some turrets, barbed wire or even car batteries that can electrify grids. Then, you’re given a bit of time to prepare before the game hurls thousands of zombies at you.

On lower difficulties, the only real risk is running out of ammunition as zombies clog your field of fire. On later levels, you need to have some semblance or organisation – but it’s never really that difficult. Victory feels like a foregone conclusion.

This is probably for the best. One of the biggest pain points while moving through World War Z’s short campaign was the lack of in-mission checkpointing. Fail at any point here from the level start or the final hurdle, and you’ll be chucked out to the menu to try to stagger through it all again.

Eventually, these levels will become routine. There are four areas and each have their own characters and missions. Moscow, New York and Jerusalem each have three missions, while Toyko contains just two. That isn’t a wealth of content, and when your missions are full of deeply varied objectives such as “collect this box” and “move to this door”, most of the time you’re just going through the motions. 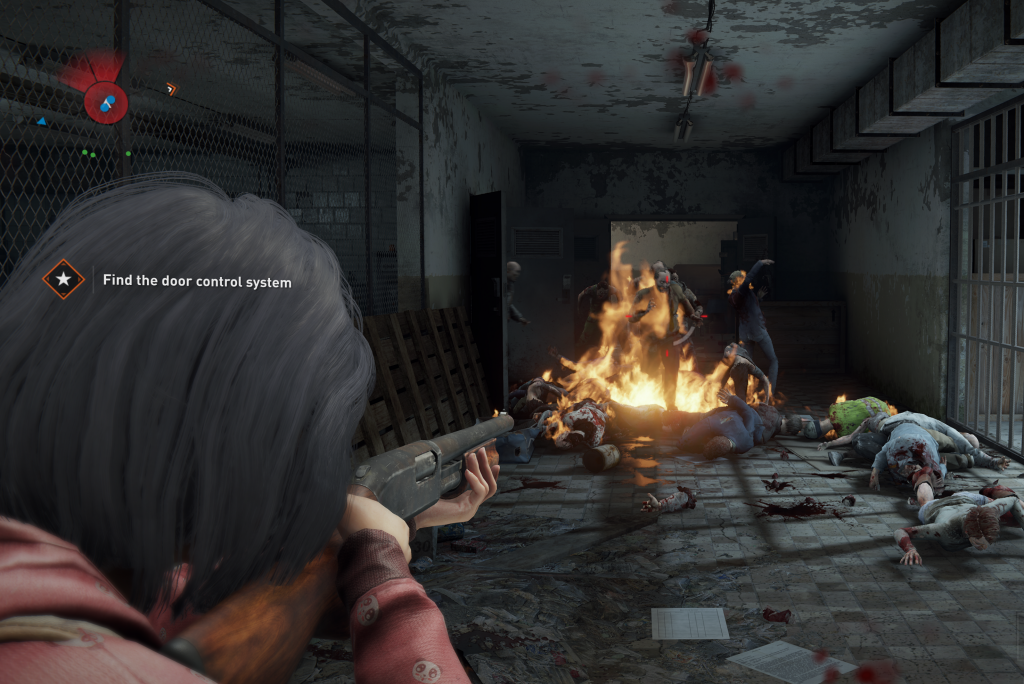 It feels like a lot of World War Z’s problems are budget related. The game is full of great ideas: there are plenty of AI humans helping you out over the course of the campaigns, and when they get felled by zombies, they’ll quickly clamber back to the their feet fighting for the other side, skittering towards you eager to grab a bite.

What the game wants is for players to dip in and out repeatedly, eagerly hoovering up experience points and cash to level up your gear and develop your play style. The problem is there’s no compelling reason to do that: one evening of solid play will see you complete the entire campaign – and what’s on offer here isn’t enough to encourage repeat business.

The game’s other potential angle of attack would be the World War Z movie to which the game is linked. However, the movie was released six years ago, and it was pants, with the planned sequel cancelled in February 2019.

So, instead, Saber has had to make do with pinching the film’s most memorable moment for a standout mechanic: zombies assaulting areas will climb up on top of each other to get over walls and fences, scaling each other like so much fleshy detritus. You can delay this by blowing the zombies at the bottom of the human pyramid to chunks, causing undead scrambling over them to be tossed onto their back like a 1920’s Buster Keaton slapstick. 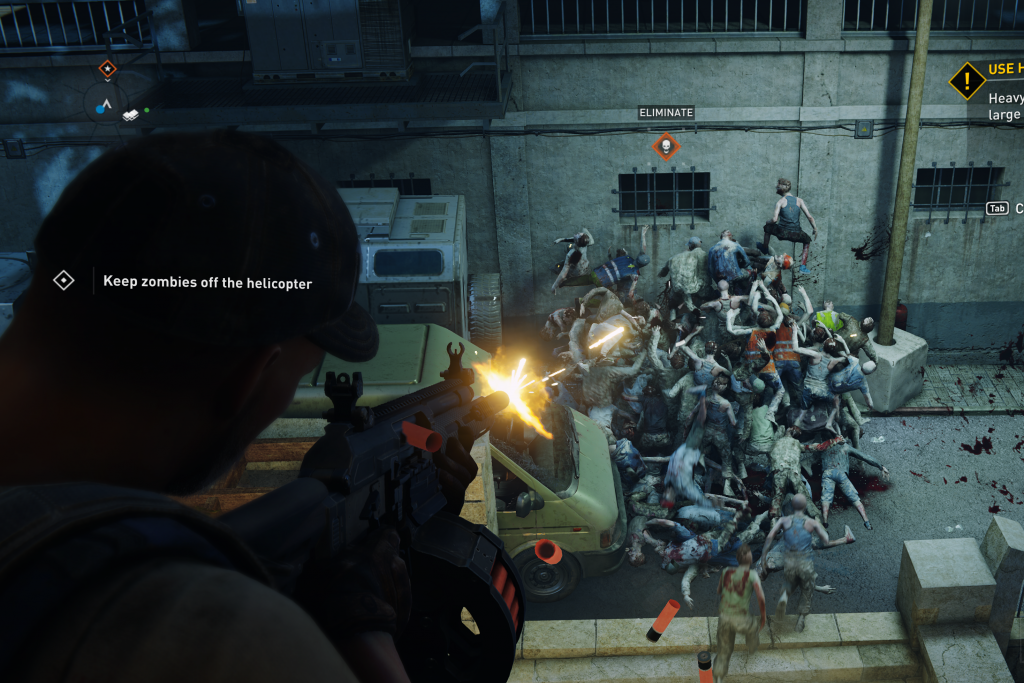 That World War Z exists at all is surprising. It’s an oddity, sneaking onto the release calendar and delivering solid thrills. World War Z’s biggest crime is a lack of ambition. It achieves what it sets out to do, but the content offered is vanilla, and if there were any chances to be taken, Saber clearly didn’t notice.

I’m hopeful that some careful DLC could take the core game – which is solid – and make it more worthwhile. But that’s a big ask, and what I’ve seen so far doesn’t inspire much confidence.

World War Z is nearly the Left 4 Dead sequel I’ve always wanted. The jump to third-person shooter doesn’t grate, nor does the wholesale lifting of elements from the much-better Left 4 Dead series.

However, the dull levels, grindy progression and constant nagging that this game could be better have left me craving the game that could have been, rather than what is on offer here.