I have numerous regrets about 2008, but one of the few I can actually do something about is that I never looked at World of Goo. I actually downloaded 2D Boy’s physics-based puzzle game when it was released for the PC on Steam, but with so many triple-A games arriving at around the same time – Dead Space, Fable 2, Fallout 3, Call of Duty: World at War and Resistance 2, to name but a few – I somehow never found the time to play it. Luckily, the European release of the Wii version through Nintendo’s Wii Ware download channel has given me the perfect chance to catch up. And if you missed out on World of Goo first time around, I’d do the same, because whether you play it on Wii or PC, it’s a wonderful game. 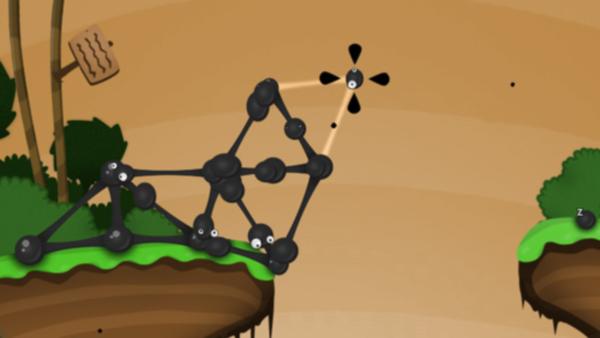 Up to a point, World of Goo is nothing that new or original. The basic gameplay – get a crowd of small critters from one point of a level to another, overcoming whatever obstacles and hazards lie in the way – has been around since Lemmings, and you can also see echoes of games like LocoRoco or The Incredible Machine in there.


What’s different here is the Goo itself. Or rather, themselves. These sentient blobs of gelatinous matter are both your little charges and your means of getting those charges to the exit. Your basic black Goo can be clicked and dragged into structures, forming towers, meshes, bridges or struts which you can use to navigate chasms, avoid dangerous mechanisms or simply move their brother Goo skywards. The only problem? Every Goo you incorporate into your structure is stuck within it, meaning that’s one less Goo to make your target when you finally get them to the pipe that functions as an exit. 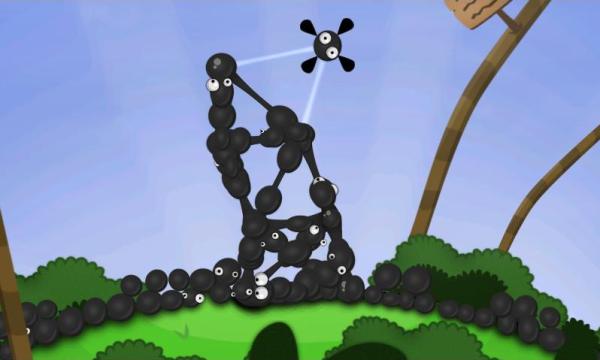 Your task early on, then, is to construct whatever you need to get your Goo to the pipe without using so many that you risk failure. In theory that sounds easy, but it isn’t. The Goo isn’t just sentient; it, like every other object in the game, is modelled using a realistic physics engine. Start building towers of Goo and they sway and wobble adding to the challenge.


As your unused Goo blobs surge upwards, their movements cause the tower to swing more violently. If you haven’t got your supports figured out, it might even sag, topple or collapse altogether. This means that, all the time you’re playing World of Goo, you’re not just building – you’re desperately trying to compensate for your own errors of balance or construction, not to mention the wriggling of the Goo. I haven’t played a puzzle game so fraught since I first clapped eyes on Lemmings.

You might already think World of Goo sounds challenging, but you haven’t heard the half of it yet. The basic black Goo blobs are only the beginning. Within the first hour the game throws balloon-like red Goo at you, not to mention a green variety that can be attached and reattached at will. Soon after that you’ll get a hideous grey ‘snot’ that can be strung out in tough vertical or horizontal lines. Of course, the game isn’t out to make things easier for you and your new-found friends. Instead, it finds more and more ingenious ways of making life tricky, with genuinely brilliant levels that tax your grey matter, your guts and your ability to think around a given situation.

Appropriately, World of Goo is the very opposite of a dry, logical puzzle game. If you can’t take risks, move quickly or use your imagination, then you’re not going to get very far at all. In this respect, it’s much like Lemmings or Portal, and just as in those classics it’s one thing to work out a solution to the level, and quite another to execute it without making a total mess of the whole thing. 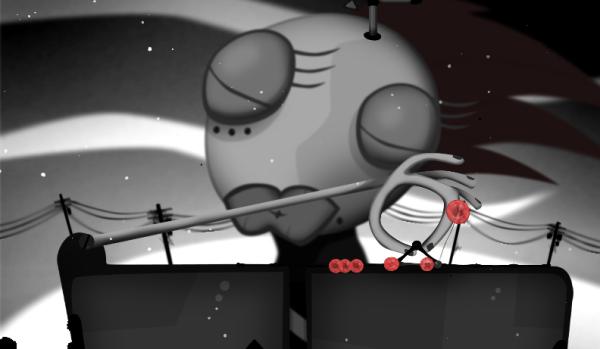 Trust me – there’s little more dispiriting than watching a hard put together Goo structure swing, stretch, snap and tumble before your eyes but, unlike some other puzzle games, World of Goo always keeps you coming back for more. For one thing, it’s never too difficult. Even early on you’ll meet some tricky levels, and the designs get ever more complex and more tricky as you progress, but there’s always that feeling that success is only just out of reach; if you could only have that flash of insight or keep that damn Goo from falling apart for one more second, you just know you could have this level licked.


What’s more, while there’s no mid-level saving, 2D Boy has incorporated a neat quick-rewind button, where blasting one of the small number of tiny fireflies you’ll find around the level snaps you back to the time before your last, disastrous action. You can’t afford to waste them, but they give a little leeway for error.

There’s also something else that keeps you hard at the Goo grindstone for hours at end, and that’s what we might call personality. In a world where we routinely excuse the graphics in small, indie games because the gameplay is so innovative or exciting, it’s a pleasure to report that World of Goo looks and feels polished enough to be a major commercial title. Its 2D worlds have a touch of Tim Burton, a tad of Dr Seuss and a smidgeon of LocoRoco, and somehow it’s all bound together in a weird and slightly macabre storyline that leaves you feeling that, for once, somebody has actually thought about this stuff. Even the Goo itself is lovable – to the point that sacrificing a clump for the good of the group can be a little bit heartbreaking at times.

It’s hard not to love a game that starts off weird, with giant frogs and monstrous digestion systems, then gets weirder and weirder with blinking beauty queens composed of Goo, vast human figures and increasingly madcap industrial machines. The music, too, is stupendous, with themes that add to the feeling of urgency or drama. I say it again; this is not just another dry puzzle game – it’s a game made with love and real imagination, and you can’t ask for much more than that.


So what does the Wii version bring to the PC original? Well, obviously control has moved from mouse to Wii remote, and while this can make it slightly trickier to click and drag Goo in a moment of impending disaster, 2D Boy has done a great job of implementing the point-and-click controls.What’s more, a second player can now join the game at any time. They can’t scroll the screen – which can be a bit frustrating for the player riding shotgun – but they can help or hinder your efforts by dragging and depositing the Goo. When it all goes right, it’s great to share the fun. When it all goes wrong, it’s either hilarious or hugely row-provoking, dependant upon with whom you’re playing and your moods. 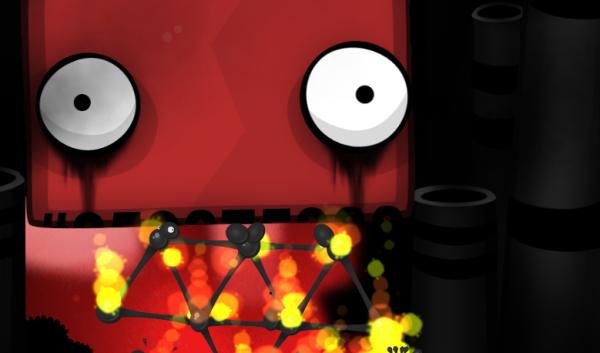 Luckily, most of the time, World of Goo is a recipe for happiness and joy. At 1500 Wii points it’s a steal, and much, much better value than 90% of full-priced Wii games I could mention. In fact, it’s easily the best Wii game I’ve played since LostWinds and EA’s hugely underrated Boom Blox. If you have a Wii buy it, and if you know anyone who has a Wii and moans about not having any decent games, then pester them to buy it. If you have a PC and you haven’t played it, buy it. At £16.99 it’s a bit pricey on Steam, but at $20 (a touch over £13) direct from 2D Boy it’s an absolute bargain.

An intelligent, innovative, ingenious and beautifully designed action/puzzle game. Whether you have a PC or a Wii, you need to get your hands on some Goo.