The Pulse is extremely simple and easy to use. Testing the Pulse against the Fitbit One the data for tracking steps and elevation remained consistent throughout. The heart rate monitor works well but did occasionally struggle to take a reading. It’s usually rectified by moving the Pulse further along your finger.

The Pulse offers useful data on sleep activity via the apps and on the device itself. It’s really useful to see the sleep percentage as soon as you wake up and get an immediate idea of whether you are getting enough sleep. It does lack the silent alarm that the Fitbit One and the Jawbone Up include, but it’s not a major issue that it’s not there.

Running the Run detection mode against the Nike iOS app, readings for timing and distance covered showed very minor differences. That could be affected down by one of the devices being worn on the arm and the other in the pocket which can affect the performance of the accelerometer.

Overall, tracking is accurate and provides a useful amount of data to analyse later. It is worth noting that the screen is extremely difficult to see in sunlight and lacks the brightness of the OLED display on the Fitbit One. 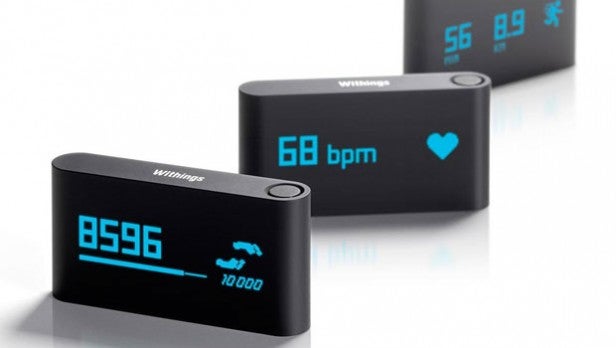 The Pulse has a two week battery life which in theory beats the Fuelband and Fitbit’s one week claim. We only had to charge the Pulse once when we first took it out of the box and haven’t had to grab the charging cable more than a week later.

That’s another great thing about the Pulse, the micro USB charging. With the Fitbit especially you really need to keep an eye on the charging dock/cable. With the Pulse though, you can use the cable from your smartphone to power it up again.

There’s also a Power Save mode giving you an extra 24 hours of life when you’ve forgotten to charge. We didn’t have to dip into it, but it’s nice to know that there is that backup option. 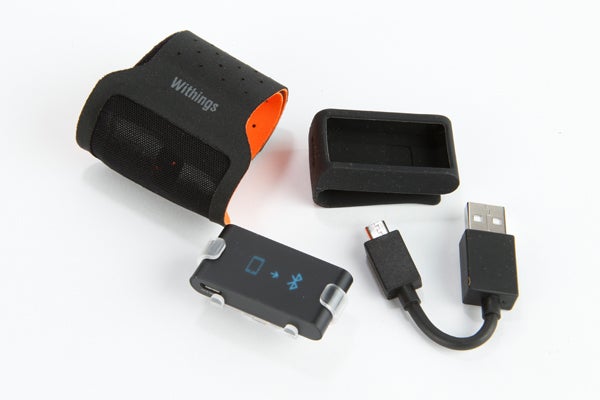 Should I buy the Withings Pulse?

The Withings Pulse at £89.95 is more expensive than the Fitbit One (£79.95) but cheaper than the Jawbone UP (£99.99) and the Nike Fuelband (£129). For the price though, it’s smaller than other tracking monitors and offers more features. The web and smartphone and apps provide useful data as well.

The decision also comes down to whether you prefer to a wristband device or one that clamps onto the waistband of your jeans. The problem we found is that when you change those jeans, it’s easy to leave the Pulse behind.

The Withings Pulse packs a lot into such a small body. It’s so easy to use, has a great battery life and has the unique features that make it the best fitness tracking device to buy right now. Your move Fitbit and Jawbone…

Next, read our round-up of the best headphones for running