What is the Wilko Stand Mixer Copper Effect 4.5L?

Stand mixers have been taking the effort out of baking for years but for the most part, are still a pricey wishlist buy. One of a raft of more affordable machines, the Wilko Stand Mixer Copper Effect 4.5L goes further than the average budget model, combining a deep bowl with copper-effect good looks and improved functionality. So you’ll find a bowl that’s entirely stainless steel (rather than plastic-bottomed), a protector that slots onto each tool to prevent the mixing outlet getting clogged and a splashguard with a wide chute. It doesn’t skimp on capacity either, allowing you to mix up to 2.5kg of cake batter, whip 16 egg whites and make 1kg of bread dough. It’s also available in matte black.

Budget mixers have traditionally been boring and boxy so it’s cheering to see a design that boasts subtle curves and chrome detailing alongside its copper-effect colourway. Moreover, everything is clearly marked, from an arrow on the base showing which direction locks the bowl in place, to the head release lever. Its six speeds and pulse function are controlled by a chunky dial while the splashback slides on top once the head is down. Also, unlike some budget mixers, there appears to be no max run time. 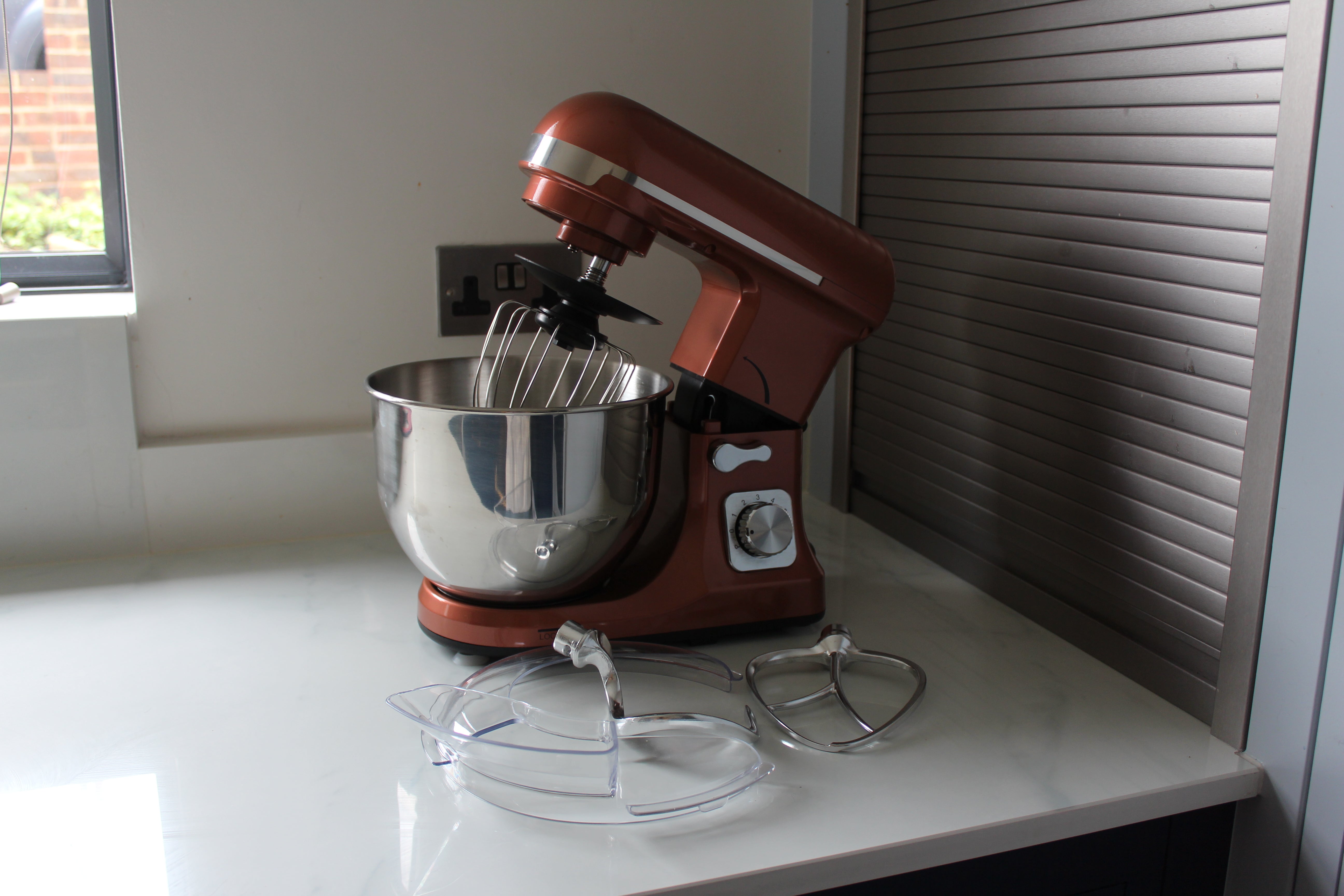 Six sucker feet ensure that the mixer stays planted firmly on the worktop during mixing and it is relatively light, which is great news if you need to move it around. There are three tools included in the box: a beater, dough hook and whisk. The latter of these has a plastic base while the others are entirely cast from metal, so it’s possible there might be some wear over time if you whip a lot. A dust protector fits all three and each twists into place easily. 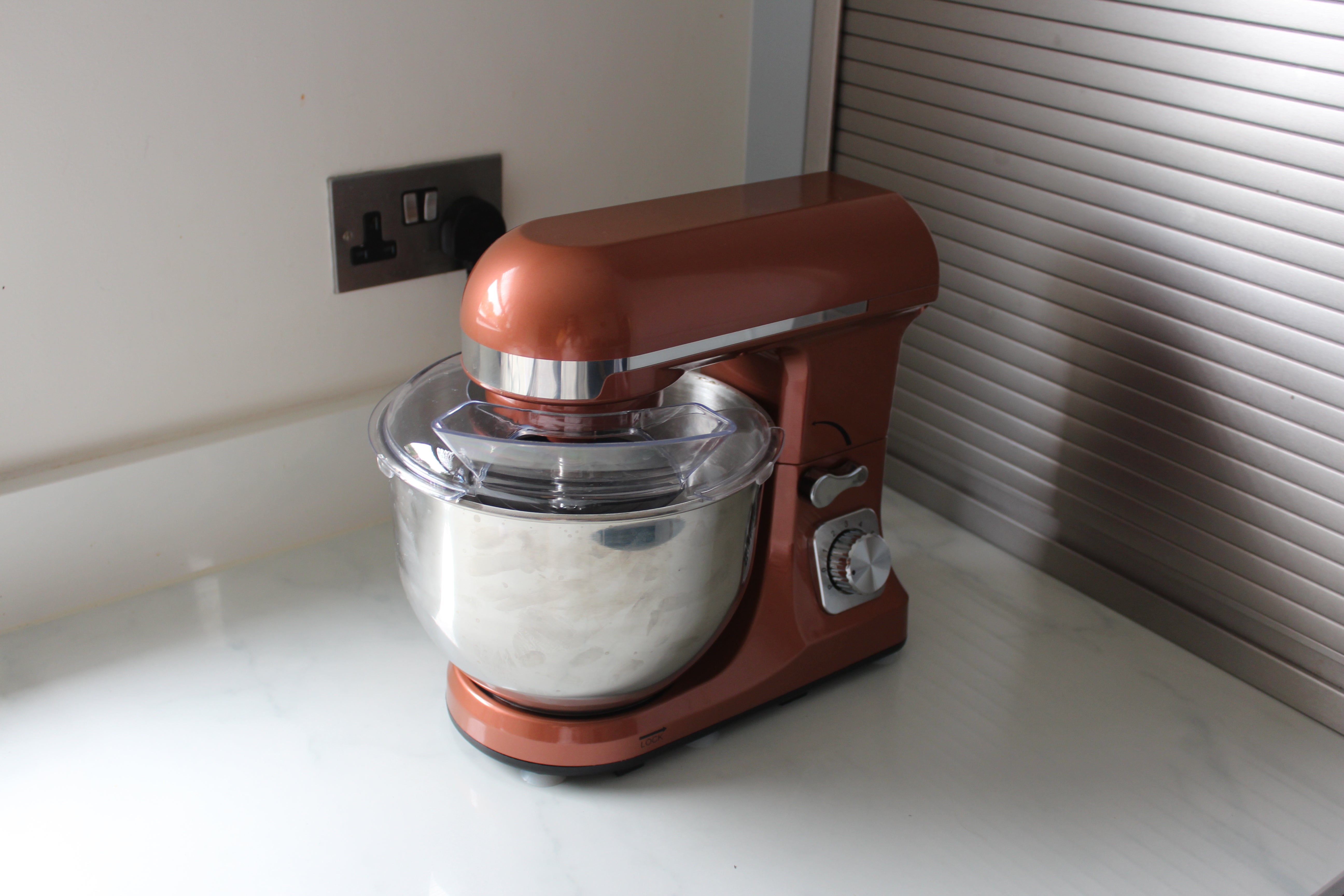 Wilko Stand Mixer Copper Effect 4.5L – What’s it like to use?

While the instructions are relatively clear, there’s not a huge amount of guidance for mixing speeds and no recipes to get you started. I began by making a basic sponge cake batter, creaming together sugar and butter using the beater on speeds 1-3. This took a few minutes, as at the low speeds, it was slow to get going. 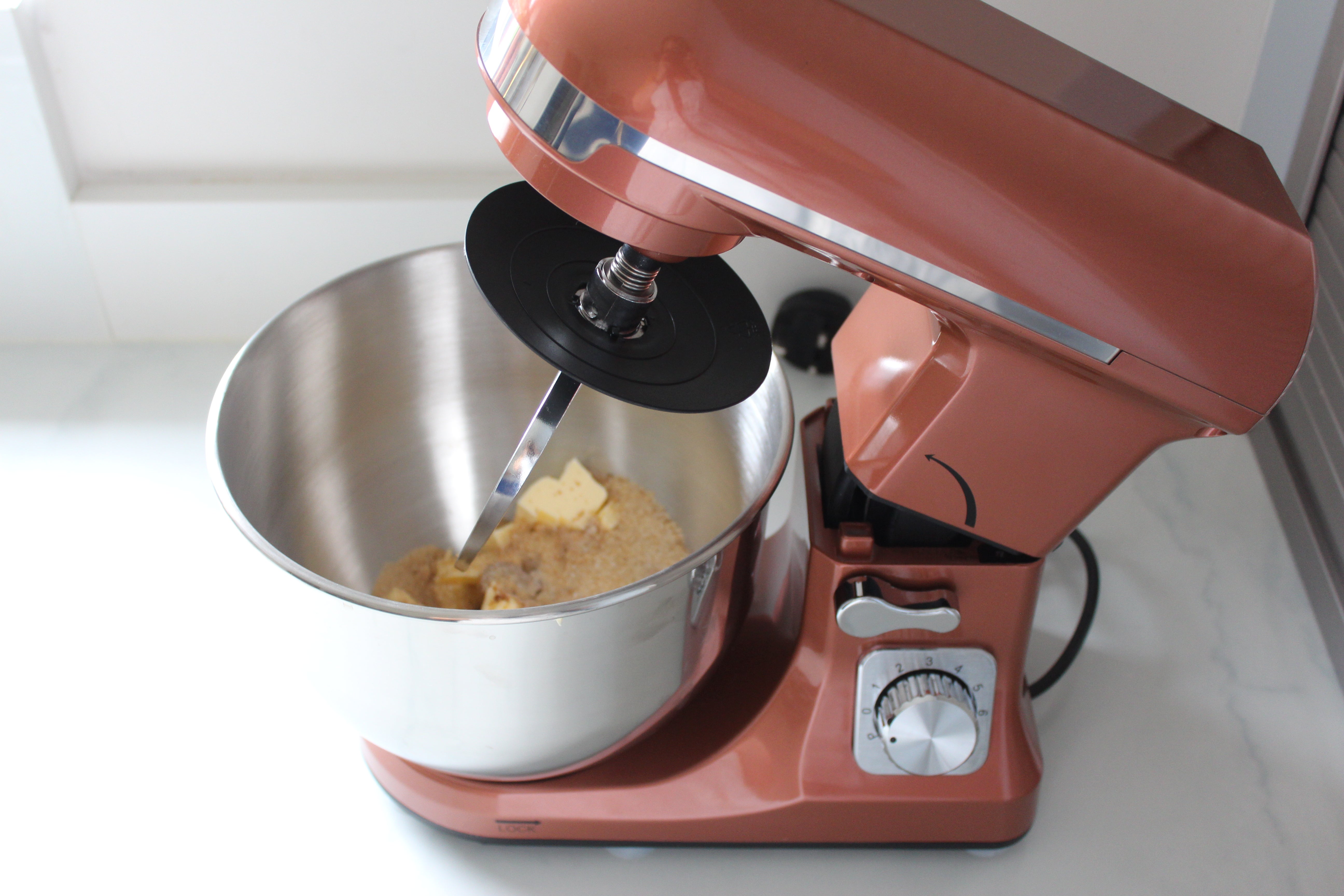 Another issue was the amount of whiny noise that the mixer produced, even on speed 1, making talking over it difficult. Another problem was that every time I needed to scrape the bowl, I had to remove the splash guard as it only sits on top of the bowl, rather than clipping to the mixer head. Scraping was also made tricky by the high sides of the bowl. While the design increases the capacity without being too wide, I struggled to insert a spatula between the mixer head and the bowl sides. However, where the mixer excelled was by the beater reaching the bottom of the bowl properly – this ensured there was no uncreamed butter or sugar lurking beneath the rest of the mixture. The narrow sides became an issue again when adding the flour – the chute on the splashback is wider than many but can still get a bit messy with finely powdered ingredients. I found removing the bowl was the best way to add the flour. 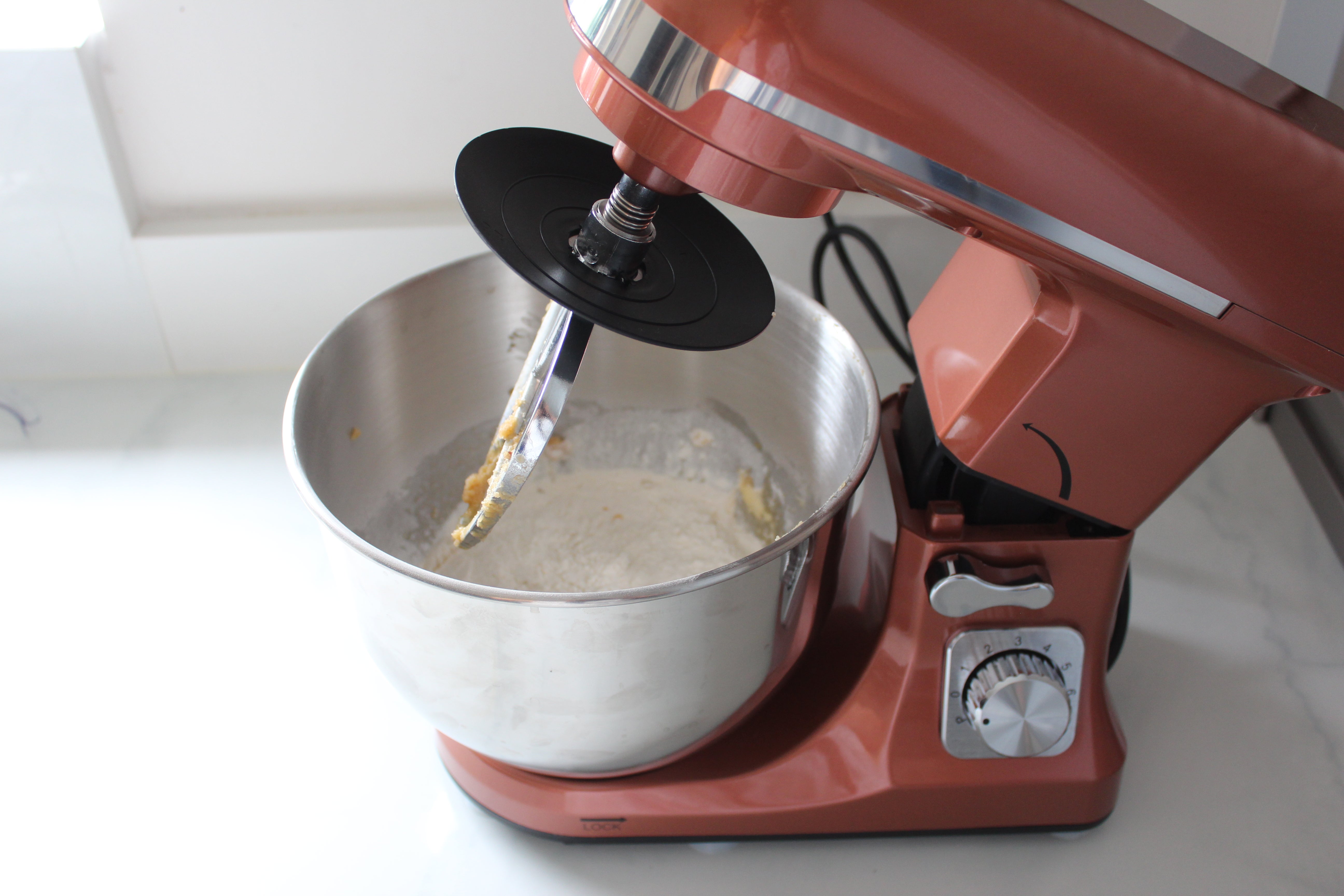 I mixed this and eggs using speed 1, moving up to 5 to incorporate some air into the batter. It was incredibly noisy at this speed and could be heard outside the kitchen. I also found the control knob was slightly loose, meaning that moving between speeds would sometimes cause it to cut out if it wasn’t exactly on the number. At the end of mixing, the batter was smooth and consistent. The sponge halves rose well and both had a golden, springy surface. 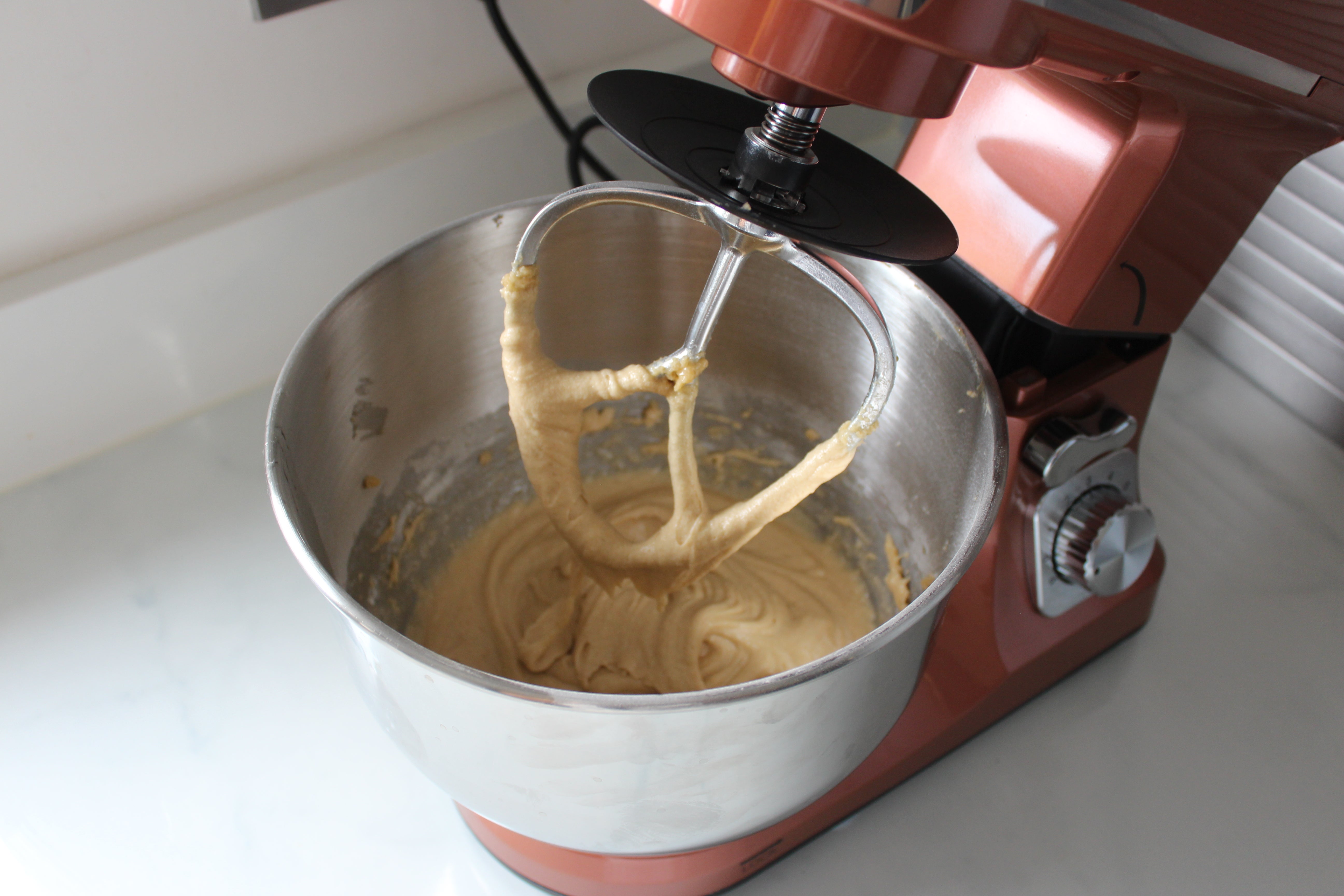 Next, I made bread dough using the hook tool, following the mixer’s guidelines of 10 seconds on speeds 1 and 2 before moving to 3 for three minutes. The dough came together well but rather than being kneaded around the bowl, tended to wrap around the hook even when freed and restarted. I felt it required some manual kneading before resting. The baked bread rose sufficiently but I felt it could have been improved with a prolonged knead. Finally, I tested the mixer’s ability to beat four egg whites. It was a struggle to fit the dust protector onto the whisk tool, though, and I had to force it into place. 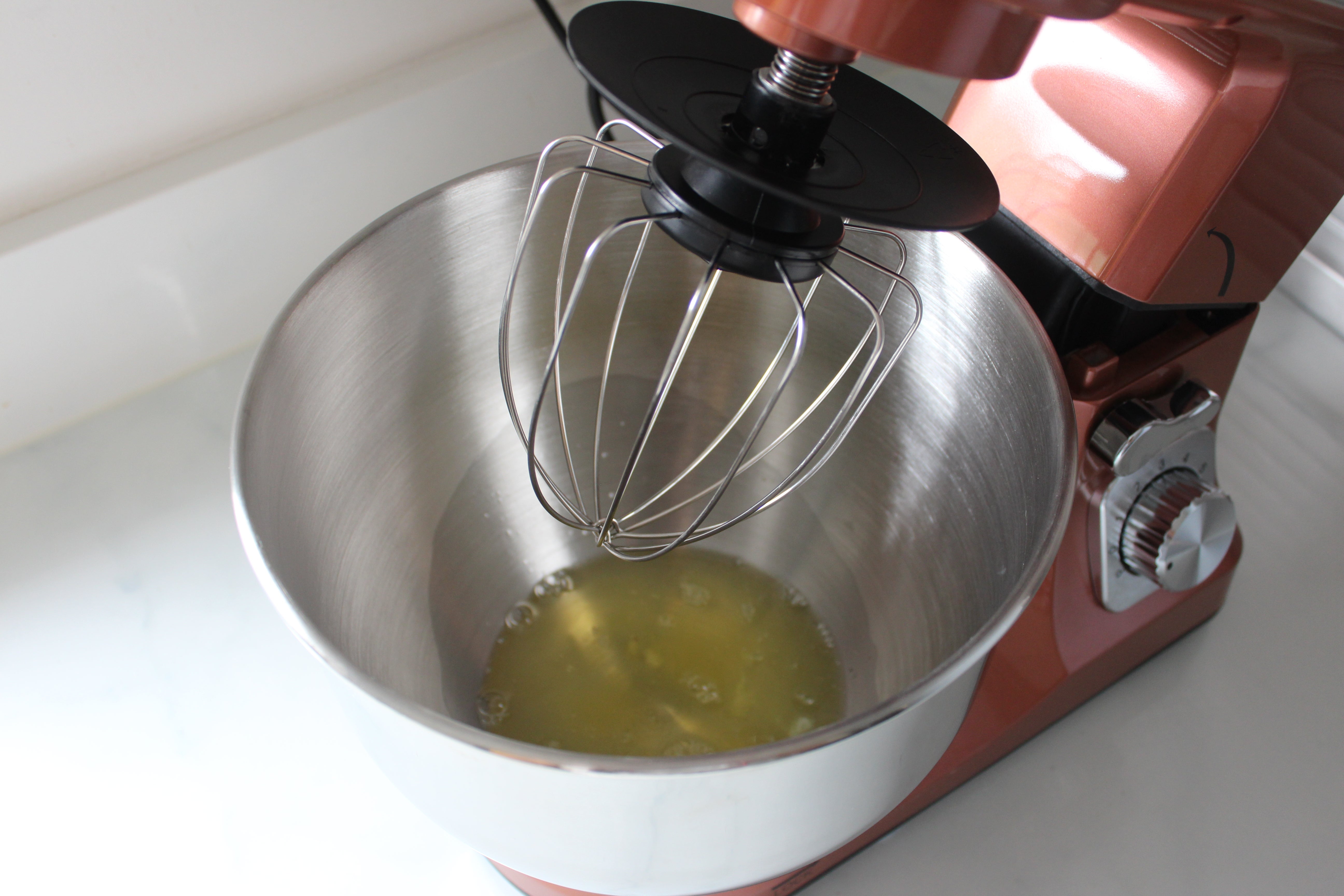 I started whisking on speed 4 before raising it to 6. At top speed it was unbearably noisy, but it did stay impressively stable on the worktop. After five minutes, the egg whites still looked sloppy but when the bowl was inverted, they held firm and remained fluffy when blended for meringue. 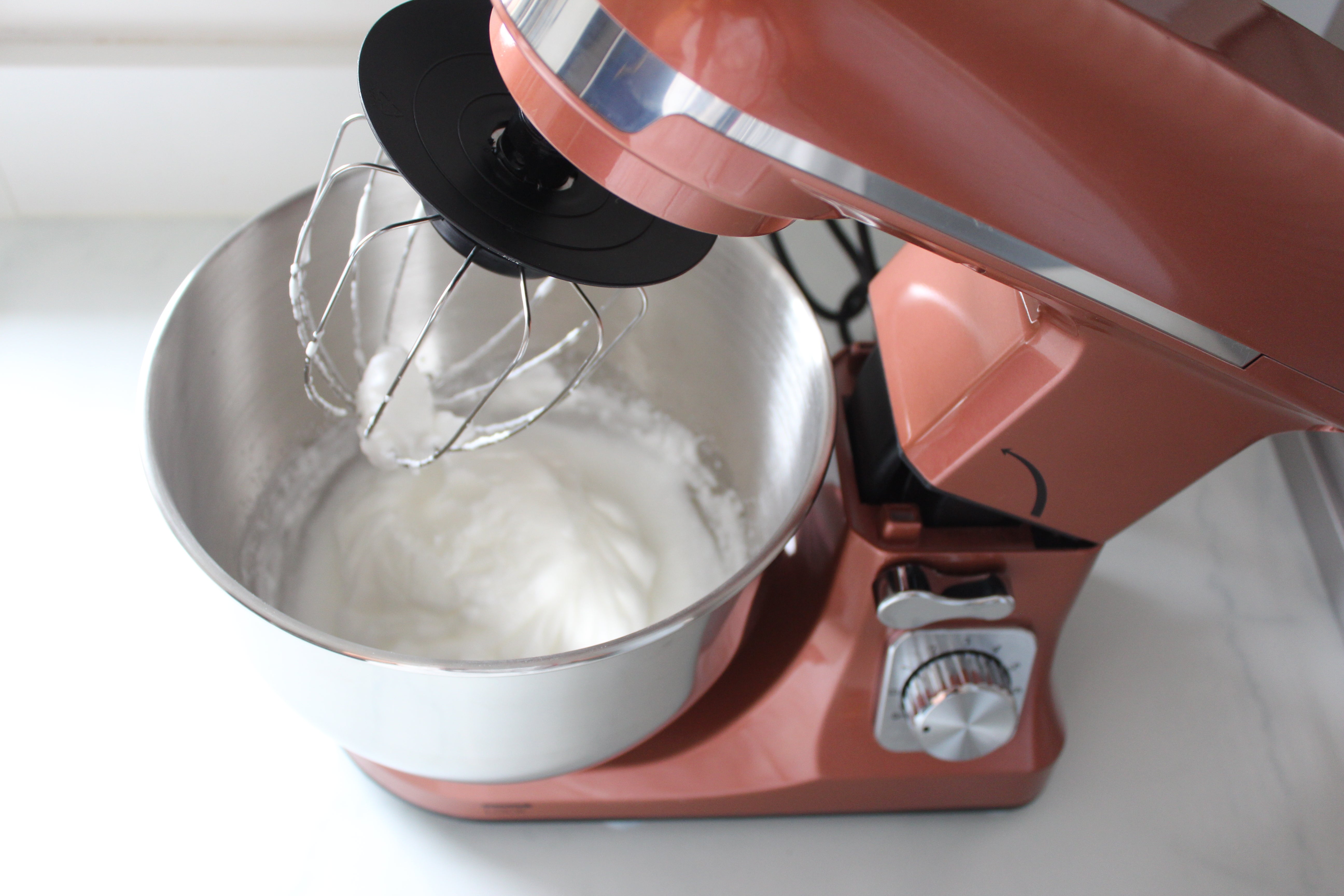 None of the tools or the bowl are dishwasher-safe, which meant they had to be cleaned by hand. While this was simple, with no crevices for food to hide, it felt like clean-up could have been much more convenient.

Look beyond its noise nuisance and lack of power at low speeds and you’ll find a stand mixer that will get the job done when cranked up, while still being affordable and attractive. It lacks the smooth operation and finesse of more expensive machines but has a lot of pluses that make it a smart choice for wannabe bakers – excellent bowl capacity, mixing right to the bottom of the bowl and easy operation. For occasional bakers, you’ll struggle to find anything as good value as the Wilko Stand Mixer Copper Effect 4.5L.

Pop on some ear defenders and get ready to bake with the best of them.