I was never a big fan of the OS, since it generally felt buggy, and delayed how quickly devices running it could be upgraded to newer versions of Android. In the past, I’ve cut Wileyfox some slack for using it, as Cyanogen has a fairly significant fan base in the modding community.

This time, however, I can’t do that. In December last year, Cyanogen closed shop and announced it would be cutting software support for the OS – meaning users will no longer get official performance fixes or security patches.

A Wileyfox spokesman at the 2 X’s London launch told me the company has a team internally offering support for the OS, and promised all of the company’s phones, including older models, will be upgraded to Android Nougat at an unspecified point in Q1 this year. But until that update happens, the use of Cyanogen is a big black mark against the Swift 2 X. 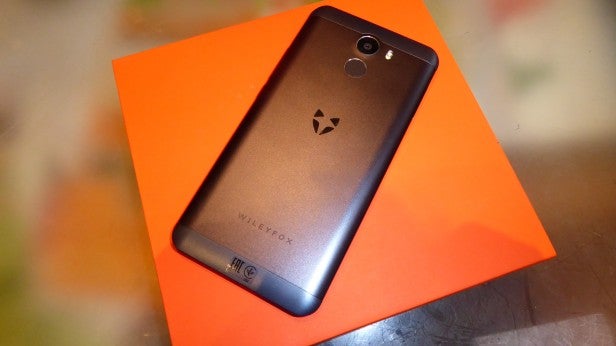 The Swift 2 X uses the same Qualcomm Snapdragon 430 CPU as the basic Swift. This, paired with an Adreno 505 GPU and 3GB of RAM, means that the Swift 2 X isn’t a powerhouse device. The Snapdragon 430 in the basic Swift 2, which features a less demanding 720p screen, sometimes feels a little slow, so the fact that Wileyfox hasn’t put a faster component in the 2 X is disappointing.

With real world use I didn’t notice an serious performance issues, however. Navigating menus was generally a smooth, judder-free experience, and apps usually opened within milliseconds. On occasion the handset did stall when multiple applications were open at once, but that’s to be expected on an affordable handset.

Gaming performance is noticeably better than that offered by super-cheap phones, such as the Moto E and HTC Desire 530. 3D games such as Riptide GP2 play without too many frame rate drops, although load times take noticeably longer than even moderately more expensive phones running the Snapdragon 625 CPU. 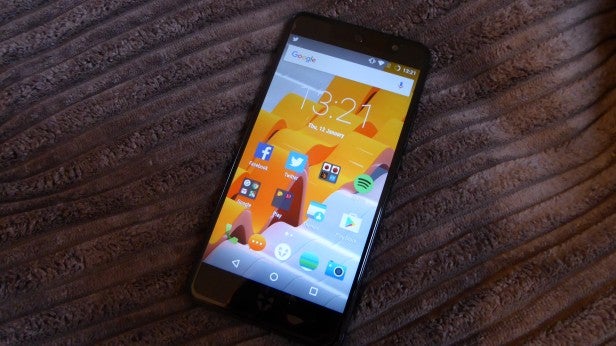 The Swift 2 X performed better than expected during TrustedReviews’ synthetic benchmarks. On AnTuTu, which offers a general gauge of a phone’s performance, the Swift 2 X scored 46,937 – which is reasonable by budget phone standards. By comparison, the ZTE Axon Mini scored 36,951 and the Honor 5X 29,347 in the same test.

On the gaming-focused 3DMark Ice Storm Unlimited test, the Wileyfox scored 9,547. Again, this isn’t bad for a £219 phone. The 616-powered Honor 5X achieved 7,622. The increase is likely down to the use of an Adreno 505 GPU, which is actually more powerful than the one used in the Snapdragon 617.

The phone’s microphones and speakers are powerful enough for taking and making calls. Even walking around a busy London street I was able to hear the person on the other end of the line. The mic does struggle a little when you try and use the Swift 2 X as a speaker phone in areas where there’s background noise, but that’s a common issue on pretty much all phones.