What is the Wileyfox Swift 2?

The Wileyfox Swift 2 is an affordable Android phone. It’s the sort of device you might consider buying from the likes of Amazon, after deciding you’ve had enough of signing up for expensive contracts to get you hands on the latest in-fashion phone.

Prices for the Swift 2 start at £159 for the standard version; the Swift 2 Plus will cost you an extra £30. The Plus has a higher-resolution 16-megapixel camera and 32GB storage instead of 16GB.

The Wileyfox Swift 2 doesn’t set any new standards for already hyper-aggressive budget phones, but it’s a decent choice if you’re desperate for a handset that’s made of metal instead of plastic. 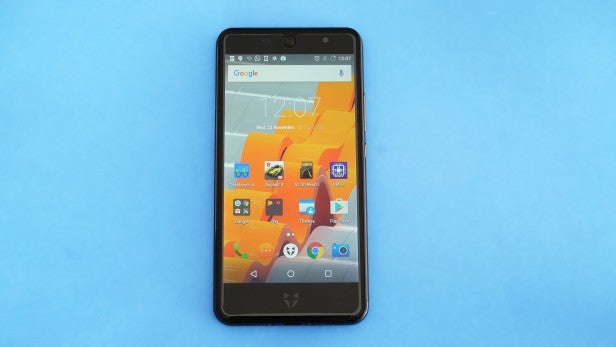 The original Wileyfox Swift is a plastic phone, one that tries to stand out with an almost furry textured finish. This new model is quite different, stepping up a league or two in the classiness stakes.

Its back is aluminium, curving around to meet the screen surround. Some cheap metal phones just use a flat metal plate and plastic sides, so this rear is much more like one that you’d see on a decent mid-range model.

It’s not all-metal, though. The top and bottom parts of the rear are plastic. This is common practice, since it stops Wileyfox from needing to go through the expensive process of cutting into the aluminium to make the various sockets and grilles. You’ll see that Huawei and Honor take the same approach. 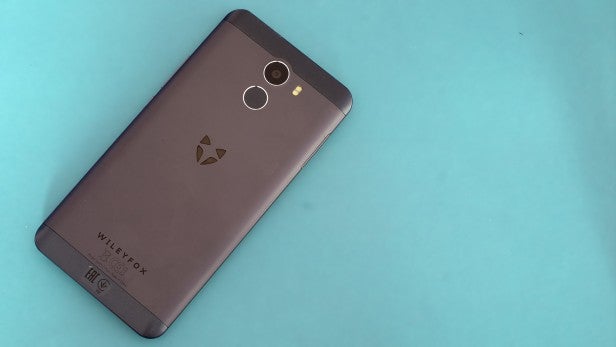 I’m fairly impressed by the look of the Wileyfox Swift 2’s rear, however. The way the aluminium plate circles up around the camera lens, and the bevelling around the fingerprint scanner and camera lens are really quite lovely for a phone at this price.

Side-by-side with the plastic Motorola Moto G, the Swift 2 seems much less prosaic. It’s comfy to hold, too.

It isn’t a flat-out design smash, though. The Wileyfox Swift 2’s side buttons are a little spongy, and front-on its screen surrounds are slightly thicker than we’re used to these days. It’s a looker from the back; just okay from the front. 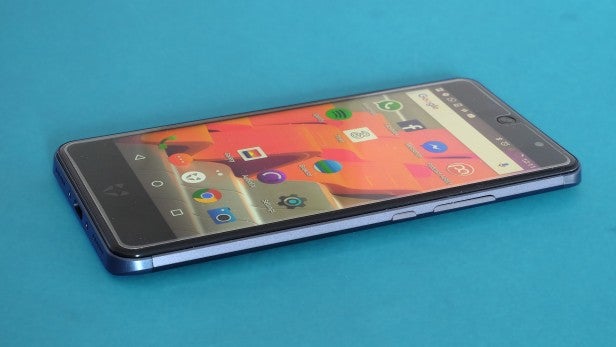 The Swift 2 comes with a factory-applied screen protector. However, it doesn’t actually stick to the screen properly around the edges, giving it a weird-looking border. This may be because there’s a very slight 2.5D curvature to the sides of the screen (even though the protector doesn’t appear to reach the curve). You can always take it off, but it’s a shame.

Beneath the protector, the Wileyfox Swift 2’s display is covered with Gorilla Glass 3 – a very good, if slightly dated, toughened glass. We’re on to Gorilla Glass 5 now, making this two generations behind. But at this price, it seem silly to complain.

Storage will vary according to the version of the phone you opt for: 16GB with the standard Swift 2; 32GB in the Plus. I’m using the Plus version, whose storage is actually pretty quick, reading at 214MB/sec and writing at 77MB/sec.

As you can add a microSD card to either model, you don’t need to obsess to much over this storage difference. 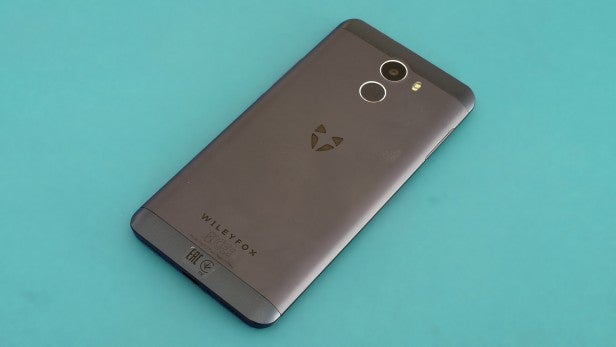 Both versions of the phone also feature a fingerprint scanner on the rear of the device. Similar to the one on the Huawei Mate 9 and other Huawei/Honor phones, it doesn’t need to be depressed; simply place your finger on there and it will do the rest.

It isn’t as fast as the scanner on a £600 phone, but it does get you from “sleep” to the homescreen in less than a second.

My only issue with it, however, is that since the Wileyfox Swift 2 is a fairly petite phone thanks to its 5-inch screen, the scanner can be a little niggly to use. Such scanners work best on large phones, as your index finger tends to naturally rest right below the scanner. Here, it tends to find its way to the left, making you shuffle your hand over to reach it.

It’s pretty low on the league table of first-world problems, though. 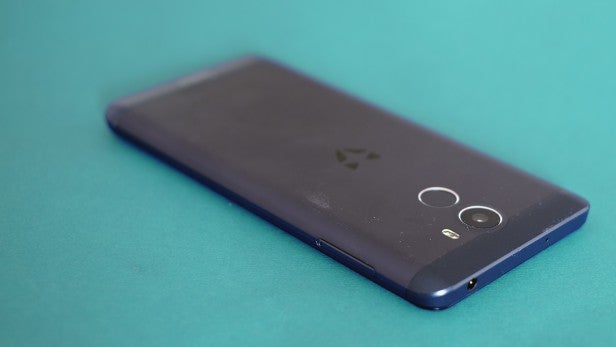 The Wileyfox Swift 2 has a 5-inch screen. Most of the basics of its screen tech are great. It’s a fully-laminated IPS screen, meaning the image appears to be right on the top of the display, and there isn’t much in the way of brightness drop-off when you look at the screen from an angle.

Switching from a 5.5-inch phone, I did find that typing accuracy was pretty awful to begin; if you use swipe-style typing, you’ll have no problems. This is where you draw a line between characters, rather than tapping on each letter separately. 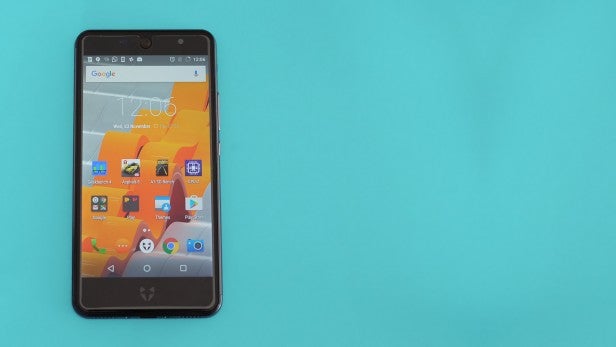 Colour is less saturated than most top-end phones, but these days most expensive phones are  oversaturated anyway. The colour tone here is pleasant, with a slightly warm temperature that’s easy on the eye.

The one niggling issue I’m finding difficult to reconcile is the resolution: 1,280 x 720 pixels. At the same price, the Motorola Moto G4 and Honor 5X offer 1080p screens, which appear quite a lot sharper.

This screen looks good, but the fonts below icons appear slightly pixellated, matching the third-generation Moto G rather than the current one. I could live with this kind of sharpness, but this limited resolution ensures the 1080p 5.5-inch Moto G4 is a much better gaming and Netflix phone.