Instead of running a stock version of Android, the Storm gets its software smarts from Cyanogen 12.1. This heavily modified skin is built upon 5.1.1 Lollipop – no Marshmallow love here, although that’s hardly a surprise – and it certainly boasts many more customisable options than vanilla Android, but many of the visual changes do more harm than good.

Cyanogen’s big play for customisation centres around its theming engine, which includes more than 100 different ways to spruce up the device. Sadly, the majority are boring and ugly. However, with the Theme Chooser you can combine elements from various themes to produce something that’s more to your taste. 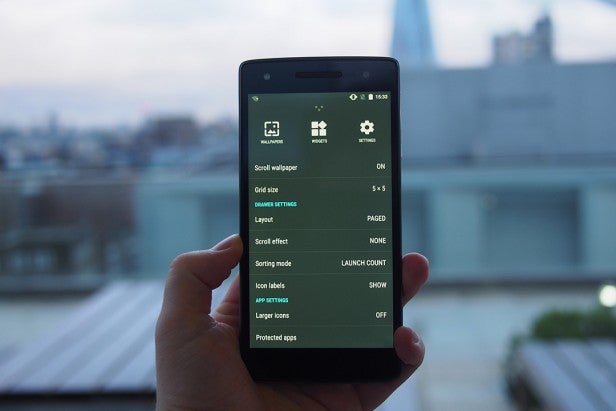 On the surface, Cyanogen looks like stock Android. The lockscreen is familiar, as is the persistent Google Search bar stuck to each homescreen. I like that you can now change how many icons are displayed on each page, and there are few varieties of app drawer.

The changes are welcome, although I’m concerned that due to the number of alterations, I might be waiting a while to get a taste of Android 6.0 Marshmallow.

Aside from visual changes, Cyanogen’s real killer features are its slew of privacy controls. I’m a particular fan of the PIN Scrambler, which randomises the layout of the numbers on your lockscreen so that would-be thieves can’t guess your code by the fingerprints left on your screen. 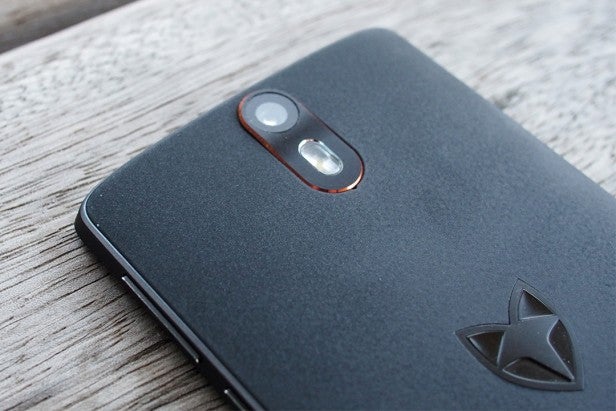 The Protected Apps setting is impressive too. It allows you to pop a password on a folder to add an extra layer of security. This is particularly useful for those with kids, who may hand over their phone to keep them occupied, but don’t want them to have access to their apps and emails accounts.

Although the suite of privacy features isn’t as extensive as that included with the BlackBerry Priv, I appreciate the additions and have found myself using them on a daily basis.

Sadly, I seem to have encountered too many performance issues with the Cyanogen software.

There’s a slight, yet clearly noticeable, delay when opening a folder or pulling up the app drawer. Trying to open apps results in a similar, yet even longer, stutter. I’m sure these issues must be down to software optimisation, since the 1.5GHz Snapdragon 615 processor tucked inside is easily powerful enough to tackle everyday tasks with ease. It’s the same chip adopted by Motorola in the Moto X Play, which is a much stronger performer.

Joining that processor is a very healthy 3GB of RAM – although again, it doesn’t seem to offer a massive improvement over devices that include only 2GB. Multitasking is fine, and while less-intensive games run without issues, frame-rate drops and stutters are common in more graphically demanding titles such as Hitman: Sniper and Asphalt 8. 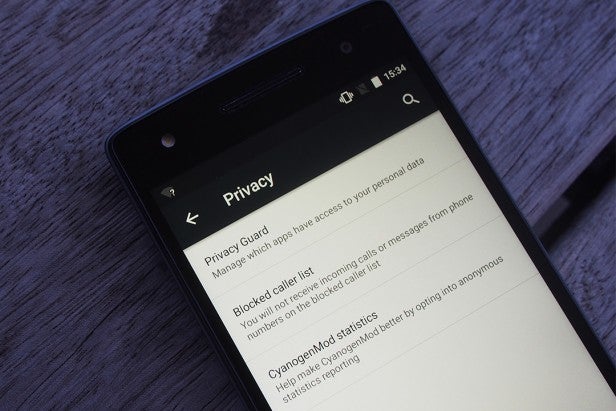 In our usual benchmarking tests, the Wileyfox Storm easily matched the competition. In AnTuTu, a score of 23,980 put it just below the slightly pricier Moto X Play and cheaper Moto G (2015), but a multi-core Geekbench score of 2,228 beat off both those Motorola phones. It still fell short of the OnePlus X (2,542), however.

The inclusion of 32GB of internal storage is surprising at this price; I’m far more used to seeing 16GB (or even 8GB). In addition, a microSD slot allows this to be expanded by a further 128GB.

The lack of support for 5GHz is a shame, especially for those with jammed up 2.4GHz home networks. However, 4G is present, plus that microSD slot can double as a second SIM slot. Another nice touch.

2015 has been a great year for phones, but it hasn’t really seen battery tech improve to the same level as screens and processors. Just as in 2014, we’re still having to judge smartphones on whether they last the whole day, rather than two.

In day-to-day use – which consists of lots of emailing, picture taking, bouts of light gaming and some YouTube streaming – the Wileyfox Storm can just about make it from an alarm call at 8am to bedtime at midnight. It was usually down to about 5% at the point I was ready to plug it into the charger at the end of the day, but not quite dead. 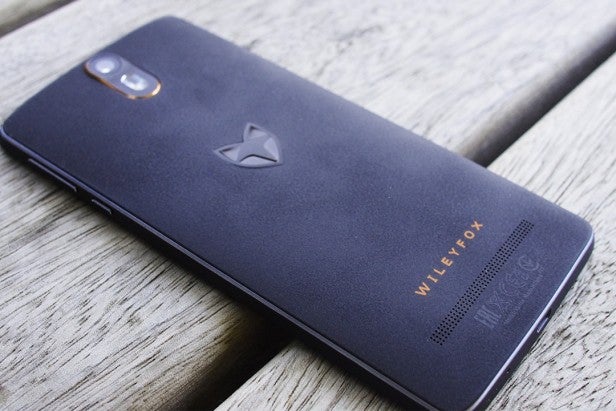 An hour streaming Narcos on Netflix eats through about 10%, while a 30-minute Monument Valley gaming session taking the battery down 13%.

Situated just below the Wileyfox branding on the back, the rear-facing speaker is tinny, quiet and can distort quickly. There’s a decent AudioFX app featuring a few EQ settings and preset profiles, but it’s much better when used with some decent headphones.

Call quality on the Storm is on-par with most other phones. There weren’t any complaints from those on the other end of the line, and voices came through crisp and clear.

Should you buy the Wileyfox Storm?

For a company that didn’t exist before 2015, Wileyfox has done a superb job of pushing out two strong handsets this year. Both the Swift and Storm offer great value for money, but the budget smartphone market is now far tougher to crack than it once was.

I don’t really like the design of the Storm – it’s dull and boring, and lacks a sleek finish. In addition, while Cyanogen has some good customisation and privacy options, it’s slow, with a dodgy camera. I’m also disappointed by the fact that I’m unlikely to see Marshmallow hit anytime soon.

For £199, however, the Storm is good value. It has a sharp display that’s ample for watching movies, produces good pictures and lasts a day without a charge. This handset isn’t going to set your heart aflutter, but it’s a decent phone that will leave you with plenty of spare change in your wallet.

A good value, yet hardly exciting, smartphone. The Storm packs the specs, but it doesn’t always feel like it’s using them to full advantage.