What is the Wileyfox Spark?

The Wileyfox Spark is a very low-cost phone, designed for the sort of buyer who’s willing to shop around online, rather than just heading to the high street and picking the cheapest Samsung device off the shelf.

Costing £89.99, the 4G Wileyfox Spark is only available SIM-free, and it runs on CyanogenMod software rather than standard Android.

Unlike budget handsets from the bigger brands, which have no glaring omissions – the Motorola Moto G4, for example – there are a few compromises here. However, the Wileyfox Spark does offer value comparable with a network-branded Vodafone device, for example, without the ties or contracts.

Make no mistake, though: you’ll require some patience, since performance-wise the Spark is left wanting. 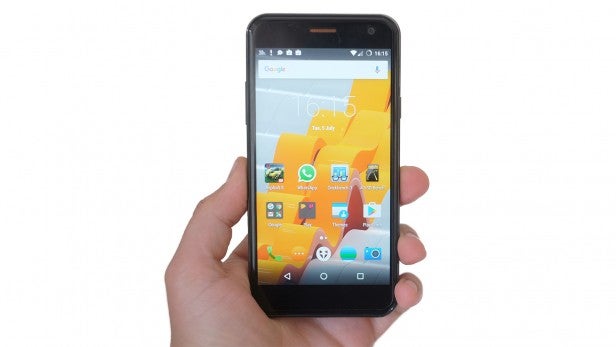 The Wileyfox Spark shares many design traits with other Wileyfox handsets – all of which have been affordable, but not quite as cheap as this device. The outer shell of the phone is mostly plastic, but an unusual textured rear sets it apart from the usual plastic battery covers.

In the past, I’ve compared the finish to the feel of soft cartridge paper, or a softer version of the Sandstone finish on the rear of the OnePlus 2. It doesn’t give the Wileyfox Spark an expensive feel, but is a cheap way to avoid it feeling like one of those bargain-basement £40 phones. 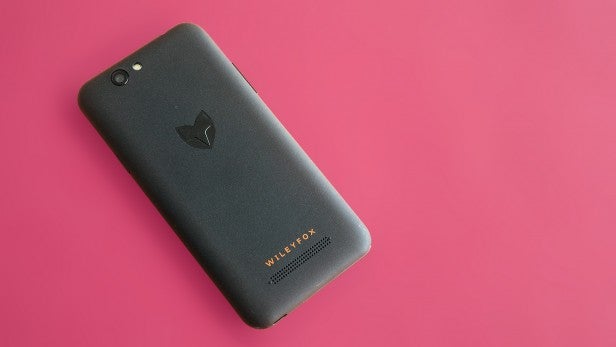 Like other Wileyfox devices, the Spark also features an embossed fox head logo on the back. In my opinion, the Spark looks fairly good for its price. Front-on, the look is simple and the curves pleasant; from the back, it balances out a plain design with the characteristic Wileyfox flourishes.

The Spark also comes with a screen protector applied, but since it doesn’t extend to the border of the display glass, you may want to take it off.

As a bottom-rung phone, the Wileyfox Spark doesn’t include many extra features. There’s no NFC or fingerprint scanner; it features Dragontrail display glass rather than Gorilla Glass; and there’s only 8GB of storage. Of this 8GB, only 2.2GB is actually available, so those with even a remote interest in playing games or using the phone to play music or video will need to invest in a microSD card. 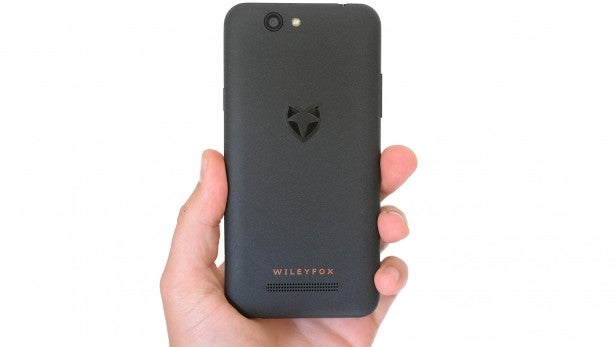 The memory card slot sits beneath the battery cover and, as is the case with other Wileyfox devices, there are two SIM slots instead of the usual one. They’re of the micro-SIM variety, however, rather than the nano-SIM slots you’ll find in more expensive phones.

Wileyfox appears, from a distance at least, to share design values with OnePlus and the Motorola Moto G. You appear to be getting solid specs for the cash.

The Spark features a 5-inch 720p resolution screen, a similar display to that used in the second- and third-generation Motorola Moto G phones. 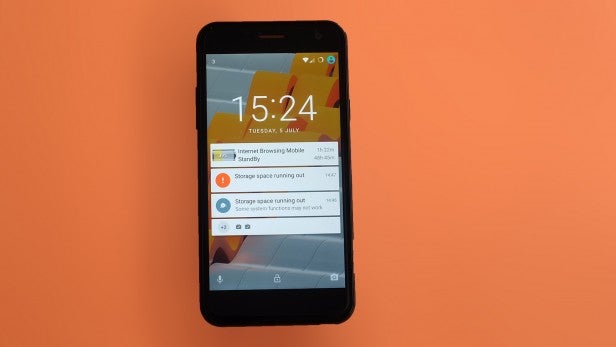 This kind of screen has become a baseline standard for many phone-makers, and with good reason. 5-inch LCD screens come cheap, but a 720p one is sharp enough to make games fun, and it’s big enough to make typing comfortable.

Not all 5-inch screens are made equal, though, and the Spark’s limited pixel density is obvious here. It isn’t only pixellation that you can see; even the pixel structure is more clearly visible than on other, similar displays.

The Spark also seems to suffer from slightly undersaturated colour – although, to my eyes at least, this is much less jarring than a significantly oversaturated screen. 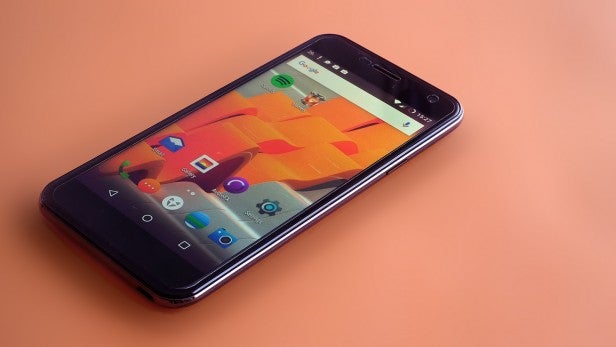 Thanks to the CyanogenMod software, you can alter the colour composition using RGB sliders, although the extreme amount of control on offer means you’d need to spend a good while tweaking. I think the Spark display looks fine as it is.

There are signs that Wileyfox hasn’t put in all the finishing touches, though. While the phone has an auto brightness setting that alters the backlight intensity to suit any lighting, the Spark screen tends to end up way too bright indoors. This is even after playing with the brightness slider.

If you’re not prepared to wait for updates to fix minor quibbles such as this – or, potentially, are prepared to put up with them for good – then the Spark isn’t the handset for you.