Wharfedale is a British company with a long and distinguished history in hi-fi and home cinema, and here it brings its considerable sonic know-how to the compact systems market. The Wharfedale DX-1 HCP brings you a full 5.1 cinema setup in a single box for a very affordable £400, which could be cracking value for money if the sound quality’s spot-on. 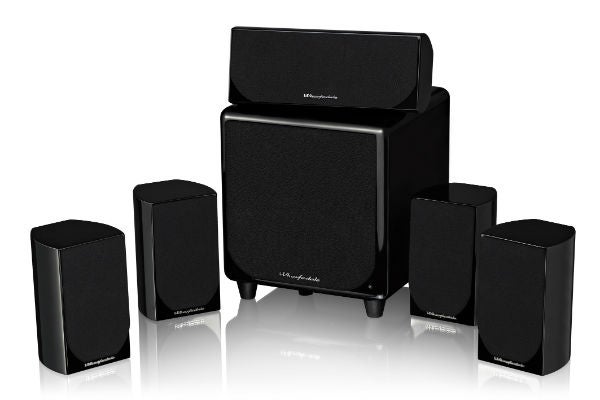 Floorstanding speakers typically offer a bigger, more authoritative sound, but they can eat up space in your living room and leave a big hole in your bank balance. So if you’re pushed for space and strapped for cash, but don’t want to compromise greatly on sound quality, then a smaller system like the Wharfedale DX-1 HCP could be an ideal solution.

In the box you get four DX-1 satellites for the fronts and rears, which at 190mm tall can be discreetly placed around the room, plus the DX-1 centre and a small active subwoofer. Removing the bits and pieces from the box, first impressions are positive. Each satellite feels weighty and solid, with none of the plastic flimsiness you get from some one-box systems. These feel like proper high-quality hi-fi speakers, built to squeeze as much audio goodness from the source as possible. 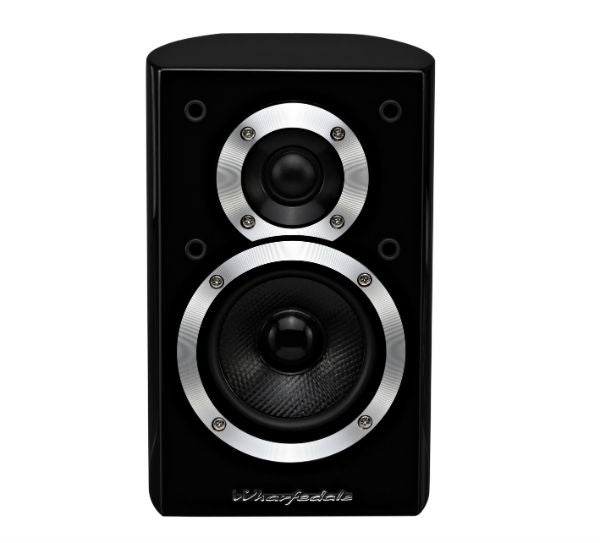 The design isn’t particularly radical or ostentatious, but the satellites exude elegance thanks to their fashionable gloss black finish and curved sides. They’re based on the blueprint of Wharfedale’s Diamond 10.1 standmount speakers, even down to the stunning silver cone surrounds under the black cloth grilles (attached by plug fixings). There’s an alternative white finish that may suit your décor better.

The impressive build quality continues on the back with the inclusion of sturdy metal binding posts as opposed to the springclips more associated with budget speakers. You’ll also find pre-attached keyhole brackets on the back for wall hanging, as well as an M6 threaded insert compatible with universal wall mount brackets.

The centre speaker shares all of the same design traits, except that it’s larger and designed for horizontal mounting. It also features a different driver array which we’ll come to later.

If you’re stressing about how you’ll squeeze a subwoofer into an already crowded living room, stop now. The Moviestar DX-1 is one of the smallest and least intrusive subs we’ve come across, measuring a diddy 285(w) x 318(h) x 320(d)mm. It’s cube shaped and aesthetically matched to the satellites with its sleek gloss black finish and curved edges. A grill on the front hides the 200mm woofer, and all the controls are housed on the back.

The DX-1 centre, meanwhile, features two of the same mid/bass drivers, placed either side of the 19mm tweeter. It also uses what’s called an aperiodic loading system to give it a boost in the low frequencies, consisting of a vent filled with resistive foam to control airflow. Its frequency response is slightly wider than the sats (80Hz – 20kHz). 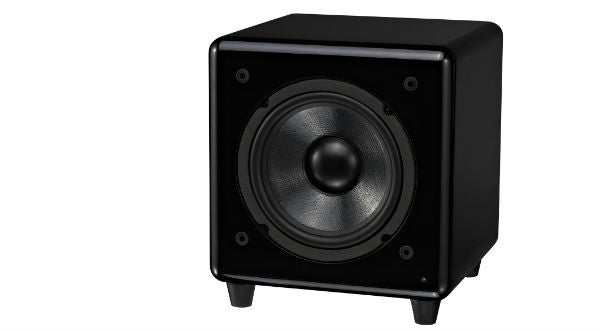 The front-firing subwoofer uses a 200mm long-throw bass cone, driven by a 150W Class D amplifier. Its performance can be tailored using the controls on the back, which include volume and crossover dials and a phase switch. Two phono inputs are provided, for connection to your AV receiver.

In terms of design and build quality we’re highly impressed by the Wharfedale DX-1 HCP, and in action it doesn’t let the side down either. Feed it the DTS HD Master Audio soundtrack of Thor and it conveys the brutal action scenes with real fervour and passion, but without losing control. This pays dividends when listening to the battle between Thor and the Frost Giants on Yodenheim.

It takes huge dynamic shifts in its stride. The moment when Thor bursts into battle after the tense conversation with King Laufey is suitably explosive. And what follows is a barrage of crisp and attacking effects – Thor’s hammer smashes up his icy foes with tight blasts of mids and highs that sound neither harsh nor flat, while weapons meet their targets with a realistically metallic clank.

If you turn up the volume to unreasonable levels the satellites tend to spit and rasp a touch, especially with forceful effects like the big robot blasting the Frost Giants, which is the only thing that betrays its low price tag.

It also provides a sense of scale that belies the system’s diminutive size. The soundstage is wide and expansive, with enough grunt to fill a room. Surround information steers between channels smoothly and the use of tonally matched speakers across the board results in a tight, cohesive sound. 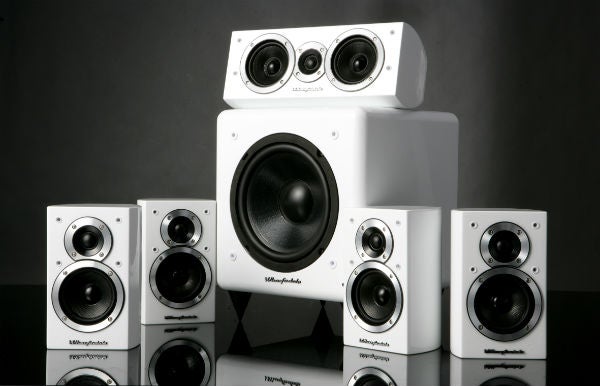 The subwoofer also integrates with the satellites seamlessly, gelling everything together without drawing undue attention to itself. Bass is generally dry and tight with no excess flab, demonstrated by the imposing thud of Odin’s staff on the floor. It’s not up to the thunderous levels of some compact rivals but we like the way it lends solidity to scenes when there’s not much going on.

Clear speech reproduction is vitally important and the Wharfedale doesn’t disappoint. Anthony Hopkins’s narration at the start sounds prominent and authoritative over the score behind it, with real depth but no unwanted resonance.

The system delivers a smooth and composed performance with music too, with clout in the low frequencies and plenty of detail at the opposite end of the spectrum. Vocals sound bold and natural too. Overall, a lovely performance for the money.

Verdict
The Wharfedale DX-1 HCP is a terrific space-saving system that delivers a more assured performance than its £400 price tag would suggest. The sats’ brisk, attacking nature makes for a thrilling listen, backed up by refined high-frequency handling and deep, well-integrated bass from the sub.

And despite its slightly safe design, the stylish gloss black finish exudes elegance and their compact size will make a minimum impact on your living space. Anyone shopping for sound systems on a tight budget would do well to give this one an audition.