Western Digital first released its Raptor in 2003 and this was significant in a number of ways. For a start it was its first SATA hard drive. However WD did something far more interesting than taking one of its Caviar drives and simply nailing on a SATA interface. Instead, it built a drive with a 10,000rpm spindle speed offering a superior data transfer speed than conventional 7,200rpm ATA100 drives thanks to lower rotational latency.


However, one downside of the high rotational speed meant that the single platter had to be three inches in diameter rather than the usual three and a half inches. The consequence of this was that that the capacity was very low at only 36.7GB, hence the model name WD360. PC desktop drives usually have capacities that go up in steps of 10GB so the Raptor appeared to have a very strange capacity, but WD had a trick up its sleeve. 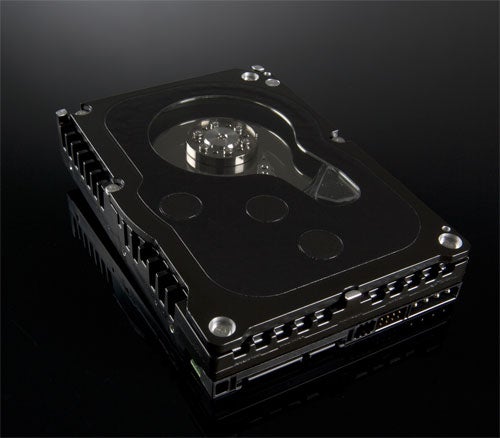 Instead of aiming the Raptor at the desktop market where prices were dropping through the floor, WD aimed this SATA drive at the Enterprise market where they generally favour the SCSI interface. However, SCSI costs a fortune and you can expect to spend upwards of £300 for a RAID card. Back in 2003 you’d spend hundreds of pounds on each 37GB or 74GB Ultra 320 drive alone. WD never intended for the Raptor to compete with SCSI, but instead offered it as a server-class hard drive that would suit the needs of small to medium enterprise. In the process it created a new product class that sat between SCSI and the desktop. As a bonus the new drive used a slender SATA cable that would improve cooling airflow inside the pedestal or rack server case.


Later in 2003, WD released a 74GB Raptor with two platters and four heads, which was very similar to the WD360 except that it used Fluid Dynamic Bearings to keep the noise down, and added Tagged Command Queuing to improve performance.

And then it all went quiet on the Raptor front – until now. 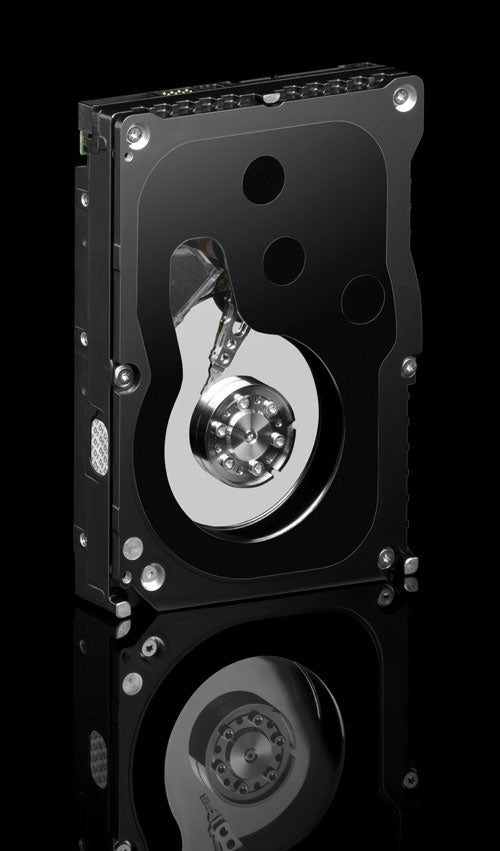 The new Raptor still uses a twin-platter design, but it now offers 150GB of capacity. It comes in two different forms. The WD1500ADFD is a conventional drive that sells for £207, making it the best value Raptor to date. The RaptorX costs £242 and comes with a polycarbonate window in the cover which allows you to watch your platters spinning, however it has a rated MTBF (Mean Time Between Failure) of 600,000 hours compared to the 1.2million hours for WD1500ADFD, which suggests that the window has a detrimental effect on cooling. In case it’s not obvious let us point out that there’s not a commercial environment in the world that will use the RaptorX, so it is clear that WD is addressing its gamers and performance freaks fan base, who love to use Raptors in their desktop PCs.

The 150GB Raptor still features the signature 10,000rpm spin speed and the buffer has been increased from 8MB to 16MB, but the big news is the addition of NCQ (Native Command Queuing).


I tested the WD1500ADFD against a WD360GD and WD740GD on an Intel test platform, which used a Intel D975XBX motherboard with a 3.46GHz Pentium Extreme Edition processor and 1GB of PC5300 Samsung memory. For benchmarking I used HD Tach 3, a file copy test and PCMark05 and the results were impressive. 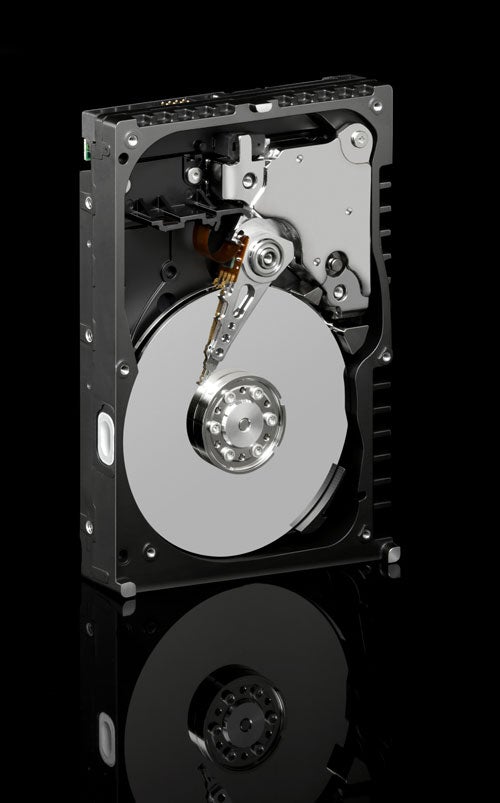 Sure enough, the 150GB Raptor is faster in every department than the earlier drives. Of course, you’d expect that as we are comparing it with drives that are more than two years old, so we also tested it against a more recent Hitachi T7K250. This 250GB drive is also a twin platter design featuring NCQ but has a 7,200rpm spin speed and an 8MB data buffer. The Hitachi has the same operating noise level as the Raptors but runs slightly cooler and in performance terms it falls somewhere between the 36GB and 74GB Raptors but looks positively slow compared to the 150GB Raptor.
(table:results) 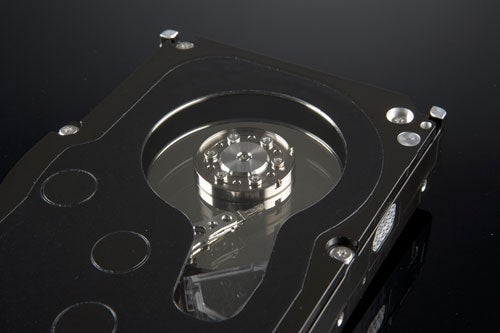 The Hitachi 77K250 costs less than £80 though, which works out to a mere 30p per Gigabyte. It’s hard to claim that the Raptor is four times better than the Hitachi (and similar drives) – it’s not – but it’s still a relatively inexpensive way to add a few per cent extra performance to your PC. This is bolstered by the fact that the 150GB capacity is large enough that you aren’t forced to build a RAID array to get a C drive that can hold both Windows and your games.


The new 150GB Raptor is the fastest SATA hard drive that money can buy. It is extremely impressive and the capacity is now respectable, but you have to pay a high premium for the extra speed.