In October we reviewed the second generation Apple TV. It was beautiful, intuitive and ultimately restrictive beyond use to all but the most dedicated iTunes supporter. Today sees the brand spanking new Western Digital WD TV Live Hub set before us and it couldn’t be more different…

Let’s run through the basics: Apple TV had shrunk from 200 x 200 x 28mm and 1.1Kg to 99 x 99 x 23mm and 270g, it stripped away the 160GB of native storage and runs a purely streaming service based on video rental or streaming content from home computers. HD playback is limited to 720p and codec support covered just: H.264 video encoded in M4V, MP4 or MOV, AAC audio, MP3, Apple lossless, AIFF, WAV plus JPEG, GIF and TIFF.

Contrast this with the WD TV Live Hub: proportions have increased from the 125.5 x 100 x 40mm of its predecessor, the WD TV Live, to 198 x 155 x 32mm while the weight has doubled from 303g to nearly 600g. This is because the Hub has added a whopping 1TB internal drive so its bread and butter is playing back locally stored content. It plays back content up to the Full HD resolution of 1080p and codec support is vast covering *deep breath*:

Yes these are two fundamentally – and arguably ideologically – different approaches, so who has it right? In fairness both have pros and cons, but as the scores at the top of the page reveal you’d go for the Hub every time. That said there do remain some inconsistencies and oversights which stop the Hub being a truly faultless product.

None of these are obvious from the outset. Unbox the Hub and you’ll be greeted with a beautifully made media player with a tasteful matt black lid that’s jam packed with ports. Along the back you’ll find optical SPDIF out, HDMI 1.4, a USB 2.0 port, composite A/V out and component video out. There is also a Gigabit Ethernet connector, which is always handy for fast file transfers (over and above your more usual 100Mbps connector) and uninterrupted streaming. On the front you’ll find another USB port, but WD has missed out a card reader and – most surprisingly – WiFi, something we’ll discuss in greater detail later.

While the Live Hub may mark the addition of a new form factor for Western Digital, the biggest changes come when you switch it on. Not only has the Hub had a complete UI overhaul from previous products like the WD TV Live HD, it also comes loaded with lots more functionality. 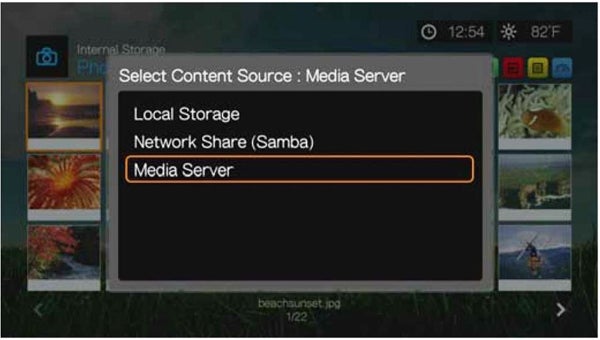 Stand out amongst these is the Hub’s ability to act as a media server so video, music or photos can be streamed from the internal drive to any DLNA/UPnP-compatible TV or multimedia device on the same network. This includes PCs, consoles, tablets and even mobile phones. In practice there are limitations (it only streams HD video to one device at a time) and 1TB may not be large enough to replace a dedicated NAS, but it is far more flexible than Apple TV’s reliance on Home Sharing. It is also compatible with iTunes server and can sync the contents of attached devices – be they HDDs, USB drives, cameras or video cameras – to the internal drive so they can be fired around the home.

Gaining less publicity, but with great potential, is the newfound ability to control the Hub over an http interface. This is accessed by entering the Live Hub’s IP address into a web browser on the same network (change the ‘admin’ default password) and offers the ability to access media and reprogramme the remote’s keys. Ultimately this could prove incredibly useful to third party app makers who could spin it into a tidy third party handset app. As it stands you’ll primarily rely on the bundled remote, but the addition of a full 0-9 keypad with more tactile controls means this is no great sacrifice. 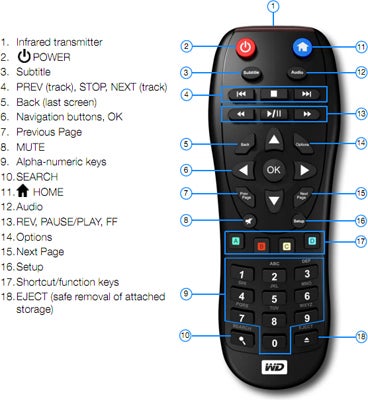 Neither is typing, because another smart move by Western Digital is the USB ports now support keyboards so a wired or wireless keyboard can be added to make typing a breeze. This is most useful when using the online services which include AccuWeather, Facebook, Flickr and YouTube but juicy rental services like Netflix and BlockBuster aren’t available in the UK so they’re omitted. Strangely Pandora does still show up in the menu, but it remains US only. This knocks some of the gloss of the offering, but no more so than the lack of Netflix on the already limited Apple TV. Compatibility with BBC iPlayer would have been nice though – perhaps we can dream of YouView one day. 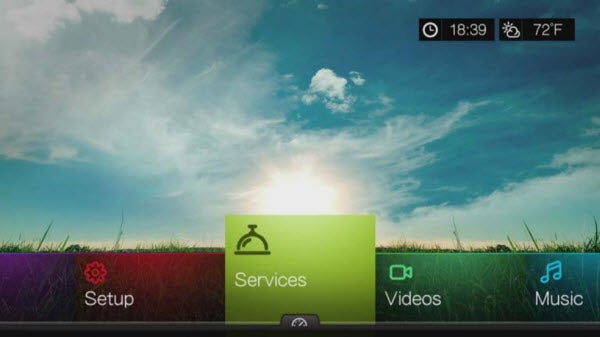 As for actual video quality little has changed from previous WD TV players. This may sound harsh, but other than the continued absence of RMVB support, the WD TV units are a match for any media device – including PCs themselves. Obviously quality will depend on your TV (you have calibrated it, right?), but even high bitrate 1080p clips are smooth and no noticeable frame drops were found compared to the source material. HDMI 1.4 also means the Live Hub can happily playback 3D content, but sadly we lacked a 3D TV at the time to test this on.

As for the UI, dubbed ‘Mochi’ by Western Digital, it is mostly successful. By this we mean the colourful new interface is certainly the best we’ve seen in a WD TV device to date (and Western Digital told us it is likely the UI will come to older models via new firmware), but it still has its fair share of irks and quibbles. Notable amongst these are the slightly ponderous scrolling through the homescreen dock (often animations must complete before you can continue to the next option) and the icons for the red, yellow, blue and green shortcut buttons are a little small and vague until you get used to the layout. The good news is Mochi is XML based so it is extremely customisable with user created themes in the pipeline and hopefully plenty of scope for little tweaks. 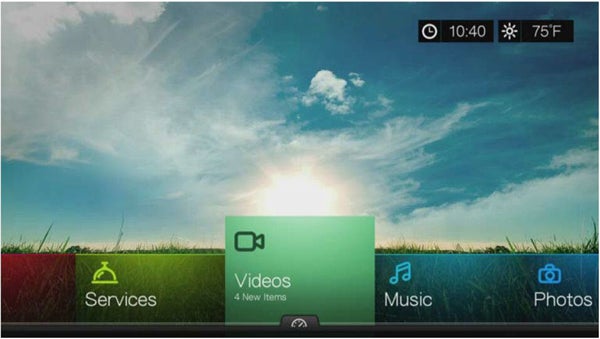 Less easily fixed is the lack of WiFi. We know the true home cinephile is likely to watch nothing but 1080p, but we’d argue home cinephiles are likely to stick to Blu-ray. For the media player fans out there, however, Western Digital’s decision to omit the convenience of WiFi is baffling. The official reason is to keep costs down, but with WiFi such a commodity these days I’m sure we could’ve put up with another £5 on the price tag. That said as it stands your best bet remains Ethernet over Power which will add another £50+ to the total outlay or a wireless n adaptor for around £30 (the Linksys WUSB600N is compatible). Skip these two options and you’ll be forced to run an Ethernet cable from the Hub to your router – wherever it may be. 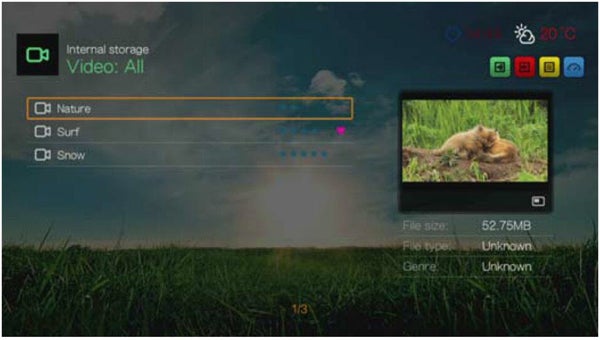 A few other irritants: the flashing WD TV logo on the front of the Hub is distracting, especially as it runs when in power saving mode – though it can be switched off in the options. Meanwhile Gigabit Ethernet may be a nice sticker tag, but we found it hard to get it streaming at speeds anywhere near the limits of 10/100 Ethernet so it is a boast in name only.

On paper the WD TV Live Hub appears to be the complete opposite of the new Apple TV and so it proves – both in good ways and bad. The good are fundamental deal makers: comprehensive codec support (if no more extensive than previous WD TVs), extended functionality via the media server, USB keyboard support and http controls which could provide invaluable for third party apps.

On the flip side the UI, while gorgeous to look at, isn’t as intuitive as that of the Apple TV and the lack of WiFi is a disappointing and, in our opinion, poor compromise when the product is so competitively priced. Ultimately the pros of the WD TV Live Hub do indeed outway the cons so if you want a media player with local storage this is definitely a top choice. If, however, you can do without the internal hard drive the older WDTV Live HD is still one of the best out there, especially now its price has dropped.