Fashion headphones aren’t a new phenomena, a number of companies have been targeting this growing market over the last few years by combining outlandish designs with teenager (let’s be honest, they’re the real target market) friendly prices.


Probably the most famous for exclusively targeting this market, though, is Skull Candy. It produces a range of headphones of all shapes, sizes, and designs ranging from sub £20 to around £45 (it does also do some wireless ones that retail for about £65). However, there’s now a relative newcomer, at least here in the UK, which is looking to grab itself a slice of this lucrative pie.


Hailing from Sweden (as Skull Candy also does), the founders of WeSC are a self-proclaimed mad-hat bunch (they’d have to be to call their company ‘We Are The Superlative Conspiracy’) of ex-skateboarders and snowboarders who wanted to create some products that would appeal to the type of people that they themselves would hang out with. It started with clothes and various skater culture accessories and has now branched out into headphones as well. 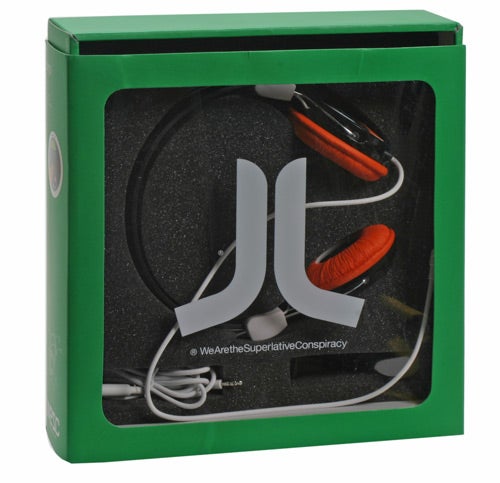 Its range of ‘phones is aimed a little higher than the likes of Skull Candy with prices starting at around £35 and breaking through the £100 barrier at the top end. Today I’m looking at a middling pair from the Bongo Art range, which cost about £60. 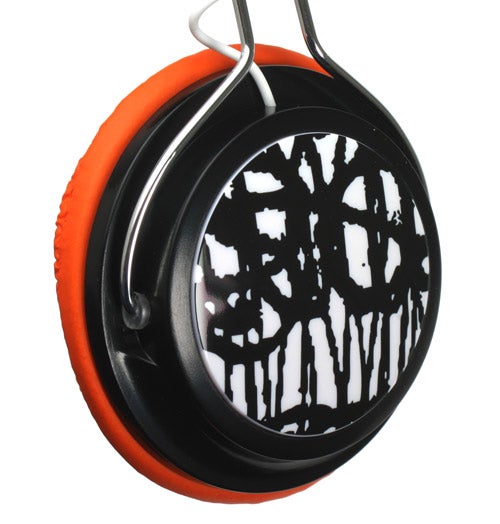 The particular pair I’ve got was designed by Thomas ‘ Marok ‘ Marecki, the art Director and founder of pop culture magazine Lodown. Now I’m sure a few of you will be instantly horrified by the garish design as, in truth, was most of the office when they saw these. However, there are plenty of designs to choose from if these don’t take you fancy, including a plain black one. Personally I think that defeats the object of buying a pair of headphones like this, though. They’re wacky, and that’s a good thing sometimes.


They’re quite well built with solid chunky metal headband and earcup brackets and reasonably resilient plastics used throughout. The padding on the earcups, though, is not the deepest or most luxurious and is plastic coated rather than leather. Also, the headband is not padded at all, but that’s not something I’ve ever seen as a problem – it’s always my ears that start hurting before my head. 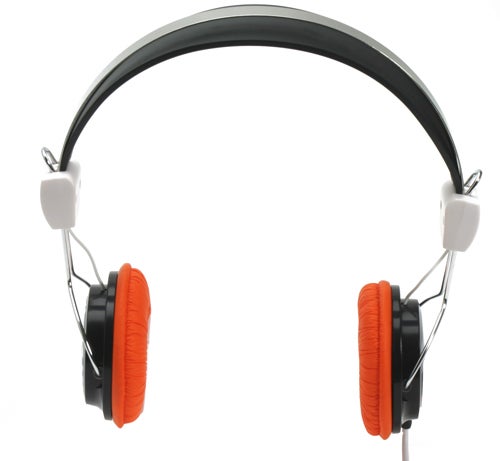 The earcups pivot up and down freely on their brackets but the only adjustment of the headphones, per se, is by means of pulling the cup-holding bracket through the white mounting point on the headband. This means they can be made to fit most head sizes but the lack of rotational adjustment means the ‘phones can’t fit to the angle of your ears. With the fairly strongly sprung headband and slightly miserly padding on the cups, this can make wearing these headphones for more than an hour a little painful.

The firm hold does, however, make these headphones very secure, especially compared to some on-ear designs we’ve seen and, along with the closed back design, this provides a degree of noise-isolation. Obviously they don’t compare to active noise-cancelling headphones or noise-isolating canalphones but they’re better than completely open-backed designs. 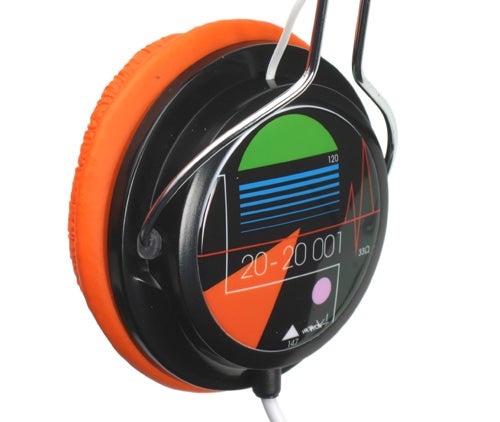 An initial 50cm length of cable runs down from the left earpiece and a further 105cm extension is also provided. No adapters or converters are bundled in the box but considering that headphones such as these will most likely find use with MP3 players (rather than aeroplane entertainment systems or Hi-Fi’s), the standard stereo 3.5mm jack plug is fine – it’s even 1st gen iPhone compatible.


All told, then, there are a few compromises on the comfort front but as an overall package they seem reasonable, assuming the sound quality can hold up to scrutiny, which for the most part it does. Certainly these don’t compete with true audiophile headphones and at sixty pounds they are coming up against a lot of competition from the low price products from high-end manufacturers like Grado (the iGrado’s use very similar drivers and are much more comfortable), Sennheiser, Shure, and AKG, to name but a few. However, they do actually hold there own at this price point. 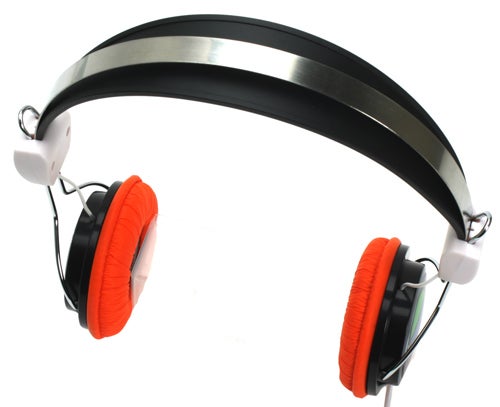 For a start, bass response is plentiful, especially if you crank up the volume – and these headphones do get loud! It’s not a forced bass level, either. It sounds natural and never comes at the expensive of the rest of the music. Indeed the overall sound is pleasantly even with mids and highs equally well balanced along with the bass. Actual clarity at the top end isn’t spectacular, which makes music sound a little flat, especially acoustic, jazz, and classical stuff but for £60 we can find little reason to complain about. Certainly if all you want is something with which to blast your punk/rock/dance “choons” out with while careering down a snowy slope at breakneck speeds then these should be right up your street.


We Are The Superlative Conspiracy may be a silly name for a company and these Bongo headphones may well look ridiculous to many people but don’t let that deceive you. While they’re not the most comfortable headphones we’ve ever worn they produce surprisingly good quality sound that’s on a par with anything else you’d get for the money and, with so many different designs on offer, there’s probably a pair of Bongos to suit everyone.