What is the Weber Master-Touch?

The Weber MasterTouch is a kettle-style barbecue with some nice modern touches. There are special charcoal baskets at each side for indirect cooking and a grille that folds up to offer access to them.

You can also lift up a circle in the centre of the grille and add foodie accessories such as a wok, griddle, pizza stone, poultry roaster, Dutch oven or sear grate. 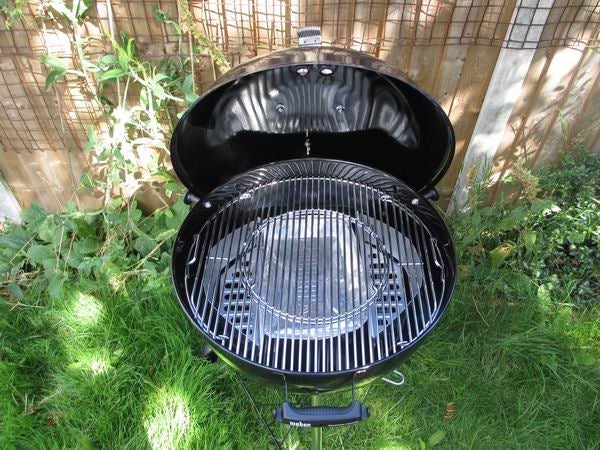 The Master-Touch builds on the success of Weber’s Original Kettle barbecue, which offered features such as a porcelain-enamelled bowl and lid with a 10-year guarantee, lid-mounted temperature gauge and stainless steel One-Touch cleaning system. 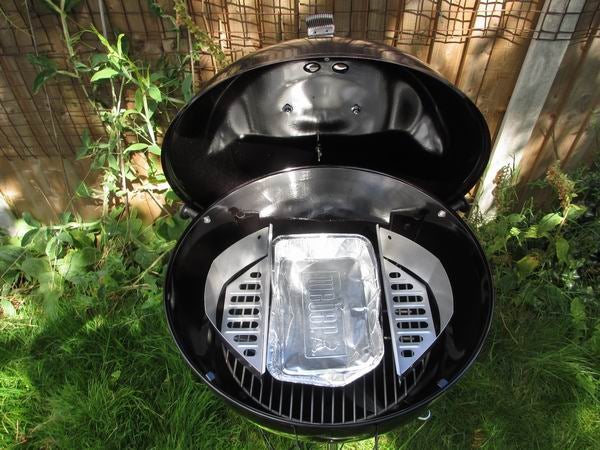 The model is often called the Master-Touch GBS. The Gourmet BBQ System grate allows you to lift out a section in the centre of the unit to add various foodie accessories such as wok, griddle, pizza stone, poultry roaster, Dutch oven and sear grate. This lets you cook an incredibly wide range of dishes.

The lid has a weatherproof handle with protective heat shield and a rust-proof aluminium vent to control temperature and airflow for perfect barbecuing. The bowl is also fitted with a weatherproof handle and a lid holder, keeping the hot lid safely out of the way, or offering the ability to use it as a windbreak.

Wheels make it extra easy to move the barbecue around single-handed, while the ash can is simple to remove for quick cleaning. 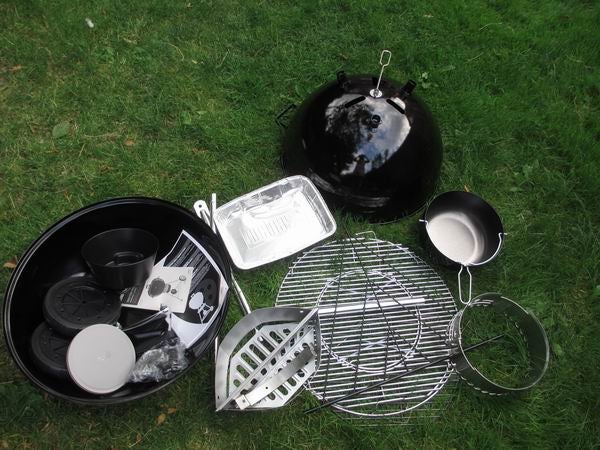 Assembling the Master-Touch took about half an hour and required the use of a hammer, a screwdriver and a spanner. On the whole, it went well. However, forgetting a wheel resulted in us having to remove a fitting that was designed to lock tight for eternity. Much monkeying around was required, but we succeeded.

Build quality is pretty decent, then. Shame about the instructions, which only tell you what to do, without warning about what not to do. The result was a sturdy barbecue, but we soon realised that the wheels should have been opposite the handle. A quick mistake to rectify, but by this time we were spent, and so left them as they were. 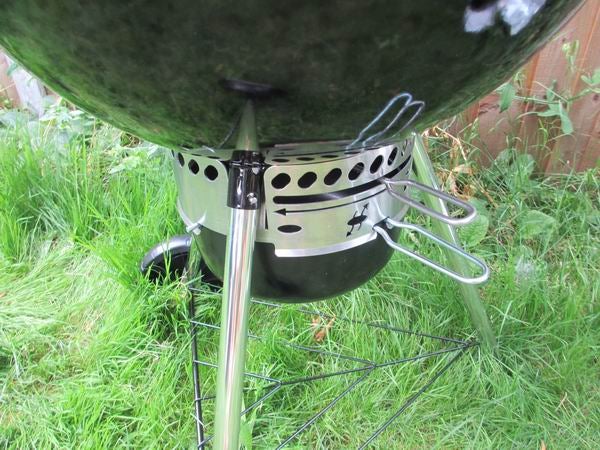 The temperature gauge in the lid and air vents top and bottom are useful. At the top, the large vents have an insulated handle, so it isn’t burning hot to the touch – a welcome addition. Down below, the vents are controlled with a big handle. Below this is a removable ash collector for easy emptying; simply squeeze the handles together and pop it off.

As already mentioned, a loop at the rear forms a hold for the lid when it’s off – and it doubles as a wind shield – but we would have preferred a hinged lid all the same. 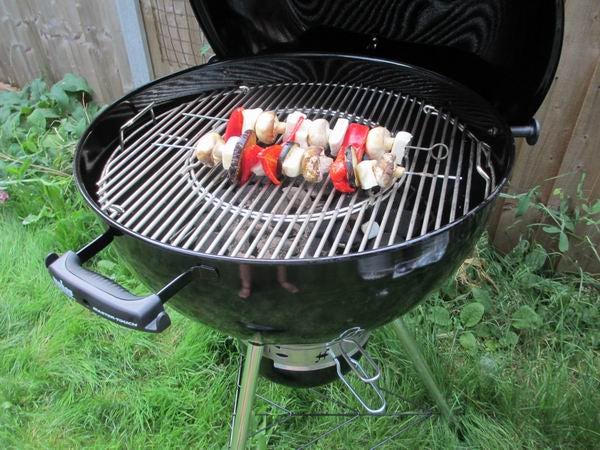 Lighting was where the Master-Touch fell down, though. We lit it as we would any other barbecue, but it just wouldn’t play. We experimented with the air vents top and bottom, but we only ever achieved warm, black coals, rather than proper flames followed by hot white coals.

Having tested other Weber kettle barbecues, we concluded that teaming this unit with the company’s chimney starter would have got this barbecue going great guns.

However, with no chimney starter to hand, we tried the next best thing: a bag of instant light charcoal. This gave a much better result and let us test the barbecue to its full potential.

We cooked bangers and burgers directly and found that the cooking was steady and fairly even. Burgers were cooked through nicely and moist in the middle; bangers were nicely browned but not frazzled.

We didn’t have any GBS accessories to try in the middle of the Weber, but it’s clear that they’d make the Master-Touch more versatile as an outdoor cooker. 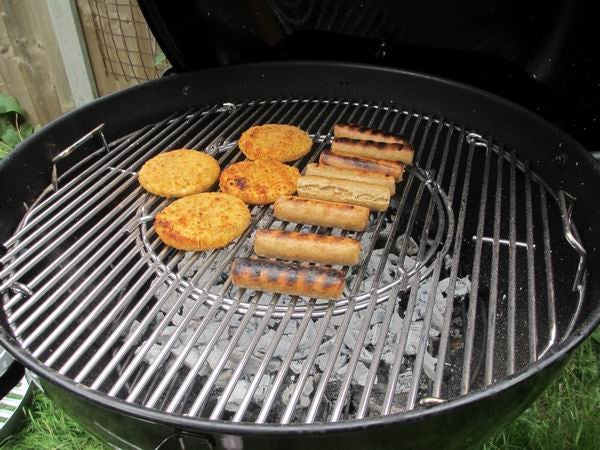 Should I buy the Weber Master-Touch?

Maybe. We found it difficult to light, but otherwise it’s a decent barbecue. However, the Char-Broil Kettleman performed better and is available for less money.

A decent kettle barbecue but we found it too difficult to light.