It might seem a bit of a weird idea, using your phone as a sat-nav system. But when you think about it, all of the ingredients are there. Most phones these days have full colour screens and enough horsepower to run sat-nav mapping software. And though built-in GPS receivers are still a novelty, most modern handsets are equipped with Bluetooth, meaning you can add GPS functionality really easily with a Bluetooth GPS receiver module.


And because many phones have some form of Internet connection now, it’s a snap to integrate stuff like traffic information, and update maps seamlessly. As a result, many of the major navigation software makers are now offering their packages for smartphones. 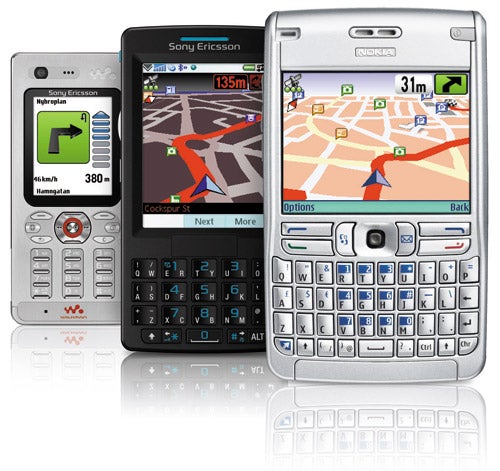 Wayfinder Navigator 7, however, takes the concept of the connected sat-nav system to extremes. Instead of storing the maps on a data card locally Wayfinder takes your route request and sends map, route and other pertinent data in small chunks to the phone as and when required.


This makes a lot of sense – it ensures you’ve always got the most up to date maps to hand. It means that you always have access to the most up to date points of interest. It gets around the memory restriction problems of phones with no expansion slot, and it also means that it’s simple to integrate up-to-date speed camera and traffic information. Navigator 7 includes speed camera warnings as standard plus a month’s worth of traffic updates as well, after which you have to pay an extra subscription fee. 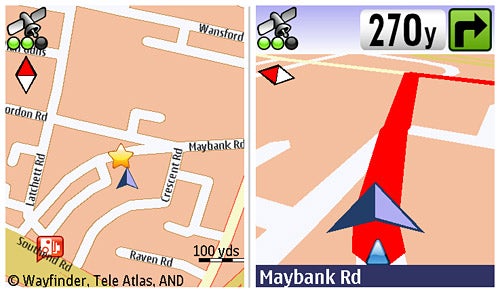 To get it up and running, all you need is a compatible phone – check the website for this, but it is pretty extensive – a GPS receiver module, and an Internet connection of some sort. Wayfinder supports GPRS, EDGE, and 3G services. I couldn’t get it to work with my 3 phone, but when using the T-mobile and O2 service it seemed just fine. If you’re unsure it’ll work on your phone or with your network, the software is also available as a 30-day trial, so that you can try before you buy.


Once installed it all works very well. Voice instructions are clear, giving you plenty of warning before a turn as well as linking instructions when turns are close together. Route decisions are reasonably sensible too, getting you where you want to go and the 3D map display is clear and uncluttered – it seems to work well even on a relatively small screen. In addition, the maps seem accurate and up to date (they’re based on Tele Atlas data, the same as Mio products), and the points of interest database is excellent – even Wi-Fi hotspots are flagged up as you drive past.

The whole thing is generally easy to use too. Just six options to choose from on the main screen make it easy to find all the important functions, and while it is fiddly entering place names via a numeric keypad, there are plenty of owners of PDA smartphones and handsets with keyboards to whom that restriction won’t apply. That said, access to some of the more advanced features is hidden away somewhat – and after two weeks of using the system I had to have them pointed out to me before I was able to locate them. 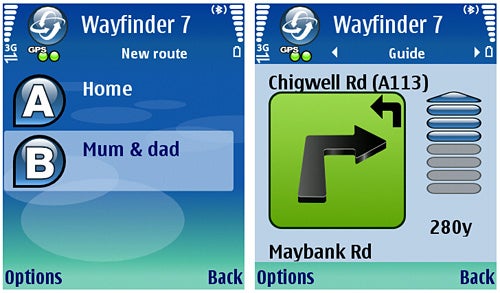 And you don’t have to rely on your handset’s cumbersome data entry system if you don’t want to either. The system also provides an alternative for getting around potential problems with fiddly text entry. Registered users can log onto a special area on the Wayfinder website and use it to search for and add to favourites, which can then be synchronised with the phone. The website also has the facility to synchronise with your desktop Outlook contacts.


Of course it is not without its problems. First it’s inconvenient. You have to worry about keeping two things (phone and receiver) charged or connected to your lighter socket. And running your phone as a sat-nav also means it’s more likely to have run out of juice when you need it most. I tested Wayfinder out on a Nokia E60 running Symbian and after about three hours driving it needed a fresh charge. 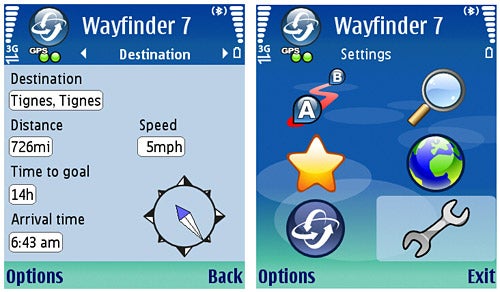 The second – and most problematic – are those pesky Internet charges. Over the course of a week-and-a-half of use I managed to rack up 7.23MB of downloads using the service. You’ll need a fairly generous data allowance for that not to notice and it also means that if you plan on using it abroad you’re going to be hit in the pocket by hefty data roaming charges. If you have enough memory available – or a memory expansion slot of some sort – you can get around this by pre-loading maps onto your phone using the website, but this is a faff as you have to do it by city or region; you can’t simply download whole countries.


You’re also going to have a problem when you reach an area with no service for your network. Now although this is a rare occurrence these days, there is the odd spot – in deepest, darkest Wales for instance – where some networks still can’t boast 100 per cent coverage, and when you hit one of these spots your sat-nav essentially becomes useless.

Although the software has great features, it doesn’t quite have the same level of flexibility as you get on a dedicated system from the likes of TomTom or Mio either. You can’t tell it to specifically avoid a road block for instance and you can’t create multi-point trips, both of which are significant omissions. But it does have a pedestrian mode, you can optimise routes for either speed or shortest distance and there’s also the facility to avoid toll roads – handy on that touring holiday of France. 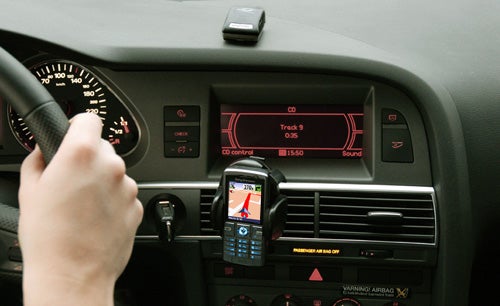 There’s no denying that Wayfinder Navigator 7 is a clever system. And it’s one that works well. It’s the only way of adding sat-nav to your phone if your handset has no way of extending its memory allocation, and at £68 for the UK and Ireland version and £99 for the European version, it’s cheap too. Bearing in mind this includes a speed camera database, that’s pretty good value for money, especially if you already have a Bluetooth GPS receiver module or your phone has one built in. However if you don’t, the GPS package, which includes a re-branded Royaltek RBT-2001 receiver, adds another £60 to the total cost.


But with no road block avoidance or multipoint route facility, there’s also no getting around the fact that the software isn’t quite as powerful as either other mobile navigation packages or software found on dedicated systems. Furthermore, it’s impossible to ignore the potential for wallet-unfriendly data charges when used abroad.


The prospect of reducing my in-car gadget paraphernalia by combining my phone with Wayfinder Navigator is certainly tempting, but if it came to the crunch I’d still spend a little bit more and go for a decent dedicated device.