What is the Wacom Cintiq Companion?

You no longer need another computer at all. This is the logical conclusion of the Wacom model, and boy are we glad it’s here.

A ‘drawing’ tablet may conjure ideas of play, but the Cintiq Companion tablets are very much professional tools. There are four different models.

If you’re considering this as an alternative to a MacBook Pro, you’re in the wrong place. But as a professional tool, it’s not a bad deal at all. Wacom says that in the short time they’ve been on sale, these Windows tablets have accounted for 80 per cent of Companion series sales. 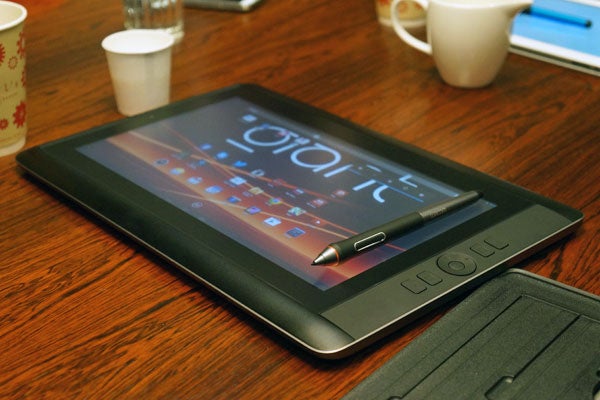 The next two tablets are ones we didn’t quite expect. The two ‘Hybrid’ companion tablets run Android 4.2, but hook up to a computer in order to function much like a Wacom Cintiq 13HD. There are 16GB and 32GB models, and they start at £1149.99. Without computer in tow, the Android-based tablets are little more than casual sketchpads and, well, Android tablets.

Although one pair runs Android and one Windows, the designs of the four are near-identical.

They have mostly-metal bodies, and use the same front control layout as the Cintiq 13HD. They weigh around 1.8kg – more than an Ultrabook, less than a desk-bound laptop – and are between 16-17mm thick depending on the model. 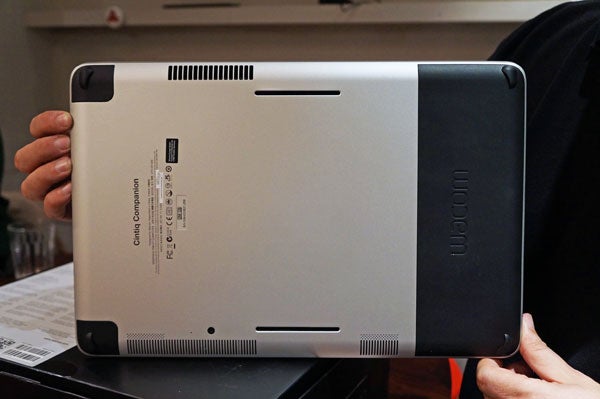 All have 13.3-inch displays. These aren’t tablets you’re meant to whip out on the train for a quick Facebook update. But within their own category they’re eminently, almost ridiculously portable. The Windows-based Companions will last for five hours of mid-level activity and the Android pair last between 7-12 hours depending on what you’re doing.

They come with the same stand we saw introduced with the Cintiq 13HD – a slim mix of plastic and aluminium that holds the Companions at three different angles. You also get a thick neoprene case that holds the tablet, the stand, the optional Bluetooth keyboard and the Pro stylus. All three come with this stylus, which comes with an array of nibs. 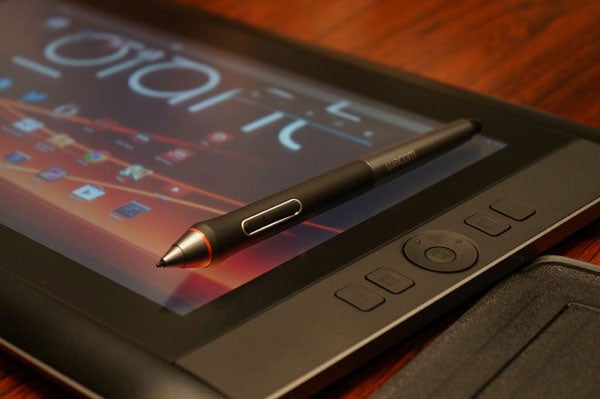 The capabilities of the stylus are consistent between all four models too. Like Wacom’s top-end digitisers, the Cintiq Companions offer 2,048 levels of pressure sensitivity.

The screens are all 13.3 inches across, use 1,920 x 1,200 pixel ‘Full HD’ resolution and have an excellent anti-reflective matt finish top layer that makes using them outdoors, or in a brightly-lit studio or set, possible.

A consequence of the matt finish is that the display isn’t as immediately dazzling as a glossy one, and there is a blueish hint to blacks. However, in practical terms this is an excellent screen, and the IPS-based panel gives the same sort of excellent viewing angles you get with a ‘normal’ tablet. 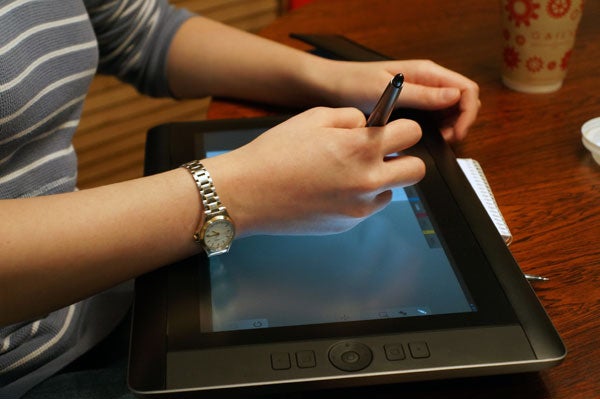 There are just two difference processors on offer in the Companion range. If you buy a Windows tablet, you get a third-generation Intel Core i7 processor. If you buy an Android tablet you get a Tegra 4 chip.

Tegra 4 is relatively little-used CPU among tablets but a solid performer. However, we were slightly disappointed to see the Windows versions use Ivy Bridge processors rather than this year’s Haswell models. Other than improved performance, Haswell also offers much better battery efficiency. Given the lack of direct competition in this sector, it’s no game-ending issue. But it is a shame now that Haswell chips are the ‘standard’ for new mid-range and high-end laptops.

The Windows Cintiq Companions have 8GB of DDR3 RAM, the Android versions 2GB of RAM. 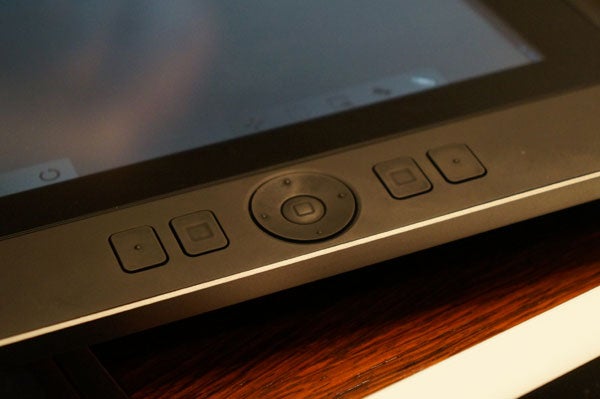 There are naturally different connections in the Android and Windows version of the Wacom Cintiq Companion. The most notable is the proprietary connector cable in the Android versions that lets you plug the tablet into a computer – to let it function like a Cintiq 13HD.

Other than that the Android versions feature a full-size USB, a microSD card slot, and a microHDMI port.

With the Windows version you get a little more. There are two full-size USB 3.0 ports, a microSD memory card slot and a micro DisplayPort, letting you easily attach a second monitor if needed. 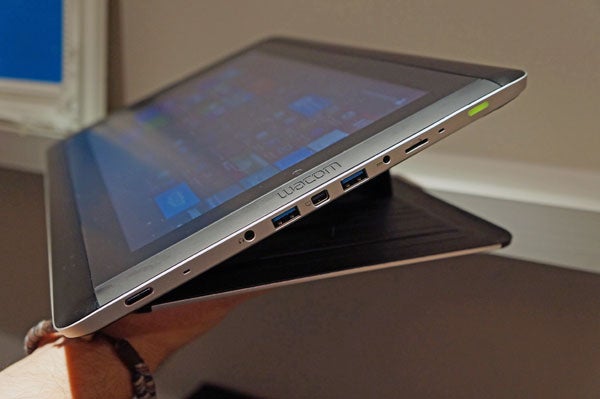 The Wacom Cintiq Companion graphics tablets are a jobbing professional’s dream. We’re not convinced the Android versions will be a particularly attractive alternative to either the Cintiq 13HD or Windows Companion tablets, but the full PC functionality of the Windows editions make them unbeatable tools for the graphics designer in need of a truly portable workstation.

Next, read our Wacom Intuos 5 review