Many of our most popular visions of the future come from films. There’s the hoverboard of Back to the Future 2, the swishy-hand operated computers of Minority Report and the heads-up displays of… well, loads of flicks featring burly marine-types. Like Google Glass, the Vuzix Smart Glasses M100 want to make this a reality, and all for around the price of an iPad.

The Vuzix Smart Glasses M100 is an augmented reality headset that is set to cost “less than $500”, which may equate to around £400 in our money. This new gadget has got a lot of people excited, and it even won an innovation award at the CES 2013 tech show, but is it worth the hype? 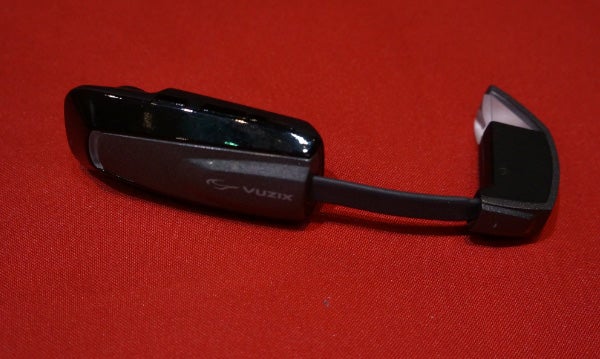 First impressions of the thing aren’t great. For a pair of “glasses”, there’s little-to-no glass on show. The Vuzix Smart M100 is a pretty flimsy plastic headset that perches on your earlobe like an oversized hands-free calling kit. Like the Vuzix Wrap 1200 before it, the Smart Glasses M100 headset is not going to make you look cool.

But how does it work? The Vuzix Smart Glasses M100 interfaces with your Android smartphone of iPhone, over Bluetooth or Wi-Fi, to reap information, projecting a full-colour screen onto a tiny display that sits just in front of your right eyeball. Rather than blocking out your field of view, as some previous video glasses have, this set produces a screen that lies on top of your normal vision – in part of course because the display is only in front of one of your eyes. 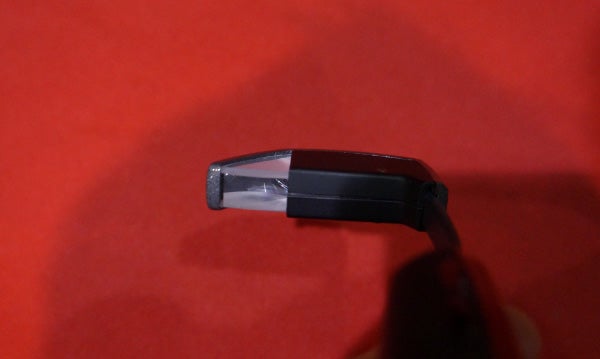 The Vuzix Smart Glasses M100 headset is also equipped with a camera that points out from the front of the floating display, enabling all sorts of augmented reality shenanigans – which we’re still waiting to find a use for, in all honesty. 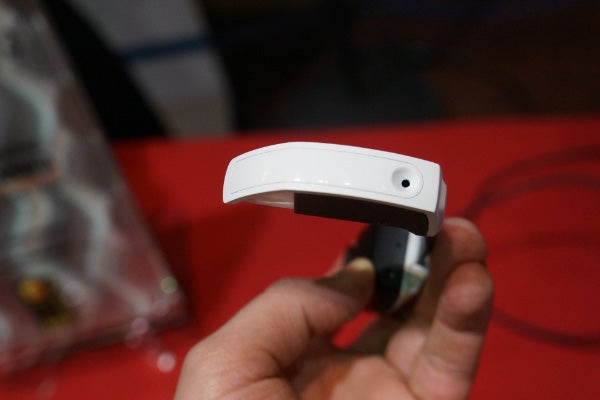 The headset also suffers from the issue that has plagued Vuzix’s video headset gadgets in the past – poor image quality. Its display only pipes out WQVGA resolution, which isn’t really enough to render the information the thing tries to relay.

Rather than keeping things simple, handing you a few choice bits of information in your field of view, the Smart Glasses M100 provide you with a full (albeit customised) version of the Android OS. Inside this oversized hands-free kit is an independent Android computer, complete with 4GB of flash memory, 1GB of RAM and a OMAP4430 1GHz processor. Heck, this thing has more power than some Android phones, and will last for up to eight hours off a charge. 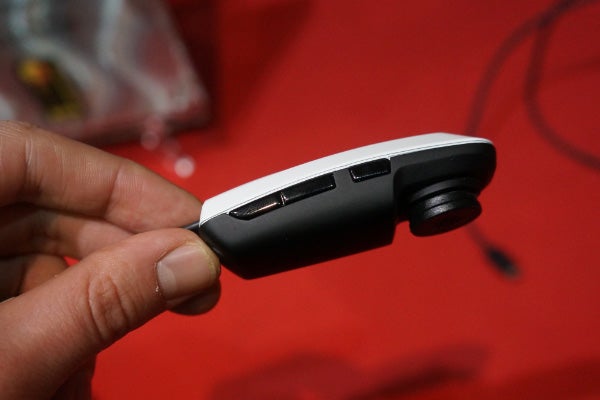 Vuzix hasn’t streamlined its interface enough to make the Smart Glasses M100 a particularly attractive proposition, though. It says that the display is like having a 4-inch smartphone at arm’s length. But would you really want that dangling in front of your face all the time?

Vuzix’s triumph here is in getting a working model out to real people relatively quickly. However, the Vuzix Smart Glasses M100 isn’t the exciting Google Glass rival we were hoping for. In spite of the  cod-futuristic Universal Solider-like design, if anything it feels a bit dated fresh out of the gate. Functionally, it’s not all that different from the projecting Epsom Moverio BT-100 video glasses, except that the smaller display size will make it all the more tricky to use.