Anyone who really likes films has probably at some point dreamt about having a full-blown front projection system in their house. But then those boring things known as ‘practicalities’ have most likely reared their ugly heads, with their negative vibes about cost and set up difficulties. Darn.


Today, though, we’re looking at a product that might just be able to cut those ‘ugly heads’ off. For the Vutec Vu-Easy is a remarkably simple-to-install projection screen that can conveniently hang out of the way on your wall like a painting, while also delivering really premium pictures from any half-decent projector.


If you’re not familiar with Vutec, the company hails from the US – no great surprise, we guess, given the huge, projection-friendly houses they’ve got room to build over there. 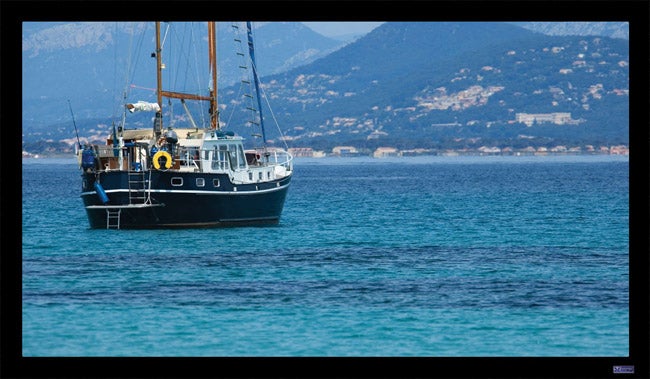 Vutec makes a wide selection of screens, including motorised models and models using recessed and rising arm designs. But as spatially challenged Brits, we found ourselves particularly drawn to the Vu-Easy model with its hang on the wall rigid frame design. After all, if you can hang one of these babies on a wall it can take up hardly any more room in your house than the wall itself – even though it’s giving you a screen size far in excess of anything you’d get from a TV. Unless you somehow installed something like Panasonic’s 103in plasma screen behemoth.


Actually, mentioning the Panasonic 103in screen highlights the key issue of price, too. For while that plasma screen will set you back around £50k – plus any extra costs incurred by the nightmarish process of actually installing that unbelievably heavy bit of kit – the Vu-Easy screens start from under £930 for a 92in standard size model.


Obviously we’re not completely comparing like with like here, as the Vu-Easy screen needs to have a projector pointed at it before it actually produces any pictures. But with really good projectors now appearing for prices comfortably under two grand, this means the Vu-Easy can still play its part in delivering, say, a 100in home cinema image for 10-15 times less cash than you’d need for the similarly large plasma TV. 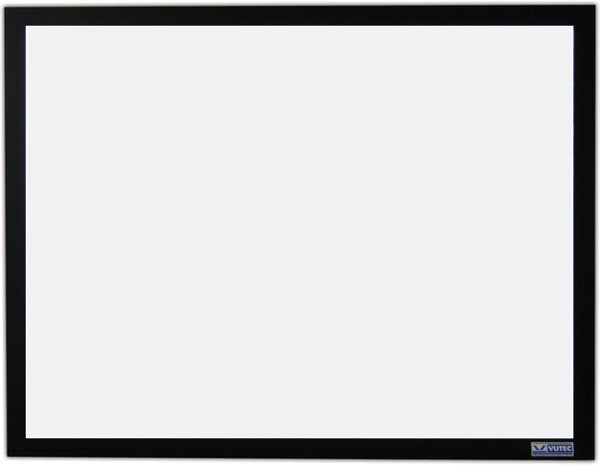 And let’s not forget, either, that the Vu-Easy concept is far less limited in terms of size than any plasma or LCD technology; for instance, standard Vu-Easy screens go up to 189in diagonal, making even the Panasonic 103in plasma look like a shrimp. Cool.


The Vu-Easy actually comes in a series of standard 16:9 sizes (92in, 103in, 110in, 123in, 133in, and 147in). But you can also have screens custom made to pretty much any size your viewing room demands. What’s more, you can also get them in 4:3 aspect ratios if you really think this is worthwhile; a 16:10 ratio more suited to PC sources; and even a 2.35:1 CinemaScope format if you’re lucky enough to have a projector with a suitable CinemaScope lens.

Also crucial is the amount of flexibility Vutec offers concerning the screen fabric you put inside the Vu-Easy frame. No less than seven options are available, with probably the most all-purpose one being BriteWhite, a PVC-coated fabric with a gain of 1.3. This should work a treat with typical LCD and DLP home cinema projectors, and was the option we used for our tests.


Other options include GreyDove for people with an extremely dark room who want to emphasise black levels in what they’re watching; a SoundScreen option that lets sound through so that you can position it in front of a speaker; a Rear-Vu option that allows you to put a projector behind it for a rear projection-style installation; and a high-gain PearlBrite option for PC use or rooms with lots of ambient light.


The Vu-Easy screens ship in a series of pieces; four side panels that fix together to make the screen frame, and the screen fabric itself, carefully rolled so as to avoid creasing. The frame sections then fix together in minutes using pairs of blank and tapped corner brackets, with screws used to expand the brackets so that they grip the frame sections nice and firmly. 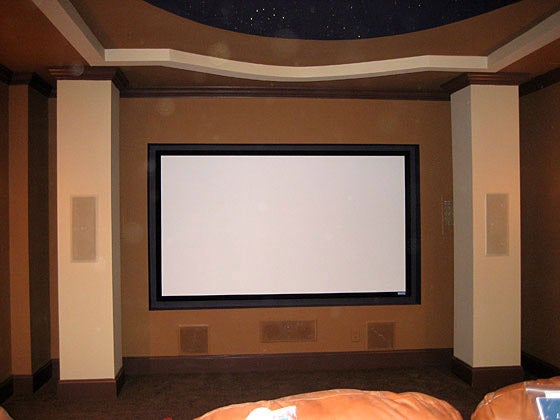 You then hang the frame from the wall without putting the screen fabric in, so that you can correctly position all the necessary wall brackets for supporting the upper and lower frame edges without having to worry about damaging the screen.


Once that’s done, the screen frame cleverly pops off the brackets simply by pressing down in the middle of its lower edge, so that you can remove it from the wall ready for putting the fabric in. This process is remarkably simple too, involving nothing more complicated than stretching the screen out so that it meets Velcro strips attached to the frame.


Admittedly it’s a little tricky to get this stretching part sorted without leaving any ‘dents’ in any of the screen’s corners, but so long as you get somebody to help you, you’ll get there eventually. In fact, even a total DIY numpty like myself had the screen fixed on the wall within an hour of getting the various bits out of the box.


It should be added at this point that you don’t need to fix the Vu-Easy to a wall. True to its name, an even easier option is available in the form of two standing legs that screw into the screen’s sides and allow you to choose from a variety of height settings. Putting the screen on legs makes it easier to move around if a permanent position isn’t really practical for you. The legs are remarkably good value at £125 plus VAT, too.

Once you’ve got the Vu-Easy positioned, you’re free to admire the rather nice chamfered front edge to the 2.5in wide frame (this replaces a previous black felt frame shown in our pictures). But otherwise, of course, the Vu-Easy is just a rectangle of whitish fabric – until you project an image onto it, at which point it bursts into life in really quite spectacular fashion.


The first thing that struck me while using a 110in, 16:9 Vu-Easy with BriteWhite fabric in conjunction with a JVC DLA-HD1 projector was how beautifully judged the screen’s balance is between contrast and brightness. In other words, while the picture is certainly reflected off the screen with enough vigour to make its bright parts look really punchy and dynamic, its dark bits also look impressively black.


The brightness isn’t so dramatic that it overwhelms the dark elements to the point that they become grey. Also, the light seems as if it’s reflected right back out towards you, rather than just being dispersed around willy nilly as can happen with cheaper screens. This again helps the Vu-Easy BriteWhite deliver its impressive contrast range. 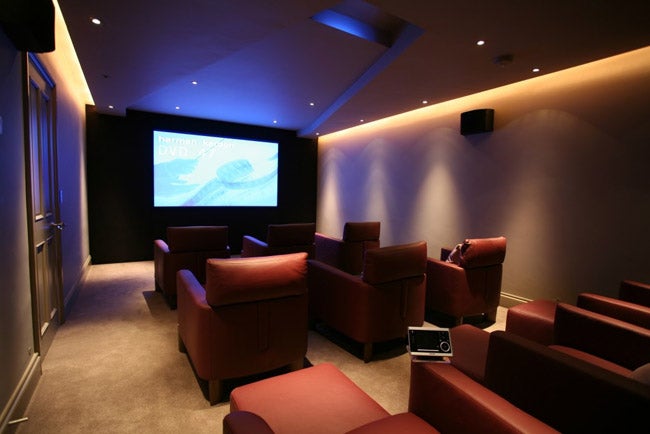 
The Vu-Easy BriteWhite’s colour response is very good too. The screen’s tone appears exceptionally neutral, allowing colours from sources as diverse as the ultra-vivid ”Viva Pinata 2” on the Xbox 360 and the stylishly washed-out ”Sweeney Todd” on Blu-ray to all look equally vivid and, crucially, equally natural.


The screen’s PVC coating, meanwhile, means that you don’t see any sign at all of the cross-hatch weave effect sometimes seen with screens that use more traditional fabric designs.


The way the design keeps the tension in the screen fabric is also outstanding, ensuring there are no funny curves or sags to distort the shape of what you’re watching.


Finally, the thick screen frame does a great job of soaking up reflections from the screen fabric and projector light leakage, giving the picture a really defined, contrast-enhancing border.


Try as we might, we really weren’t able to find anything significantly negative to say about the Vu-Easy. It’s unusually affordable for such an effective screen, it’s exceptionally practical, it’s easy to put together, and depending on the fabric you put in it, it can deliver first-class images from a bewilderingly wide range of projectors. Job’s a good ‘un, as they say up north.