Privacy is, in online culture terms, a logical extension of the desire to get your rocks off without someone peering over your virtual shoulder, so it’s a fairly logical business move, particularly as MindGeek is a developer and proponent of geo-locking age verification systems for use in the UK, campaigning for their introduction even after the government cancelled its plans for such a system.

While you can often expect to pay for performance, VPNhub is conspicuously expensive. Even though the dollar has weakened since it launched, subscriptions work out at £10.32/$13.99 per month or £61.89/$83.99 per year, going down to a more competitive average of £2.58/$3.49 if you spend £92.70/$125.64 on a three-year subscription. Surfshark is faster, cheaper, provides more features and is better at streaming.

A seven-day free trial is available but VPNhub demands your payment information upfront and will automatically bill you after seven days if you don’t cancel your subscription, so it’s got more in common with services that offer a money-back guarantee. There’s also an unlimited free tier, but this is, disappointingly, only available on smartphones

Although VPNhub has been around for a couple of years now, it still has a very bare-bones website and online user interface. Fortunately, I found its desktop client easy to use, and it offers a decent range of features.

AppAtomic states that it connects no traffic logs of user activity when connected to its VPN, although it’s neither been put to the test in court or had an independent audit carried out to confirm its privacy credentials.

You can choose from a selection of endpoints in over 60 territories, although some of the less commonly found locations that it used to support have disappeared since launch. By default, the VPN tunnel will automatically attempt to reconnect if it goes down for any reason. You can also enable a kill switch to prevent any traffic from being sent when the VPN connection goes down. This is particularly important for the privacy-conscious and those on insecure public internet hotspots. 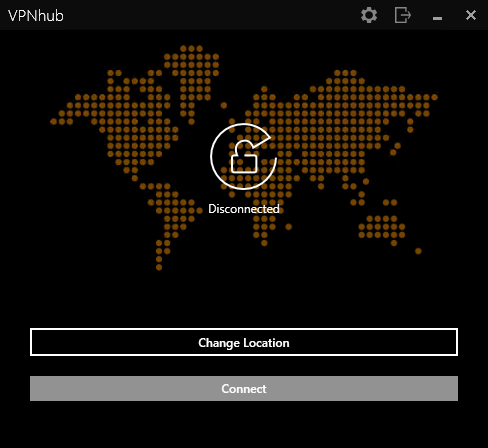 The application can be configured to start and connect when you log in to your computer, while more unusual options include a Scramble feature that attempts to hide the fact you’re using a VPN from your ISP or anyone else who might be looking at your traffic.

You can also view logs and switch between the default IKEv2 protocol and my preferred, highly secure OpenVPN protocol – I typically stick with defaults for testing and have done so in this case.

I can’t fault VPNhub on its connection speeds. It’s easily among the top three services I’ve tested in this group. Its slowest result, 124Mbps HTTP from the US, is nonetheless fast enough for even 4K streaming. Unfortunately, although it was initially a reliable option for streaming region-specific video content or remaining secure while watching your local services, that’s no longer the case when it comes to services that carry out any kind of serious checks for VPN or proxy traffic.

VPHhub has a great unlimited free tier, but it’s unfortunately only available on smartphones. Desktop users have to subscribe to VPNhub Premium, and even that only works under Windows and macOS, so if you want a VPN to use on your router, NAS or Linux desktop PC, this isn’t it. No OpenVPN profiles or configuration instructions are available for other devices, making VPNhub an option strictly for mainstream customers.

If you are one of those mainstream customers and want raw speed, you can still do better. VPNhub’s performance, features and service are all good, within certain limitations, but it’s clear at this stage we’re unlikely to see much innovation from this service. Go for Surfshark or ProtonVPN Plus instead if you have this kind of budget for a VPN, or check out our best VPN list for more recommendations.