The VonHaus 2000W Convector Heater with Turbo is cheap, and pretty ugly with it. It does have a 24-hour timer, though, and proved remarkably effective in our tests. There’s no tip-over protection so we can’t recommend it for houses with pets or kids, but if you don’t mind the look and you want a convector heater that really works, this is a bargain.

While you can splash out anything up to a few hundred pounds on a heater, you don’t have to look far to find cheap options like the VonHaus 2000W Convector Heater with Turbo. Big and ugly, it’s not something you’d choose for its looks, but with a fan booster and a useful timer, this heater is not as basic as its low price suggests.

VonHaus 2000W Convector Heater with Turbo – What you need to know

If you want a small heater that blends into the background, stop reading here. The VonHaus 2000W Convector Heater with Turbo is reasonably big and looks a bit like a bad attempt at a gaming PC case. There are huge vents at the top, wide feet at the bottom, and a fan grille on the front panel that looks like a child’s swimming flipper. 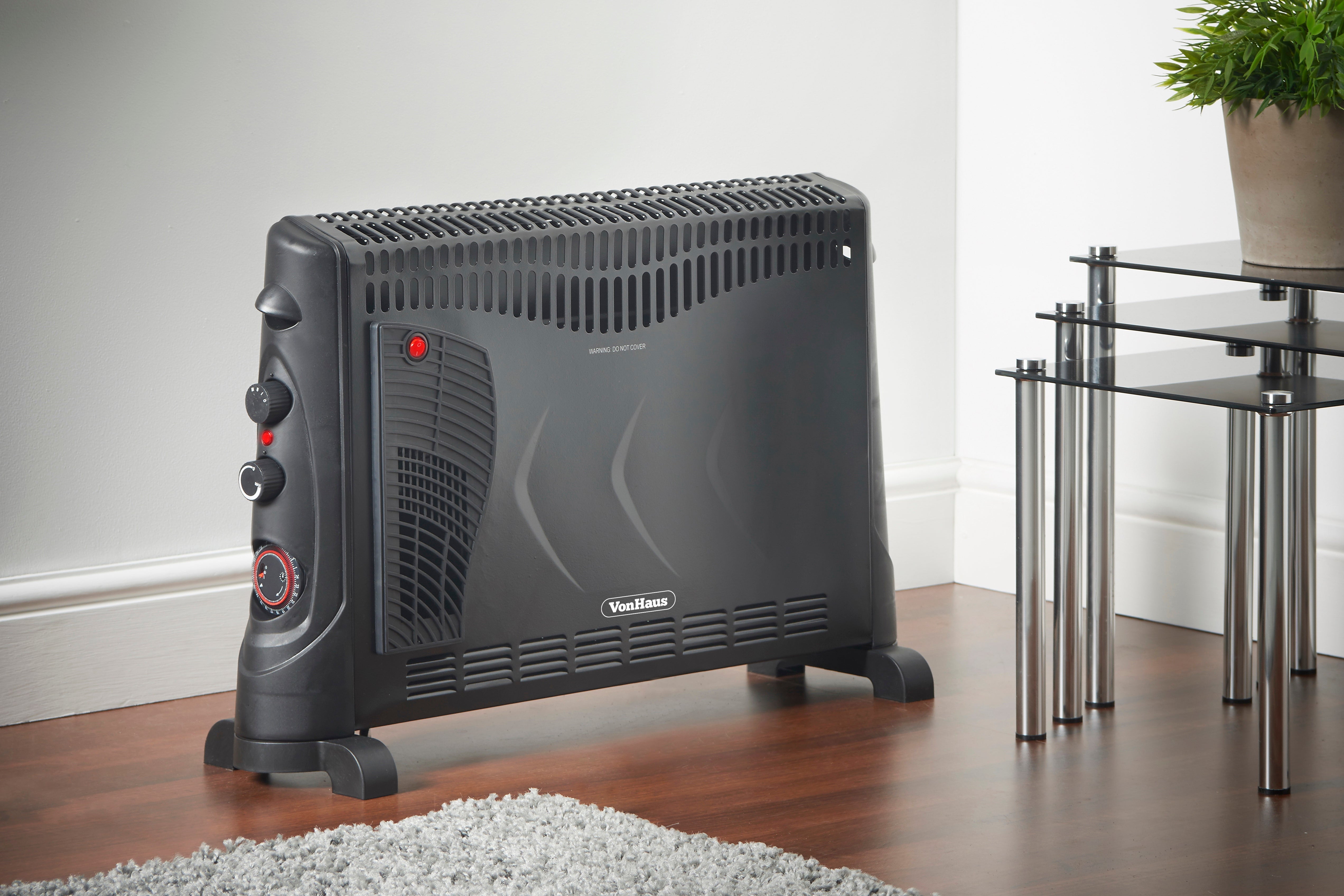 There is a power dial on the left side of the heater, along with a temperature dial, power lamp and an electromechanical 24-hour timer that allows you to schedule heating periods. I’m not sure why, but the fan control switch is on the front panel.

The heater arrives without its feet. Fitting them is a five-minute job using the six supplied screws, but even after checking that I had done it properly, the heater had a slight wobble on hard floors. On our sample, there was one place where the rear panel hadn’t been properly clipped in, but I’m confident this was a one-off manufacturing fault.

The basic controls are as you’d expect from a budget convector heater. One dial allows you to choose between off and three different levels of heat. To set the uncalibrated mechanical thermostat you simply wait for the room to reach the temperature you want, then dial it back until the heater cuts out. The timer is more fiddly, but it will be familiar to anyone who’s used an older-style electromechanical socket or heating timer. There are 96 pegs spaced around the circumference of a disc that revolves once a day, meaning each peg equates to 15mins. The heater arrives with all the pegs pulled out, which leaves the heater on. To set the time periods when you want the heater off, simply push in the corresponding pegs.

It’s a pain to set up but a useful way to schedule heating for periods when you’re out, asleep, or in another part of the house. Even so, you should use with caution, making sure there’s no chance of the heater being knocked over or covered. While this heater is fitted with an overheat device, there’s no tip-over protection.

Disappointingly for petrol heads, the turbo feature turns out to be a small fan which wafts hot air out of the flipper on the front panel. It’s not especially powerful – even while it’s operating there’s still a strong updraft of hot air from the large vents along the heater’s top edge. 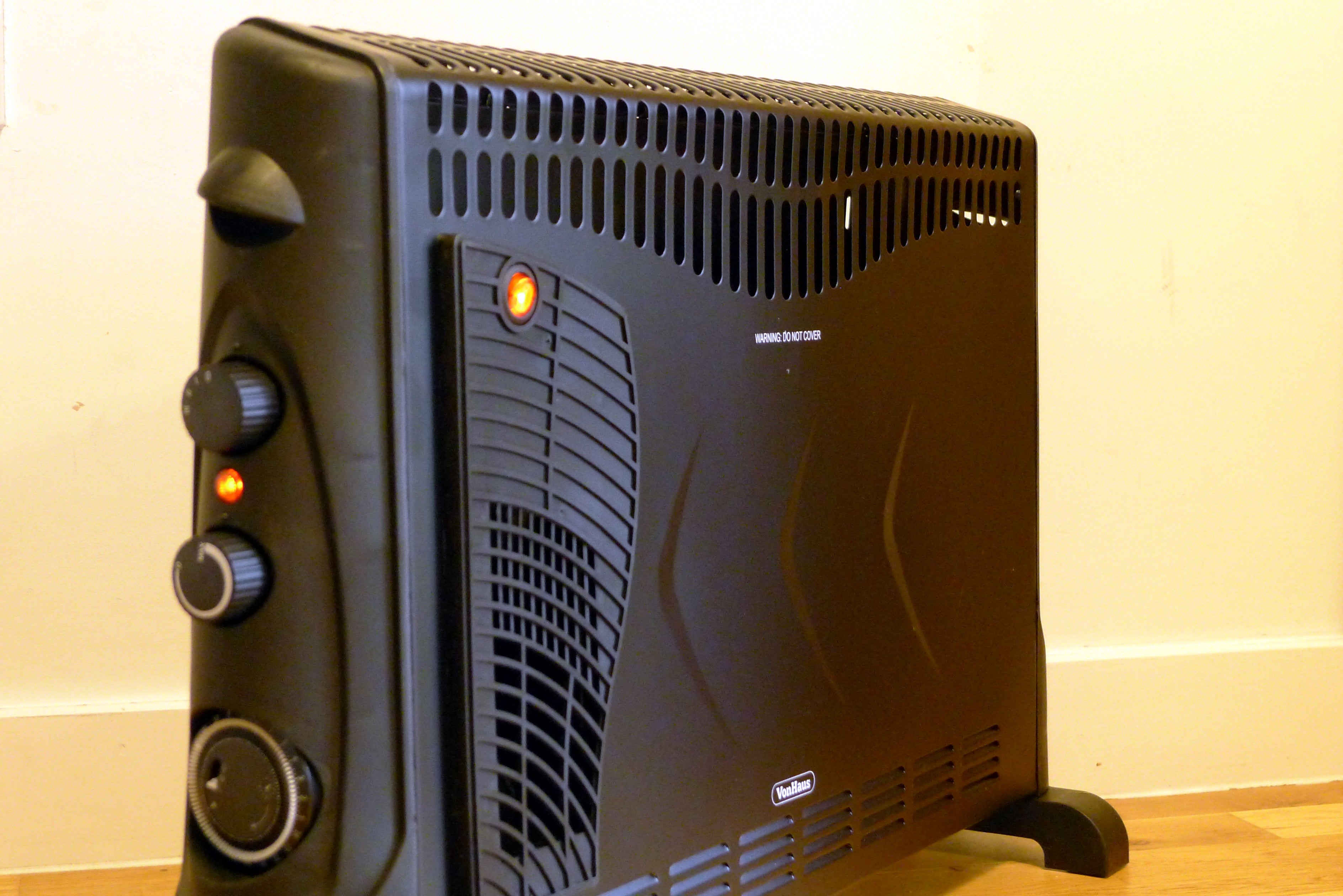 I measured the performance of this heater over half an hour in a 48 cubic-metre bedroom, using two thermometers on opposite sides of the room to measure temperature. Without the fan, it raised the average room temperature from 19.8℃ to 21.2℃, which is at the top end of what I’d expect from a convector heater. 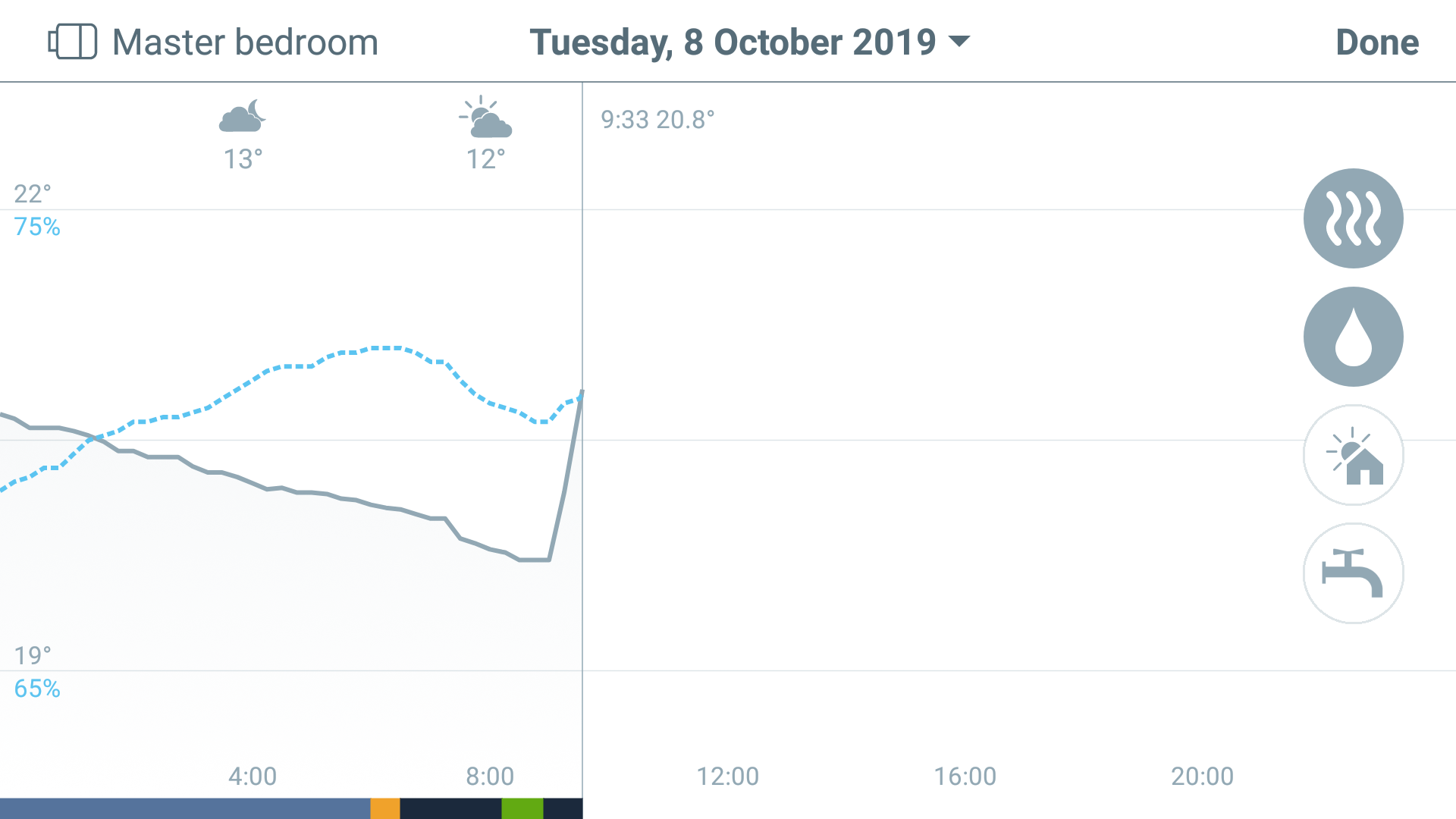 Performance is good enough to warm up a bedroom

While turbo is over-egging it, there’s no doubt that the fan makes this a more effective heater. With it switched on, the same room was heated from 20.3℃ to 22.9℃. I should point out, however, that these figures are the average across two thermometers which, in practice, experienced quite different temperature gains. This suggests that the fan is good at extracting more warm air out of the heater, but less good at circulating it evenly. With the fan turned on, heat is distributed further

This is perhaps not surprising given that the fan produces a swift but narrow blast of air. From 15cm I measured it at 2m/s (metres per second) with an airflow temperature of 41.6℃, but within a metre it had already dropped below the minimum 0.8m/s measurable with our anemometer. Happily, the fan is quiet: I measured 47.5dB from just 15cm away, dropping to a hushed 29.9dB at 1m.

Using a socket power meter, I measured peak consumption at just under 2kW, dropping to 1.2kW on the middle heat setting and 800W at the lowest. Operating the fan alone consumed 17W. Over our 30-min test, I recorded electricity consumption of 0.99kWh, which would typically cost around 14p.

Should I buy the VonHaus 2000W Convector Heater with Turbo?

There’s no getting away from the fact that this is an ugly heater and not in the same league as the Dyson Pure Hot+Cool –not to mention, with the fan switch on the front panel and everything else on the left, it could perhaps be better arranged. While it’s great to have the timer feature, it’s a bit fiddly to set and I have reservations about leaving a heater without tip-over protection to fend for itself.

These issues aside, this is an excellent convector for the money, working silently and quite effectively without its fan, and producing an impressive amount of heat. While the gentle breeze may not be up to circulating air in the largest rooms, this heater is comparatively well suited to medium-sized spaces or coping with drafts or poor insulation in smaller ones. It’s great value and comes with a two-year warranty.